What You Need to Know About Star Wars' Imperial Inquisitorius

Jedi: Fallen Order presents Star Wars fans with a foe that may be a bit unfamiliar to them, as young Jedi purge survivor Cal Kestis goes up against the sinister agents of the Emperor known as the Inquistorius. But these saber-spinning acolytes already have a rich and tragic place in Star Wars’ canon. Here’s what you need to know before you go slicing them up.

Even though Order 66 led to the shattering of the Jedi Order, not every Jedi fell to the lightsaber of Anakin Skywalker or the blaster fire of brainwashed Clone Troopers. Many Jedi far enough away from outposts and Temples, or lucky enough to fight their way out of turncoat battalions, necessitated a new faction within the nascent Galactic Empire that could, once and for all, stamp out the fire of the Jedi across the galaxy. 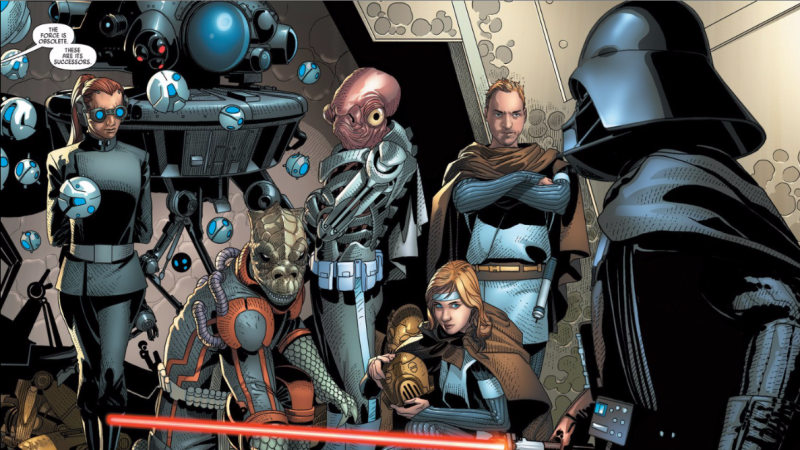 The Emperor had Darth Vader of course, who personally hunted down as many Jedi as he could in the early days of the Empire, but as powerful as Vader was, he was but one man. Palpatine had plans for acolytes of the Dark Side beyond his chosen apprentice – disappointed as he was that Vader’s injuries on Mustafar had transformed him into a powerful, but hindered tool in his vast arsenal.

In Kieron Gillen and Salvador Larocca’s run on Darth Vader, we were introduced to the agents of the Cylo Directive, a group of warriors with cybernetic enhancements that could replicate basic Force abilities and aid their untrained cyborg owners in using lightsabers themselves. Potential replacements for Vader, they didn’t last – mainly because Vader found out about them and promptly offed a bunch.

But to truly hunt a Jedi, the Force was a powerful and useful tool. And what better way to find a Force user in the rise of the Empire than to find a broken Jedi? 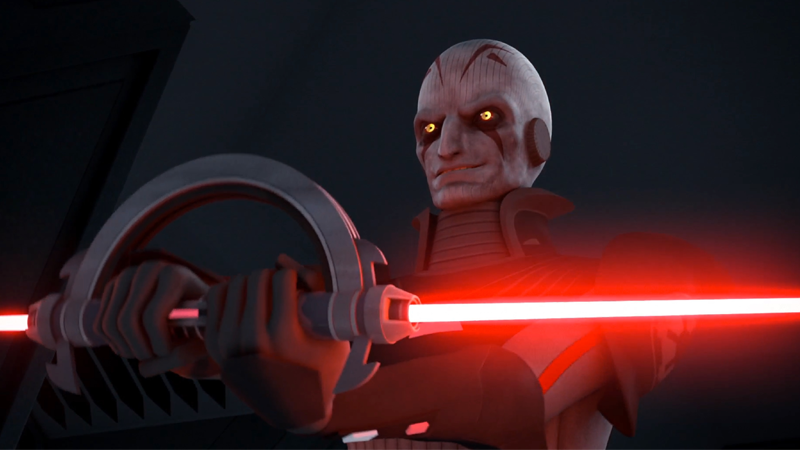 Nice lightsaber you got there, Inquisitor. (Image: Lucasfilm)

Although the idea of the Inquistorius had long existed since the days of the old West End Star Wars roleplaying game, Star Wars Rebels canonised the idea for the reborn Star Wars canon with the introduction of, well, the Grand Inquisitor, the primary antagonist of the animated series’ first season. Unlike Doctor Cylo’s cyborg agents, the Grand Inquisitor was Force Sensitive. He was trained not just in the ways of the Force but in the art of lightsaber combat, utilising a specialised twin-bladed lightsaber that could also be set to automatically spin like a bonkers helicopter blade of death.

But enough about that and more about the Force Sensitivity. Although the Grand Inquisitor himself perished by the end of Rebels’ first season, we met a few more Inquisitors. But it’s not until the second season that really we learn the dark secret at the heart of the group, when a vision in the Lothal Jedi Temple reveals to Kanan Jarrus that the Grand Inquisitor was once a Jedi Knight, as were each and every one of the Inquisitors both he and Ezra Bridger had been chased by during the events of Rebels.

In fact, the Grand Inquisitor himself was one of the Temple Guards that had personally helped arrest Barris Offee and Ahsoka Tano in the wake of a bombing at the Temple. The events surrounding Ahsoka’s exit from the Jedi Order and the part he played in them – presented in Clone Wars' fifth season finale – disillusioned the Knight so much that he ultimately went to the Dark Side. This allowed Palpatine to manipulate not just him, but several other wayward Jedi broken by the Order’s downfall into becoming Dark Side acolytes, providing the foundation for the Imperial Inquistorius. 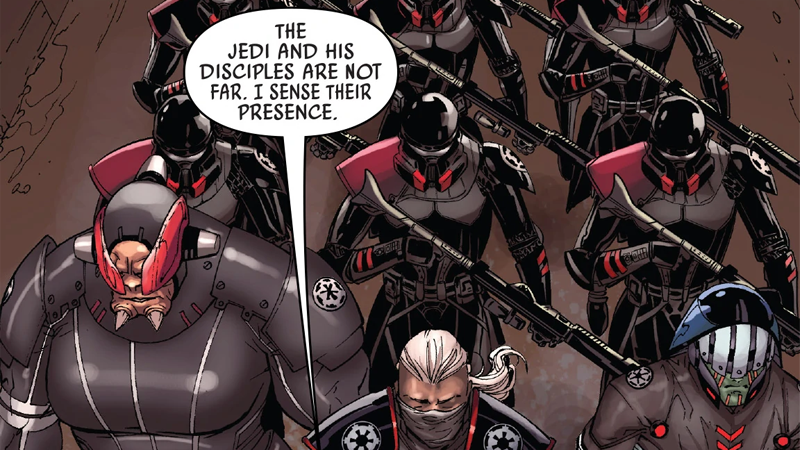 Like Cylo’s agents, Vader quickly discovered his Master’s redundancy plans. But unlike the Cylo Directive, the Inquistorius was not built to replace Vader, rather to act as his tools in hunting down Jedi survivors of the Purge. Hidden in a base in Coruscant’s industrial sector, the Works, the Inqusitorius were trained directly in lightsaber combat and in enhancing their force skills to tap into the Dark Side by Vader and the Grand Inquisitor.

Each member of the Inquisition – we know of roughly 12 in existence between Revenge of the Sith and A New Hope, and they’ve seemingly been wiped out altogether by the time of the latter – not only had to corrupt their own Kyber crystals with the power of the Dark Side to join the Inquisition, but give up their prior identities entirely. Most Inquisitors wore masks to disguise their faces but all took on new names as part of the Inquistorius’ hierarchy: Each had a number (it’s not been disclosed what the ordering represents, whether it’s rank or even the order in which they joined the Inquistorius), and then were referred to as either Sister or Brother depending on gender.

These Dark Siders weren’t the only official force in the Inquistorius, however. Beyond their capacity to commandeer any Imperial assets (like the Stormtrooper Corps) while on a mission, the Inqusitorius also had its own cadre of elite troops: the Purge Troopers. The last batch of clones made from Jango Fett’s stock before the termination of the Kaminoan cloning facilities, the Purge Troopers were designed with even less autonomy than their former brethren in the Republic (and in its earliest days, the Imperial) Army, and trained specifically to adhere to Order 66's mandate of exterminating the Jedi. They wielded not just the standard blasters and rifles of their predecessors, but anti-Lightsaber weaponry like electrostaffs specifically to hunt their foes.

Although they come from a long line of Force-using Imperial operatives in the old EU, the Inquistorius is still a relatively nascent concept in the reborn Star Wars continuity as we’ve known in over the last five years. But they also represent in some ways, the most compelling idea at the heart of this “it all matters” approach to continuity – these are characters that, wholly separate from the saga of the main movies, have existed and thrived through alternate material, whether it’s books, TV shows, comics, and now with Fallen Order, video games.

It’s cool to see that a new audience of fans are being introduced to this sinister but intriguing part of one of the most well-explored “unseen” chapters of the Star Wars saga as we know it – and if they like the evil agents hunting them down as they play Fallen Order, maybe it’ll be their first steps into a larger world of Star Wars lore.