Why Did Vikings Bury Two People in Boats on Top of Each Other, 100 Years Apart?

Archaeologists in central Norway have discovered an unusual Viking burial site in which one boat grave was placed on top of another. On its own, that’s pretty odd – but it’s even weirder considering the two burials are separated by 100 years.

That Vikings sometimes buried their dead inside of boats is well documented, but the new discovery, in which two boat graves were placed atop each other, is exceptionally rare and poorly understood.

The unusual grave setting was discovered this past October during road maintenance, prompting an investigation by a team of archaeologists from the NTNU Science Museum, according to a ScienceNorway article commissioned by the NTNU Norwegian University of Science and Technology. The site is located near the village of Vinjeøra in central Norway.

A video from NTNU Norwegian University of Science and Technology (with Norwegian captions) illustrating the Viking boat burials.

The graves hold two bodies, a male and female. The older grave, containing a Viking man, dates back to the 8th century CE, while the more recent grave, of a Viking woman, dates back to the 9th century CE. The Vikings unearthed the original grave after some 100 years, placed the second boat grave on top, and then reburied both, reports ScienceNorway. The reason isn’t entirely clear, but the archaeologists have good reason to believe the individuals were related.

“It’s reasonable to think that the two were buried together to mark the family’s ownership to the farm, in a society that for the most part didn’t write things down.”

“I had heard about several boat graves being buried in one burial mound, but never about a boat that had been buried inside another boat,” NTNU archaeologist Raymond Sauvage, the project manager for the dig, told ScienceNorway. “I have since learned that a few double boat graves were found in the 1950s, at Tjølling, in the south of the Norwegian county of Vestfold. Still, this is essentially an unknown phenomenon.”

Most of the wood is gone from the two boats, but the archaeologists found the remaining rivets in their original positions, allowing them to visualise the placement of the boat graves. The boats were buried together within a large burial mound that protruded from the landscape. The site is at the edge of a cliff overlooking a fjord, so it was likely an impressive view, according to Sauvage. 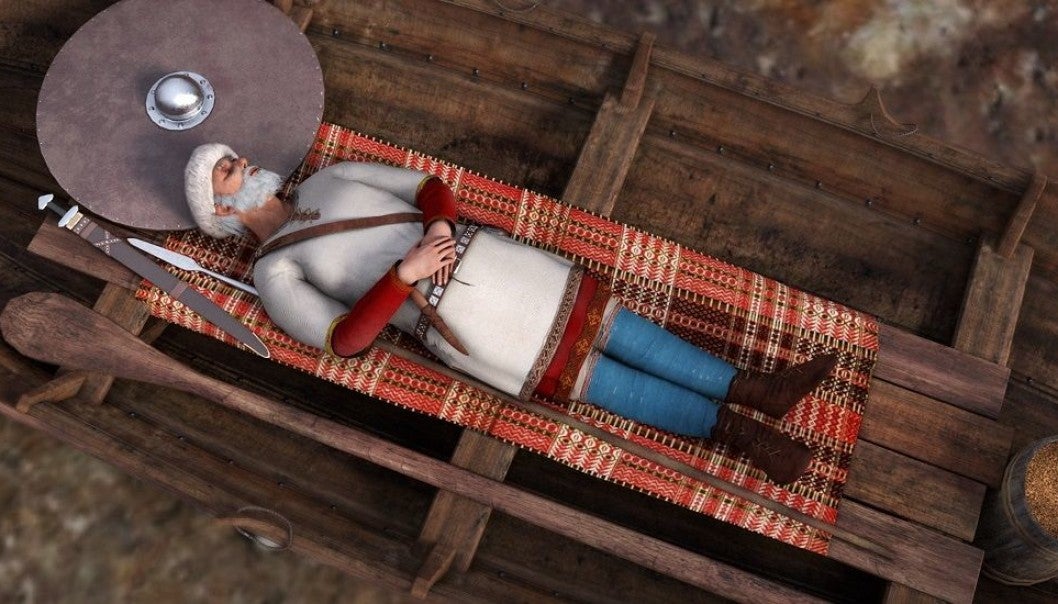 Few details were given about the man, but he was found buried alongside his shield and a single-edged sword. His weapon dates to the Merovingian era in Northern Europe, reports ScienceNorway.

The woman’s boat was around 7 to 8 metres (23 to 26 feet) long. She was buried wearing a necklace with a cross-shaped pendant, and her dress was fastened at the front with a pair of large shell-shaped brooches made from gilded bronze. Around her body lay an assortment of funerary items, including a pearl necklace, scissors, a spindle whorl, and the head of a cow. 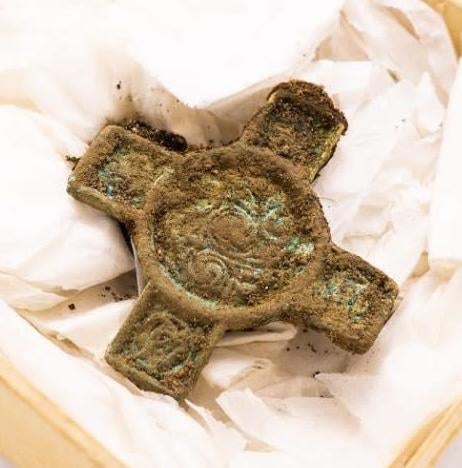 The soil where the boat graves were found was not amenable to preserving bodily remains, but the scientists were able to extract a piece of the woman’s skull, which could yield DNA and provide the material for an isotopic analysis, the latter of which determine diet and place of origin.

It’s quite possible these two individuals were related, despite being separated by 100 years. The Viking community would have likely known the original occupant of the boat grave, according to the archaeologists. Vikings didn’t keep written records, but family knowledge could be passed down from generation to generation.

Extensive farming over the years has largely erased the burial mound, but the team has plans to return to the site next summer to search for more artefacts. 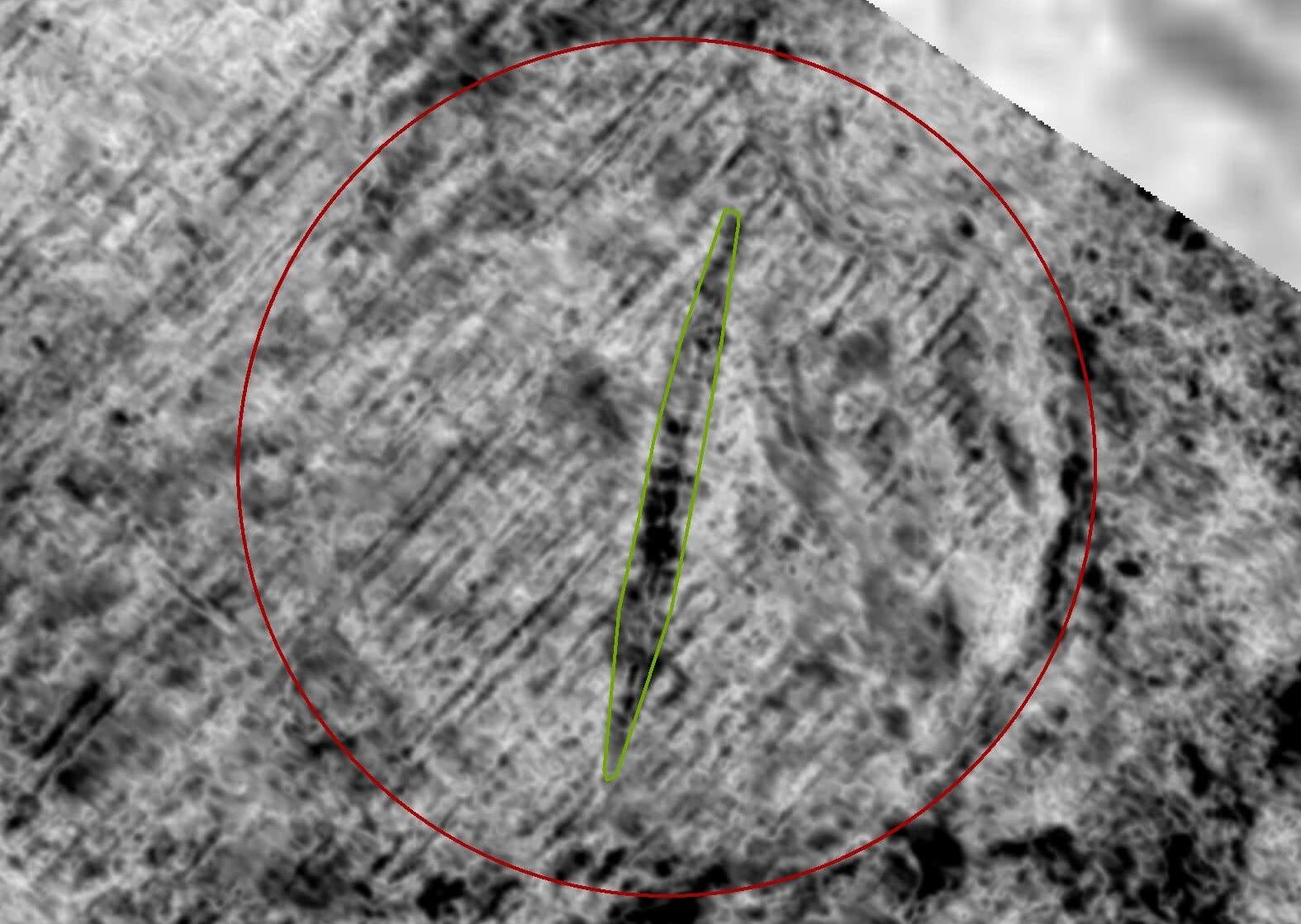 In related news, an archaeological team from the Norwegian Institute for Cultural Heritage Research (NIKU) and other institutions has used ground-penetrating radar to detect traces of a 1,000-year-old Viking ship buried in Møre of Romsdal county, Norway. The ship is estimated to be around 16 to 17 metres in length. The georadar may have also detected the signs of an ancient settlement, but more research is needed to be sure.