New fossil evidence suggests the Neanderthal practice of collecting eagle talons, which were likely worn as jewellery or used to create powerful symbols, was more extensive than previously thought. Remarkably, the dating of these artefacts suggests modern humans might have copied this practice.

Evidence presented today in Science Advances bolsters a theory that suggests Neanderthals used eagle talons as symbolic decorations, which they may have worn as necklaces, earrings, or other forms of personal adornment. Evidence of this practice among Neanderthals has been found elsewhere, but the new find – a lone eagle toe bone pulled from Spain's Foradada Cave – is the first to be found in the Iberian Peninsula. What’s more, at 39,000 years old, it’s possibly the most “modern” known example of talon use among the Neanderthals, appearing just before they went extinct.

That said, another anthropologist says it’s unclear if these particular Neanderthals used eagle talons for symbolic or decorative reasons, and that more supporting evidence is needed.

That Neanderthals made their own jewellery is hardly a surprise. Other archaeological evidence suggests they made cave paintings and decorated themselves with feathers. What’s more, modern humans arriving in Europe might have even acquired some technological know-how from Neanderthals, including the lissoir – a specialised bone for working tough animal hides. Fascinatingly, as the new paper proposes, modern humans may have also adopted the Neanderthal practice of using eagle talons as jewellery. 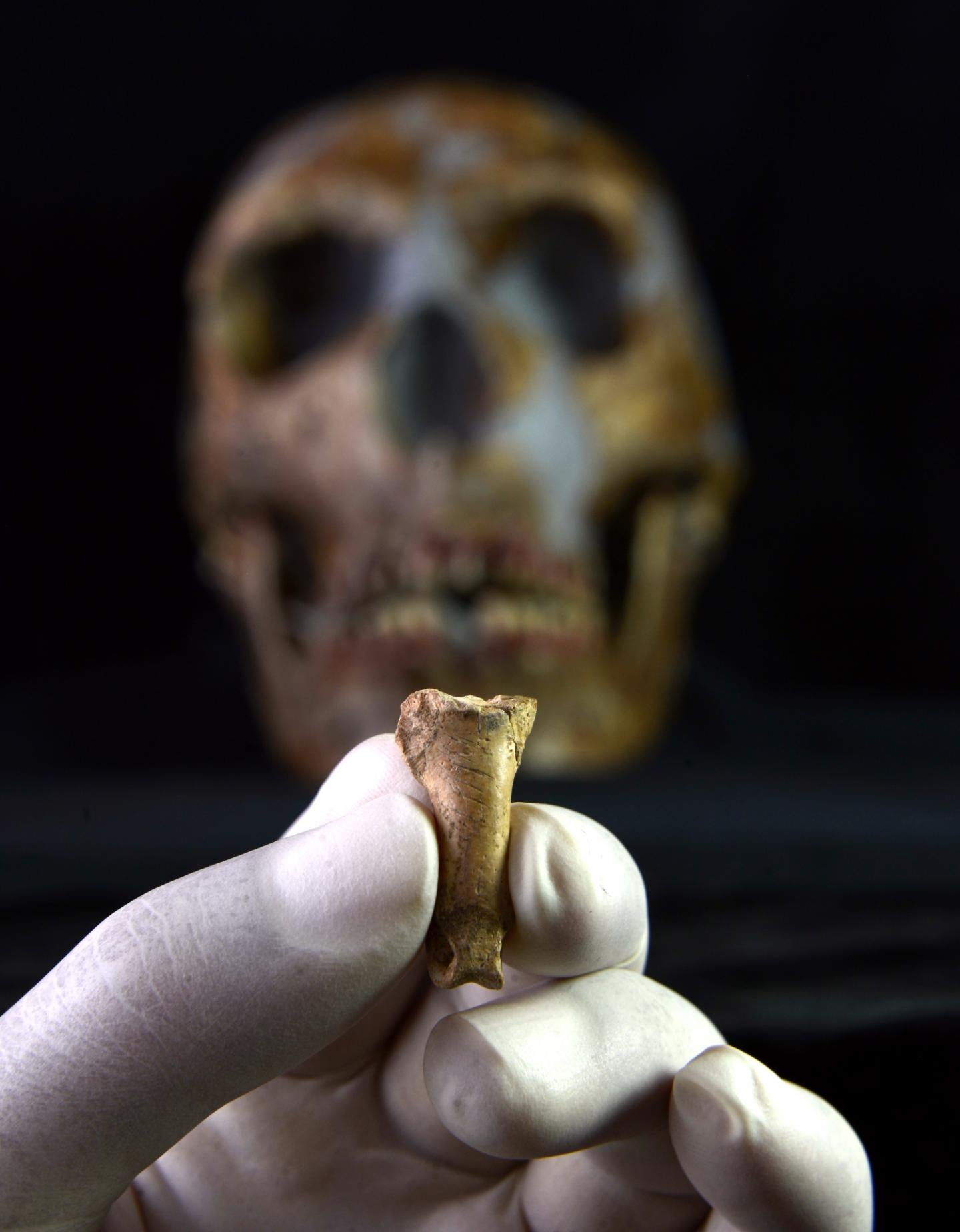 “This paper builds on earlier work, including mine, that shows that Neanderthals exploited raptor talons presumably for symbolic reasons,” said Eugene Morin, an anthropologist at Trent University in Canada not involved with the new study, in an email to Gizmodo. “What’s new here is that for the first time this behaviour is documented in Iberia. The paper also shows that it existed among Châtelperronian Neanderthals, likely the very last Neanderthals in the region. In other words, the paper extends the geographical and temporal range for this behaviour.”

Indeed, the new study co-authored by Antonio Rodríguez-Hidalgo from the Institute of Evolution in Africa (IDEA) expands the timeframe within which Neanderthals collected eagle talons, a period stretching from 130,000 to 39,000 years ago. The Neanderthals went extinct shortly thereafter.

“The evidence of symbolic behaviour – in burials, art, or for personal adornment – among archaic human species is scarce,” explained Rodríguez-Hidalgo in an email to Gizmodo. “Each new find is a new piece of the great puzzle. The findings of Foradada Cave, in Spain, represent the most recent case of use of eagle talons as ornaments by the Neanderthals.”

It’s important to point out that Rodríguez-Hidalgo and his colleagues did not actually uncover eagle talons. Rather, they found indirect evidence in the form of a single eagle phalanx, or toe bone, from the left leg of a Spanish Imperial Eagle, to which a talon was once attached. The scientists documented specific cut marks made onto this bone as evidence that the Neanderthals manually extracted the talon. 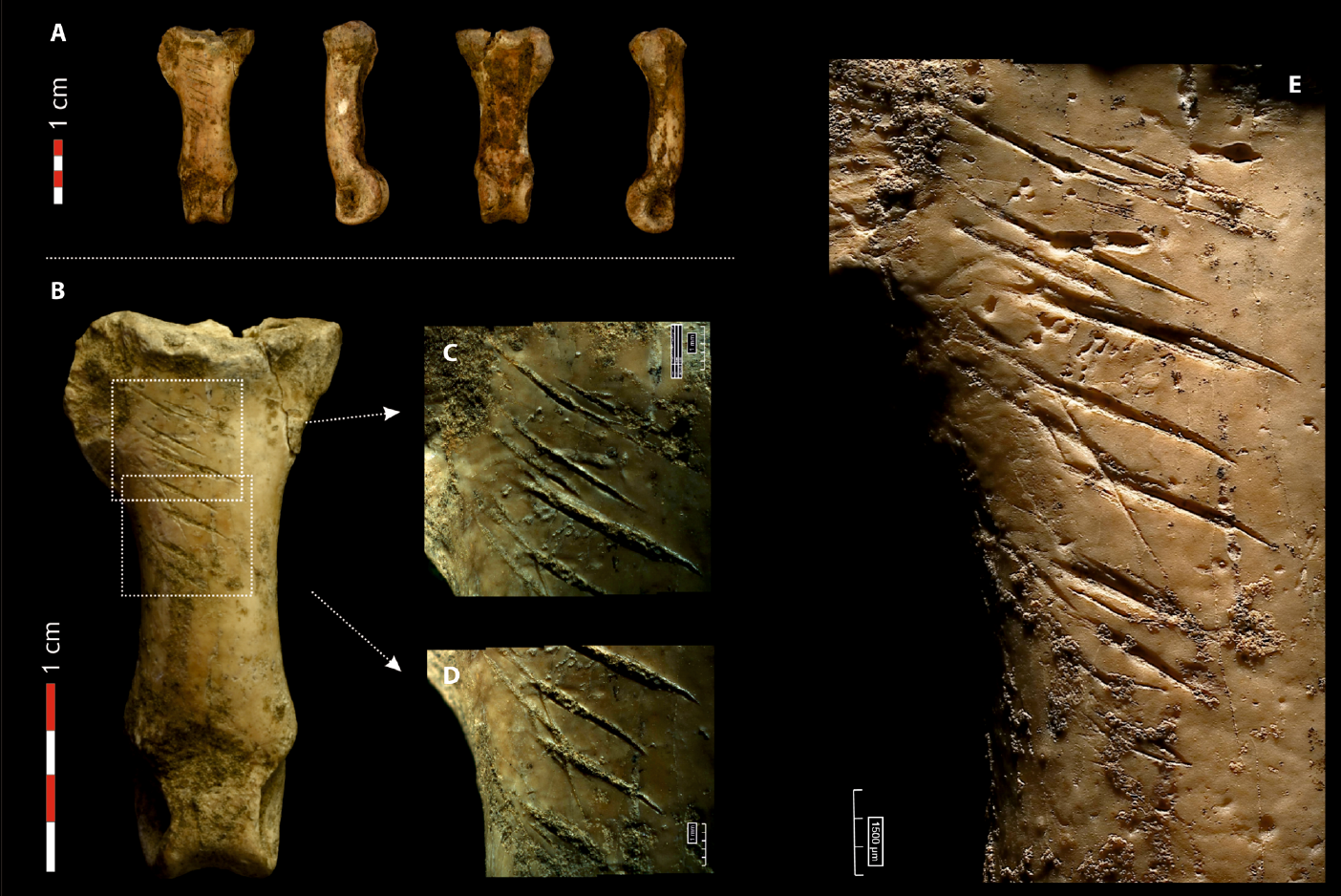 It’s possible that Neanderthals made these marks while butchering an eagle for food, but the new paper rules this out due to the “complete lack of nutritional value of a bird’s lower extremities.” It’s also possible that the talons were used as tools, such as for piercing or needling, but the authors thought this unlikely. Neanderthals “used very few tools made with bone, at least as far as we know now,” Rodríguez-Hidalgo told Gizmodo, adding that “Neanderthals chose the eagle talons, because it was a deliberate decision, because it was important to choose eagles by their significance.”

John Stewart, an associate professor of palaeoecology and environmental change at Bournemouth University not involved with the research, said an important aspect of the study is that, as far as he knows, it’s the first time cut marks on bird bones have been analysed with a scanning technology developed by biologist Silvia Bellow from London's Natural History Museum.

“This makes it a lot more convincing than previous suggested claims,” Stewart said.

The authors don’t know if these talons were used in necklaces or if they were worn as earrings or bracelets, but these ornaments “transmitted a message that the members of the group could understand and that other Neanderthals, at least from southern Europe, could understand,” Rodríguez-Hidalgo said. “Unfortunately, we do not have a Rosetta Stone to decode this message.”

David Frayer, an anthropologist at the University of Kansas not involved with the new research, said he was “happy” to read about this new evidence, but he had some concerns.

First off, some archaeologists aren’t convinced that the Châtelperronian layer in Foradada Cave can be linked to Neanderthals, “so this paper will not sway them,” Frayer wrote to Gizmodo.

Secondly, Frayer emphasised that the authors did not find an actual eagle talon. Back in in 2015, Frayer and his colleagues did just that, publishing a study detailing the discovery of several eagle talons in Croatia’s Krapina Cave that were dated to 130,000 years old. Talons are “much more informative,” said Frayer, “but this was just a phalanx.” By itself, the cut marks on the toe bone “do not say much about symbolic intentions.”

Without supporting evidence, Frayer is “not convinced these are anything but butchering marks, but I am not a specialist in cut marks as they relate to butchering,” he said. “I agree they were not eating eagles, but I would like to have seen more. It is too bad they have yet to find talons at Foradada Cave.”

While more evidence would certainly help, this is still an important piece of a growing puzzle. In total, archaeologists have now collected 24 pieces like this, revealing the Neanderthal fascination with these majestic birds.