Actually, 2019's Gadget of the Year Is My Electronic Chicken Door

By Andrew Couts on at

The best gadget of the year is neither phone nor laptop nor smartwatch nor headphones. It’s not even something most people need. It is, instead, an automatic chicken door, a simple piece of tech that not only changed my family’s life for the better, it may have also saved my marriage.

When all’s said and done, my legacy as a professional, among my colleagues at least, will have nothing to do with my work and everything to do with the fact that I’m the guy who lives in the woods and has a lot of pets. Fair enough. My house in New York’s Hudson Valley (“It’s about two hours up the Hudson River from Manhattan,” is how I usually explain it to baffled Brooklynites) is currently home to two dogs, four cats, 14 chickens, and a snake.

The dogs are, of course, the neediest of the bunch – our entire life is structured around their various demands, which are many. But they often travel with us, and their demands come with them. The cats are chill and can be left home alone for a few days as long as there’s a pile of food and a couple of full water bowls. Dot, my 15-year-old ball python, can go a full week without needing a thing. It’s the chickens whose fragile feathered lives became a life-altering responsibility.

As livestock go, chickens are relatively low-maintenance. Fill their food and water buckets once a week, let them out to roam, and they’re good. Sure, you have to collect the eggs during the months when they’re laying, but if you miss a day or two, it’s no biggie. The twist is that, when left in an open coop overnight, they will likely all be murdered.

Foxes, raccoons, weasels, the neighbours’ dogs – everything wants to eat a chicken. So unless you enjoy coming home to a massacre, you have to make sure the chicks are all locked up tight in their coop each night. This means that, if you have a regular manual chicken door, someone has to be home every day to close it up in the evening and re-open it each morning.

Because my office is in New York City, I was invariably home late. This meant that Jennifer, who also has a long commute, had to go home to “close up the chicks,” as we say, rather than go to the gym or yoga or go spend the night visiting her family or friends. This was fine for a while. But after several months, Jennifer had had enough.

“I can’t do this anymore,” she’d say. “I need to be able to be away from the house sometimes. We need to get the electronic chicken door.”

That conversation happened repeatedly for about six months before I finally got it. I took that long because a) I am an idiot, and b) the chicken door I wanted to buy cost hundreds of dollars. I’d purposely spent less than $300 on the entire chicken coop and the chickens themselves, and I didn’t want to double that expense on a single part. Eventually, I gave in and bought the damn thing. Turns out, pretending your partner doesn’t need something because you don’t feel like spending money on it just makes you an asshole. 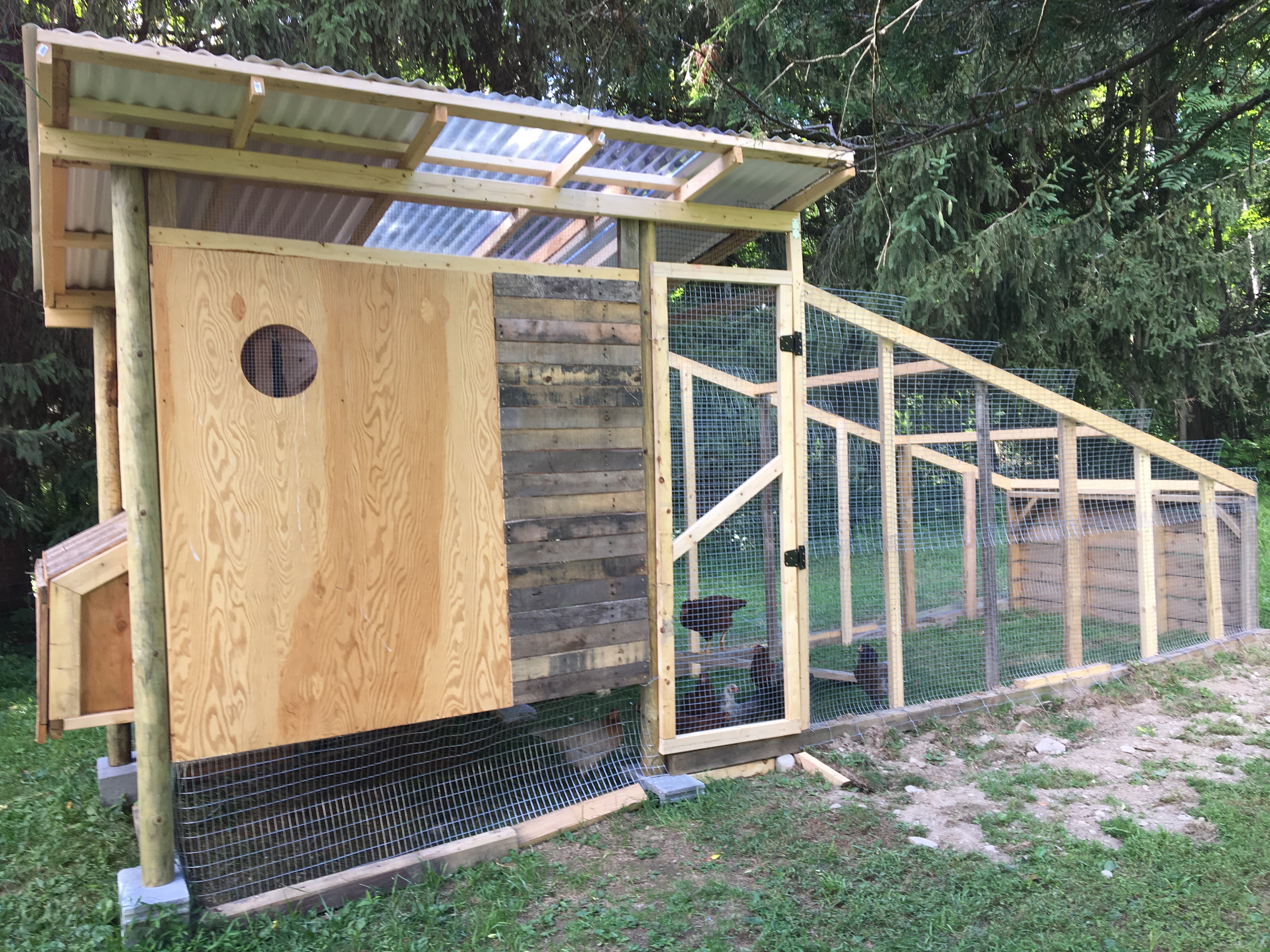 My nearly-completed coop, which I made mostly from scrap wood plus around $200 in lumber and other building 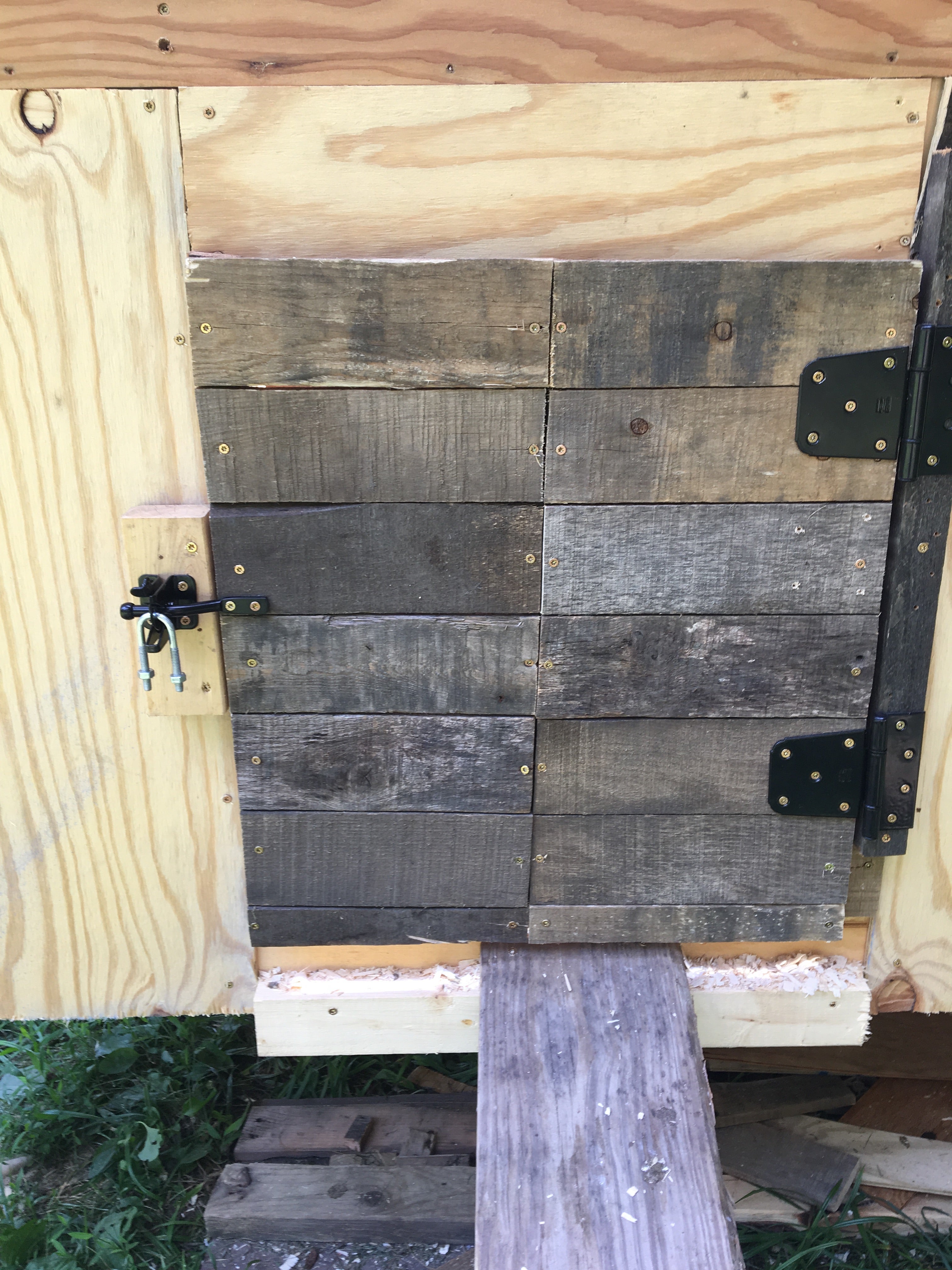 The coop’s original door, which was the opposite of automatic. Fun fact: The U-bolt is on there because raccoons can figure out how to open latches, the crafty little fuckers. 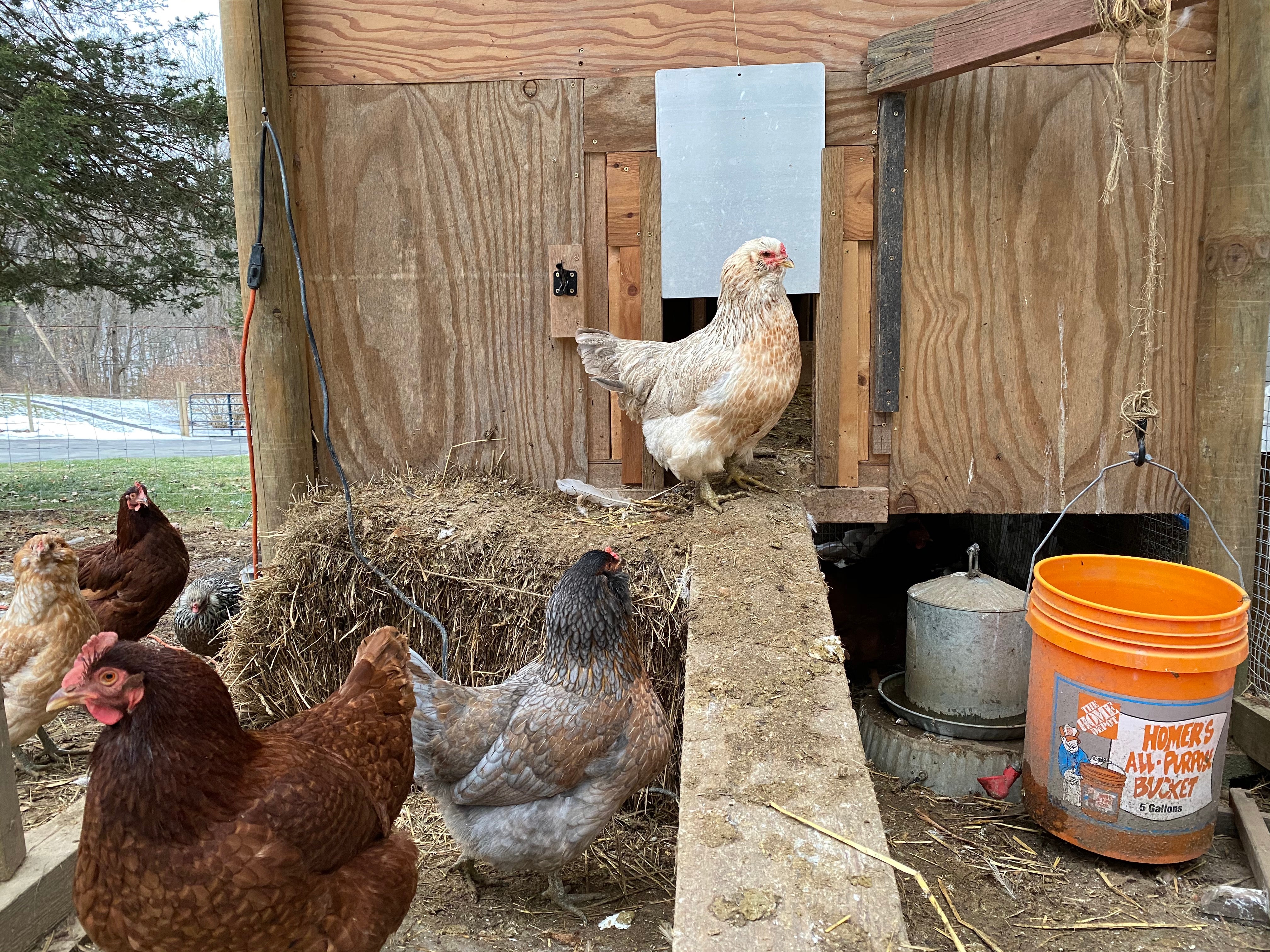 Chickens are primarily controlled by the sun. They mostly stop laying eggs during months when there are fewer than 12 hours of sunlight. The whole crowing-at-dawn thing is true – they wake up with the sun, and the rooster likes to be a dick about it. And like magic, these little meat robots naturally put themselves to bed when the sun starts to go down.

Given that’s how chickens work, the ChickenGuard opener packs a light sensor that automatically opens the metal coop door when the sun comes up and closes at your desired time after sunset. (If you set it to close too early, any lingering chickens get stuck outside, defeating the whole purpose of an automatic door.) It has a simple digital display, a terrible three-button-controlled user interface, and a light that tells you when its batteries are almost dead. And... that’s it, that’s the gadget.

It’s all very quaint, and it just works. It’s also quite obvious to me now, having lived with the automatic chicken door for nearly a year, just how dumb I was for not buying this contraption from the very beginning.

Besides the benefits to our lives, it’s also been good for the chickens. They get to go out into the run even if we sleep in. They don’t get eaten by weasels. And, because we don’t go out to the coop as much during the low-egg months, we failed to notice one of the hens sitting on some eggs for a few weeks, which resulted in a couple of surprise baby chicks.

Got a little surprise in the chicken coop this morning. 🐥🐣 pic.twitter.com/1xcCfHXMoQ

Eleven months after buying the electronic chicken door, Jennifer is happily untethered from our house, able to stay out late, or travel, or just not worry about the chickens too much. Our flock grew by two. Our neighbours no longer have to drive to our house twice a day to open or close the coop door anytime we go out of town. And I am a better, still-married person, having realised the errors of being a cheap jerk. I got the new iPhone this year. It hasn’t offered anything close to those kinds of benefits.