Billionaire tech icon Elon Musk turned a lot of heads in the US city of Malibu, California on Saturday night when he showed up to a swanky restaurant in his new Tesla Cybertruck. But Musk’s night on the town included at least one embarrassing hiccup. The founder of Tesla and SpaceX hit a traffic pylon with his shiny new vehicle that some Twitter users joked was roughly the height of a small child.

Musk was spotted at Nobu, one of the more expensive Japanese restaurants in LA, where the new Cybertruck got a lot of attention on Saturday. According to celebrity news site TMZ the valets at Nobu decided to keep the truck front and centre in the car park, where passersby stopped to get a peek at the new electric vehicle. At one point, Musk even came out of the restaurant with actor Edward Norton to show off his eye-catching vehicle.

The Cybertruck was first unveiled at an awkward ceremony on 21 November where windows were shattered during a demonstration of how “bulletproof” the truck was, but this weekend’s blunder was arguably more cringeworthy. 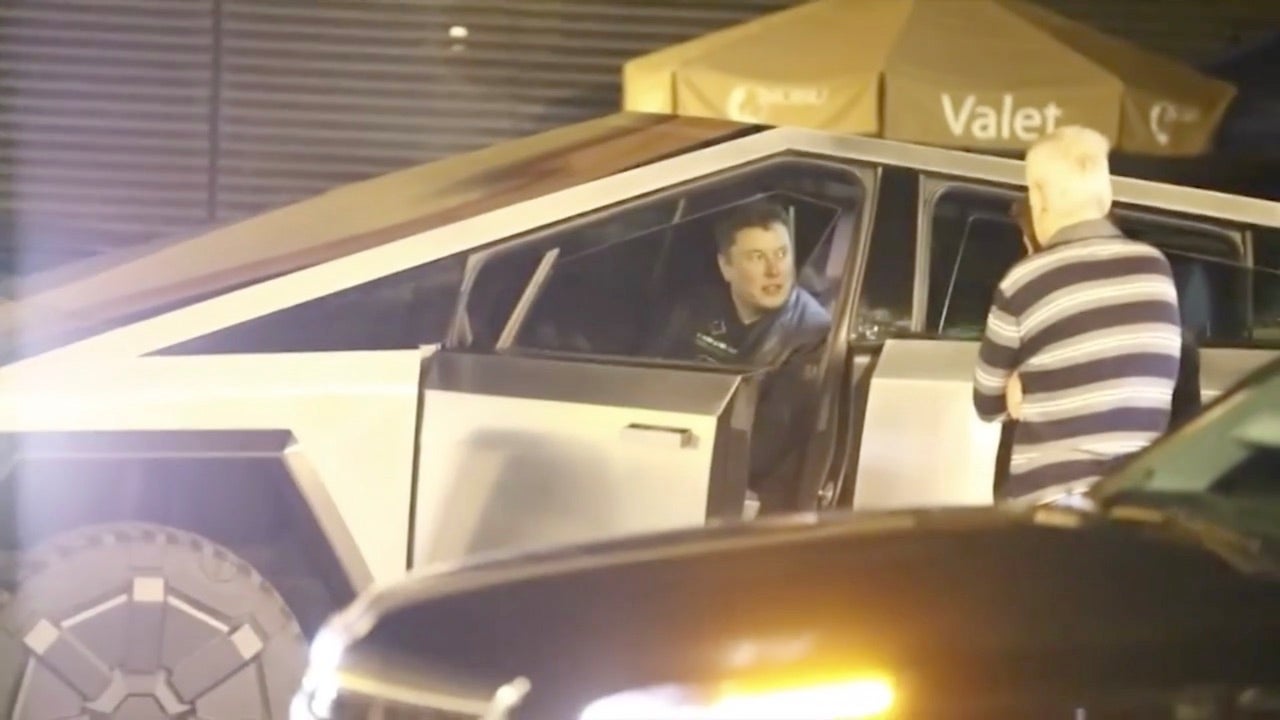 The Cybertruck doesn’t appear to have basic safety features yet like wing mirrors and windscreen wipers, which presumably hampered Musk’s ability to drive without hitting things. The vehicle’s strange shape leaves some bizarre blindspots, to say the least.

And as anyone can see and hear from the video, the Cybertruck makes a loud “thud” noise as Musk hits the pylon. It’s almost comical, but apparently it wasn’t loud enough to make Musk stop his vehicle. Either that or he didn’t care.

Musk’s vehicle was also spotted on the 405 freeway that same night around 11:00pm, according to YouTube user Roberto Cruz who posted two videos of the dystopian-style truck.

Is it legal to drive around a prototype vehicle like the Cybertruck on public roads? That part remains unclear.

As the car news website The Driven points out, the vehicle can be on California’s public roads if it has manufacturer’s plates and is being used for testing purposes. But a night out at Nobu isn’t exactly proper “test” conditions. Or maybe it is, as long as you’re wealthy.

At the end of the day it probably doesn’t matter whether Musk is breaking any laws while driving his experimental vehicle on California roads. Normal laws for all of us don’t apply to billionaires, as we saw with last week’s verdict in favour of Musk who called some poor fellow a “paedo guy” with absolutely no evidence. 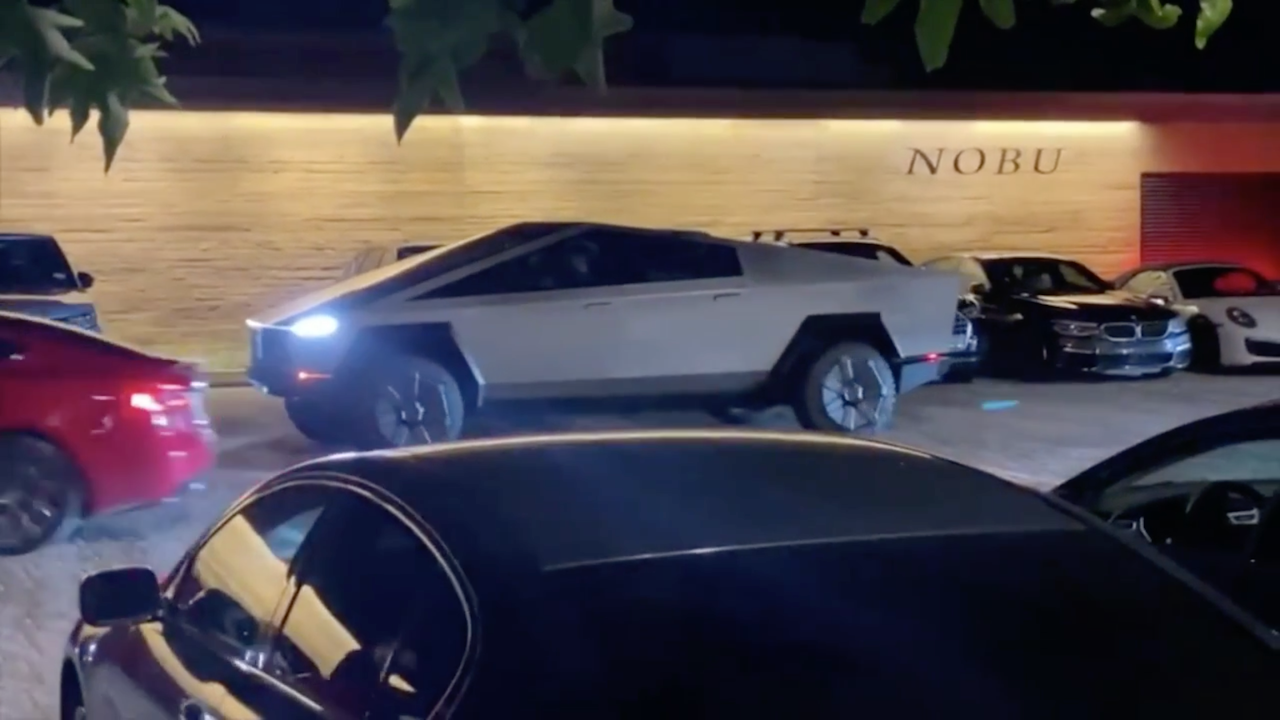 If you see Musk’s Cybertruck out on the streets, enjoy. But maybe hide your kids. Musk looks like he’s prone to mowing down anything under a couple of feet tall.