Just in time for the busy holiday travel season, the Google Assistant’s real-time Interpreter Mode is getting a critical upgrade as Google begins pushing the feature out to phones worldwide.

Google’s Interpreter Mode was first announced earlier this year at CES. However, up till now, the feature wasn’t all that useful as it was only available on smart displays like the Google Nest Hub, which aren’t exactly what I’d call portable.

But now, users will be able to activate Interpreter Mode on their phones (on both Android and iOS) simply by saying “Hey Google, be my (German, Spanish, Chinese, etc.) interpreter,” or “ Hey Google, help me speak Japanese.” At launch, Interpreter Mode will support up to 44 different languages, with Google saying that it hopes to expand that number in the future.

By using the mic on your phone to listen to nearby speech, Interpreter Mode will transcribe foreign language in real time, before spitting out a written translation in your language of choice. After the first bit of translation, the Google Assistant will also provide contextual text bubbles at the bottom of the screen relating to what it just translated, potentially making it easier to respond to whoever is talking.

From there, you can continue letting the Google Assistant do its thing, or say something in your own language and watch as Interpreter Mode goes the other way and translates that into the other language, allowing for real-time back and forth conversation. Just try to leave a pause between speakers whenever possible, as the Google Assistant has a harder time translating when multiple people are talking over each other. 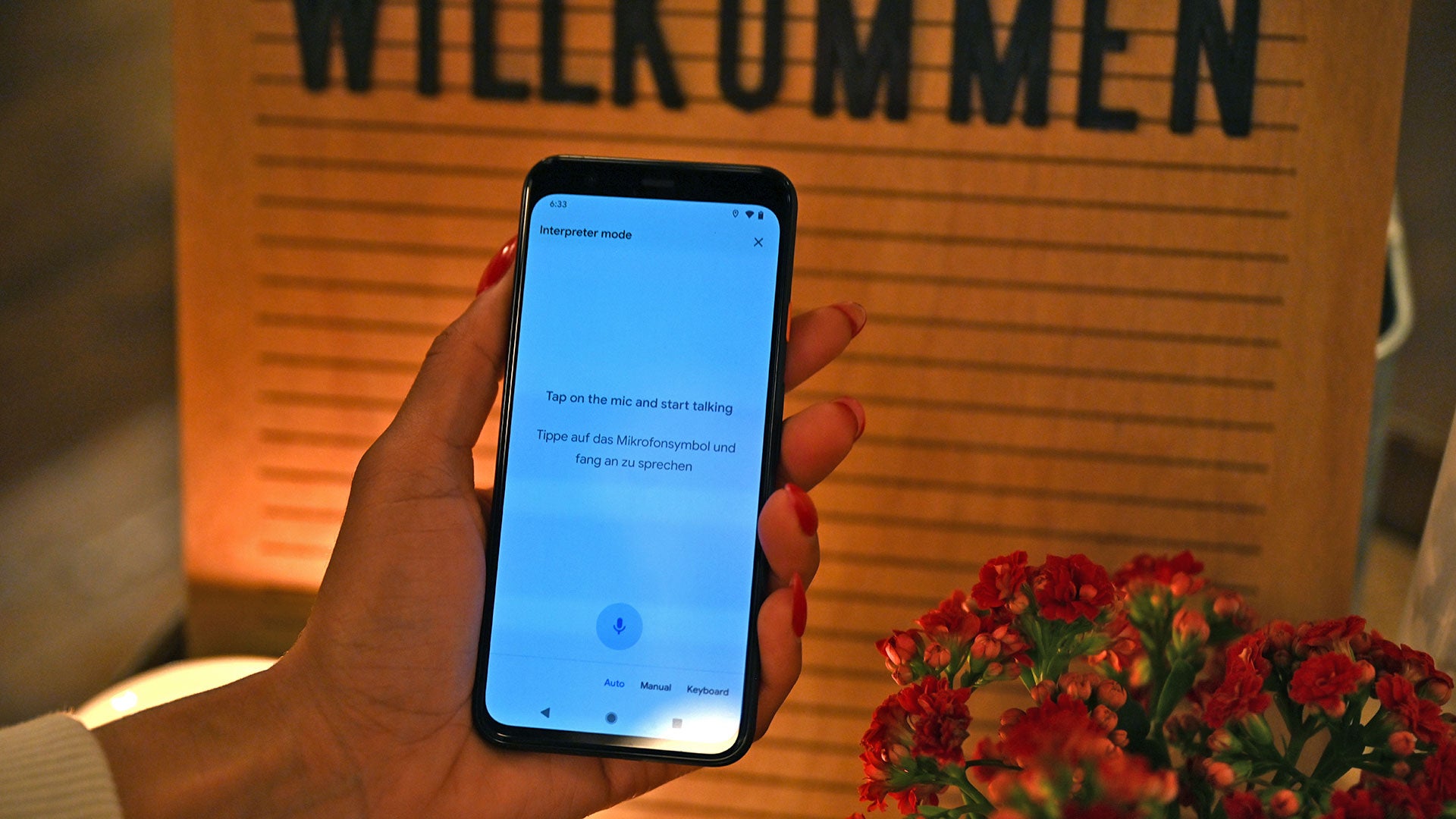 To me, the most impressive thing about Interpreter Mode is that it includes support for regional variations of the same language, such as Castilian Spanish which is spoken through the US and Latin America versus Español spoken in Spain, or Mandarin Chinese spoken in China as opposed to the slight variation of Chinese spoken in Taiwan. (Strangely, for such a widely spoken language, Interpreter Mode doesn’t support Cantonese just yet.)

By default, Interpreter Mode will use your current location to help it decide with regional language variant to choose, though you can always specify something like Quebecois French instead of standard French when asking the Google Assistant for help.

The one thing you will need though (aside from a software update) is wifi or a mobile internet connection on your phone. However, that may not always be the case. Senior Director of Product Management for the Google Assistant, Lillian Rincon, didn’t want to make any concrete promises just yet, but she did tell me Google is looking at possibly making Interpreter Mode work offline via on-device smarts sometime in the future. Either way, with Interpreter Mode finally being available on phones, combined with Google Lens’ existing ability to translate text on the fly, your phone is now a pretty powerful tool for getting around while your travelling. 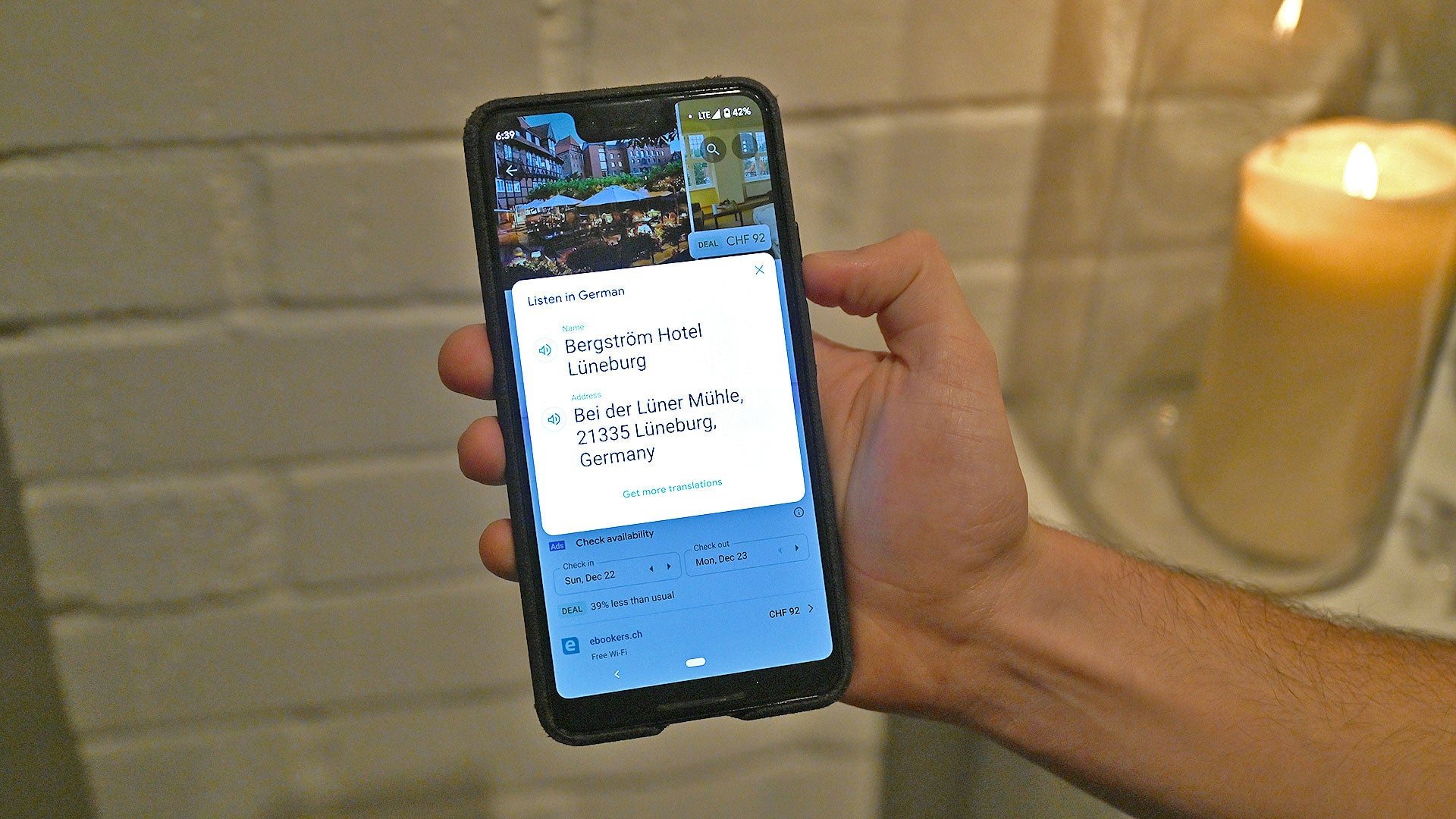 Here’s a quick look at what happens when you press the speaker icon that will be showing up next to the names of locations in Google Maps. (Photo: Sam Rutherford/Gizmodo)

Finally, in case Interpreter Mode doesn’t solve all your language translation needs, Google is also adding a little Translate button to locations in Google Maps, which allows you to press a small speaker icon and have the phone speak out the name of the location in its native language. This isn’t a huge change, but it could be super handy for situations like when you want to tell a taxi driver where you want to go, especially in countries with character-based languages that might make pronouncing a word on your own a bit more difficult.

The update for Interpreter Mode on phones and the Translate button for Google Maps begins rolling out today, so the next time you’re having trouble with a foreign language, you might trying asking the Google Assistant for help.