How Do You Justify This Super-Pricey Smart Mug

An average mug costs between £2 and £5, while a nice travel mug goes for around £10-£20, or maybe a little more if you’re feeling fancy. So how on earth does a company justify a smart mug that costs well over £100?

While it might sound outlandish, this question isn’t purely hypothetical, because thanks to the Ember’s second-gen Travel Mug, the value of a smart mug is something that actually needs to be examined. So what makes this travel mug so smart?

What is it?: A rechargeable smart mug with a built-in heater

Like a normal travel mug, Ember’s smart mug features an insulated body that holds 12 ounces of liquid along with a leak-proof lid to prevent anything from spilling out during your commute. The lid has a springy push-button cap that you can push to open, and then push again to close. It’s a simple set up, but very effective, because even when I turned the mug upside down while it was full of water, not a single drop leaked out.

The rest of the mug’s exterior sports a really nice soft-touch finish, along with a hidden dot-matrix display for displaying things like temperature, battery status, and more. But the Travel Mug’s real smarts lie in a built-in heater that allows the mug to keep your drink piping hot (between about 50 and 62.5 degrees Celsius), unlike a normal travel mug that simply tries to keep heat from escaping. 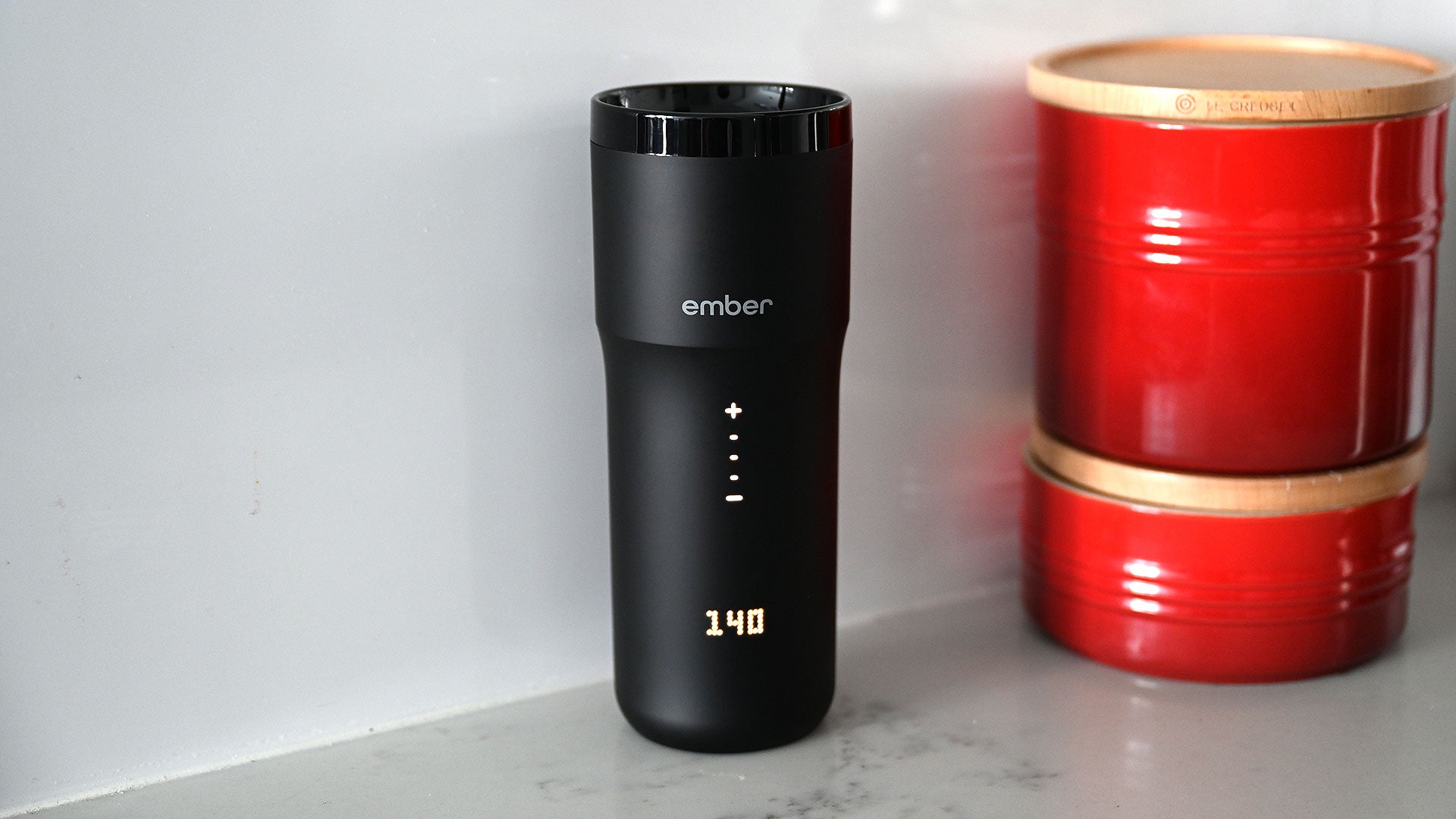 The basic idea is that for people who have a long commute, you won’t have to worry about your coffee or tea getting icy. And thanks to a battery that lasts for about three hours on a charge, it’ll probably keep your beverage at the right temp for a while after that. And if you want to boost the temp of your drink a bit, you can do that do, with the Travel Mug generally taking around 10 to 15 minutes to raise the temp of your beverage by 5 degrees.

To expand on its heating capabilities, there’s also a free Ember app (available for Android and iOS) that connects to the Travel Mug via Bluetooth, which you can use to set the temp of the mug, give your mug a name (I named mine Spicy Mug), or select from a number of presets for various drinks like lattes, different types of tea, coffee and cappuccino. The app even has a tea timer to help you keep track of steeping times, and a handful of recipes for making drinks like a beet latte, golden turmeric milk, and others. That said, at the time of writing, there are only five total recipes in the app, which isn’t exactly a great selection. 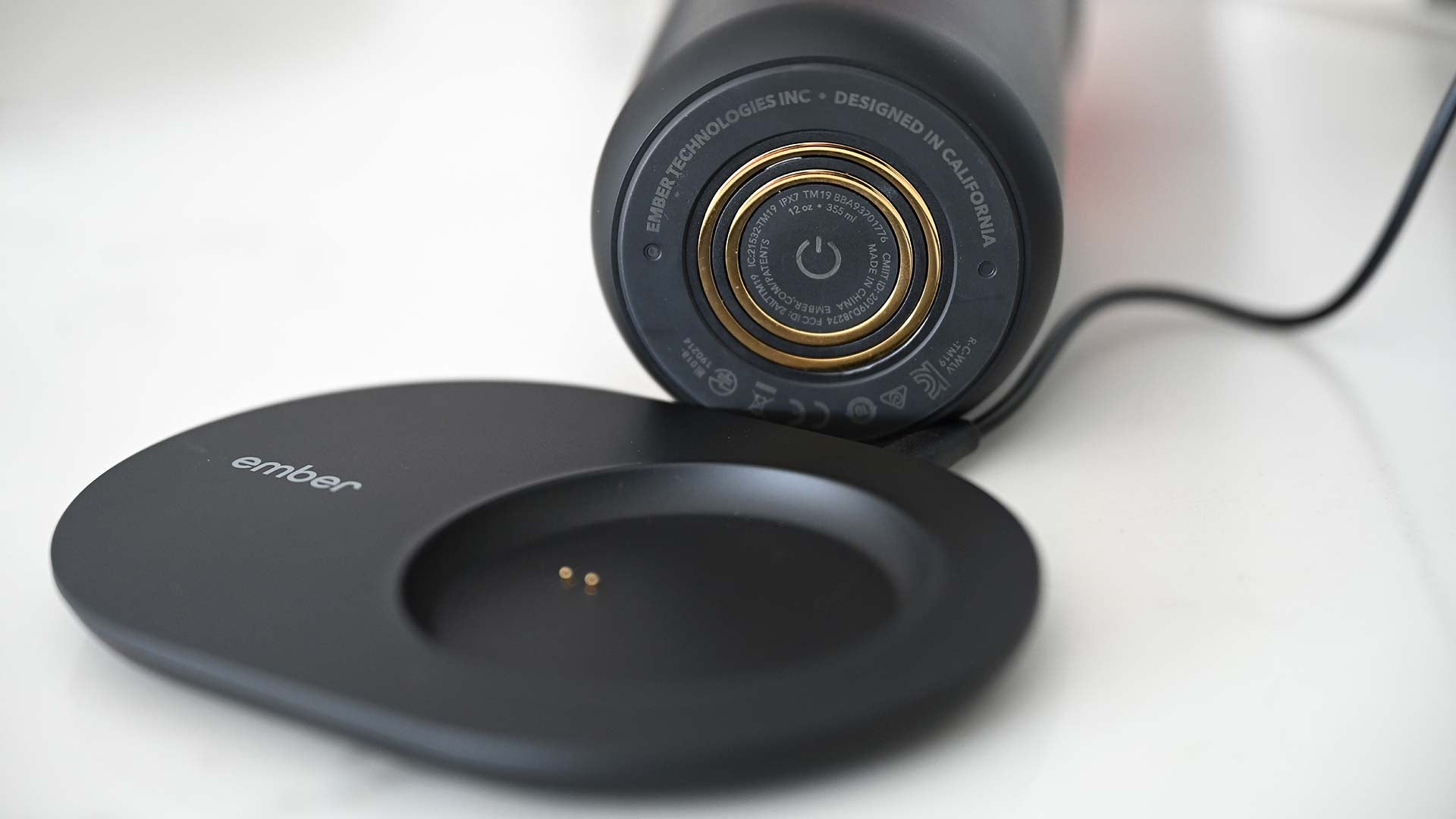 Thankfully, all of the Travel Mug’s most important features can be adjusted without the app, simply by tapping the Ember logo to scroll through various settings or statuses, and then using touch controls to adjust the temperature of your drink if need be. The mug will also automatically turn itself off if you’re not using it, to help preserve battery life. And when you need to recharge the mug, you can simply place it on top of its wireless charging cradle (which comes included), so you can keep a drink warm indefinitely, or simply recharge the mug before your next commute.

All in all, the Travel Mug works almost exactly as advertised, it’s a simple straightforward device that keeps drinks hot for up to three hours (or a bit less when if you turn it on full blast) and makes sure your drink stays inside the mug and no on your shirt in case your commute gets a little bumpy. However, at the same time, the Travel Mug’s skill set is also what lets it down.

That’s because while the Travel Mug’s heater can totally keep a drink warm or increase its temp by 5 or 10 degrees, you’re still reliant on a kettle or some other hot water source to supply the mug with an initial reservoir of hot liquid. If you could use Ember’s Travel Mug to boil water anywhere to make tea or instant coffee, suddenly the mug’s $180 price tag would seem a lot less ridiculous.

A battery indicator automatically pops up when you place the mug on its charging cradle. (Photo: Sam Rutherford/Gizmodo)

The Travel Mug’s lid is surprisingly secure, but I still wouldn’t just toss the thing in a bag if it’s full of liquid. (Photo: Sam Rutherford/Gizmodo)

Unfortunately, while this might seem like a simple request, it’s hard to bend the rules of physics. Water just isn’t a very good conductor of heat, and it takes a lot of energy to heat water from room temp to boiling, especially the closer you get to 100 degrees. So if a company was to make some kind of portable kettle travel mug hybrid, it would need a battery so large the device probably wouldn’t be portable anymore. What a bummer.

My other issue with the Travel Mug is that, ideally, you need two charging coasters: one at home and another at the office. This way you can make sure the mug always has a full charge before you head out, while also taking full advantage of the Travel Mug’s all-day heating abilities, no matter where you are. But sadly, only one charging coaster comes in the box, and if you want a second one, it’ll cost you an additional $28 (£21). This pushes the Travel Mug’s total price to $208 (£158), which is a big ask even for coffee or tea fanatics who want to make sure their beverage tastes juuust right. 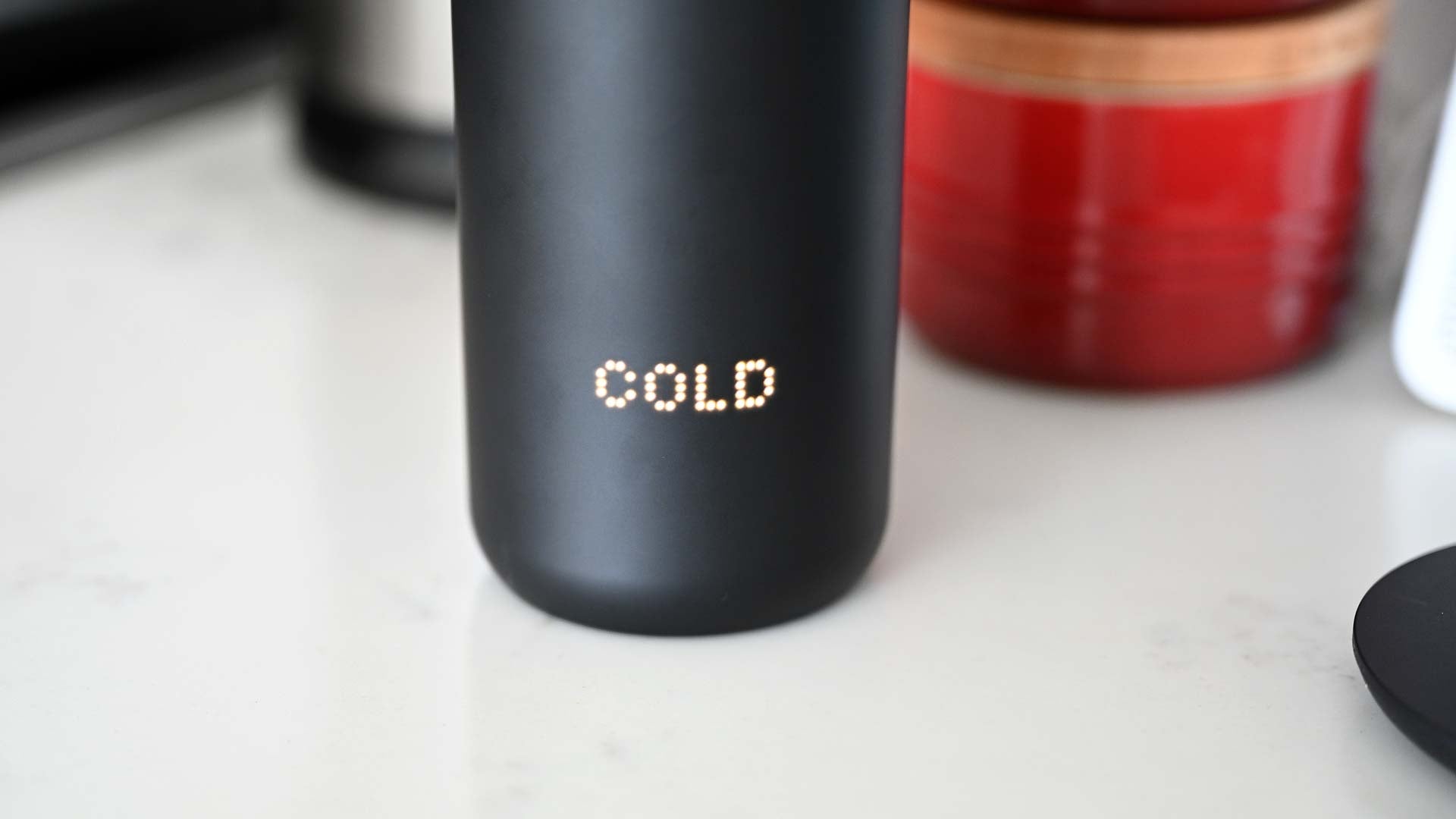 The Travel Mug will also let you know when your drink is cold, in case you didn’t already know. (Photo: Sam Rutherford/Gizmodo)

It’s kind of weird when a product does exactly what it claims to do, and yet you’re still kinda of disappointed. The second-gen Ember Travel Mug is a well-built device that makes sipping coffee or tea just a bit more enjoyable, regardless of whether you’re sitting at home or on the way to work, but it’s also 10 times the price of a normal travel mug. Some people might say that’s a ridiculous amount of money to spend on a mug, and it is! But I’m not here to tell you how to spend your money. The mug is nice and it does its job, but for $180, I just wish the travel mug offered a bit more value.