The Russian government has blocked the stock photography website Shutterstock, according to the English-language news site Meduza. Russia’s media regulator, Roskomnadzor, explained that Shutterstock was blocked for “insulting state symbols”, a likely reference to photos on the site showing miniature Russian flags planted in dog poo.

The offending photos were created by user Aijaphoto and are described by the photographer as, “The Russian flag banner is placed in a pile of dog faeces. It symbolises protests against Russian politics.”

Shutterstock did not immediately respond to Gizmodo’s request for comment on Tuesday but told Reuters that it was “aware of content that has been deemed objectionable” in Russia.

The Russian government passed a law this past March that makes it illegal to show, “blatant disrespect for society, the country, Russia’s official state symbols, the constitution, or the authorities.” The penalty for a first offence is a fine of roughly £1,155. A second offence is roughly double the original fine and up to 15 days in jail.

“The content has already been removed and Shutterstock is continuing to work with the agency to remove thumbnail images from the site,” Shutterstock told Reuters. 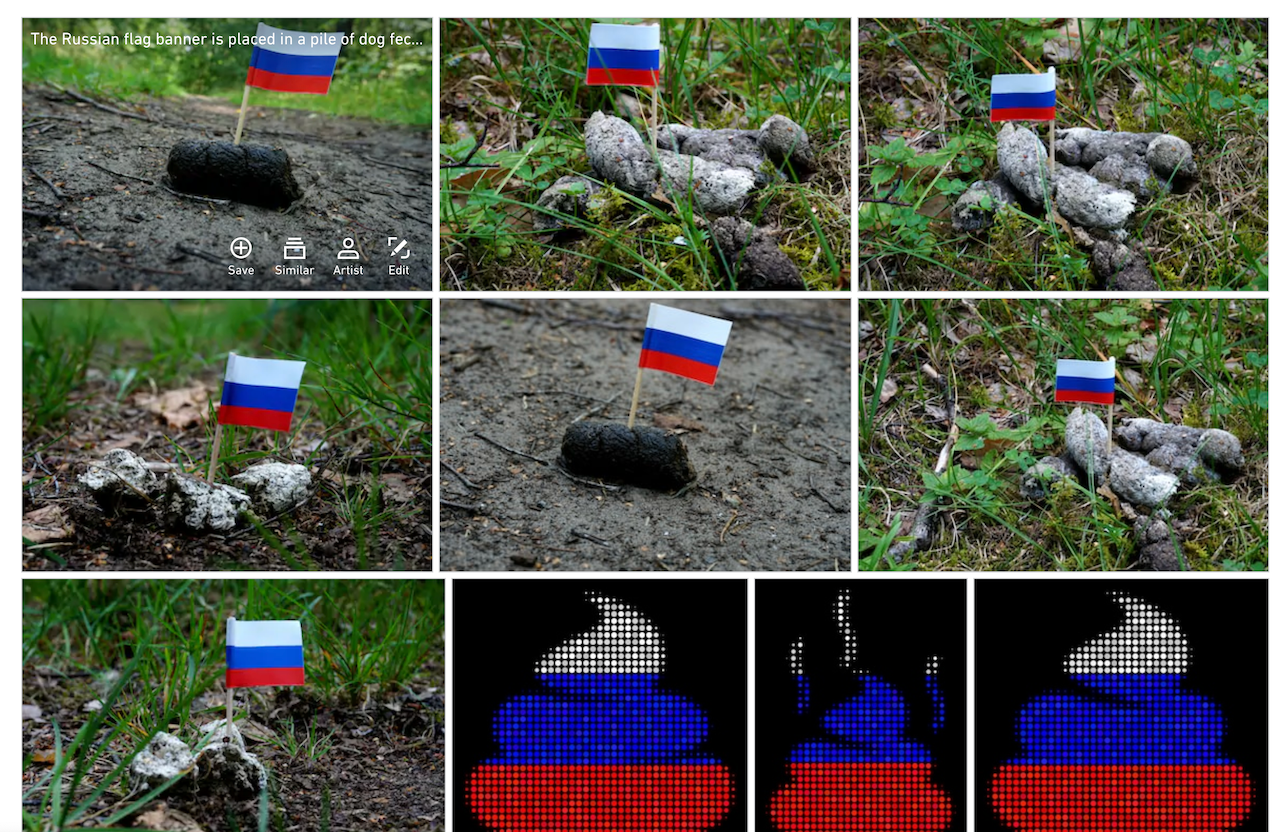 It’s not clear if Russia has asked Shutterstock to remove the photos globally or if they are to be simply geoblocked in Russia. However, the seven photos by Aijaphoto appear to since have been deleted from the English-language version of the site.

As Meduza points out, someone in Germany started a Change.org petition last month that called for the Shutterstock photos to be removed. It’s not clear if the petition is what alerted Russian authorities to the existence of the dogshit photos.