Chances are you’ve done a lot of your gift shopping already, but if you’re like me and got a late start, this holiday season, I implore you not to buy any gadget still saddled with a microUSB port.

Now obviously this comes with the caveat that sometimes you just don’t have a choice, but quite often you do, and in some situations, it would seriously behoove you (or whoever is receiving the gadget) to opt for something with USB-C.

For me, this recently came to a head when I was about to buy a Kindle for my wife. There I was, waiting in line about to check out when I remembered that since every Kindle e-reader – even the most expensive £230 Kindle Oasis – still relies on a microUSB port, that giving one as a gift is essentially dooming someone to keep a microUSB cord hanging around for the next five or more years. And as a tech enthusiast that’s something I just can’t do in good conscience. 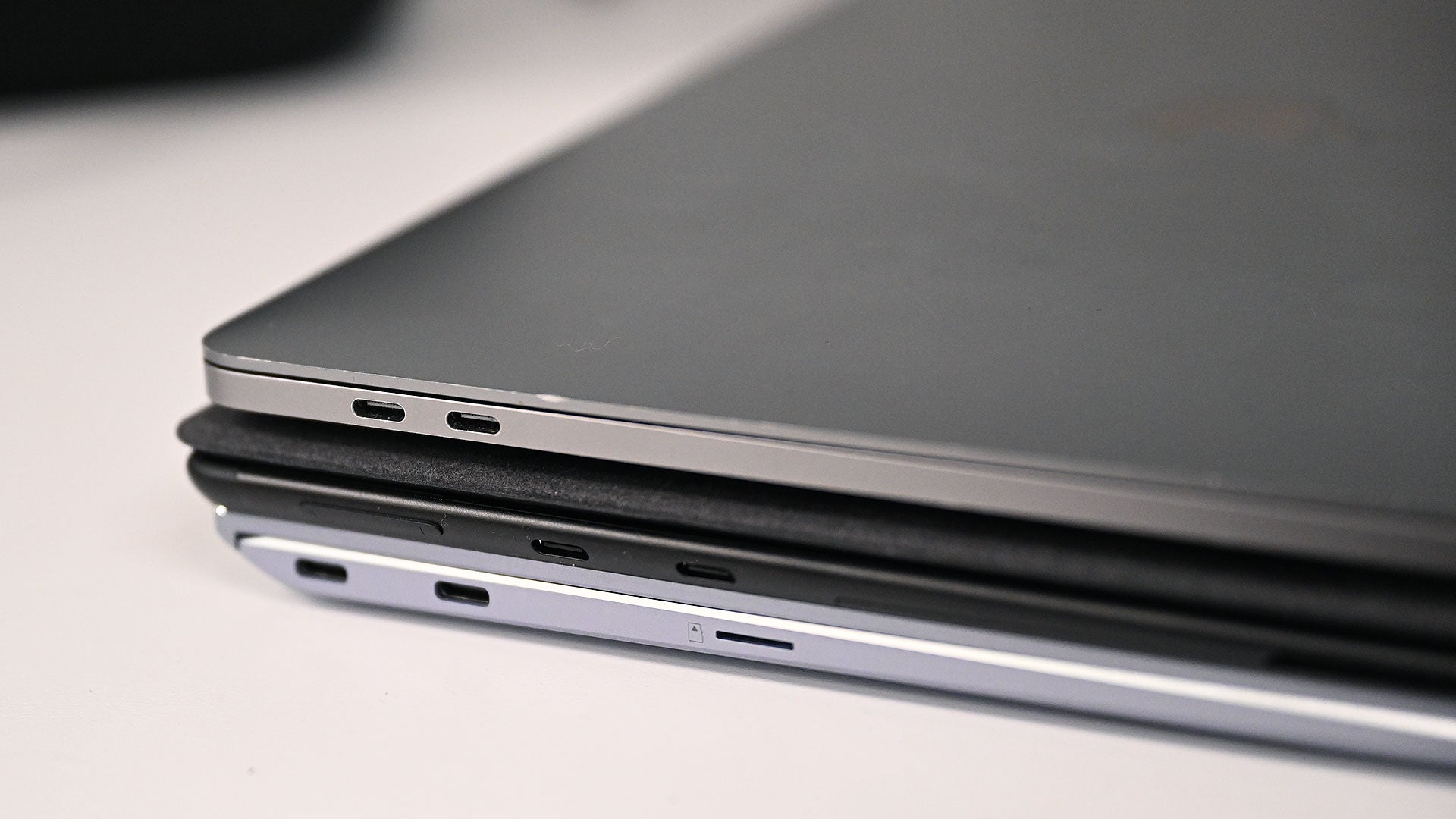 Look at all these glorious USB-C ports, and these are just on systems I was able to grab in just a few minutes. (Photo: Sam Rutherford/Gizmodo)

Look, I know it’s been a somewhat rough transition as gadgets have slowly moved over to USB-C, but we’re finally at a point where we really do have one cord/port that works for everything. Practically every new smartphone that isn’t a £250 budget handset comes with a USB-C port. Same goes for most laptops, including Apple’s entire line of MacBooks and all iPad Pros. Heck, most wireless earbuds today come with charging cases that feature USB-C, and even peripheral makers like Logitech are swapping out microUSB ports for USB-C on its keyboards and mice.

This might not sound like a big deal, but on a recent trip overseas, the only thing I needed to keep all my devices topped up with juice was a couple power bricks and two cables: one double sided USB-C cable and one USB Type-A to Type-C cable. In fact, I wasted more space lugging international power adapters around, which I ended up not really needing because almost every hotel I stayed at had USB Type-A power ports in addition to whatever power plug that country typically uses.

Sure, adding one more cord to the mix isn’t that big of a deal, but it’s still really annoying if the only reason you need that cable is to charge a single outdated device. And for people in the Apple camp, things could be even more frustrating, because in addition to needing USB-C cables to charge MacBooks and Lighting cables for iPhones and normal iPads, you might be obligated to carry a third set of cords to support microUSB devices, adding even more bloat to your bag. 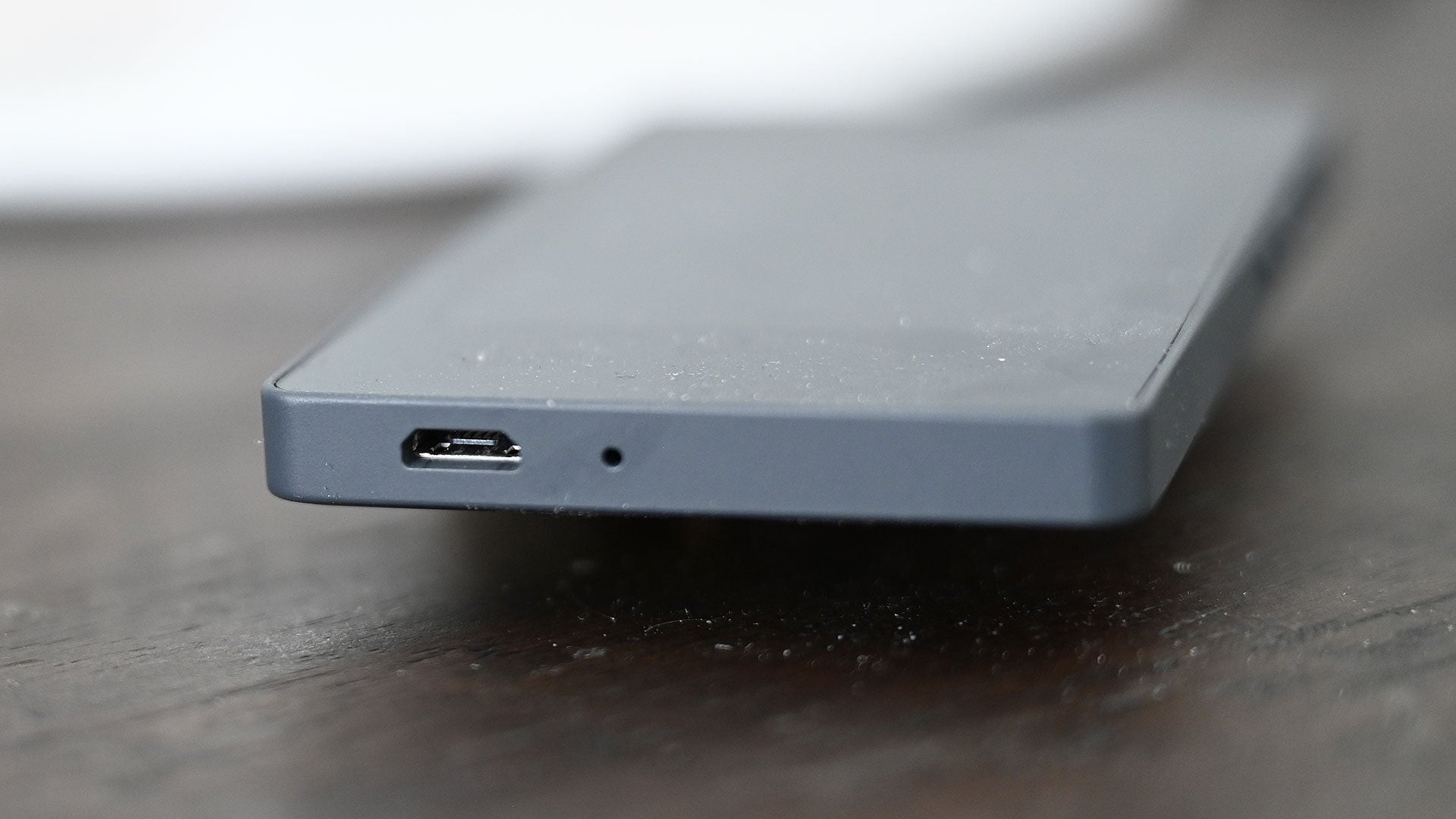 Any company still using microUSB is being a cheapskate. (Photo: Sam Rutherford/Gizmodo)

So why do companies continue to saddle devices with microUSB? Usually, when I ask companies for a reason, spokespeople claim that because there are already so many microUSB devices on the market, companies don’t want to rock the boat and are simply using the port currently found on the largest number of gadgets. But if you think about it, this is a defeatist mentality, because if a company just continued to slap on what the current port du jour is on its devices, they would never ever switch over to something new.

It’s also bullshit, because the real reason companies don’t like USB-C is money. Putting a microUSB port on a gadget costs pennies per device, while upgrading to USB-C can cost between four and 10 times more because it’s a newer port. And when you multiply that across hundreds of thousands or even millions of devices, you can see why companies might want to take the cheap and easy way.

Continuing to put microUSB ports on gadgets simply because it’s traditional falls flat. Every new device that gets released with outdated ports is actively stopping USB-C from becoming the universal serial bus that people have been dreaming of for decades. 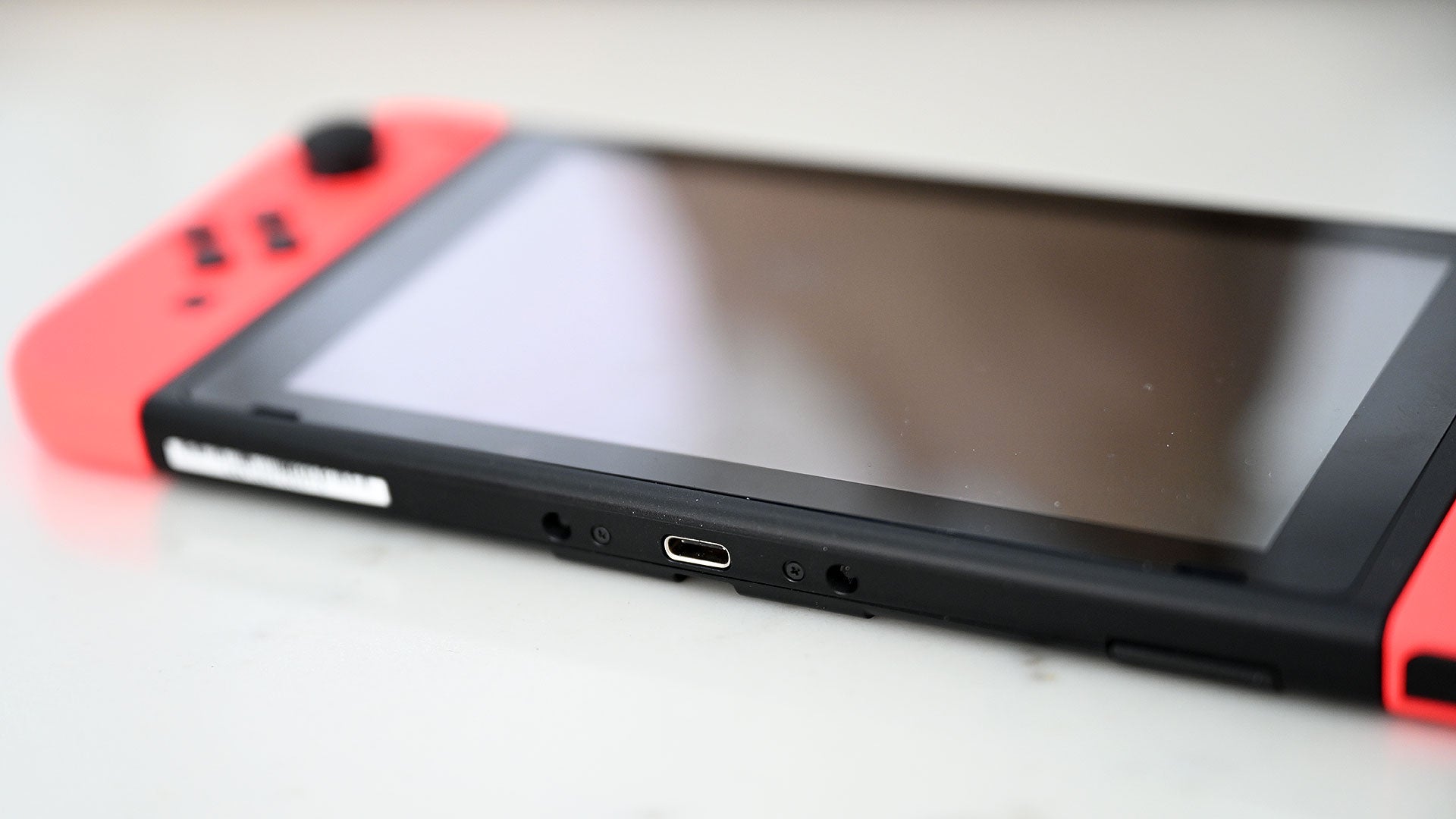 Thankfully, there is a little light at the end of the tunnel, because while every e-reader Amazon makes still features microUSB, Amazon did add USB-C to the new Fire HD 10 tablet this year. And it’s a similar situation for gamepads too. Even though standard PS4 and Xbox One controllers use microUSB, Microsoft made small steps by putting USB-C on the new Xbox Elite Controller Series 2. I mean damn, it’s a weird world when Nintendo of all companies has gone all-in on USB-C while so many others continue to lag behind.

Unfortunately, Microsoft’s latest high-end controller costs £160, which is more than three times the price of a standard Xbox One gamepad, so it’s not really worth the money if all you care about is not dealing with microUSB anymore. In situations like this – where you don’t have a tonne of choice – it might be a good idea to consider how badly you need something and how often someone will use that device over the next year. 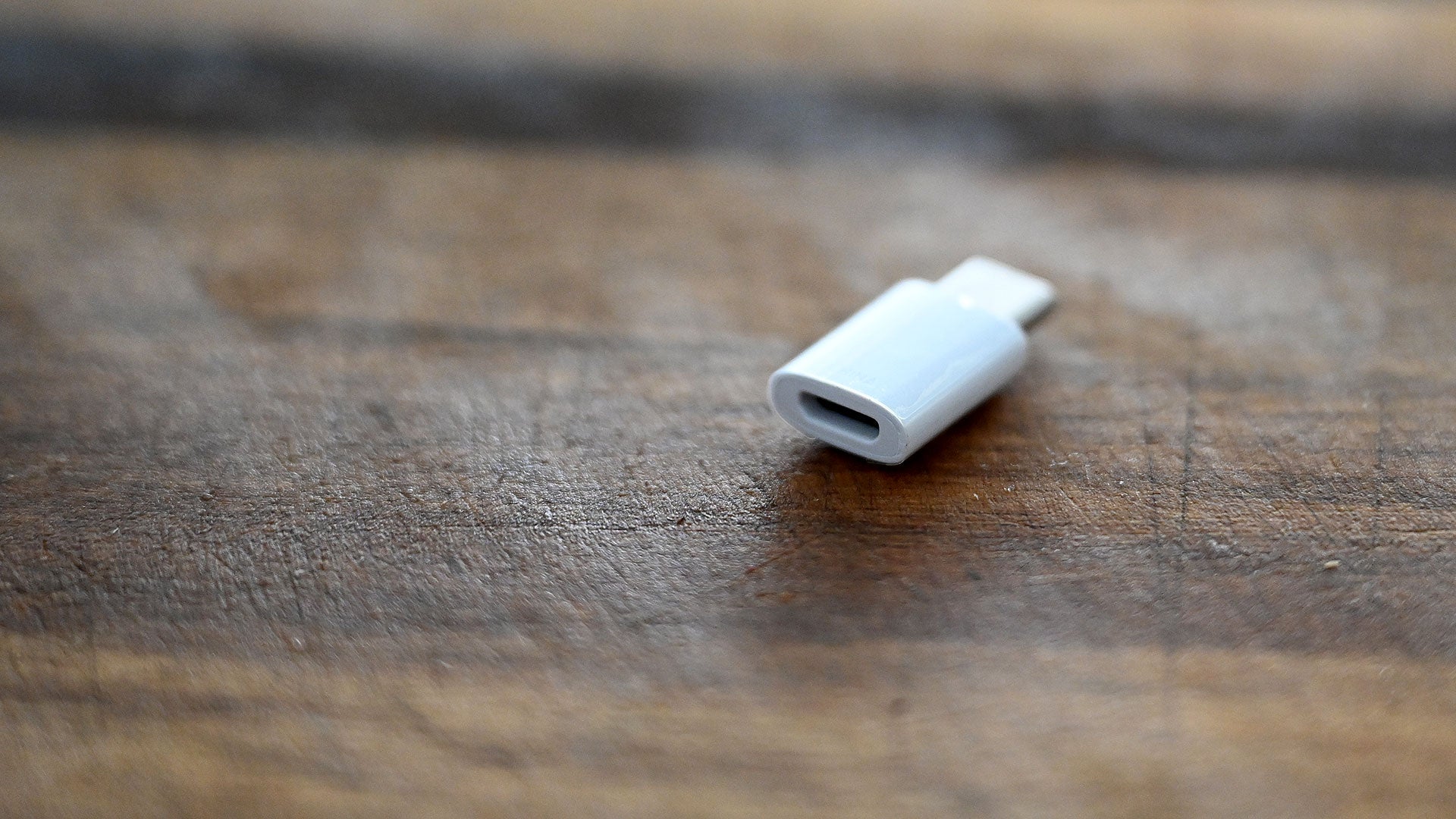 There are adapters that can convert microUSB cables to USB-C, but they aren’t much help when new gadgets get released with an outdated port. (Photo: Sam Rutherford/Gizmodo)

In 2020, even more devices will come standard with USB-C, lest companies risk getting shamed for being cheap and regressive. I’m also willing to bet that Amazon will start putting USB-C on all Kindles and most of its other devices going forward, so if you can hold out a little longer, you’ll have less headaches in the future. And if you’re a gamer, you may want to skip buying a new controller this year considering Sony and Microsoft will have brand new consoles for sale next autumn.

One of the biggest benefits of technology is being able to simplify people’s lives. But at this point, buying new gadgets with microUSB makes things more complicated, not less. Sometimes you might not have a choice, but if you do, I implore you not to buy gadgets with microUSB.

As for my wife, I told her about my dilemma and thankfully, she agreed. For her, keeping her current Kindle even with a small nick in its screen (which is why I wanted to get her a new one) was less annoying than getting a brand new Kindle with the should-be-dead microUSB. Now I just have to think of something else to get her, and I’m quickly running out of time.