The more tools scientists have at their disposal for detecting and studying earthquakes, the better the chances of survival there are when one threatens a populated area. And it turns out that the thousands of miles of undersea telecommunications cables that have been used to connect the world can also serve as a surprisingly effective earthquake detection system. 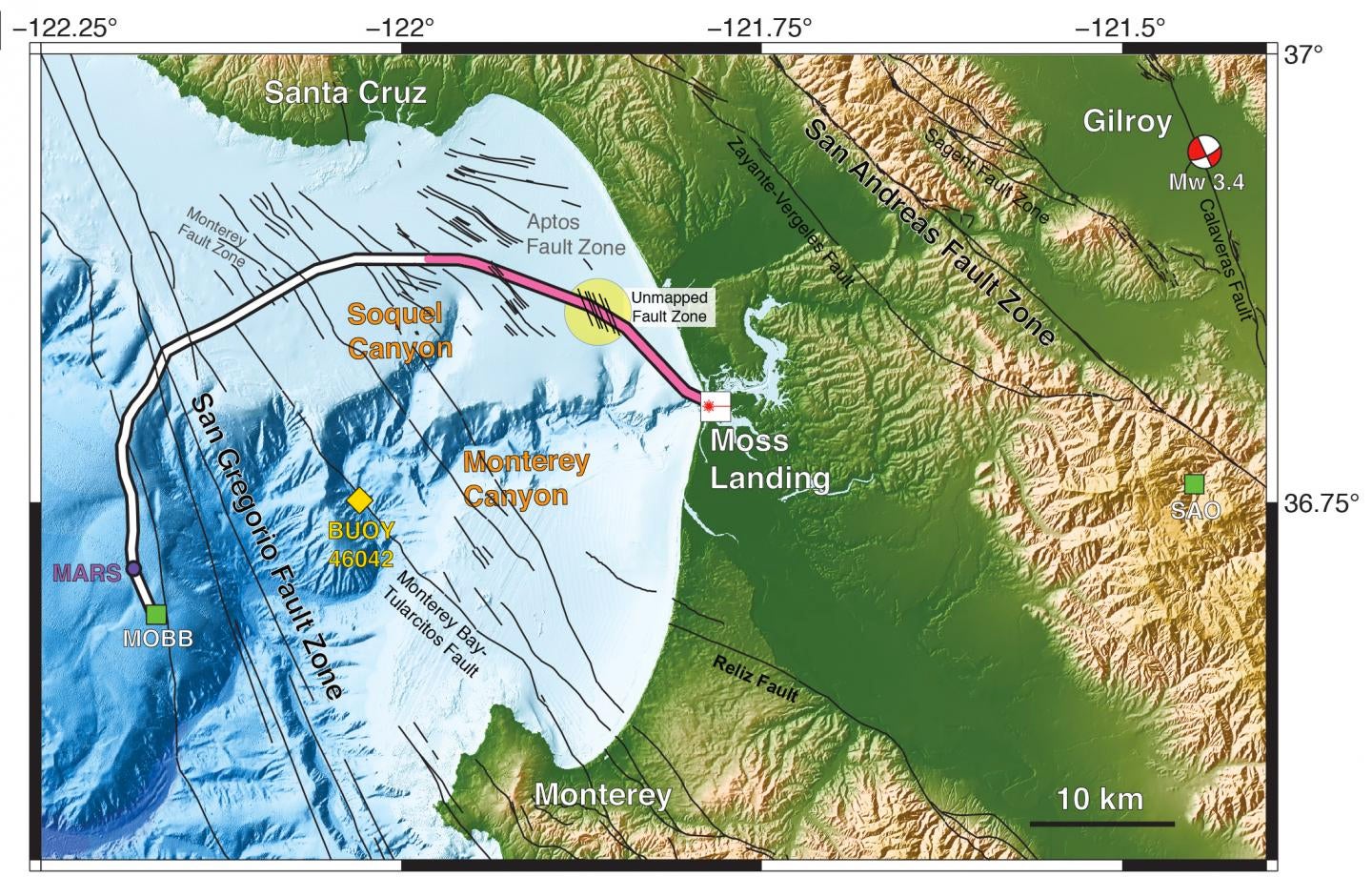 The discovery was detailed in a paper published last week in the journal Science with contributions from research facilities and labs including the University of California, Berkeley, the Lawrence Berkeley National Laboratory, the Monterey Bay Aquarium Research Institute (MBARI), and Rice University.

While fibre optic cables criss-cross the oceans and connect nearly every continent allowing the information superhighway to encircle the Earth, the researchers focused their efforts on the first 20 kilometres of a cable that stretches 51 kilometres out from the coast of Moss Landing in the US state of California to the Monterey Ocean Bottom Broadband observatory (MOBB) and the Monterey Accelerated Research System (MARS).

To turn the cable into a highly sensitive seismometer, the research team used a technique known as Distributed Acoustic Sensing where pulses of laser light are sent down the cable. Subtle movements of the areas around the cable, be it in the water from ocean currents, storms on the surface, or movements of the ocean floor due to seismic activity, cause the cable to stretch, which creates strains in the fibre optic elements inside that can be detected and measured by how much of the laser light is reflected back to the emitter and its timing. Using interferometry, that backscatter allows measurements of movement to be taken roughly every two meters along the length of the cable, which in this case creates the equivalent of 10,000 virtual motion sensors along the 20 kilometre length used for this experiment, according to the researchers.

The undersea cables were the next step for similar experiments conducted by Lawrence Berkeley National Lab and the University of California, Berkeley, on land that took advantage of millions of miles of unused “dark fibres,” which yielded promising results. Over the course of four days, the researchers used the cable at the bottom of Monterey Bay to not only detect a magnitude 3.4 earthquake that occurred near Gilroy, California, roughly 45 kilometres away, they were also able to accurately map and identify previously unknown fault zones that were part of the San Gregorio Fault system.

Being able to harness this existing undersea infrastructure is an exciting proposition, as the cost of installing hundreds of millions of seismic sensors across the world’s oceans would be astronomical and ultimately prohibitive, despite the important insights that could be gleaned in regards to when and where earthquakes might happen. This approach simply requires researchers to plug their instruments into one end of a cable and take their readings – but that’s also the biggest problem with it. The fibre optic cable that was tested in Monterey Bay was undergoing yearly maintenance, so it wasn’t actually being used to transmit data.

In order to convince the corporations and governments of the world that own, operate, and maintain these undersea cables to use them as scientific instruments, the researchers first need to find a way to conduct their laser pulse experiments while data packets are still being sent around the world without causing any interference. Temporarily shutting down the undersea cables isn’t an option. And to be most effective, the seismic monitoring needs to happen on an ongoing basis year-round, not just four days out of the year during regular maintenance. But experiments are already underway to demonstrate that these cables don’t have to be completely taken offline to yield valuable insights about one of our most mysterious and unpredictable threats.