When a little boy Force-pulled a broom to him at the end of Star Wars: The Last Jedi, he looked to the sky and, we thought, the future. And while its sequel, Star Wars: The Rise of Skywalker will deal with the implications of that scene and what it means for the future, it’s all heavily informed by the past.

“The idea of how the legacy of the Jedi is carried on and how the Force and its uses extend to the next generation [is] a thing that we for sure are taking up,” said Chris Terrio, the co-writer of The Rise of Skywalker.

Terrio explained though that the film’s complexities lie not in figuring out what the future holds for Broom Boy and his crew, but in balancing looking ahead with ideas of the past and, most importantly, the idea of Emperor Palpatine.

“This saga is really the story of the Skywalkers, but also the story of Palpatine,” Terrio said. “The way that these two philosophies and ways of being in the world would clash. And so we felt – and I know J.J. [Abrams, co-writer and director] said this but it’s quite genuine – that to close out this trilogy and the nine movies, that it would almost be strange not to in some way have the presence of the old shadow of Palpatine.” 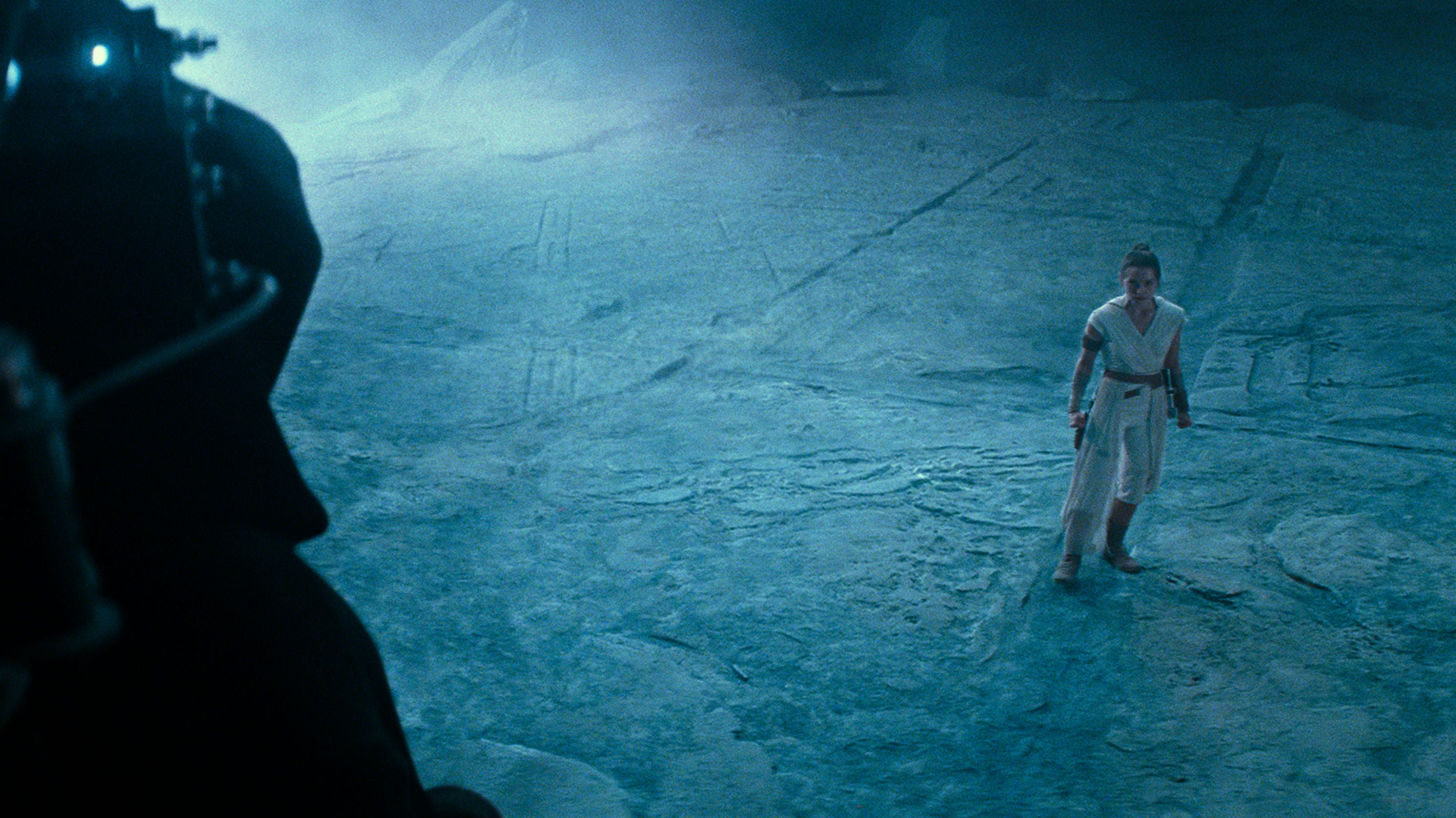 The origin of the First Order will be explored in The Rise of Skywalker. (Photo: Disney)

Understandably, that might be confusing some fans. Palpatine has been gone for decades, both in Star Wars canon, and their minds. And while that’s not exactly true (several Expanded Universe stories, canon and non-canon, have hinted at ways his essence still remains) bringing him back could, potentially, undercut the joyous victory at the end of Return of the Jedi. Terrio admitted he and Abrams were worried about that and very conscious to make sure it didn’t happen.

“The end of Return of the Jedi is a beautiful ending to that part of the war,” Terrio said. “The sacrifice of Vader. The redemption of Vader. The saving of his son. It’s so deep in my consciousness and in my soul, Return of the Jedi being the first movie that I ever saw, that the last thing that we would ever want to do is suggest that that sacrifice didn’t have the gravity and the meaning that it did. And so I think we’ve found a way in which all that remains intact. But the story wasn’t over.”

No, it wasn’t. Not just in the sequel films either. In most of the stories that take place after Return of the Jedi (including The Mandalorian) remnants of the Emperor’s Empire remain. Remnants that will, eventually, create the First Order.

“There are certain threads that are hanging in the mythology that give it sort of a natural entry place for the continuation of the story,” Terrio said. “And so the fact that the war didn’t really end is already in the story of the sequels. The First Order, even in the Expanded Universe, comes about through remnants of the Empire...And so we wanted to explore that in the context of a family saga.” 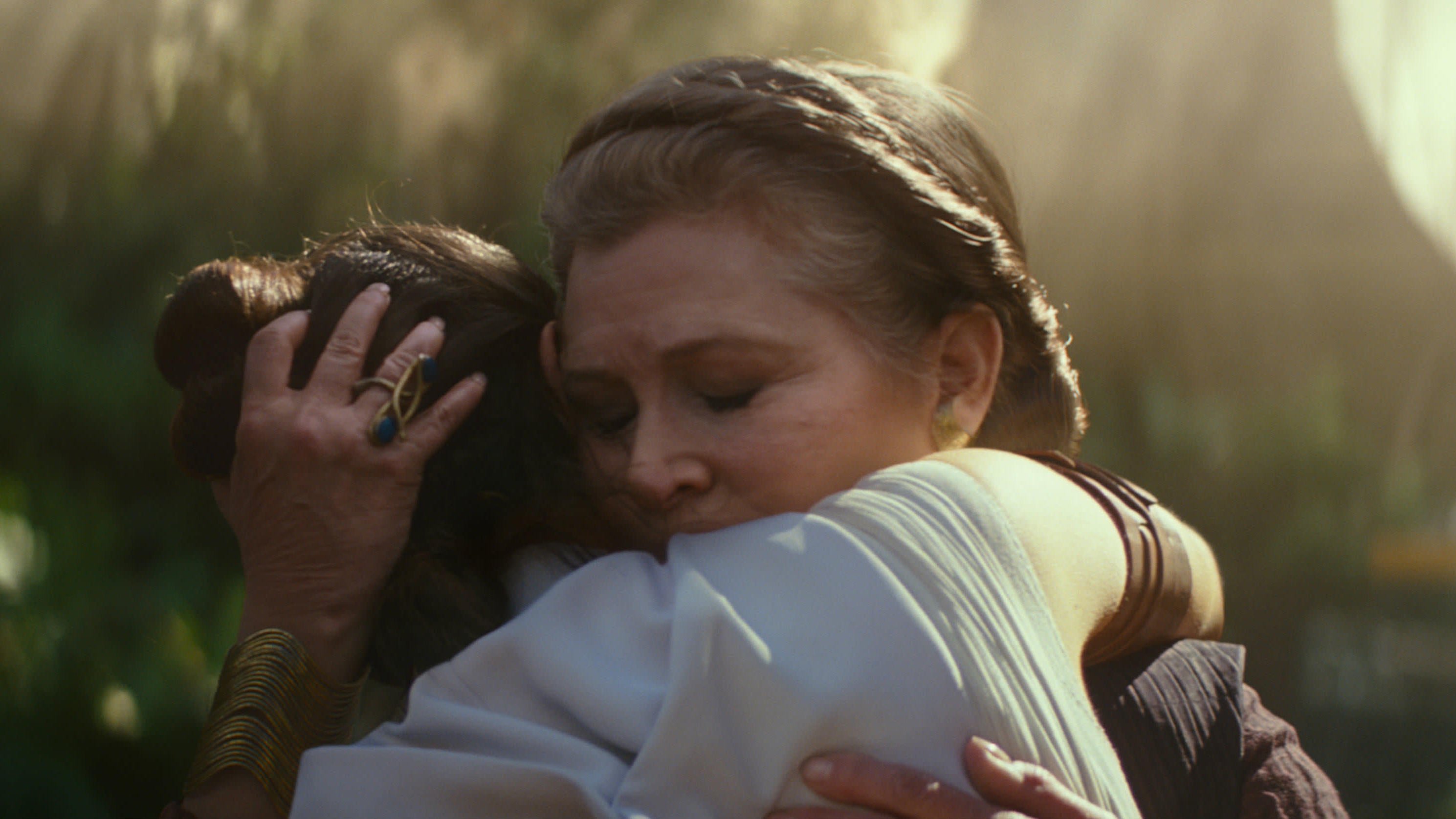 The Rise of Skywalker is a family saga. (Photo: Disney)

Terrio was also quick to remind us too that, though we may not think of it in this way, Rey herself is an important part of that connection between past and present.

“We first meet Rey, literally, in the wreck of the old war. The old war is so present in her life in every possible way,” he said. “So we wanted to explore the first order a little bit further and the origins of the First Order and how the past affects the present...And by exploring the story in the ways that we did, we could keep the sense of the past, even in the present war.”

Yes, it sounds like The Rise of Skywalker is going to be a lot. But when you look at it in the overall context of not just Star Wars, but life for these characters, Terrio thinks it had to be.

“Another guiding principle we had was there are no final victories,” he said. “Every generation has to sort of take up the struggle again. Fight old evil in new forms. [So] for the epic scope of the saga, we needed to kind of expand the canvas and the palette a bit.”