Following up on its Retro Champ: a portable 8-bit console that plays both NES and Famicom cartridge, My Arcade is introducing a new 16-bit version called the Super Retro Champ that plays both Super Nintendo and Mega Drive cartridges. If you’ve held a longtime loyalty to either retro console, now’s the perfect time to open your mind and your heart to a broader selection of 16-bit gaming.

Like the most popular gadgets of the ‘90s, including giant camcorders, oversized car phones, and nightmarishly heavy TVs, the Super Retro Champ is a chunky console as far as portables go. With a seven-inch screen flanked by a directional pad and action buttons on either side, shoulder buttons on the back, and dual cartridge slots for both Mega Drive and SNES carts, there’s little chance you’re going to be able to easily slip this into your pocket.

That generously sized screen should mean battery life is worse than even the considerably more powerful Switch Lite, which promises a very optimistic seven hours of gaming. The Super Retro Champ instead tops out at around five hours before needing a charge, but it can also be plugged into a wall outlet and connected to a TV over HDMI allowing two-players to compete using a pair of included wireless gamepads. The Lite won’t even work with a TV. 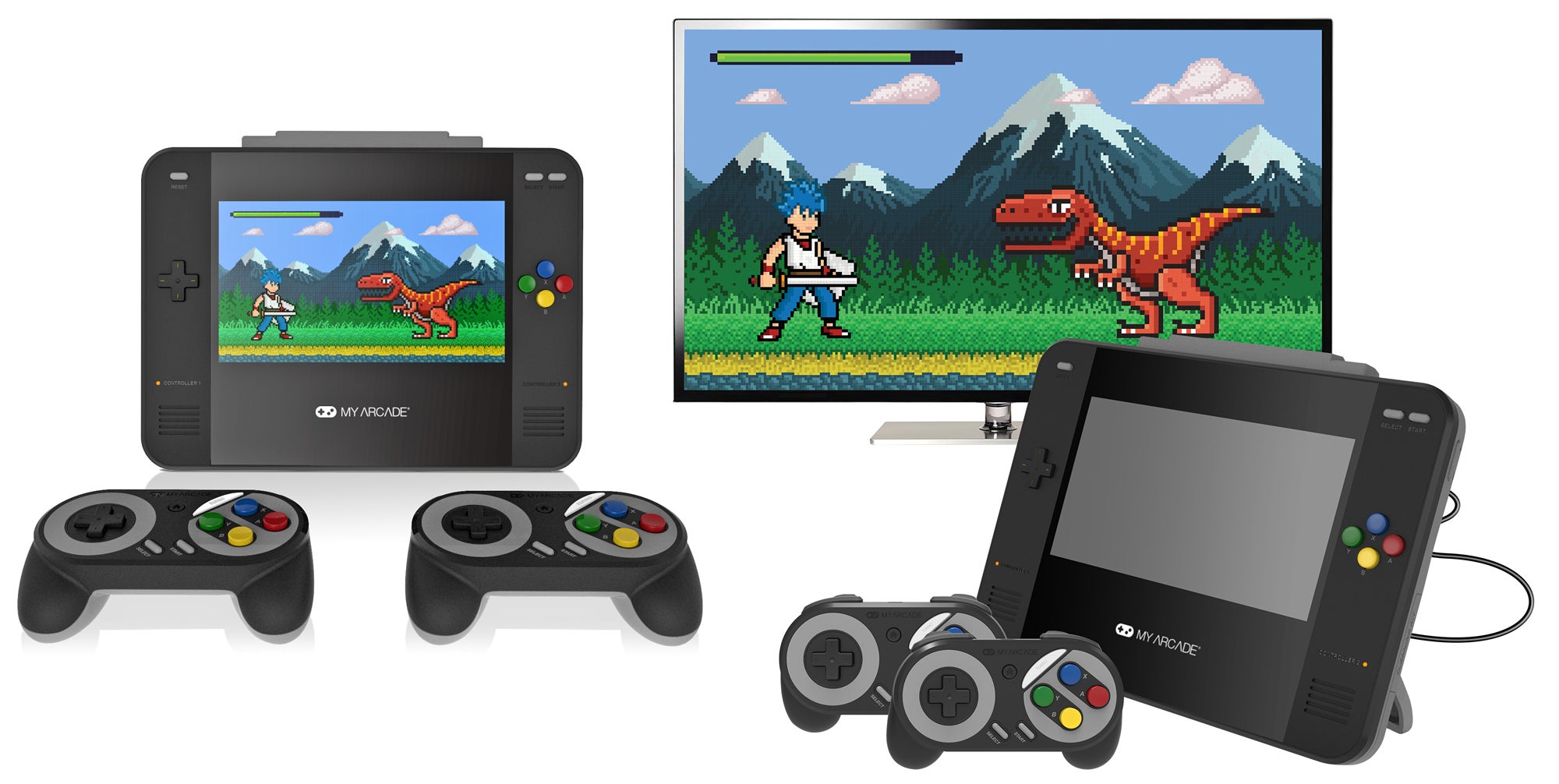 With a price tag of $110 (£84; UK pricing and availability TBA) when available later this year, the Super Retro Champ isn’t the cheapest way to take a walk down 16-bit memory lane. You’ll also need to have a collection of Super Nintendo and Mega Drive carts on hand to actually use it. There’s no memory card slot, no onboard memory, and no USB port, so you can’t upload your own game ROMs. But using the same game carts you played with 30 years ago at least means you’ll still have your old progress saved – assuming the battery in those old carts held up. (It probably didn’t.)