The Wollemi Pines in Australia are like nothing else in the world. These so-called “dinosaur trees” live in northwest Sydney, and they were extremely close to being burned over and lost forever. In a rare victory among all the Very Sad News coming out of the Australian bushfires, the New South Wales Rural Fire Service managed to save these centuries-old trees.

These trees are survivors from the era of dinosaurs. Freaking dinosaurs! And they only live in one valley in Australia. That’s it. As bushfires approached, there was no way firefighters were going to let them kill the trees off. The New South Wales government announced on Wednesday that they conducted a secret operation to save the trees, noting that it required preparations such as dropping flame retardant and building irrigation systems to keep the forest area moist.

Then, once the fire neared the one-of-a-kind trees, helicopters poured water from above onto the fire’s edge. Some trees did wind up charred, but the dino trees were largely spared.

“Wollemi National Park is the only place in the world where these trees are found in the wild and, with less than 200 left, we knew we needed to do everything we could to save them,” Environment Minister Matt Kean, said in a statement. “The pines, which prior to 1994 were thought to be extinct and whose location is kept secret to prevent contamination, benefited from an unprecedented environmental protection mission.” 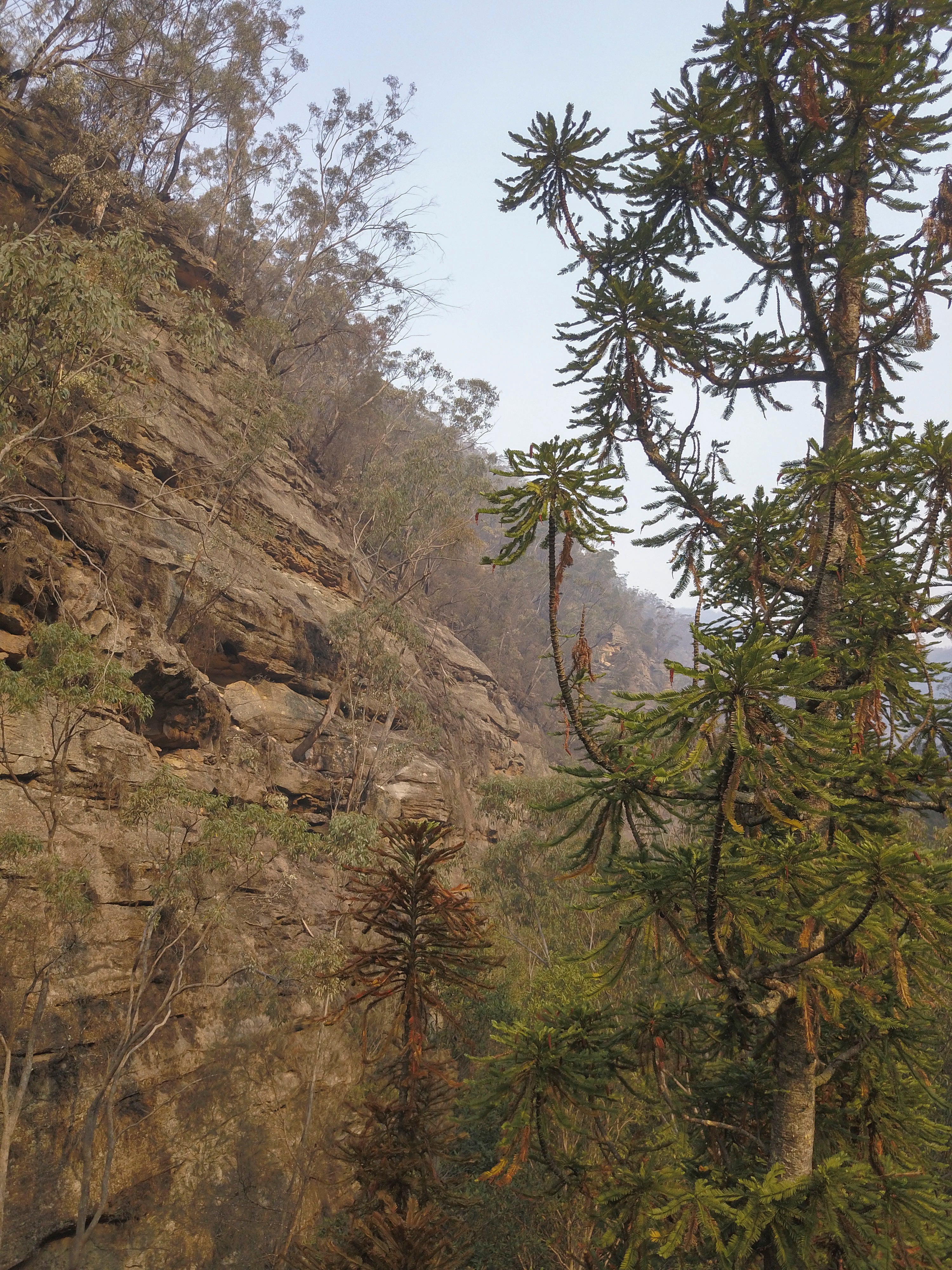 Saving these trees is a bright spot in an otherwise pretty bleak fire season. Roughly 26.4 million acres have burned across Australia, creating a host of problems for humans and forests alike. It’s likely some places have been permanently altered by the flames.

An estimated 1.25 billion animals have perished in the fires. A third of Kangaroo Island – home to unique ecosystems and species – has burned over. And trees that are sacred to the Aboriginal people known as scarred trees have likely been lost, breaking a connection with past generations. So the survival of these ancient trees is something to celebrate.

Climate change is driving extreme heat in Australia, which is contributing to this outburst of fires. As the world continues to warm, the continent will face even more threats from out-of-control flames. This is one battle the Wollemi Pines have won in a war that’s only beginning.