If you can scroll through your social media feeds without coming across at least a handful of posts you’d rather not have seen, consider yourself in the minority. Most of us deal with this on a near-daily basis. But mass unfollowing people – friends, colleagues, family members – isn’t always an option. We’re here to tell you that there is another way.

It’s not that you don’t like the people writing these posts – though that could also be true. Perhaps they’re just posting too often, or posting inane trash, or posting political opinions that get you wound up time and time again.

If you don’t want the social embarrassment of unfollowing these people because maybe you still need to be able to message them directly, or perhaps because they’re close blood relations who would be offended by a block, the answer is lists. These are alternative timelines or news feeds that only feature the top-quality content you want.

Lists can’t directly replace your newsfeed or timeline, but they’re easy to get to, and in the case of Twitter and Facebook, you can bookmark them. You never have to wade through posts from people you’d rather not hear from ever again. 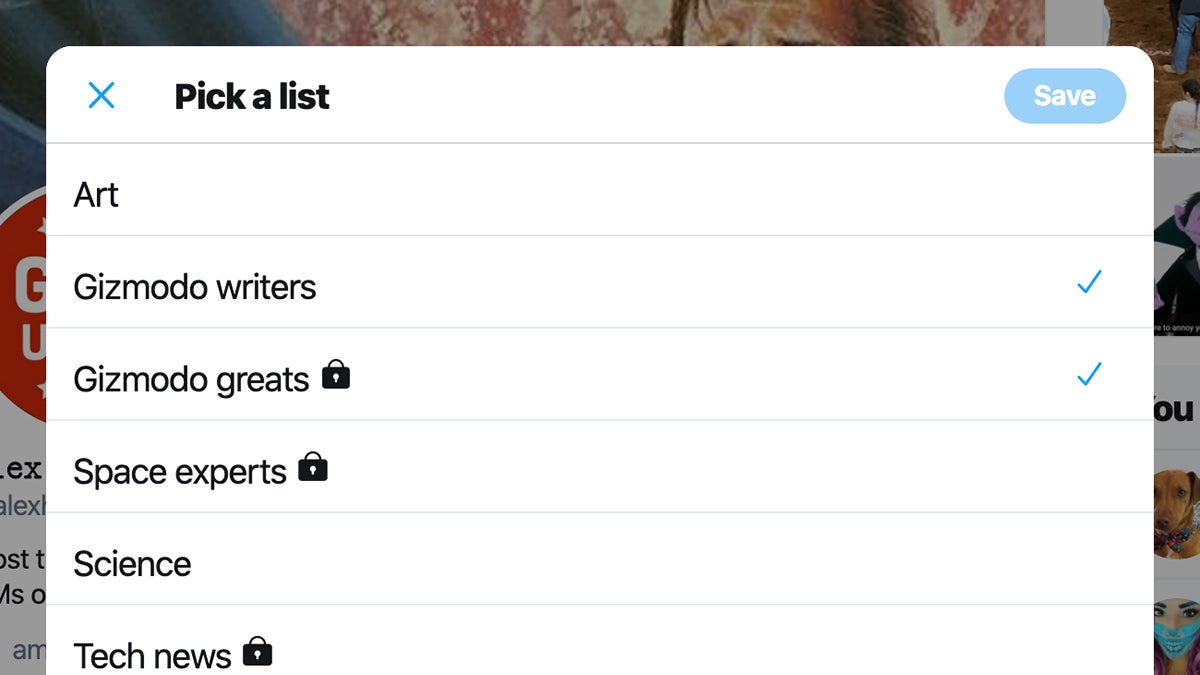 Twitter makes very good use of lists – they’re easy to find in the interface, you can add people to lists whether or not you follow them, and lists can be private or public, in case you want to share your list of inspirational tweeters with the world.

To add someone to a list from their profile, tap or click on the three dots then choose Add to list (mobile) or Add/remove from Lists (web). You’ll be given a choice from all the lists you’ve created to date, or you can opt to create one from scratch – when you create a list, you get to give it a name and a description and choose whether to make it private or public. In the latter case, anyone will be able to look at the list from your profile.

You can find your lists from the front page of Twitter on the web, via the Lists link. Open up Twitter on mobile, and they’re on the app menu under Lists (tap your avatar to see it). Select a list to see recent tweets from all its members – it’s all in reverse chronological order, so there’s no algorithm sorting going on here.

For Twitter on the web, you can bookmark lists and use them in place of your regular timeline – just go to the bookmark instead of Twitter. That’s not so easy to do in the mobile apps but lists are only a couple of taps away, and you could always access Twitter through your mobile web browser instead.

Another place where Twitter lists are well-used is in the power user TweetDeck client that Twitter itself owns. You can set up multiple lists in multiple columns and have them update in real-time, hiding away your actual timeline all the while. 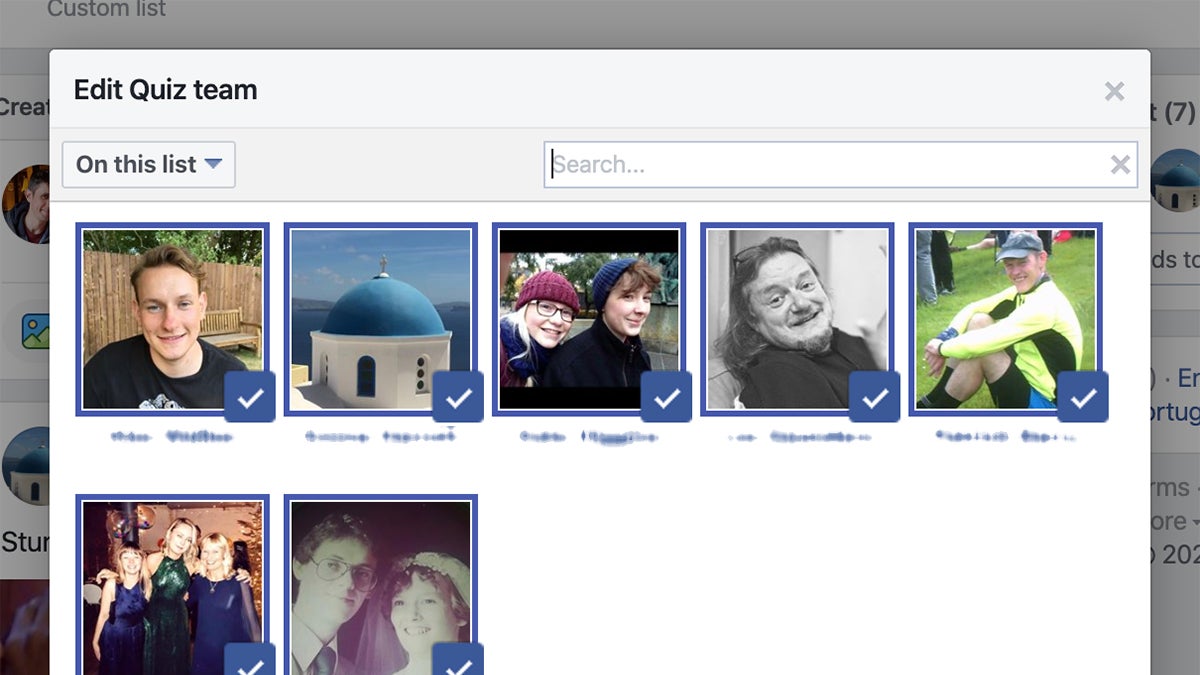 Facebook supports lists natively as well, though the feature isn’t displayed as prominently as it is on Twitter. You’ll have to do some digging to find them on the web, but lists will let you create custom news feeds without the need to ruin any of your Facebook friendships.

You can find your lists here on the web, and click Create List to make a new one. Facebook makes a few lists for you – friends with the same school or workplace listed in their profile as you, for example – but you can create lists for whatever you like. None of your friends will be able to tell if you’ve put them in a list or not.

Click on any of the list names to see posts from that group of people. Posts are listed in reverse chronological order, with the newest updates first, so there’s no kind of prioritisation deployed by Facebook. If you bookmark one of these lists, you can use it in place of your regular news feed.

Friends lists aren’t available on mobile, unfortunately, unless you want to open them up in your phone’s browser. They do appear in the drop-down audience selector box when you’re creating a post (as they do on the desktop) – you can limit the visibility of your posts to particular lists of people if you want.

Click or tap the three dots next to any news feed post on Facebook for more ways of tweaking what you see without actually disconnecting from anyone – you can snooze individual people for 30 days, stop seeing any posts from particular people without unfriending them, and more. 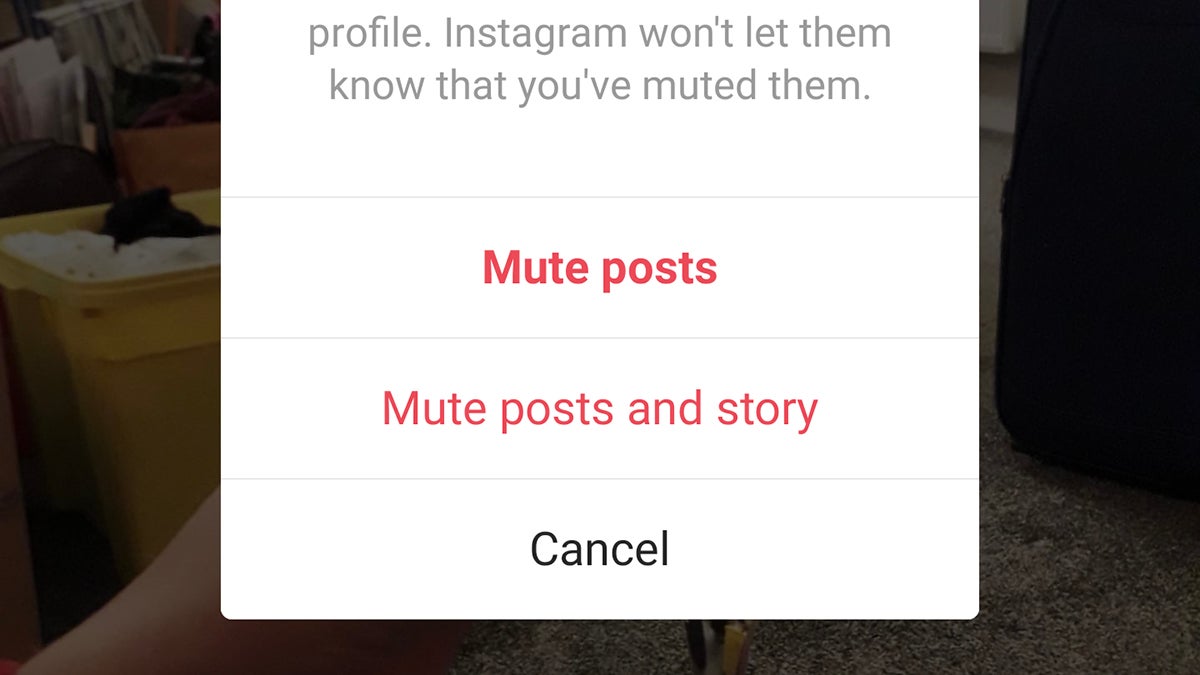 Using this feed cultivation tweak on Instagram is more difficult because it’s not officially supported. Professional social media management suites like Iconosquare can do the job, but you’ll need to pay for them (Iconosquare does offer a 14-day free trial, but it’s overkill for just tweaking your Instagram feed).

What you can do is mute people in your feed, so you won’t see anything from them, but you’ll remain Instagram friends. From any Instagram profile, tap Following and then choose Mute: You can mute posts, stories, or both. To unmute someone again, go to the same menu screen.

This works on Snapchat as well by the way, in terms of stories. If you long-press on someone’s story, then choose More and Mute Story, their photos and videos won’t disturb your Discover feed again. To unmute someone, visit their profile in Snapchat and tap the three dots in the top right corner.

No one will be able to tell that you’ve muted them, at least not through Instagram or Snapchat – though if they have to keep reminding you about the content of their posts on these apps, they might start getting suspicious.

One other option for Instagram is to steer clear of the main feed and just get notifications when your favourite people post – you can do this by tapping Following then Notifications on a profile – but this is only really manageable for a small group of users.