The problem with having so much great television is there are good, deserving shows that tend to slip under the radar. Given how little has been said about Dreamworks’ latest Netflix series, Kipo and the Age of Wonderbeasts, it’s possible this one might come and go without most people noticing. But we’re declaring it a must-watch for 2020.

Created by Dreamworks storyboard artist Radford Sechrist, Kipo is a fantastic romp through the bizarre. A post-apocalyptic haven oozing with colour and style, boasting a charming group of heroes and a great soundtrack from the guy behind Spider-Man: Into the Spider-Verse. In fact, the music in this show was so stellar, it has its own official Spotify playlist (which you can check out further down in this post).

The Netflix show stars Karen Fukuhara (She-Ra and the Princesses of Power) as Kipo, a 13-year-old girl who grew up in the Burrow, one of (presumably) many underground cities where humans have adapted to survive after a mysterious event 200 years in the past led to animals gaining sentience, growing in size, and taking over the surface world. It’s still unclear what exactly happened to turn Earth into a post-apocalyptic wasteland populated by giant bunnies and talking snakes – in a way, it doesn’t matter. That’s not the point of this show. All we know so far is it probably happened around October 2020, so we’ve got that to look forward to! 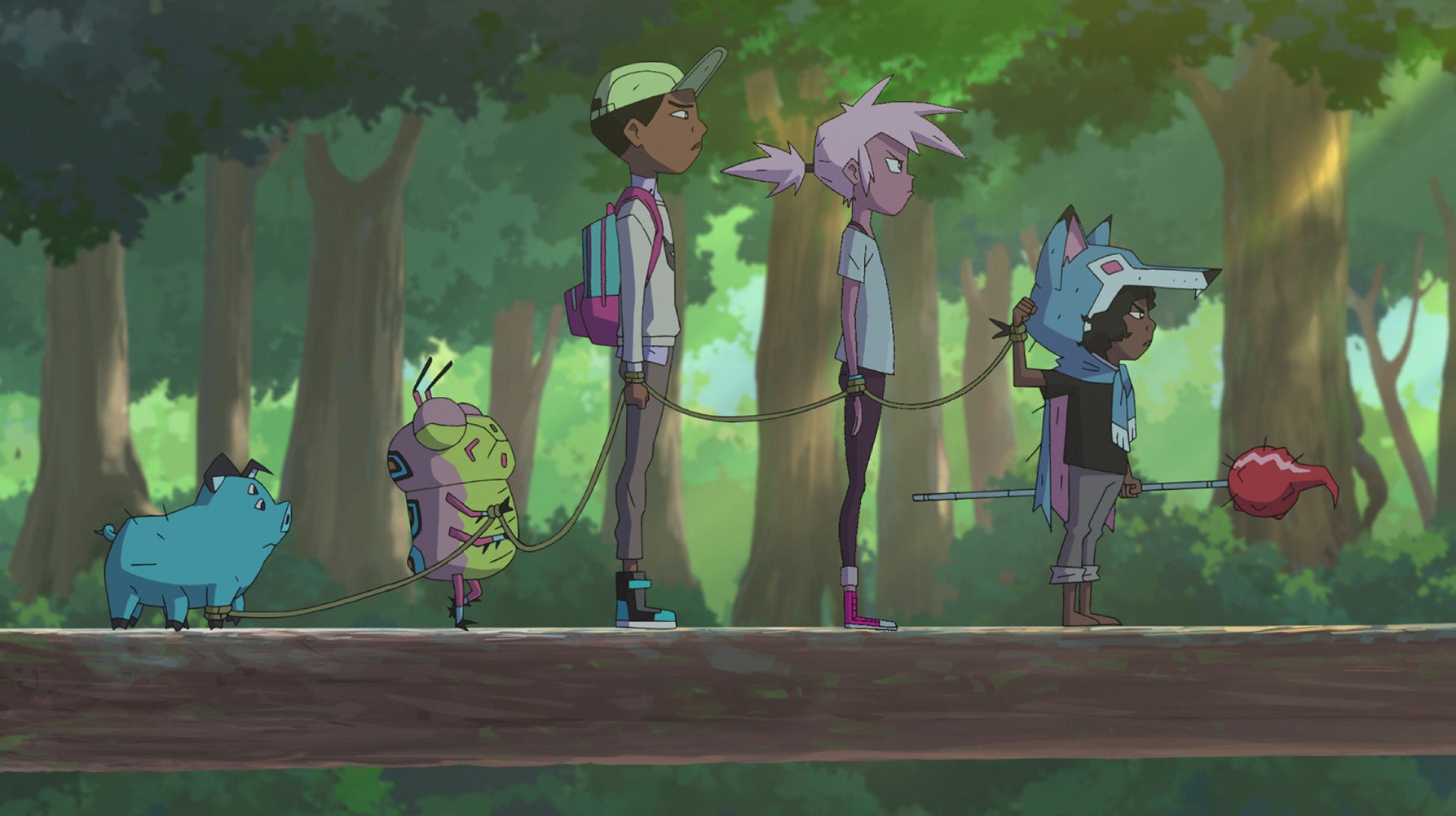 The Pack learns to work together. (All images: Netflix)

The series opens with Kipo stranded on the surface of Las Vistas after her Burrow was destroyed. She finds herself in a whole new world and falls in love with its strangeness, rejecting the idea that animals and humans shouldn’t get along. Her main goal is to be reunited with her father and the rest of her people; but the various animal clans, led by the powerful (and classical) Scarlemagne (Dan Stevens), have other plans for “Burrow Girl.” Along her journey, Kipo learns some strange truths about herself as she builds her “pack” of fellow survivors: Wolf, a young girl with a tragic past and ferocious warrior skills; Mando (no, not that one), an adorable pig with four eyes; and Benson, a clever music-loving scavenger who travels with an insect named Doug that’s constantly undergoing metamorphosis.

On the surface, if you’ll pardon the pun, Kipo isn’t telling a groundbreaking story; it’s pretty much The Wizard of Oz with talking cats (something Sechrist even acknowledged in an interview with the Hollywood Reporter). What makes it shine is the way it tells the story. It’s a very fun show to watch. Instead of being dull and lifeless like Fallout 3 or The Walking Dead, Kipo is bright and colourful, with vibrant buildings lying in ruins, semi-trucks teetering on radio towers, and tonnes of nature creeping its way through the decay. The whole thing reminded me of Miyazaki films – especially the backgrounds, which have a perfect amount of lushness and abstract whimsy. 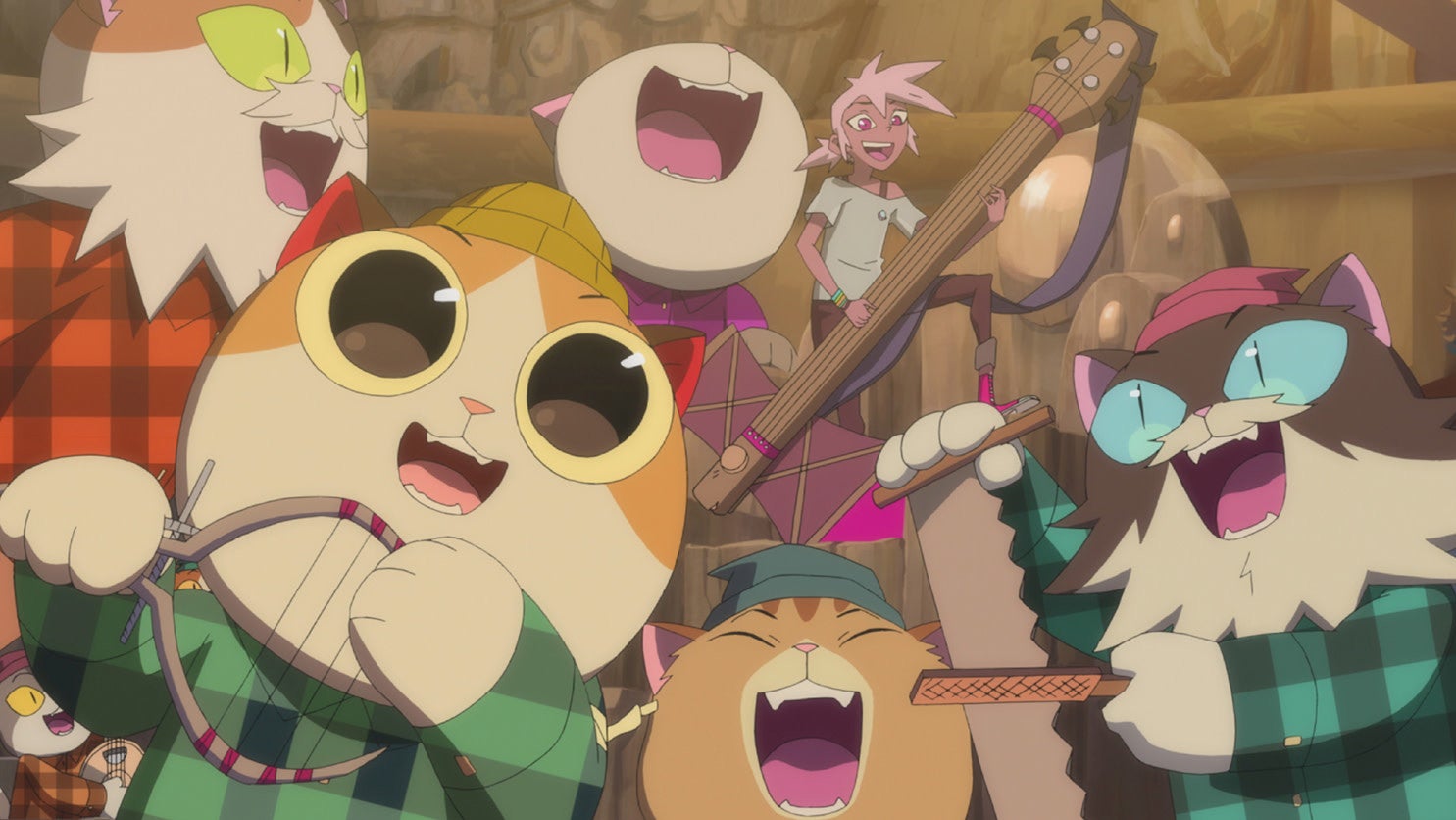 The characters are also enjoyable, with some great art design that came across like a mix between Invader Zim, She-Ra, and Egyptian hieroglyphics. Kipo, in particular, is charming and curious, finding joy in every moment even when her life is threatened. And it’s threatened a lot. This world may be pretty but it’s also terrifying – everything is out to eat them, enslave them, or both.

That said, it felt like an odd choice to have the animals be called “mutes” (short for mutant) in the show, as that’s an antiquated and offensive term for people who don’t use verbal speech. Watching someone recoil in horror as they say “you’re a mute” made me uncomfortable, even if it clearly wasn’t intended to be confused with the older terminology. However, like Steven Universe, Kipo does its best to let the worst parts of its world still feel beautiful...or, at the very least, adorable. The different animal groups (which go by names like “Newton Wolves” and “Mod Frogs”) are just the right amount of cute and ridiculous. At one point, a group of Timbercats broke out in a bluegrass jam about their fearless feline leader and I cheered.

Speaking of which, there’s the music I mentioned previously. Music supervisor Kier Lehman, who helmed the fantastic soundtrack for Into the Spider-Verse, lent his talents to this show, bringing in exciting artists like The Derevolutions, Lushlife, Headband, and Fabio Fuso. Songs were used to heighten scenes of action, but they were also used to subvert them: My favourite moment was probably when Nathan Williams crooned “Reaching Higher” in my ears as the Mod Frogs chased Kipo and her new friends through the streets. It was just delightful. Combined with a dynamic score by composer Daniel Rojas (Downsizing), the music in Kipo is guaranteed to get your foot hopping. 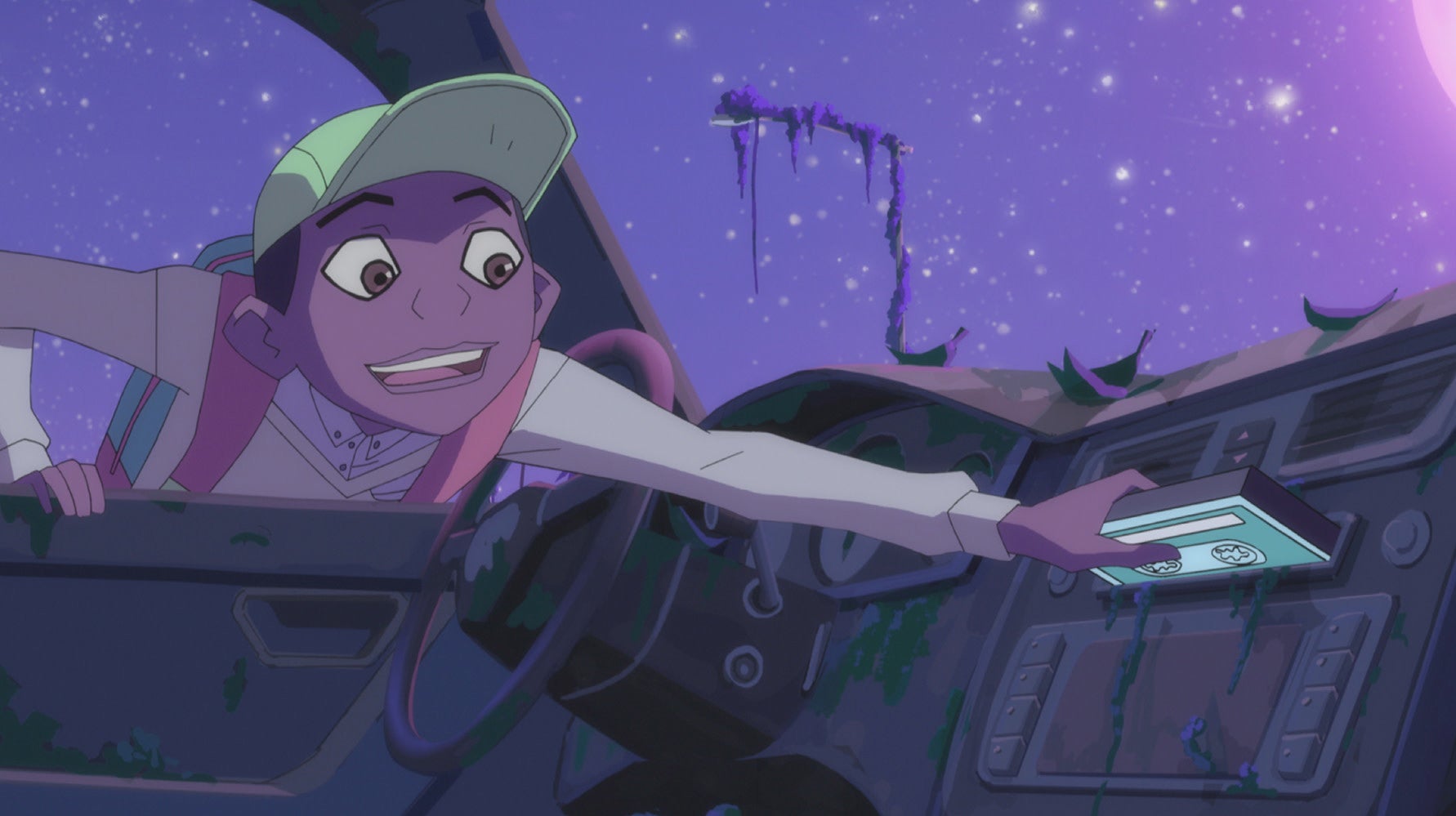 Benson knows how to find a good song.

Dreamworks has put together an official playlist for the songs featured in the show, although sadly, “Reaching Higher” isn’t included.

Kipo and the Age of Wonderbeasts joins the ranks of She-Ra and the Princesses of Power, Gravity Falls, and Steven Universe as the latest children’s animated series with wide appeal and a lot of heart. Much like Disney Channel’s upcoming series The Owl House, Kipo knows there’s value in telling stories that will mean something to audiences whether they’re eight or 48 years old. It’s the first show in a while that I recommended to my sister and her husband for something they can watch with their 3-year-old child. It’s not too scary for young kids, with a lot of stuff for them to gaze in wonder at, but the story and atmosphere give it a whole new dimension for everyone else.

The first season ends on a mystery and a cliffhanger, one that I’m hoping gets solved with at least one more season. There’s a lot of style and enough substance to make it a worthwhile watch. I had a blast exploring the kaleidoscopic wasteland with Kipo and her friends – and now, just like Benson, I’ve got a killer soundtrack for the apocalypse.