He’s made pop culture references plenty of times before but whoever “designed” this logo may be hearing from CBS or Paramount pretty soon.

After consultation with our Great Military Leaders, designers, and others, I am pleased to present the new logo for the United States Space Force, the Sixth Branch of our Magnificent Military! pic.twitter.com/TC8pT4yHFT

Yes, while the Air Force Space Command has utilised a delta symbol previously, the image Trump posted is a lot closer to the Federation logo than it should be. 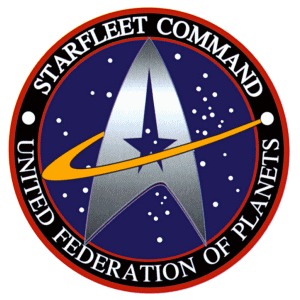 “The first duty of every Starfleet officer is to the truth. Whether it’s scientific truth, or historical truth, or personal truth. It is the guiding principle upon which Starfleet is based.”– Captain Jean-Luc Picard. Image: CBS