Just in the last year, we’ve seen a bunch of big names announcer their first truly wireless earbuds including Microsoft, Google, Amazon, and more. And now it’s LG’s turn to give it a try with its new Tone Free earbuds.

While LG’s $200 (£153; UK pricing and availability TBA) Tone Free may have got a bit lost in the post-CES shuffle, they do have one feature not found on any of its competitors: a disinfecting UV light built into the Tone Free’s charging case that’s designed to kill bacteria, including staph and E. coli, which could potentially protect you from a nasty infection. (LG says on its website that it conducted “independent testing” in October that found its UV nanotechnology reduced bacteria “on tip of the earbud closest to the ear canal.”)

On their own, the Tone Free buds should last about six hours on a single charge, with another 21 hours of juice stashed in their included charging case, which should be good for more than three additional full charges, according to LG. And like a lot of competing earbuds, the Tone Free sport a touch-sensitive side panel that allows you to skip tracks, adjust volume, and even summon the Google Assistant with a couple of simple gestures. The Tone Free also have an IPX4 rating for water-resistance, so they should be fine in the rain or at the gym. 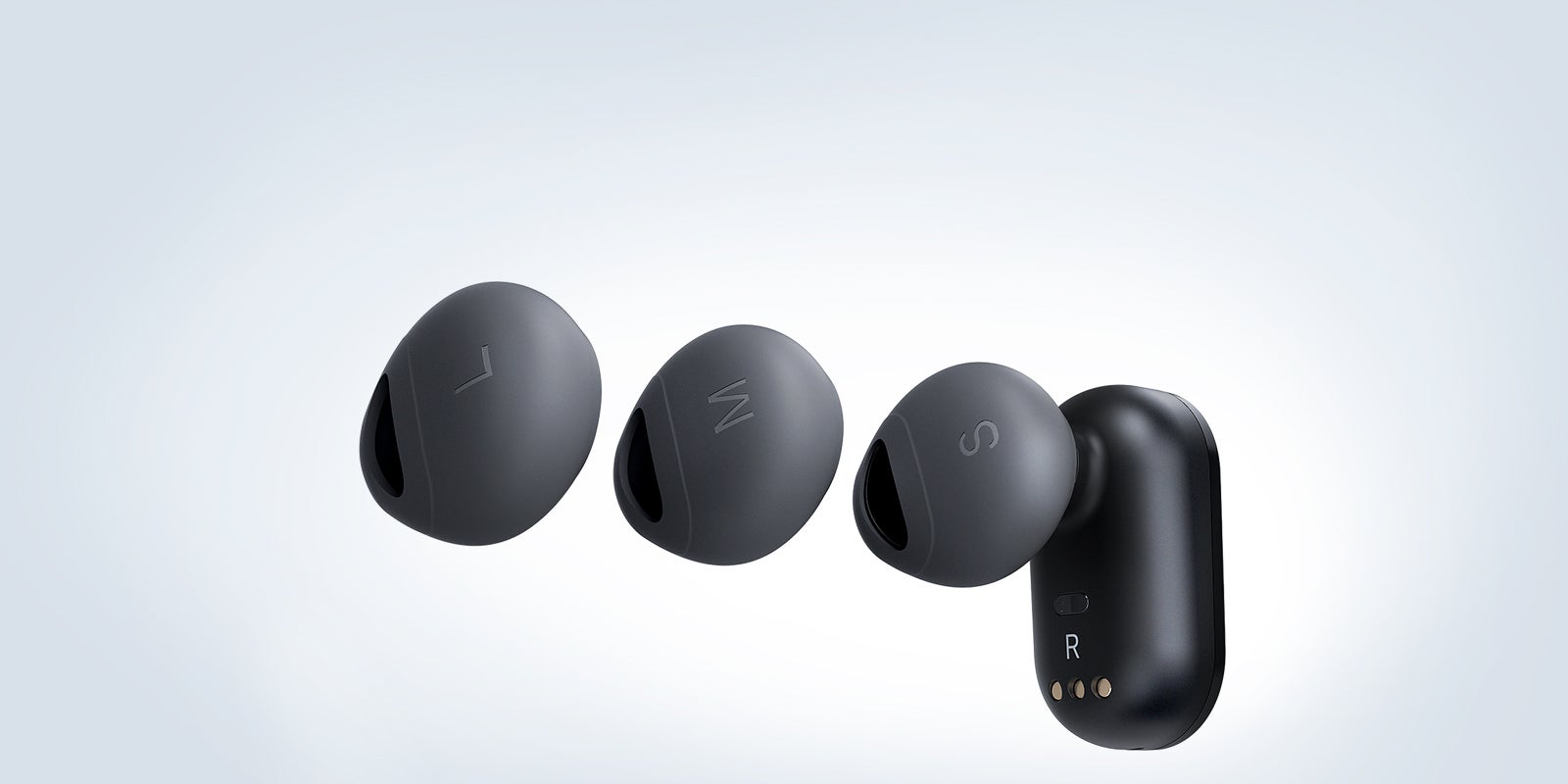 Sadly, the Tone Free only come with two extra pairs of ear tips, because while using UV light to kill bacteria is nice, that only one part of trying to keep your earbuds really clean. (Photo: LG)

And as for their audio, the Tone Free have been tuned by Meridian to deliver distortion-free high-res sound, while also featuring a composite diaphragm made from multiple materials including both metal and plastic to ensure that treble and bass notes sound crisp.

Interestingly, LG says the Tone Free are semi-open earbuds, unlike a lot of more closed-back earbuds such as Samsung’s Galaxy Buds, the Amazon Echo Buds, and others. Unfortunately, the Tone Free’s semi-open design means LG’s buds also don’t support active noise-cancelling (ANC). This could be an issue for LG because the Tone Free's price point is when you start seeing more high-end earbuds offer ANC as you get on Apple’s £250 AirPods Pro.

When you run low on juice, the Tone Free support fast charging that should give the earbuds an extra hour of music playback after just five minutes of charging. Also, automatic ear detection allows the buds to pause on their own when you take them out, which saves your spot and helps extend battery life at the same time. 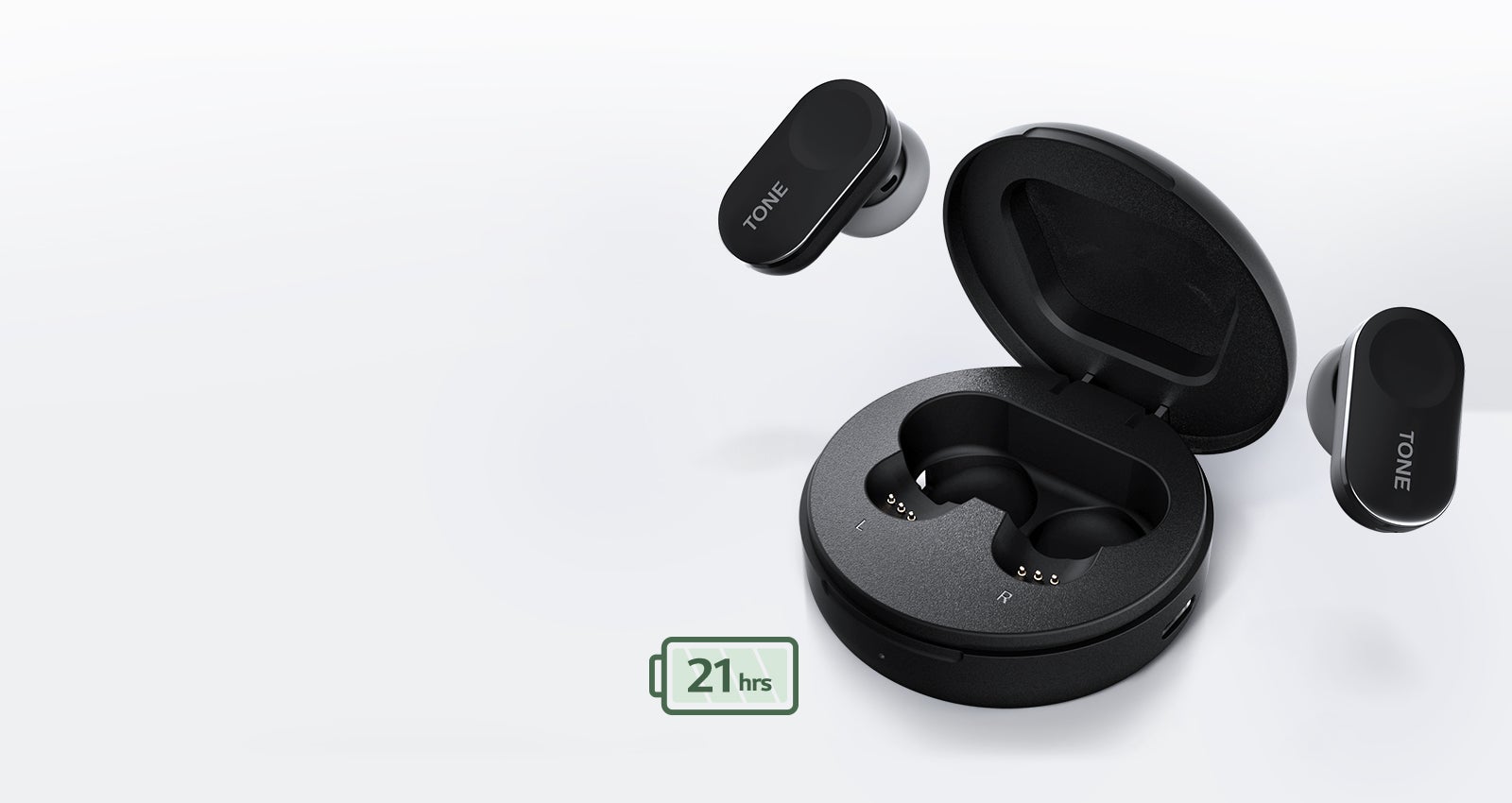 All told, I’ve got to give LG credit for spicing up the category with the UV light perk – a feature no other company is really offering – but I fear the Tone Free may get stuck in a hard place between more affordable earbuds without ANC and fancier, more expensive earbuds that do support ANC like the AirPods Pro and Sony’s WF-1000XM3.