Massive Leak Reveals Pretty Much Everything About Samsung's Next Foldable Phone

The Galaxy Fold was the pioneer for Samsung’s first efforts in making foldable phones, and now thanks to a massive leak, we’re getting a detailed look at Samsung’s second foldable handset – the Galaxy Z Flip – weeks before its expected official debut.

The leak was first uncovered by Winfuture.de and sheds light on almost everything you’d want to know about the Galaxy Z Flip, including its specs, features, and thanks to a number of official-looking renders, even its design.

Featuring a 6.7-inch 2636 x 1080 display with a 22:9 aspect ratio, the Z Flip will be the second phone with a flexible screen to sport a design that hearkens back to a time when flip phones were king. (Thank you, Motorola Razr.) However, the big difference between the Razr and the Z Flip is that Winfuture’s leak seems to confirm that Samsung’s flexible display will come with “Ultra Thin Glass” that should offer much better protection from everyday wear and tear. 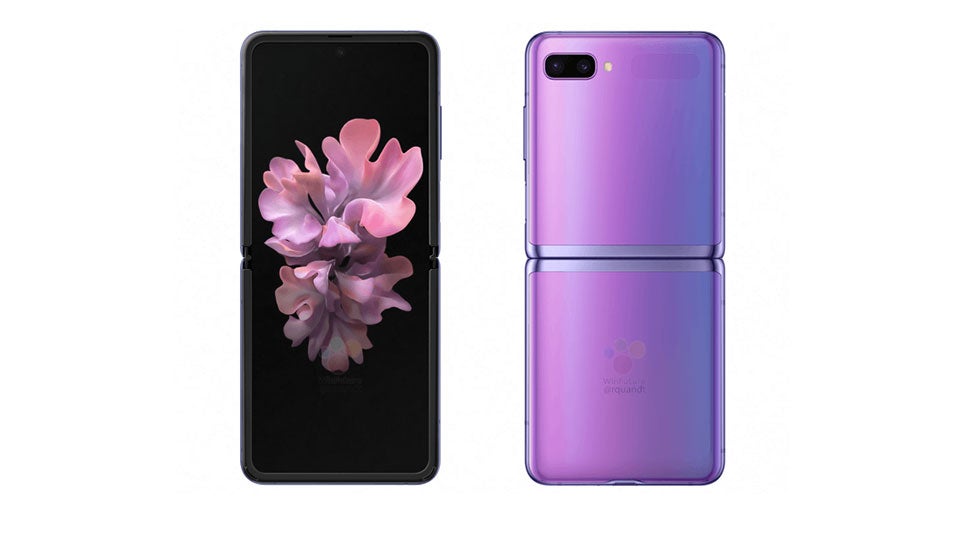 As seen in leaked images, the Galaxy Z Flip features a hole-punch selfie camera (like other modern Galaxy phones) with a 10-MP resolution, while the display itself comes with support for HDR10+ video. Additionally, on the outside of the phone, Samsung has included a tiny 1.06-inch exterior display covered by Gorilla Glass 6, which can be used for simple tasks like checking the time or notifications.

Winfuture also claims that the Z Flip will have a hinge that can be freely opened between 70 and 110 degrees, but will also be able to rest open in a 90-degree L-shaped position when left on a desk or table.

As for specs, the Z Flip looks like it will come with a Qualcomm Snapdragon 855+ chip instead of the newer Snapdragon 865 processor (which will probably be reserved for the Galaxy S20), a side-mounted fingerprint sensor, 8GB of RAM, and 256GB of storage. Inside, while the Z Flip’s 3,300 mAh battery might seem a bit small compared to a lot of other modern Android phones, it’s still significantly larger than the 2,510 mAh power pack found in the Moto Razr.

The Z Flip appears to sport just two rear cameras instead of three: a 12-MP main camera and a 12-MP ultra-wide angle camera. Unfortunately, it seems that anyone hoping for a microSD card slot or a headphone jack on the Z Flip is going to end up disappointed.

Based on the leaked photos posted by Winfuture, it looks like the Z Flip will come in two colours: black and purple. However, there are a few important details Winfuture didn’t get, such as the Z Flip’s expected price and release date. Rumour has it that the Z Flip could be available for sale or pre-order as early as 14 February, with a US price somewhere between $1,000 (£768) and $1,500 (£1,153). A number of recent reports from Korea have suggested a figure between £660 and £990.

It’s important to note that these leaks haven’t been officially confirmed by Samsung, but Winfuture’s solid track record with previous leaks, combined with all the details and high-quality renders, lends this report a lot of credibility.

Now the real question for Samsung: After the Galaxy Fold, does the Z Flip have what it takes to convince foldable phone sceptics that this is worth consideration over one of its more traditional competitors?

Check back for more info in a couple weeks when we expect Samsung to officially reveal the Galaxy Z Flip at its 2020 Galaxy Unpacked event on 11 February.