One small step for a startup, one giant leap into finally launching the filthy rich into space: NASA announced on Monday that it has selected Houston-based startup Axiom Space to build the first commercial destination module for the International Space Station.

In a blog post, NASA said the project to attach a space hotel to the ISS was an important step to “foster the growth of a robust low-Earth orbit economy,” with NASA administrator Jim Bridenstine saying “Axiom’s work to develop a commercial destination in space is a critical step for NASA to meet its long-term needs for astronaut training, scientific research, and technology demonstrations in low-Earth orbit.”

According to TechCrunch, Axiom was co-founded in 2016 by CEO and former ISS program manager Michael T. Suffredini and has plans to launch its own space station after demonstrating its modules on the ISS.

On a section of Axiom’s website advertising private trips to space, Suffredini wrote that “Astronauts return from space changed, with a renewed perspective on humanity that remains with them the rest of their lives,” adding that such a voyage “awakens something that feels primordial and eternal.” TechCrunch noted that in 2018, the company paired with designer Philippe Starck to present a vision of space as a garish playground for class enemies. (This presents somewhat of an opportunity to start a new Space Race with Roscosmos, which has already signed its own deal to launch rich people into space.) 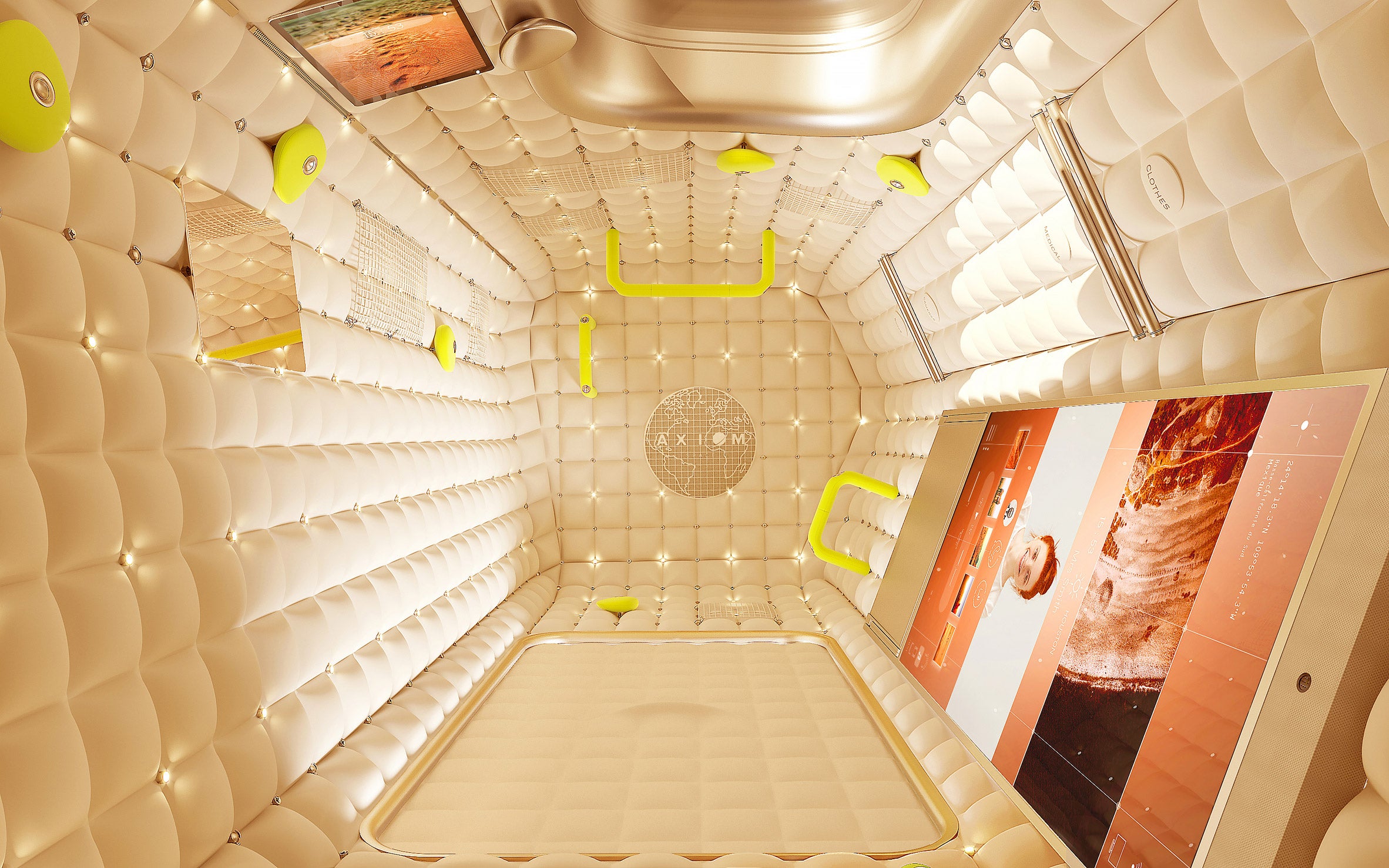 NASA has been pushing forward with a plan to privatise much of the ageing ISS starting in 2024 (despite concerns from the agency’s own inspector general that this could amount to running the station as government-subsidised paydirt for private interests instead of running more “critical on-orbit research” until 2028). NASA Spaceflight reported that the NASA-Axiom partnership is intended to result in “a node module, a crew habitat, and a research and manufacturing module” as well as a large observation window being attached to the ISS, though Axiom has released “next to zero details on anything regarding the specifics on the module’s size, habitable space, if it will have its own propulsion system, how it will be powered or what launch vehicle it will use to be launched toward the station have been made known to the public.”

NASA Spaceflight did note, however, that Axiom has already signed a $55 million (£42 million) contract with a hopeful guest and intends to separate the modules into its own “Axiom Station” at the end of the ISS’ lifespan. According to TechCrunch, Axiom’s next requirements will be negotiating terms and pricing for its contract with NASA and coming up with a timeline for it to have the module ready.

“There will be wifi,” Suffredini told the New York Times last year. “Everybody will be online. They can make phone calls, sleep, look out the window. ... The few folks that have gone to orbit as tourists, it wasn’t really a luxurious experience, it was kind of like camping. ... Pretty soon we’re going to be flying a butler with every crew.”