Health officials in China have confirmed that a mysterious new virus which originated in the city of Wuhan can be transmitted from human-to-human, not just from animals to humans. The news comes after a sixth person has died from the virus and at least 15 health care workers have been infected. The World Health Organization (WHO) has called an emergency meeting to discuss the novel coronavirus today.

The virus, dubbed 2019-nCoV, has infected at least 295 people and spread to Thailand, Japan, and South Korea since it was first identified on 31 December 2019, according to Chinese state media outlet CGTN. At least eight people remain in critical condition.

Chinese President Xi Jinping acknowledged the existence of the virus for the first time on Monday, stressing that the outbreak “must be taken seriously.” The first death from 2019-nCoV was recorded on 9 January after a 61-year-old man in Wuhan developed pneumonia-like symptoms. Wuhan’s mayor, Zhou Xianwang, announced the fifth and sixth deaths in the city during a news conference on Tuesday.

Disturbingly, the Wuhan Municipal Health Commission announced yesterday that 15 health workers have become sick from the new virus while treating patients. One of the health workers is reportedly in critical condition, while the others are stable. It’s not clear if the health care workers all come from the same hospital or if they’re from different hospitals in the city of 11 million.

The new virus has recently spread to some of China’s largest cities, with five cases in Beijing and two cases in Shanghai being reported so far. Chinese officials have confirmed that there have been at least 14 cases in Guangdong province, over 600 miles from Wuhan, and at least two of those cases are believed to be from direct human-to-human transmission.

Health officials previously believed that the only people that had become sick were in direct contact with animals at the Huanan Wholesale Seafood Market in Wuhan. CNN reports the market was selling a large variety of live animals for consumption, including wild animals that can carry a variety of diseases.

South Korea reported its first case of the new virus on Monday, in a 35-year-old Chinese woman who had recently travelled to Wuhan. The unnamed woman did not visit any food markets with live animals according to the Center For Infectious Disease Research and Policy (CIDRAP) at the University of Minnesota.

Experts have suggested that the actual number of people infected with the new virus could be much higher than Chinese health officials have let on. The Centre for Global Infectious Disease Analysis at Imperial College London believes that there could be over 1,700 cases already, based on its model. Health officials have started to compare this new virus to SARS, which killed 774 people from November 2002 to July 2003.

The World Health Organization’s Director-General Tedros Adhanom Ghebreyesus announced on Twitter Monday that an emergency meeting would take place on Wednesday to discuss whether this outbreak constitutes a “public health emergency of international concern.” Such a designation would allow the global health body to more quickly allocate funds to screen for the virus. 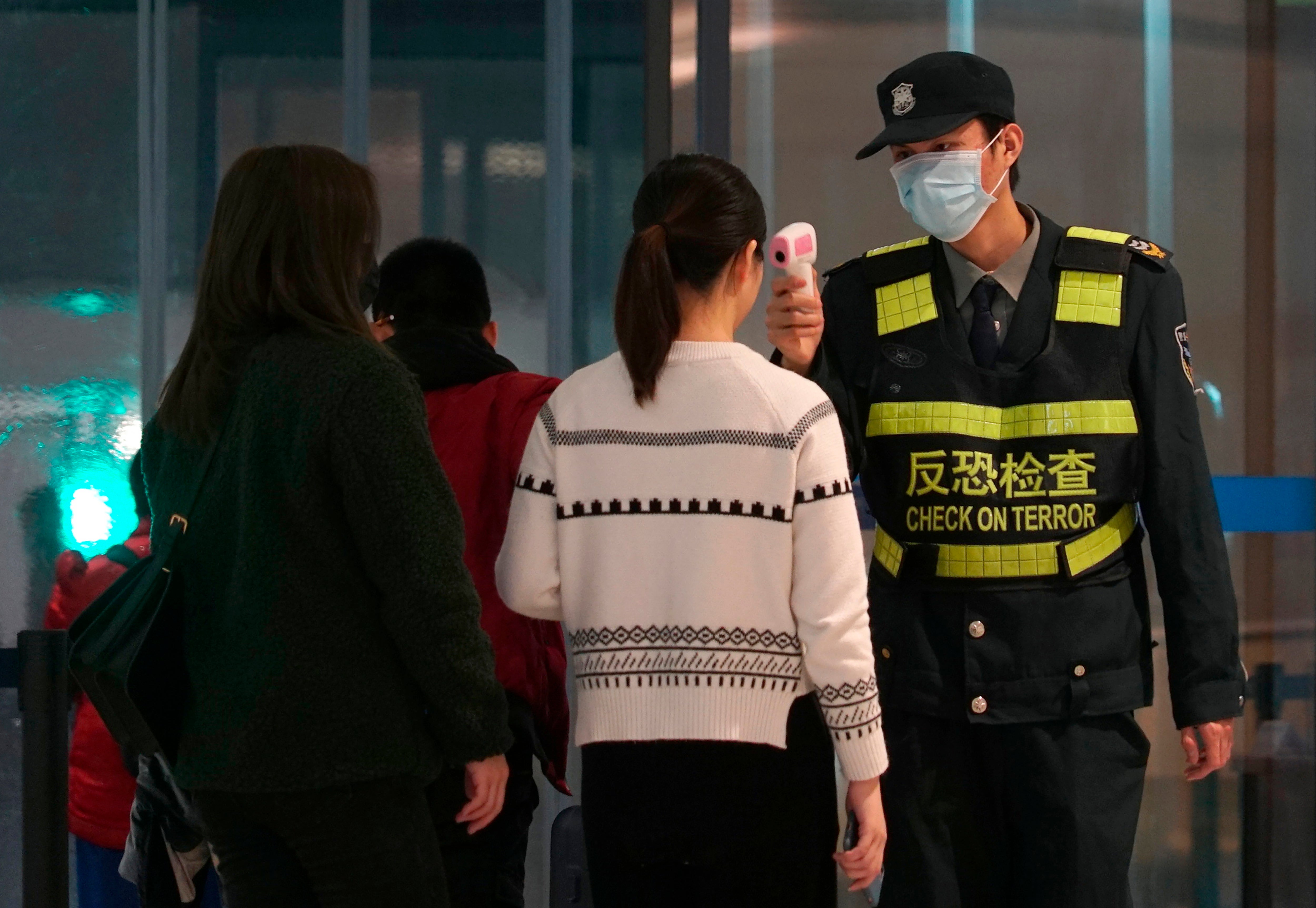 The virus has popped up in four countries so far this month, but others are on high alert. In Australia, a man who recently visited Wuhan is being tested for the virus, but health officials in Australia don’t yet have the specific tools to test for 2019-nCoV. Results from the test won’t be ready for another couple of days, according to Australia’s ABC News.

“At the moment we can only do a generic test for coronavirus,” Jeannette Young, the chief health officer for the state of Queensland said at a press conference yesterday. “We can’t do the specific test for this specific virus because we haven’t seen it before, so we’ve got to develop the specific tests to be able to say it’s this particular virus.”

Airports in Australia, South Korea, and Japan have started to do thermal screening of people coming on flights from China in an effort to catch and quarantine anyone who may present flu-like symptoms. The 35-year-old woman who was discovered to have the virus in South Korea only learned about it through thermal screening at Incheon International Airport in Seoul. In the US, three airports are screening for the virus, according to a report from the Washington Post, with Los Angeles, San Francisco, and New York’s John F. Kennedy setting up thermal scanners.

What can you do to protect yourself from getting this new virus? It’s the same advice for not getting the flu. Wash your hands, don’t touch your face, and wear a mask when you’re in public, say public health experts.

“Please take care if you are ill,” Leung continued. “If you are going to a crowded place, put on a mask even if you are not ill because others may be, even if they have cough etiquette or sneeze etiquette, they may still get in touch with you.”

“If you have any symptoms, especially if you have travel history to Wuhan, then please go and seek medical attention and be honest and open with your doctors. Tell them of your travel history. Do not hide any history from your doctors because you fear, ‘Oh, if I say this I might be quarantined.’ Please be honest to help yourself and to help others.”

China’s Lunar New Year celebrations start later this week, giving public health officials even more concern that the new virus could spread rapidly. Hundreds of millions of people are expected to travel within China for the Lunar New Year and millions more will travel outside of China. And if this new virus is spreading from person-to-person with such ease that 15 health workers have already gotten sick, there’s a very real concern that this deadly outbreak could travel even further in the coming weeks.