There were lots of great reasons to hate on the original Segway: it was overhyped, it was expensive, it was easy to fall off, but most disappointing was that it required extensive standing. We were promised a future with minimal physical exertion, and Segway-Ninebot’s new S-Pod personal transporter finally delivers that – almost two decades later.

Like the original Segway, the S-Pod does the whole self-balancing on two wheels trick which the brand is mostly known for. But to make climbing aboard a little easier, and a little more stable, a third wheel has been added that the S-Pod can rest on when it has come to a stop. 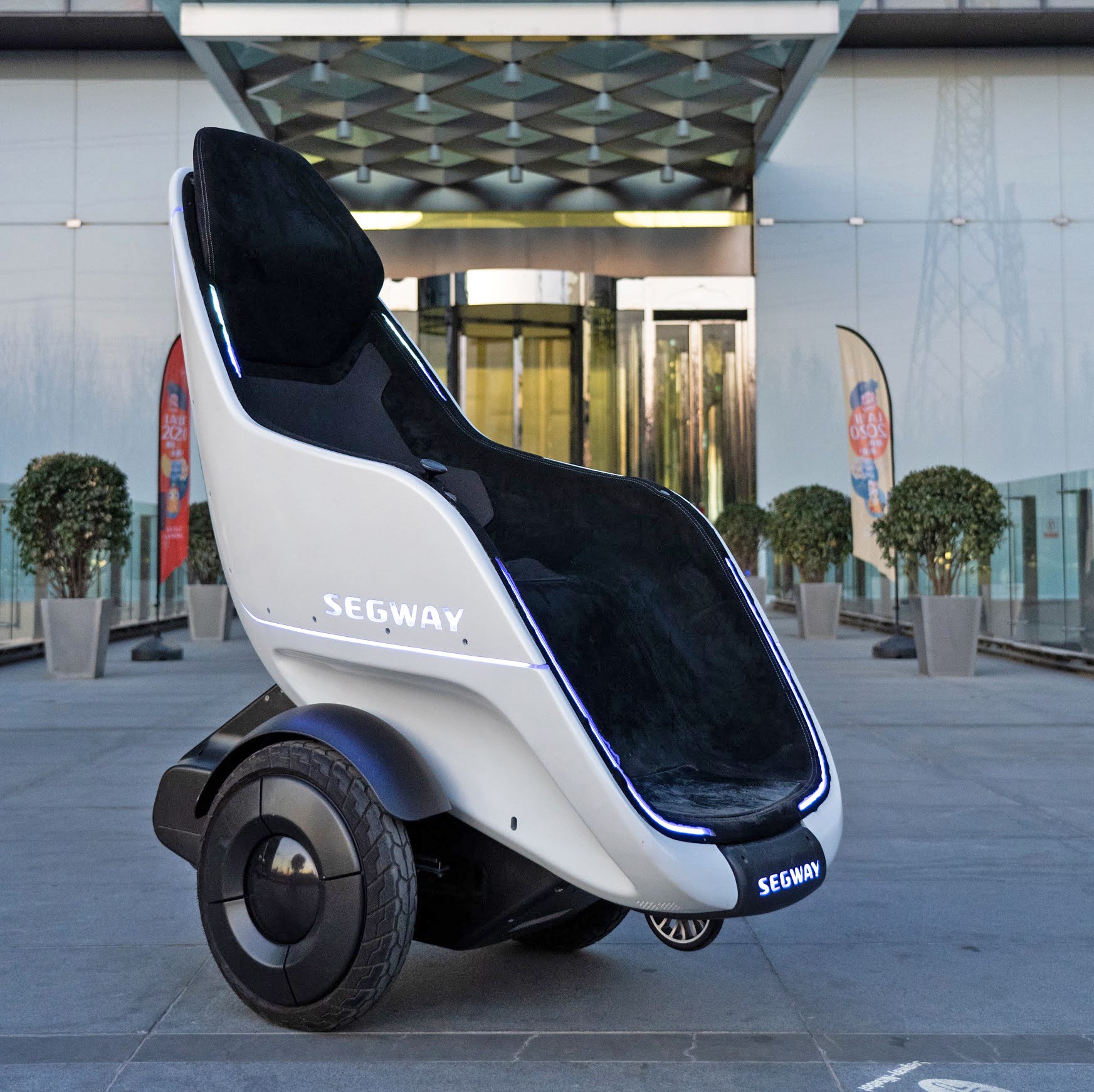 Instead of leaning forwards and back to control the S-Pod’s acceleration, the rider uses a navigation panel and a knob. (Photo: Segway-Ninebot)

In lieu of the original Segway’s handlebar-mounted controls which allowed riders to simply lean forward or backward to accelerate or slow down, the S-Pod features a navigation panel and a manually operated control knob which causes the vehicle itself to shift its centre of gravity forward and back.

The rider simply has to sit back and enjoy the ride, which can hit speeds of almost 25 miles per hour, with an anticipated range of almost 44 miles that’s almost certainly dependent on the terrain, conditions, rider, and speed the S-Pod is cruising at. The aforementioned control pad can even be removed and used to operate the S-Pod remotely so that riders who aren’t comfortable with driving using a joystick can still climb aboard.

But the S-Pod is in no way being positioned as a replacement for self-powered wheelchairs, and it appears to cater to mostly able-bodied passengers. We’ll have an opportunity to try it out in person at CES 2020 next week in Las Vegas, but based on the handful of shots that Segway-Ninebot has released so far, getting in and out of the S-Pod won’t be as easy or as accommodating as wheelchairs are. And while the self-balancing trick is neat, it’s completely dependent on power to work, and the last thing someone who requires a mobility device needs is their wheelchair toppling over when the battery dies.

As with the original Segway, the S-Pod has lots of advantages over other electric vehicles as its ability to spin on two wheels gives it a zero turning radius, so it would potentially be less obtrusive to operative in places like airports, theme parks, or even shopping malls. But the S-Pod is currently just a concept that Segway-Ninebot promises to have running at CES 2020 next week, and it could potentially hit the same speed bumps the original Segway did – which arguably never lived up to the impossible level of hype that preceded it. That being said, Segway-Ninebot, you had me at “no more standing.”