This Is Intel's Graphics Card

Intel’s first graphics card in years, the Intel DG1, is coming later this year. Announced earlier this week at CES, here’s everything we’ve learned about the DG1, its architecture, Xe, and Intel’s plans to pair it with its next generation of CPUs, Tiger Lake.

The DG1 is Intel’s big play to better rival well-known GPU makers Nvidia and AMD. In late 2017, Intel poached AMD’s lead GPU architect, Raja Koduri, and announced its plan to invest in creating discrete graphics – a first for the company since the aborted Larrabee GPU in 2009. Less than six months after grabbing Koduri, Intel poached his old AMD collaborator, Jim Keller, from Tesla.

Since then, we’ve just had a few teases of the DG1 and Intel’s planned discrete graphics program, Odyssey. In 2019, Intel finally released its long-gestating Ice Lake CPUs, which has much-improved graphics – a teaser of sorts for the graphics work Intel has undertaken.

In late November, Intel started talking more about the underlying architecture, Xe. Xe is the base architecture Intel’s new line of graphics is based on, and it’s branched into three microarchitectures. Xe HPC is the one that will be used in servers to power the cloud. Xe HP is intended for professional workstations. Xe LP is the one most of us care about – the one for gaming and mobile devices. 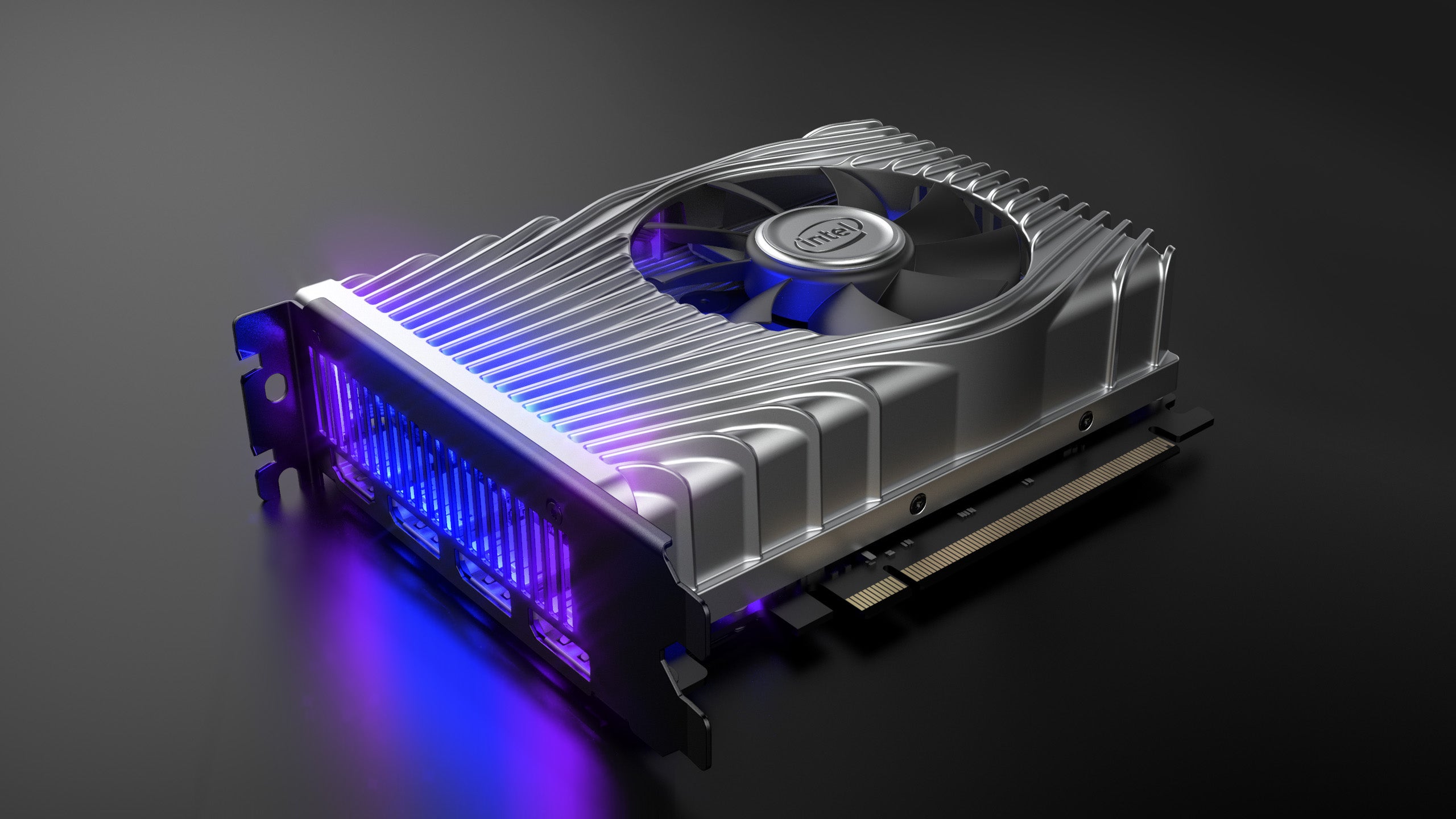 Intel also claims a “double-digit” improvement in CPU performance in Tiger Lake as compared to Ice Lake. This means Blender could soon be rendering the popular “Car Demo” benchmark in under 10 minutes on processors intended for thin and light laptops like the Dell XPS 13 and Lenovo Yoga series. On Ice Lake, that benchmark hovers around 10 minutes and 7 seconds for the Ice Lake i7 1065G7 processor.

Tiger Lake is expected to ship on laptops later this year, but the Intel DG1 is being put on a PCIe slot right now and being shipped to independent software developers (ISVs) soon. It is going to ISVs instead of straight to all our hot little hands because hardware is only half of a new graphics architecture rollout. As we saw with the early days of AMD’s Vega architecture, software support is absolutely crucial for GPU performance. Operating systems developers, game designers, and general software companies that rely on GPUs need access to the hardware and a good API if Intel wants to maximise performance.

Intel has already been pretty focused on software improvements as it eyes the launch of the DG1 (hopefully) later this year. The Intel Graphics Command Center, the software suite via which users will interact with their GPU, is already in beta, and Intel is already messing with some fun GPU features like “retro scaling,” which sharpens the graphics on 16-bit looking (think SNES or Genesis) games.

So Intel is shipping DG1 to ISVs now to ideally help figure out other software features and tweaks necessary before an eventual major launch. If you want to learn more, Intel will be hosting an AMA on Reddit next Thursday, 16 January, at 5pm GMT.