A woman in Italy developed a rare, literally hair-raising medical condition, her doctors say. In a case study, they describe how the woman grew eyelash-like hairs inside of her mouth. What’s worse, the hairs kept returning after their initial removal.

According to study author Khrystyna Zhurakivska, a clinical dental researcher at the University of University of Foggia, the woman’s symptoms began over a decade ago.

At around age 19, she had visited doctors complaining of hair growing out of her gums. Additional testing also revealed she had ovarian cysts. Both of these symptoms, the doctors theorised, were caused by a relatively common hormonal disorder known as polycystic ovary syndrome (PCOS). Women with PCOS tend to produce more testosterone than normal, which can lead to increased growth of hair on the body – a complication called hirsutism. 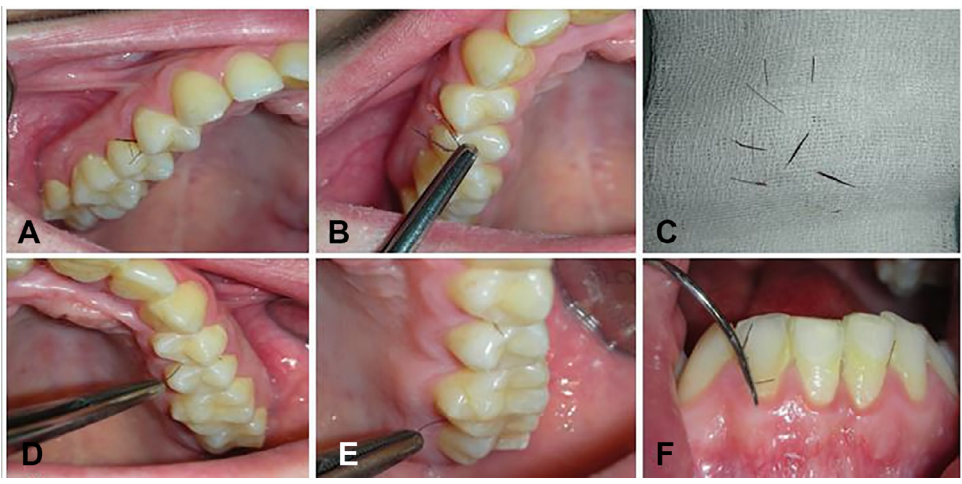 Hirsutism typically happens around the face, chest, or back. But hair growing inside a person’s mouth has only been documented a handful of times. The doctors, who published a paper on the original case in 2009, treated the women for her PCOS using oral hormonal contraceptives (a common remedy) and removed the hairs. Four months after the initial visit, the hairs hadn’t come back and the woman appeared to be doing great.

But six years later, the then 25-year-old woman returned to doctors, now with hair along her neck and chin and “brown hair, similar to eyelashes” inside her mouth. The hairs had returned sometime after the woman had stopped her treatment for PCOS, leading the authors of this new case study – which include some of the doctors who helped treat her six years earlier – to conclude that the PCOS really was the cause of her hair problems.

“Since the finding recurred six years after the first observation, this led to our understanding that this was not an occasional finding but that it was probably a structural defect and hormonal imbalance that persisted, giving rise to this phenomenon,” Zhurakivska told Gizmodo in an email.

According to the case study, published in the February issue of Oral Surgery, Oral Medicine, Oral Pathology and Oral Radiology, the woman’s mouth hairs were removed a second time, while tissue samples from her mouth were taken for study. She was also referred to an endocrinologist and asked to visit back three months later, which she apparently never did. A year later, she did return, sporting even more hairs along both her upper and lower gums, which were again removed.

Given that the woman’s hair problem seemed to go dormant while she was on treatment for her PCOS, it’s likely that continued treatment would help mitigate the condition. It’s not clear why she stopped taking her treatment. Because PCOS is a lifelong condition, Zhurakivska said, it’s almost certain that she will remain at risk for future episodes of mouth hairs.

The authors only managed to find five other cases of mouth hairs in the medical literature, most of which involved just a stray hair or two. And this appears to be the first case ever found in a woman, as well as the first tied to PCOS.

It’s not biologically implausible that hair can grow in the mouth, Zhurakivska said. Our gum tissue develops in the womb from the same layer of cells that give rise to our outer skin, and they have the potential to grow structures typically found in our skin cells, like sebaceous glands and hair. Indeed, extra sebaceous glands in the mouth, which look like yellow or whitish bumps, are a very common and harmless thing.

But there is “no clear explanation” for why these glands are commonly found in our mouth while hair almost never is, Zhurakivska said.

Mystery aside, I think we can all be glad that we don’t have to regularly pluck out stray mouth hairs as part of our morning routine.