Approximately one-third of Australia’s Kangaroo Island has been torched by recent wildfires, as new satellite photos reveal. Given the island’s ecological importance, it’s a tragedy for the ages.

Around 4,700 people live on Kangaroo Island, subsisting largely off agriculture and a burgeoning ecotourism industry. Hefty portions of the island are designated as protected areas, hosting animals such as sea lions, kangaroos, koalas, and various birds, including glossy black cockatoos, which have made a dramatic comeback over the past few decades. At Flinders Chase National Park in the west, one can find colonies of penguins and stunning rock formations. The island is also home to purebred, disease-free Ligurian honey bees, which are an important export item of the island.

“Which makes the devastating bushfires that have laid waste to almost one-third of the island not only just a major tragedy for the island but an ecological tragedy as well,” said Lynn Jenner from NASA’s Goddard Space Flight Center in a press release. 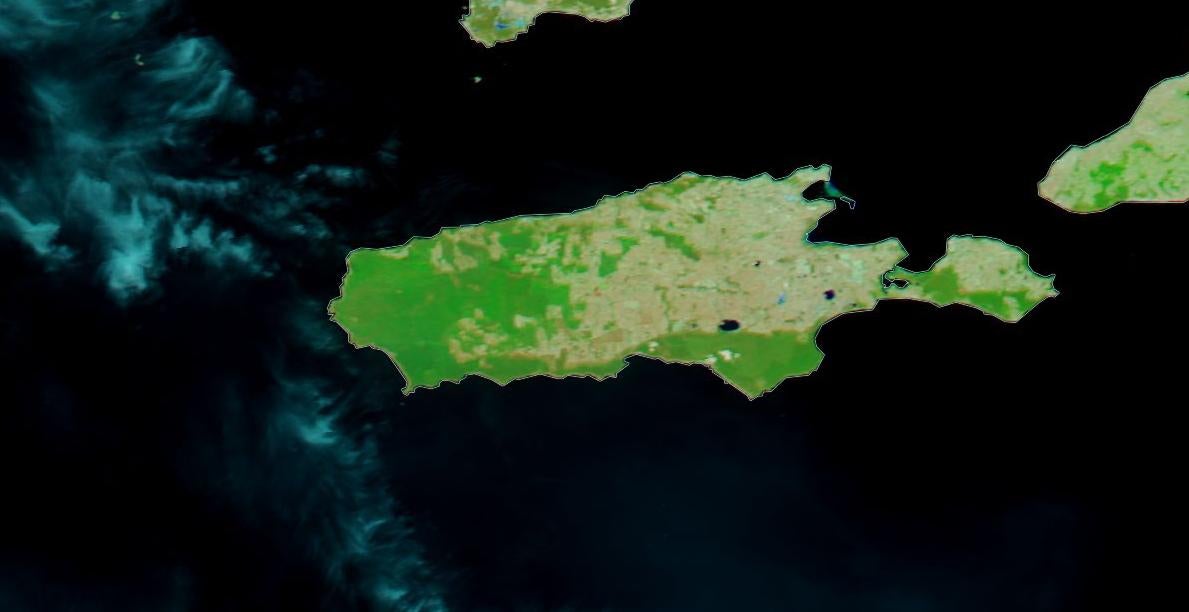 New images in the NASA press release show the island on 16 December 2019 (above) before the fires and on 7 January 2020 (below) after the fires blazed through a significant portion of its landmass. In total, around 155,000 hectares (383,013 acres) of the island currently exhibit burn scars, along with some areas that are still on fire, according to the NASA press release. The images were acquired by the MODIS instrument on NASA’s Terra satellite. 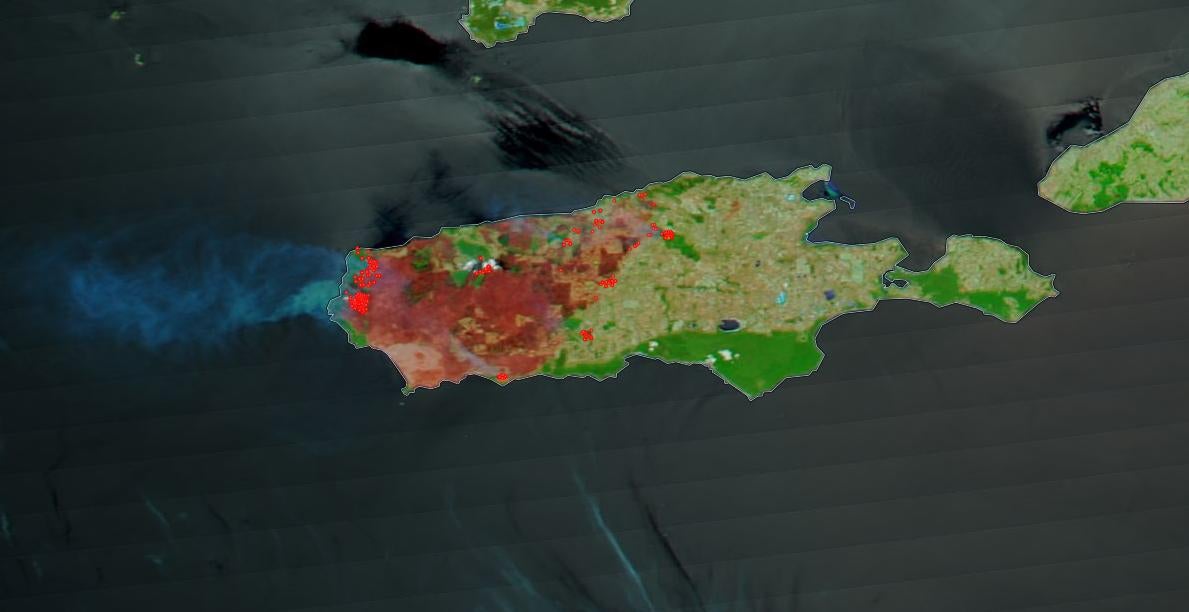 The bush fires on Kangaroo Island began earlier this month following a lightning strike in Flinders Chase park. At least two deaths have been attributed to the blazes. These fires have killed thousands of koalas and kangaroos, with NASA reporting that the total number of dead koalas could be as high as 25,000, which is around half of the total population of the species on the island.

As the Guardian reports, the fires are pushing threatened species to extinction, including the mouse-like dunnart and the southern brown bandicoot. Speaking to the Guardian, Kangaroo Island ecologist Pat Hodgens said the fires went “right through the understory and that’s where these species live,” adding that the “habitat is decimated.”

It could take decades or longer for the island to recover, with ongoing climate change making remediation all the more difficult. For many parts of Australia, the new decade is off to a very rough and discouraging start.