A 70-kilometre-wide (43-mile) impact structure in the Australian Outback has been dated to 2.2 billion years old, making it the oldest known asteroid crater on Earth. Fascinatingly, this asteroid likely plunged into a massive ice sheet, triggering a global-scale warming period.

The first author of the new study, Timmons Erickson from NASA Johnson Space Center and Curtin University in Australia, along with his colleagues, also presented evidence suggesting the 7-kilometre-wide asteroid that formed the Yarrabubba crater hit a massive ice sheet, sending tremendous amounts of water vapour into the atmosphere and potentially warming the climate around the globe. 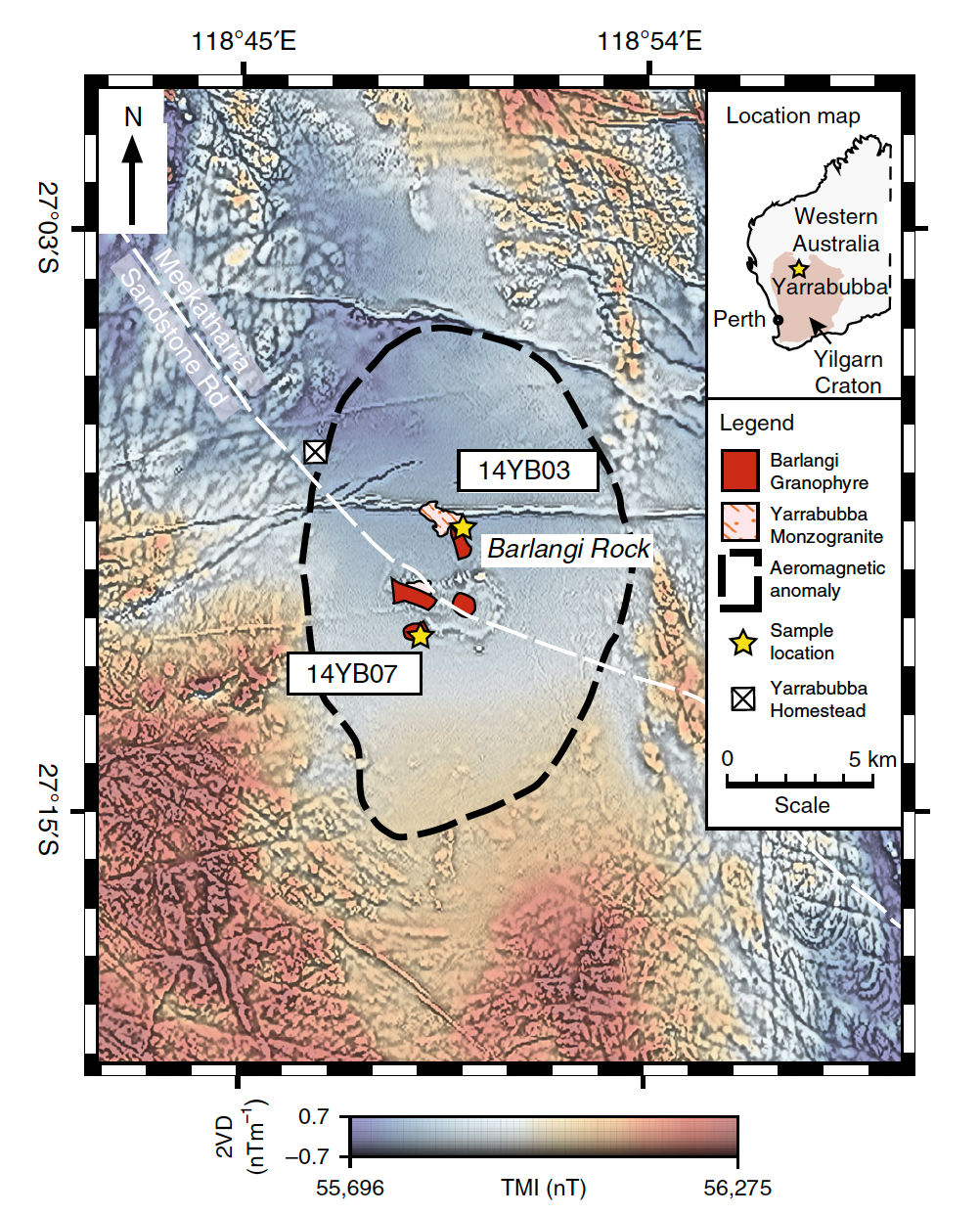 The Yarrabubba crater was previously known to scientists, but the structure had not been dated with confidence due to several factors, such as its extreme age, the steady accumulation of overlaying geological materials, and its remote location in western Australia. Previous dating efforts were wide ranging, extending from 1.1 billion to 2.6 billion years old. In 2003, the team that first identified the structure as being an ancient impact crater provided one possible age at around 2.23 billion years old, but they believed this to be an anomalous figure. Turns out this estimate was pretty much spot on, according to the new research.

To date the structure, Erickson and his colleagues analysed shocked minerals pulled from the base of the heavily eroded crater. Specifically, they looked at zircon and monazite that were recrystallised by the shock of the impact, hence the term “shocked minerals.”

“Zircon and monazite are two of the most commonly used uranium lead geologic clocks,” Erickson told Gizmodo in an email. “Because their crystal structure can incorporate uranium – but not lead – when they crystallise, and uranium will decay to lead at a known rate, we can use the ratios of the uranium and lead isotopes to determine their age.”

The team used a unique approach to carefully identify the parts of the minerals that had been recrystallised by the asteroid impact.

“The average Earth-crossing asteroid travels at over 15 kilometres per second [9.3 miles per second], which during an impact event results in extreme temperatures and pressures,” said Erickson. “These conditions can recrystallise the zircon and monazite, kick out the lead in the crystal lattice, and thus reset the clock to zero. By targeting the specific domains that had recrystallised, we were able to date the impact event.”

This method produced the figure of 2.229 billion years old, with a margin of error at plus/minus 5 million years.

Interestingly, this date coincides with the end of a global-scale ice age known as the Snowball Earth period. 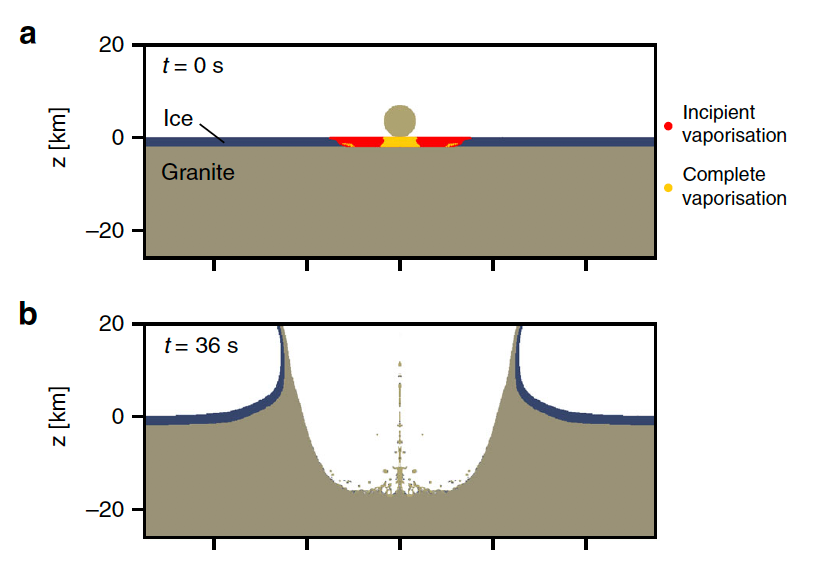 “Approximately 2.4 billion years ago, life began to photosynthesise enough to change the composition of Earth’s atmosphere, reducing the amount of carbon dioxide and methane and increasing the amount of oxygen,” said Erickson. “This, coupled with increased weathering, resulted in cooling of the Earth’s surface as evidenced by glacial deposits that span from 2.4 to 2.2 billion years ago.”

Because the Yarrabubba impact coincides with the youngest of these glacial deposits, the researchers decided to simulate the effects of an asteroid impact that would cause a 70-kilometre-wide rupture to appear in a continental ice sheet, including modelling how much water vapour that would be released as a result of this collision. Their results showed that the impact would have released anywhere between 87 trillion to 5,000 trillion kilograms of water vapour into the sky. Needless to say, this would have had an effect on climate.

“We postulate that a Yarrabubba-sized impact into an ice sheet would have released significant water vapour, which is an even more efficient greenhouse gas than carbon dioxide,” Erickson told Gizmodo. “If the residence time of water in the Earth’s atmosphere was long enough, this could create significant warming of the planet’s atmosphere, however, additional climate models are required to prove if this is a viable mechanism to warm Earth’s surface,” he added.

Indeed, while the impact may have contributed to the end of the Snowball Earth period, more research will be required to fully elucidate its role in generating a planet-wide warming trend and its long term effects.

An encouraging aspect of this study is how the scientists were able to age such an ancient, complex impact structure. Accordingly, geologists should continue to search for even older asteroid craters, which could hopefully reveal even more about Earth’s history.