Facebook’s at it again. While everybody knows the company for its eponymous app, it also regularly plays around with launching new ones on the down-low. Remember Lasso? How about Whale, Bump, or Aux? Well, the latest experimental app from Facebook is a Pinterest-like app called Hobbi.

The app bills itself as a kind of DIY-project manager. Its description in the App Store says it’s meant to “help you document and remember the things you love to do,” with a focus on cooking, baking, DIY, arts and crafts, fitness, or home decor. Users can take photos of their projects to track progress, and also organise them into albums. So, basically Pinterest.

There are a few minute differences. Pinterest is more of a social network in that you can friend and follow people and their boards, making it easier to collaborate with others. (Hence, why Pinterest reigns supreme when it comes to planning weddings...) Hobbi is more focused on solo, progress-tracking. So far there’s not really a social or exploratory aspect to it, and you can’t search through other people’s projects. You can create video highlight reels to share with others, but there’s no real way to browse for inspiration. 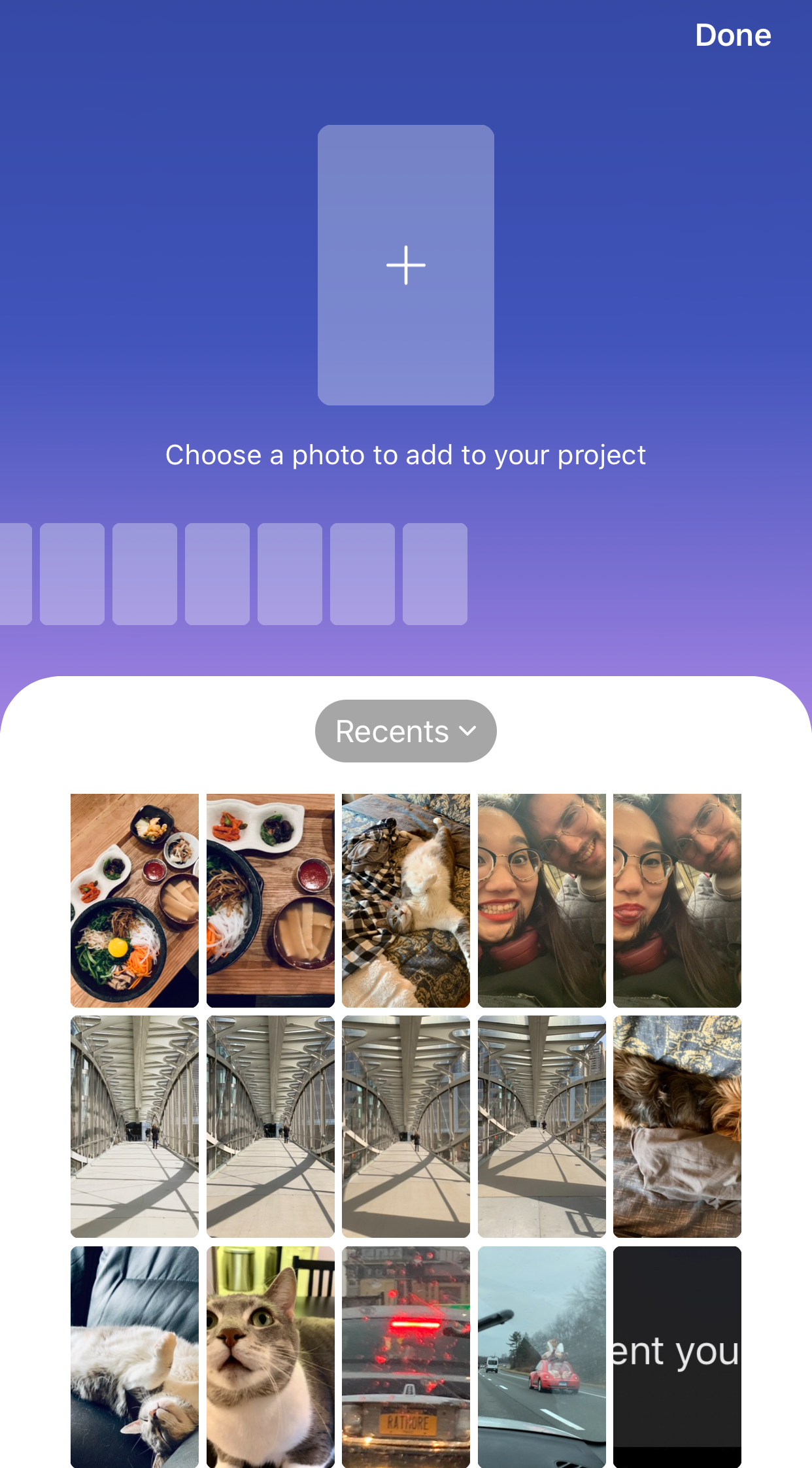 This is basically what adding photos to a project looks like in Hobbi. (Screenshot: Victoria Song/Gizmodo)

So far, it appears the app is only available for iOS. Gizmodo reached out to Facebook to see if there are any plans to bring it to Android but didn’t immediately receive a response. The app is also the brainchild of Facebook’s New Product Experimentation (NPE) Team. According to The Information, which initially spotted the Hobbi app, the NPE team is tasked with creating new social services and features that can either function as standalone apps or get cannibalised into Facebook’s existing platforms. Facebook also reportedly has no qualms about abruptly killing these experimental apps if they don’t gain traction – probably a major reason why they don’t get much fanfare. This also tracks with Facebook’s whole MO with regard to testing new features in general. See: Recent news that Facebook is testing a way to display chronological Instagram posts on the sly.

It’s also not surprising to see Facebook try to see if it can clone what made Pinterest popular. After all, it did it to Snapchat with Instagram Stories to great success. (It was less successful, however, with its short-form video platform Lasso when taking on TikTok and Vine.) It’s also not the only platform trying to creep on Pinterest’s turf. Google recently launched Tangi, which is a weird TikTok-Pinterest hybrid for DIY videos.

After playing around with Hobbi, I can say it’s a clean, if derivative, app. It’s hard to say whether Hobbi will stick around for the long haul. Personally, I am not a DIY enthusiast and I already have too many apps that track my progress for various projects. So far, the app has a 2-star rating with about 30 reviews – most of which lambast the app for being a boring copycat. They have a point. The lack of browsing meant I spent maybe 10 minutes futzing around before closing out. Unless you’ve got a tonne of projects going, this is not an app that you’d interact with daily. But who knows? Maybe this is the NPE Team app that finally sticks – then again, probably not.