Scientists have released their initial analysis of a meteorite that fell over Europe last September. They report that the rock, the remnant of a daytime bolide that impacted Earth with an energy of 0.48 kilotonnes of TNT (around this much), is a carbonaceous chondrite – the kind of meteor that contains material from the earliest epoch of the solar system.

On 12 September 2019, more than 500 people across the Netherlands, Germany, Belgium, Denmark, and the UK reported seeing a flash of light across the sky in broad daylight. The next day, a man named Erik Due-Hansen in Flensburg, Germany stumbled upon a smooth, black, 24.5-gram meteorite chunk on his front lawn and reached out to authorities, who brought the rock to the Institut für Planetologie at Münster University in Germany, where professor Addi Bischoff and PhD student Markus Patzek analysed the specimen, now nicknamed Flensburg.

The pair’s scanning electron microscope analysis revealed that the meteorite contains 0.05- to 1-millimetre spheres called chondrules with abundant levels of minerals called phyllosilicates and carbonates, minerals that require water to form. They classified the meteorite as a a carbonaceous chondrite – a kind of ancient rock that could be made up of the same material as the planetesimals that formed and delivered water to early Earth.

Finds like these are exciting for a lot of reasons; they represent only 3 per cent of the meteorites found on Earth but are among the most important to scientists, since they contain a record of the material that could have existed in the solar system 4.5 billion years ago. Perhaps the most famous carbonaceous chondrite is the 220-pound Murchison meteorite, which contains surprising molecules like amino acids and sugars. 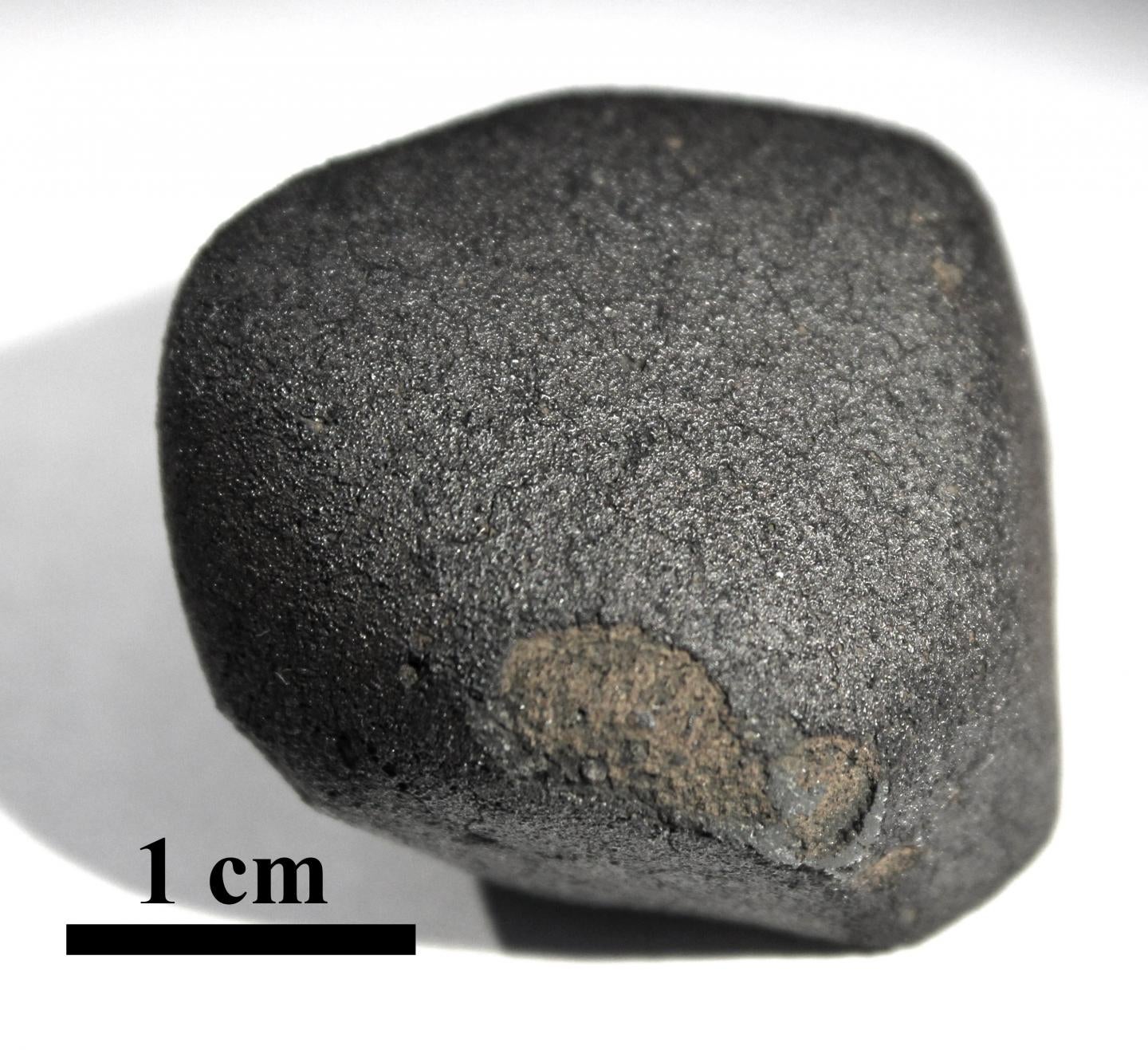 Scientists can combine information from these carbonaceous chondrites with observations gleaned from rocks in outer space. When the Hayabusa2 spacecraft’s MASCOT lander tumbled into a hole on the asteroid Ryugu, its cameras revealed that the surface of this body looked a whole lot like a carbonaceous chondrite itself. Rocks like the Flensburg asteroid likely looked similar to asteroids like Ryugu before entering Earth’s atmosphere – though there’s work left to be done to fully understand the link between meteorites on Earth and the kinds of planetary bodies that produced them.

You can find out more on the Meteoritical Bulletin’s Searchable Database (where you can also do cool things like see where the closest meteorite found near your house is). But mainly, I just think it’s neat to learn the full story behind a fireball.