When the First World War started, soldiers didn’t wear helmets, since military planners hadn’t fully anticipated the horrific extent of modern warfare. However, as the war raged on, it became increasingly clear that heads needed to be protected.

Despite the common misconception that most WWI deaths were caused by machine gun fire, they actually came from artillery, according to G. J. Meyer’s excellent book, A World Undone: The Story of the Great War. Although death was often delivered by artillery shrapnel, close proximity to exploding shells and exposure to their powerful shock waves resulted in head trauma that often caused permanent brain damage and death.

France was first to introduce a steel helmet, the M15 Adrian, followed by the iconic bowl-like Brodie helmet used by British troops, both of which were deployed in 1915. Germany eventually followed suit, replacing its leather pickelhaube caps with the steel Stahlhelm in 1916.

Blasts from explosions remain a threat to modern soldiers, so naturally helmets continue to be a critical component of military gear. A new research paper published in PLOS One considered the effectiveness of modern helmets compared to those used in WWI. The new research, co-authored by PhD student Joost Op ‘t Eynde from the Department of Biomedical Engineering at Duke University, found that at least one helmet used in WWI – the French M15 Adrian helmet – performed better in tests of its ability to protect against overhead shock waves, compared to other WW1 helmets and modern designs.

This is surprising for a number of reasons, including the fact that WWI helmets were primarily designed to defend against shrapnel and bullets and that these helmets were mass produced during times of economic and material stress. As the new papers' authors wrote, this was “an investigation into whether improvements have been made in combat helmet primary blast protection or if there is a lesson to be learned from these 100-year-old designs.”

To that end, the researchers tested the Adrian, Brodie, Stahlhelm, and the Advanced Combat Helmet, which is currently in use by the US military. These helmets were placed atop an artificial head equipped with pressure sensors and then exposed to blasts of varying intensity.

To simulate a WWI-era artillery shell blast, the researchers used a shock tube filled with helium that, when pressurised, burst through a membrane, causing a powerful shock wave.

The helmets were tested with blasts of different strengths, at distances ranging from 1 to 5 metres (3 to 15.5 feet). All shock waves came from directly above the head, as this “orientation and blast exposure simulate an overhead blast scenario, as would have been common in trench warfare due to artillery shells exploding above trenches,” according to the paper. At the same time, however, “it would not be as applicable to other cases such as improvised explosive devices (IEDs) used as roadside bombs, a significant cause of injury and death in conflicts in Iraq and Afghanistan,” wrote the authors.

Pressure from the blasts were recorded at the top (crown), forehead, right ear, left eye, and back of the head. The simulated blasts resulted in “mild to severe brain injuries,” explained Op ‘t Eynde in an email to Gizmodo, but the helmets reduced this risk significantly. The “estimates for brain injuries were based on bleeding in the brain caused by blasts in earlier studies performed in our lab,” he added.

Needless to say, all four helmets tested were far better than wearing no protection at all, reducing the risk of brain injury by up to 10-fold.

“While we found that all helmets provided a substantial amount of protection against blasts, we were surprised to find that the 100-year-old helmets generally performed just as well as modern ones, suggesting that helmet design that performs better for ballistic protection is not necessarily better for protection against shock waves,” said Op ‘t Eynde.

But not all helmets performed equally. The German, British, and modern American helmets performed roughly the same, but the French Adrian was better than the rest, resulting in very low probability of bleeding risk. 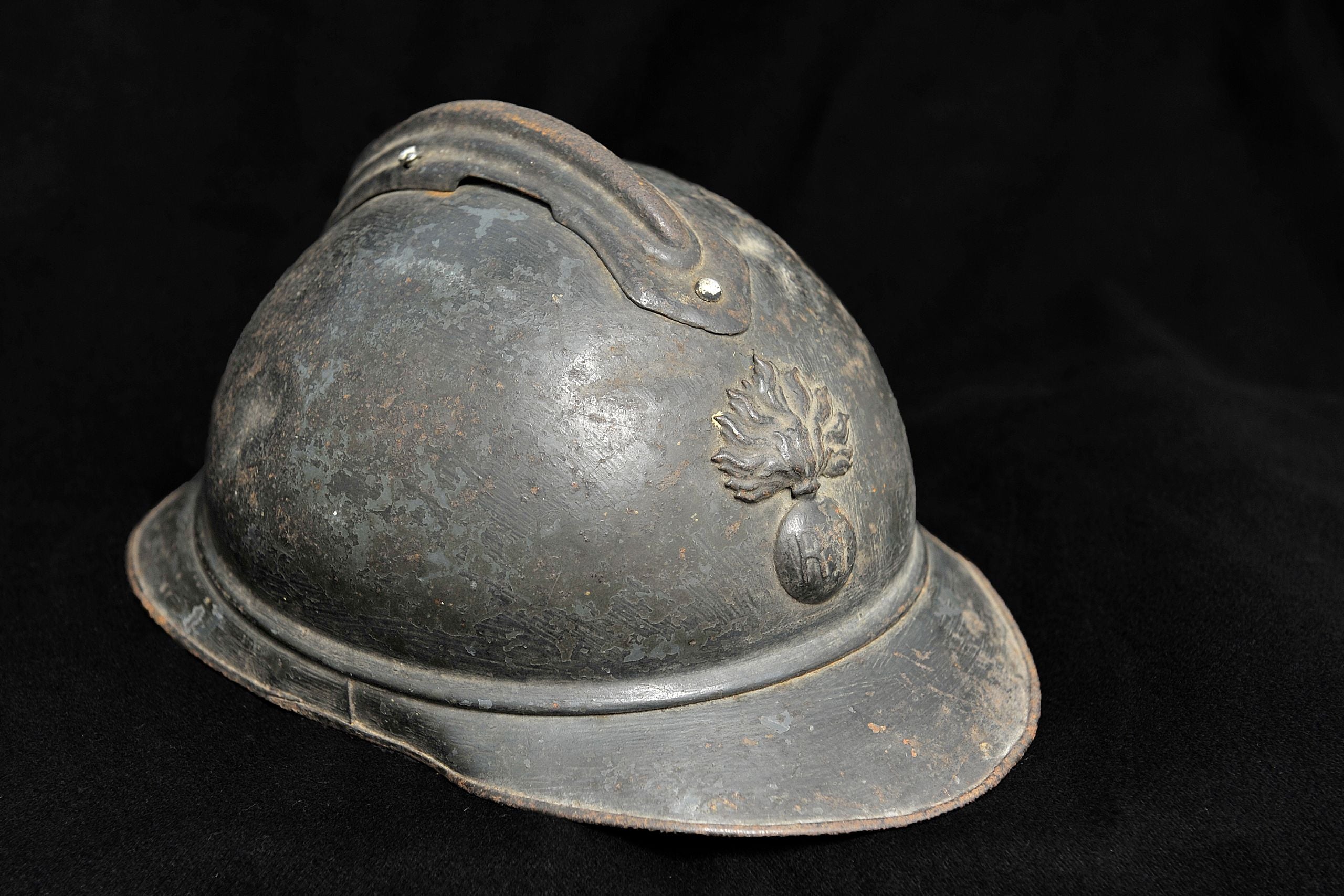 “A likely reason for the performance of the French helmet at the crown of the head is the shape of the deflector crest on top of the helmet, directing the blast wave around the head and providing an extra layer of material at the crown of the head for the blast to reflect off,” Op ‘t Eynde told Gizmodo. That said, the “French helmet did not result in lower pressures at any of the other measurement locations.”

Indeed, it’s this detail – the crest – that may have made the difference, as other parts of the Adrian helmet didn’t appear to offer the same level of protection. The protection of other areas, such as the ears, was determined by the shape of the helmet itself and whether the helmet covered these exposed parts.

Importantly, the researchers aren’t saying the modern helmet isn’t a good design. In fact, they say its layered structure that works to absorb incoming shock waves is actually quite effective.

“In terms of protection against handgun and rifle bullets and against blunt impacts such as falls, the modern Advanced Combat Helmet performs vastly better than any of the historical helmets,” said Op ‘t Eynde, adding that the new study “specifically looked at overhead blast.”

Still, this does suggest that modern designs can be improved – possibly with technology from the First World War. Looking ahead, the researchers are planning to use historical data of WWI blast injuries to analyse similar injuries in modern combat situations.