How to Get Your Android Phone Working Seamlessly with Windows

One of the benefits of going all-in on Apple hardware is that everything works so seamlessly (most of the time): Photos from your iPhone appear on your Mac, you can switch between the desktop and mobile when working on documents, video calls can be made from anywhere, and so on. A similar sort of integration can be had between Windows and Android – it just takes a little extra time to set up.

This being Windows and Android, you’ve also got more options to pick from – a whole host of apps will let you check your email on your Windows PC and your Android smartphone, for example. We can’t cover all the different ways you can do this, but we will point you towards some of our favourite solutions.

The Your Phone app in Windows 10 (search for it from the Start menu) continues to get better at interfacing with your Android phone from Microsoft’s OS. The most recent feature to be added is support for RCS messaging, the successor to SMS, which will work with Samsung Messages on the Galaxy S20.

Connect the Your Phone app up to an Android device and you get plenty synced over by default: Text messages, notifications, even photos and videos. You can send and receive text messages, and make and receive calls from your Windows computer, though the actual communicating is still done through your phone. 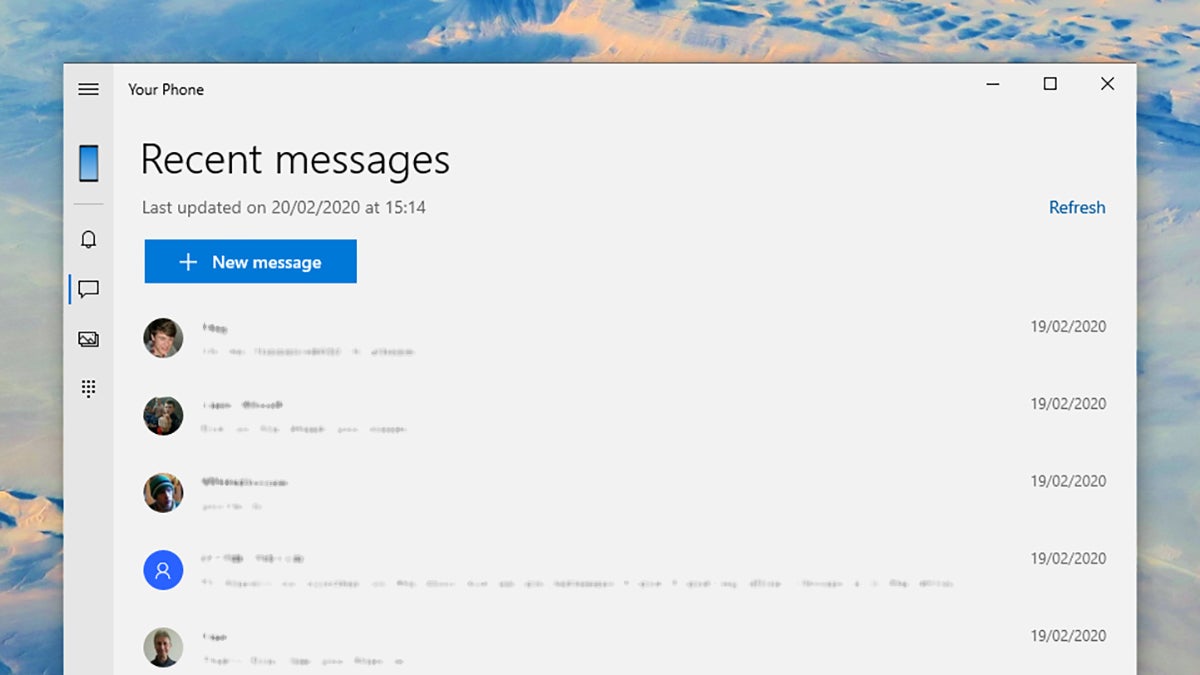 The Your Phone app on Windows. (Screenshot: Gizmodo)

A bunch of Android messaging apps also come with web versions you can make use of on the desktop, including Android Messages, Facebook Messenger, WhatsApp, and Skype – they’re all able to somewhat replicate the iMessage experience you get between iPhones and Macs to. Skype and Facebook Messenger can even launch video calls. Google Duo is another option for video on both desktop and mobile.

Skype has a proper desktop app for Windows, so it’s a bit closer to the iMessage and FaceTime experience, but it can’t be set as the default SMS app on Android at the moment, so it’s not perfect. Whatever messaging app you prefer though, you should be able to sync messages and calls between Android and Windows.

Google Photos remains the standout contender here, because of the smartness of its underlying AI, the ease with which you can use it, and the fact that it’s completely free if you let Google shrink your photos down to 16MP and your videos down to 1080p (if indeed they’re any bigger than that in the first place).

Photos and videos captured on your Android device will instantly show up on your Windows machine – albeit in a web browser, not a native app – and you can upload all your existing photos and videos from your Windows laptop or desktop using the free Backup and Sync client that Google provides. 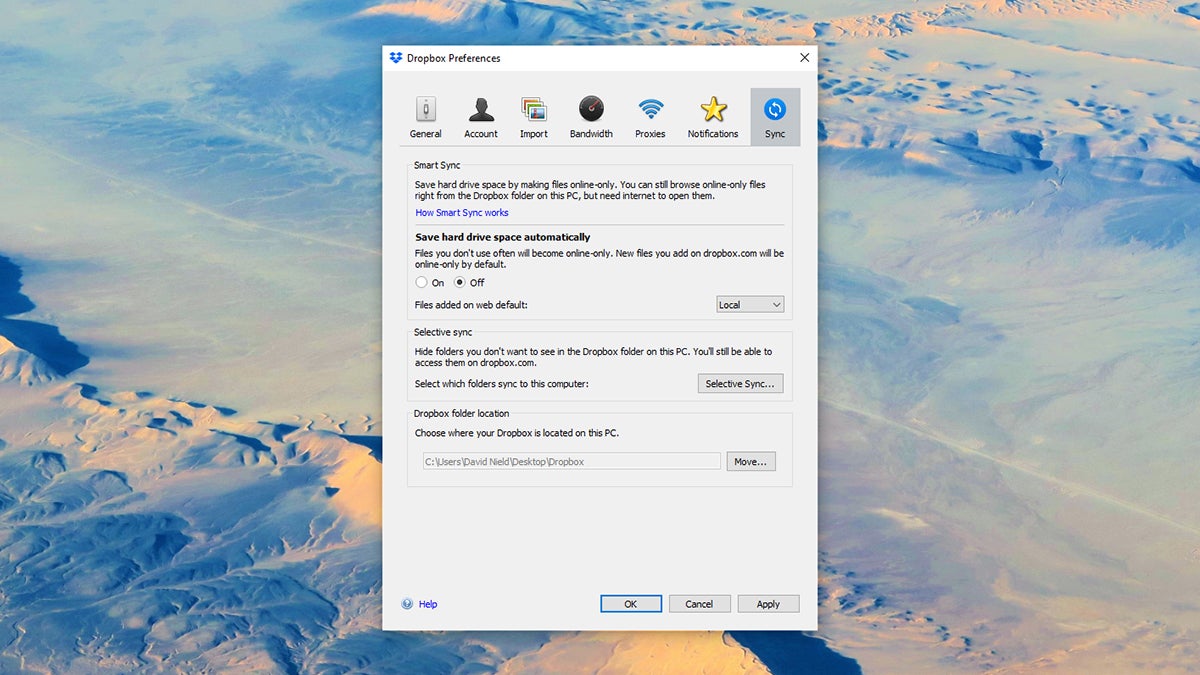 The obvious alternative is OneDrive, which brings with it better integration with Windows (your photos and videos can be automatically saved locally as well as in the cloud), but which isn’t quite as slick and straightforward on mobile. If you’re already heavily invested in OneDrive (and are paying for Office), there’s probably no need to switch to Google Photos, but the Google option is the better one overall.

Dropbox does this too, and is worth a look if you want something that sits neutrally in between Google and Microsoft. You get the option of whether your photos and videos are synced locally to your Windows computer (and your other devices), and they’re always available on the web too. You get 2GB of space for free, and after that pricing starts at £8 per month.

One of the most impressive ways that iPhones and Mac devices link together is the Universal Clipboard – as long as you’re signed into your Apple devices using the same Apple ID, you can share a clipboard between all of them. It all works smoothly enough. Amazingly you can get sort of the same experience on Windows and Android too.

Google Chrome can do this if you’ve got it set up on both your Windows machine and your Android device. On the desktop side, the feature is hidden behind a flag at the moment, though it might graduate soon: From the chrome://flags page, enable Enable receiver device to handle shared clipboard feature, and Enable shared clipboard feature signals to be handled, and Sync Clipboard Service. 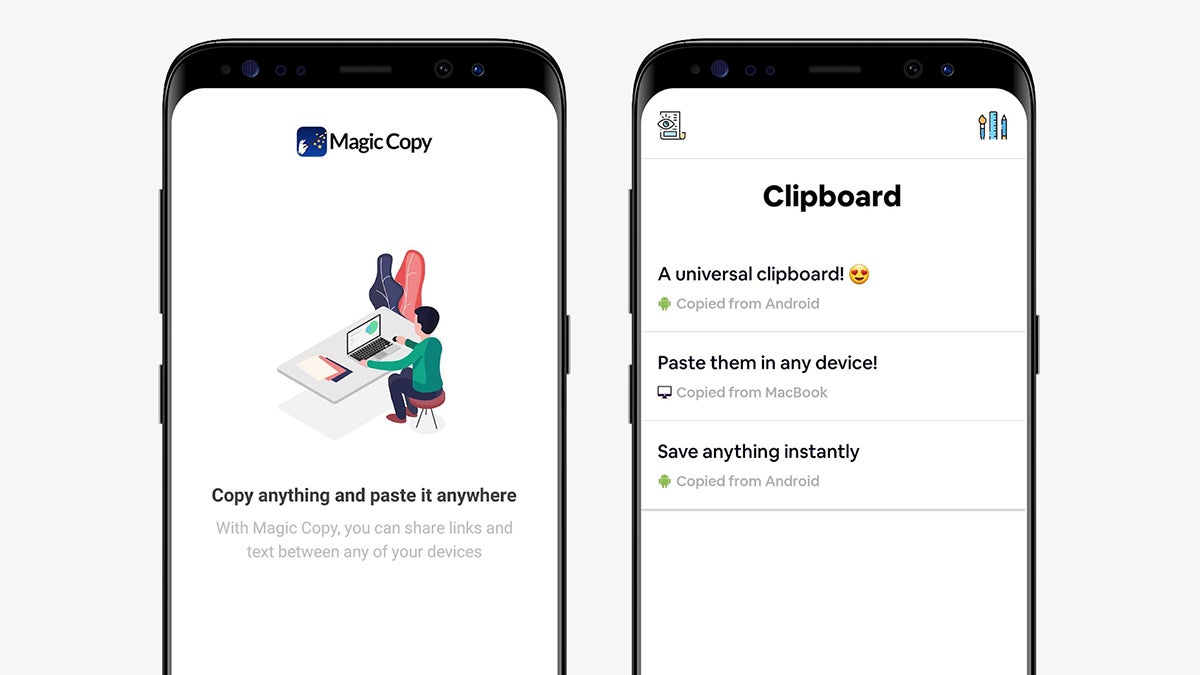 Make sure you’re signed into the same Google account on both devices, with sync in Chrome turned on. You can copy from Chrome on Windows by right-clicking on text or images and choosing Copy to Your Device; on Android, select something and choose Share then Chrome. After that it’s just a question of choosing the paste option on the receiving device, so that’s a long press then Paste in Android or Ctrl+V in Windows.

Plenty of third-party apps are happy to take care of this for you too. A couple of the best ones are the free Clipbrd, which operates as an Android app and an extension for Chrome on the desktop, and the free Magic Copy, which comes as a separate download for both Android devices and Windows computers.

Most modern-day browsers are available on Windows and Android, and will happily keep all your browsing data synced between the two as well – passwords, payment information, bookmarks, browsing history and the rest. Google Chrome has been the standard-bearer here for a long time and is just about keeping its nose in front as the best option.

In Chrome on Windows and Android, just open up the History page to see pages that are open on other devices, as long as you’re signed in with the same Google account and sync is enabled on both platforms. It’s not quite as seamless as it is on Apple devices, but it’s getting close. 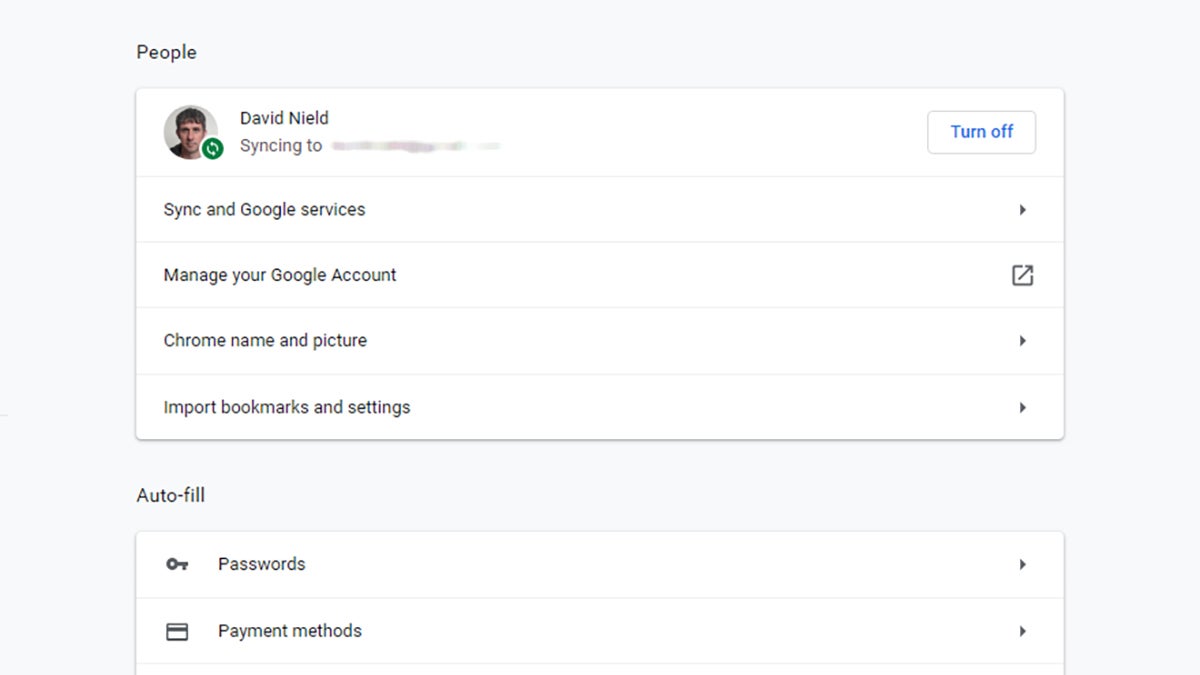 Don’t discount Firefox though, which continues to add plenty of new features (including built-in VPN protection) on both desktop and mobile. Syncing your data between devices using a Firefox account is a breeze, and its developer Mozilla is much less interested in building up a targeted ad profile on you than Google is.

The revamped, relaunched, Chromium-based Microsoft Edge is definitely worth a look too, especially if you want the tightest possible integration with Windows. It has some simple-to-use privacy options and an immersive reader mode, and it’ll import all your key browsing data from Chrome pretty seamlessly if you’re ready to make the switch. It also supports Chrome extensions now too.

Take your pick on this one really: Dropbox, OneDrive, Google Drive and others will all do a very capable job of syncing documents and any sort of file between your Windows computer and a mobile device running Android. You don’t get much room for free though – 2GB with Dropbox, 5GB with OneDrive, and 15GB with Google Drive (shared across all your Google products).

When it comes to actually doing some document editing and creation, the two obvious contenders are Microsoft Office and Google Drive. Microsoft Office can be used in a basic form for free on the web and on mobile, but to make the most of it you really need to pay the £60 a year subscription fee for the proper desktop applications. 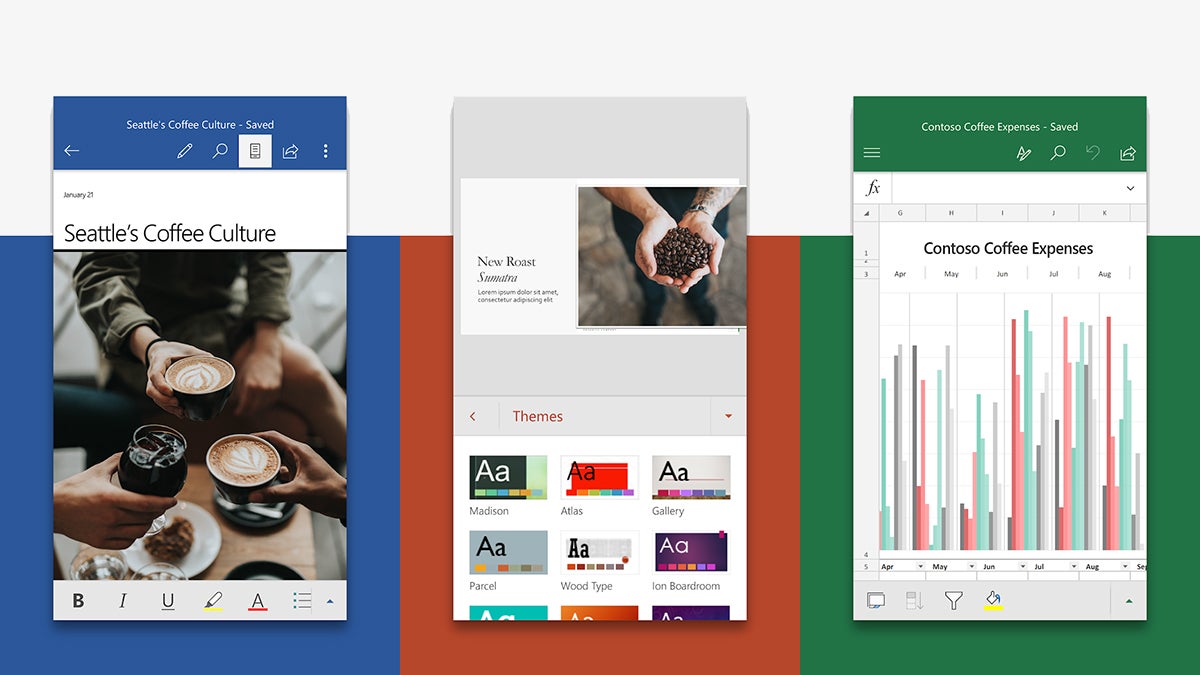 To be fair, Office has come a long way in terms of how easily you can edit files across multiple devices. With OneDrive working away in the background, it’s now really straightforward to pick up work you started on your PC on your phone, or vice versa. The Office apps continue to get better on mobile, and that includes iOS too of course.

Google Docs, Sheets, and Slides are also available on just about any device you’re ever going to be using for work. They don’t have the same breadth and complexity of Office, but then they are completely free to use. If you need speed, convenience and low cost, go Google; otherwise, check out Office.