If you were a kid in the early '90s, watching Home Alone probably brings up fond memories of a toy line you haven’t seen in 30 years. Although a huge hit when first released, Micro Machines eventually disappeared from store shelves, but in 2020 the tiny toy cars are being resurrected with a new line that includes an updated version of a classic transforming playset.

Micro Machines were originally released way back in 1987 by Galoob and took the idea first introduced by Mattel’s Hot Wheels one step further. Kids could collect and race all of their favourite cars on the cheap, but Micro Machines vehicles were even smaller than Hot Wheels, allowing entire playsets to be squeezed and smuggled inside a pocket. The line was probably best known for its use of the fast-talking John Moschitta Jr. in its toy commercials, but the popularity of the tiny vehicles eventually faded. Galoob was purchased by Hasbro in 1998, and Micro Machines mostly disappeared from toy shelves well over a decade ago.

For 2020, Hasbro is working with Wicked Cool Toys (who was recently acquired by Jazwares) to revive the brand, and while images of the new Micro Machines vehicles themselves aren’t available yet, we have an exclusive reveal at one of the new Micro Machines playsets that will be available later in the autumn. Fans of the original toy line will undoubtedly be familiar with the original Micro Machines Super Van City which featured an entire miniature metropolis that could be folded up and hidden inside a larger Airstream-inspired motorhome. It was toy engineering at its finest, complete with a classic '90s commercial featuring a hard rock soundtrack. 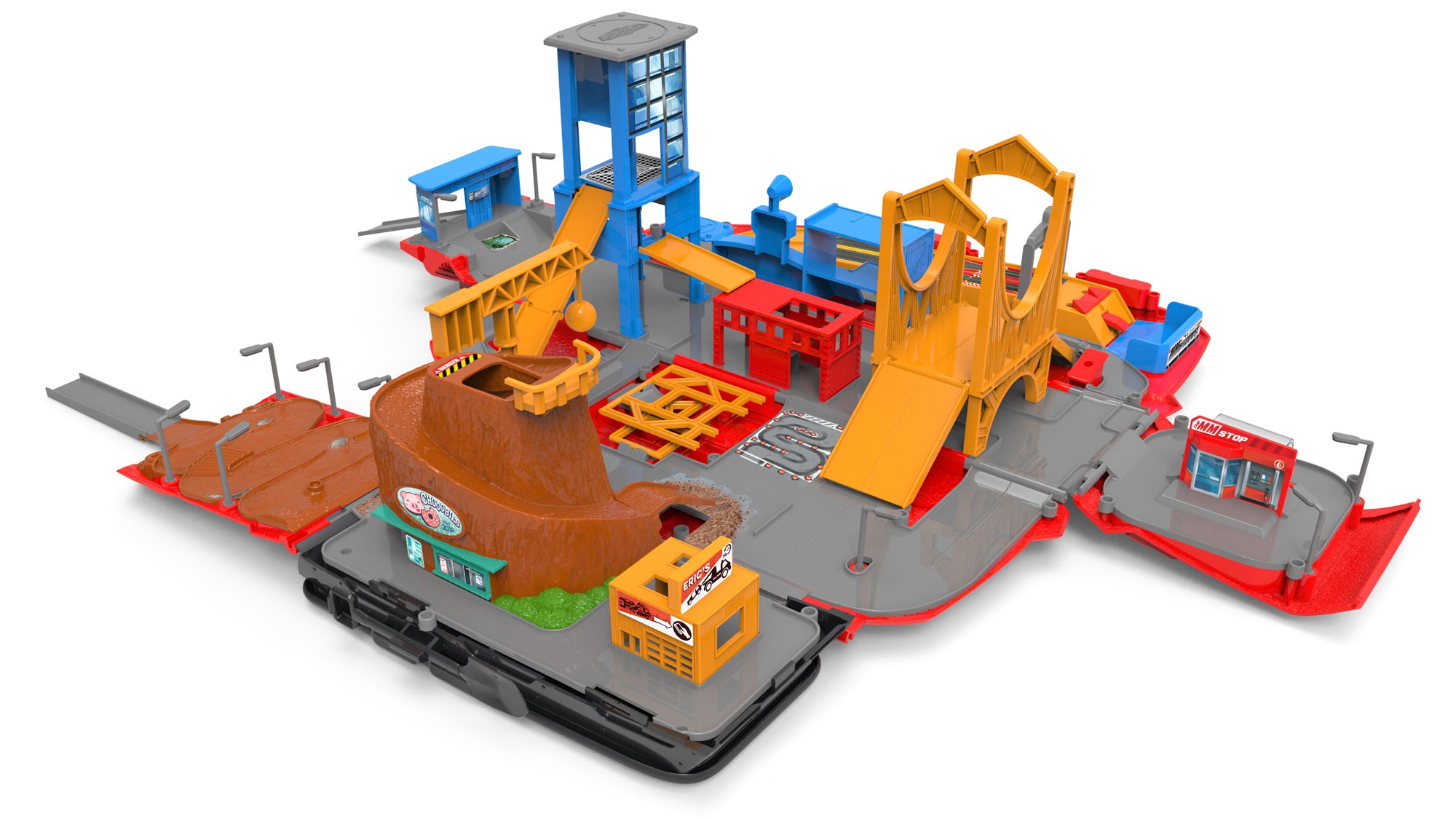 The new Super Van City looks a lot more like a vehicle kids would actually want to play with when the playset is all folded away – and its design appears to have been inspired by the decked out Sprinter vans that lots of millennials have adopted as their mobile homes. As with most things it’s what on the inside that really counts, and unfolding Super Van City reveals a redesigned miniature city with 20 different locations including supermarkets, fancy doughnut shops, a construction site, off-road racing tracks, a drag strip, an airport and a towering suspension bridge.

The new Super Van City will sell for $50 (£38) when available later this year, and in addition to connecting to other soon-to-be-revealed-at-Toy Fair 2020 playsets in the revived Micro Machines line, it will also come with three exclusive Micro Machines vehicles, with additional details forthcoming.