White-bellied sea eagles are majestic, keen-eyed predators that soar effortlessly above coastal forests and marshes. They can also be colossal jerks. These eagles were recently spotted tormenting an innocent fruit bat, repeatedly carrying it out to sea and dropping it into the waves.

In 2017, Sheema Abdul Aziz, a conservation ecologist with the Rimba research group in Malaysia, and her colleagues visited Tioman Island off the eastern coast of Peninsular Malaysia. They weren’t there to look for eagles; they were studying a small, insect-gobbling forest bat that flies around in the daytime. After they concluded their observations, the team decided to kill time waiting for their ferry by visiting a nearby dive resort where they could watch a group of island flying foxes (Pteropus hypomelanus), a type of fruit bat, that were roosting by the beach.

Aziz said the team was sitting down in the resort’s beachside cafe, chatting with the resort owner about the bats, when a sea eagle suddenly sailed in and plucked a flying fox out of the tree, causing the bat colony to erupt in shrieks. The eagle, clutching its prize in its talons, then took a seaward course.

“The three of us were completely stunned and also paralysed for a few seconds, just watching the eagle fly out to sea carrying the struggling bat,” Aziz told Gizmodo in an email.

Luckily, their colleague Marcus Chua – a researcher at Singapore’s Lee Kong Chian Natural History Museum – managed to quickly whip out his camera to record the drama.

The eagle got about a football field’s length out from shore before dropping its victim into the sea, while a second eagle circled nearby. Aziz and her colleagues watched in rapt attention as the bat slowly swam back to land. The pair of sea eagles waited patiently, closely tracking the bat’s pitiful floundering from a beachside perch.

After 20 minutes of heroic paddling, the bat made it into the surf, within inches of its goal. Then, with frankly human-like levels of dickishness, one of the eagles swooped down, grasped the bat again, carried it out over water, and plopped it into the waves a second time. 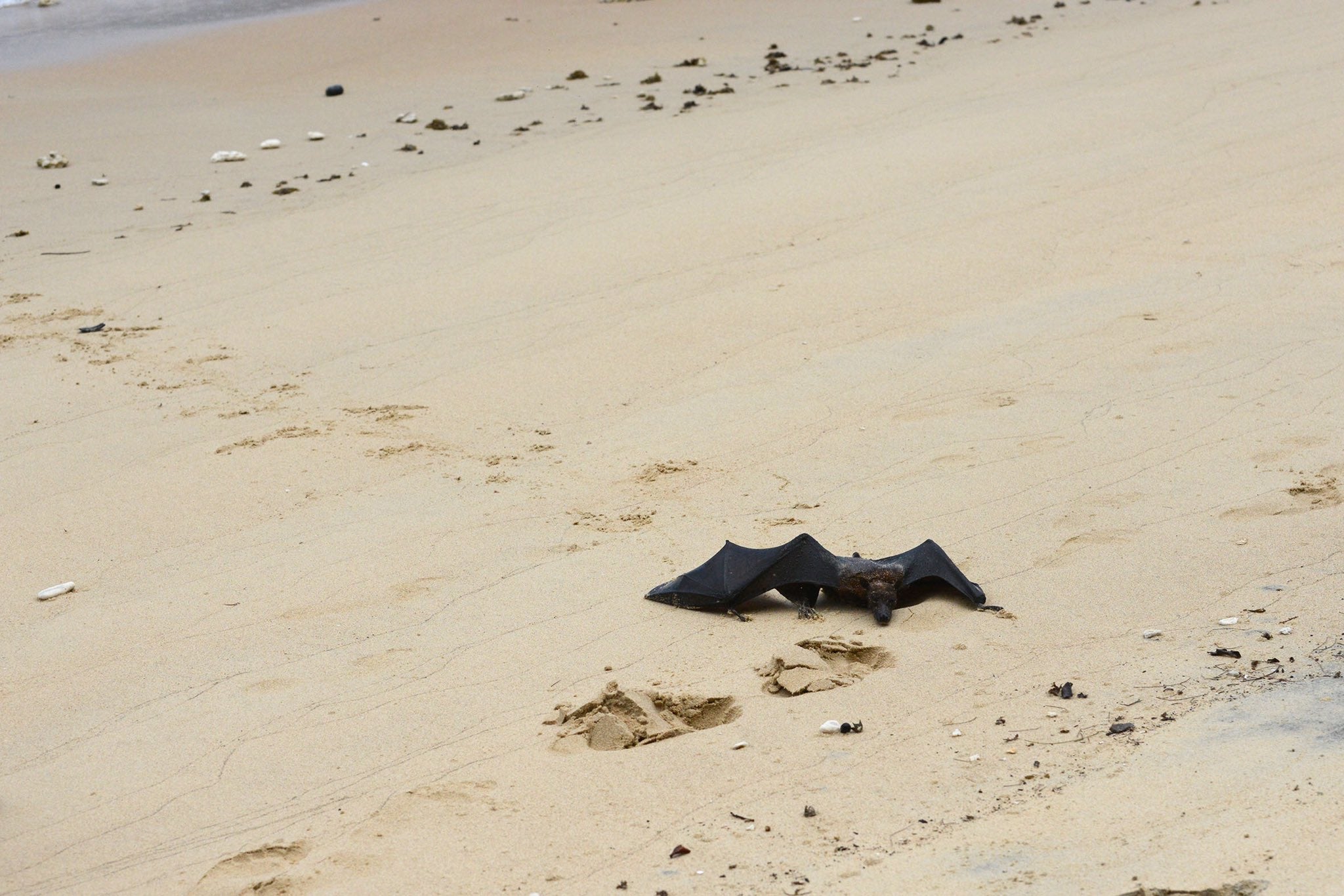 The soaked Sisyphus made a weary breaststroke back to the beach, this time reaching land. There, it languished on the sand, completely exhausted and with a hole in one wing. At this point, the team had to catch their ferry off the island, so they didn’t get to see if the bat was given a brine swirly a third time.

“I think we all knew at that point that we had a scientific paper on our hands,” says Aziz. And indeed they did; their observations were recently published in the Journal of Bat Research & Conservation.

“At first, we couldn’t understand why an eagle would be flying out to the open sea with its prey,” said Aziz, “and when it first dropped the bat, we initially thought it was just incompetence or inexperience, like the eagle had bitten off more than it could chew.”

But when the eagle retrieved the bat and dropped it again, and the resort owner remarked that this bird-on-bat brutality regularly happens near the resort, it didn’t seem like an accident anymore.

“That was when it dawned on us that the eagles might actually be doing it on purpose, and they might’ve been smarter than we’d given them credit for,” said Aziz.

While the researchers didn’t see if the flying fox was killed and eaten, they think that the eagles’ overt bullying may actually be an ingenious way of hunting. Flying foxes are a dangerous prey choice, as they’re comparatively large, strong animals with powerful jaws full of sharp teeth. A bat at full strength might be a risky meal, but one that’s been rendered bone-tired by multiple impromptu swimming sessions could be easier for an eagle to kill. 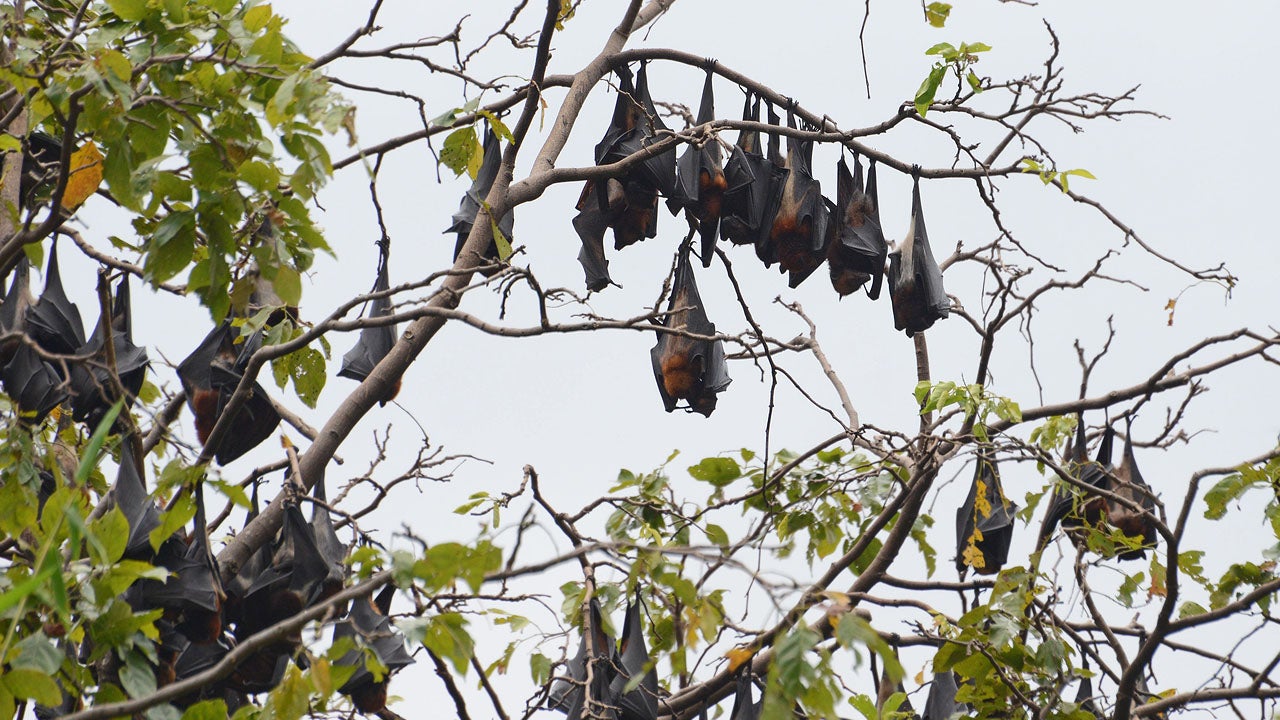 “White-bellied sea eagles are extremely resourceful predators, so while I’m intrigued by these observations, I’m not surprised,” said Jennifer Coulson, a raptor biologist at Tulane University who was not involved with this study.

Coulson noted that these sea eagles – found in coastal habitats throughout Southeast Asia and Australia – are opportunistic predators. For example, they’re known to drop big crabs from great heights onto rocks to kill and crack them open, she said. They’ve also been seen following dolphins to snatch up fish that the dolphins inadvertently force to the surface.

James Bednarz, an avian ecologist at the University of North Texas who was also not involved with the new research, agreed that the eagles’ harassment could be a way to weaken the bat before trying to eat it.

“The usual prey of sea-eagles – fish and carrion – don’t really bite back, so it makes sense that the eagles might adopt a different strategy with this medium-sized, biting prey,” said Bednarz.

Bednarz does think the bat abuse is definitely part of a predation strategy, rather than some form of macabre entertainment. Play is not unheard of among raptors but is typically limited to young birds, not adults like in this case, he said. 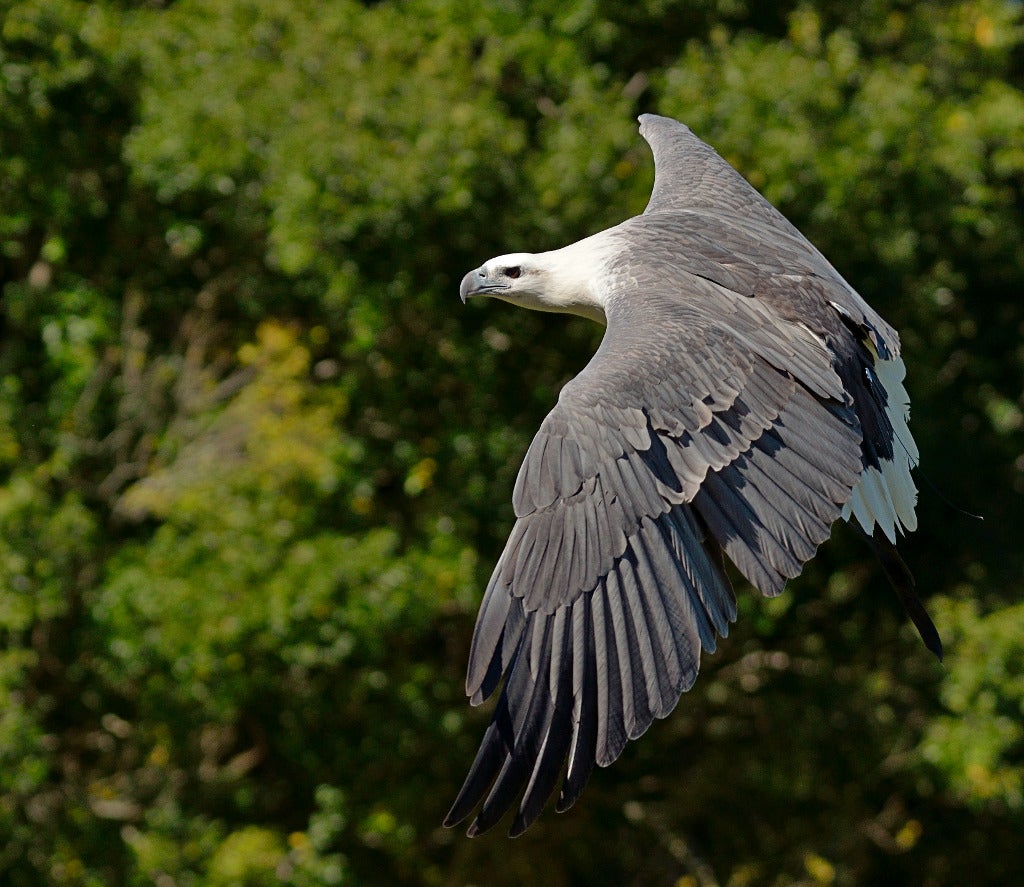 Aziz said more information is needed about this unexpected interaction, especially because flying foxes have declined substantially in Malaysia from hunting and habitat loss.

“It’s really important to know how their numbers might be affected by this kind of predation risk, especially if the number of sea eagles increases,” said Aziz.

At the same time, there are plenty of unanswered questions about why sea eagles would target such difficult prey in the first place. Are they struggling to find smaller prey, for example?