A nurse’s aide is legally in the clear after posting a hatefully-captioned photo of an Alzheimer’s patient at a nursing home. After the patient’s husband William Furlow sued for personal injury, the State of Minnesota Court of Appeals in the U.S. has ruled that posting an image of a patient does not qualify as sharing private health records. The selfie, taken in a mirror with the patient in the background, announces: “This little shit just pulled the fire alarm and now I had to call 911!!! Woohoo". 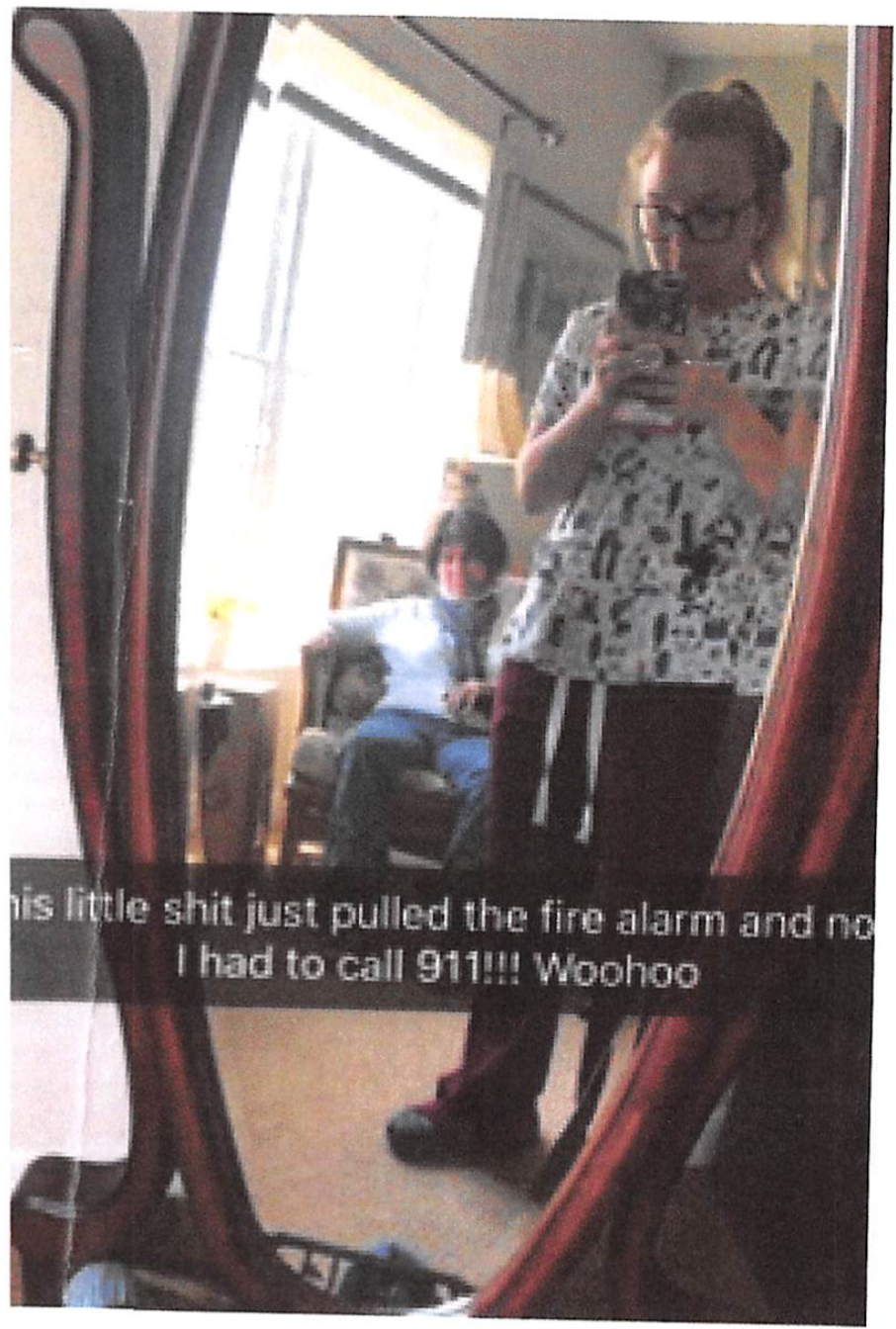 In its decision handed down last month, the court found that while referring to an elderly woman as a “little shit” was “certainly not in the best taste”, the image and caption do not qualify as “health records” under Minnesota law.

The image does squarely qualify as abuse, according to the Minnesota Department of Public Health (MDPH). As the Star Tribune has reported, the MDPH handed the Madonna Summit of Byron assisted living facility a citation months after the aide posted the image in June 2017 to a profile page on an unnamed social media platform. “Based on the preponderance of evidence, abuse is substantiated,” the MDPH wrote in its report, adding, “The alleged perpetrator (AP) posted a humiliating picture of the client on two social media sites with derogatory language.” The MDPH says the staffer told them she thought it was funny.

The facility told the staffer to delete the image from social media and sacked her following an internal investigation.

After learning of the incident from the MDPH’s citation, the patient’s husband William Furlow filed a personal injury suit against Madonna Summit of Byron as well as the unidentified staffer who did not appear for court hearings. The court notes that while hair colour and approximate age can be inferred from the picture, the photograph doesn’t include enough identifiable information to indicate “private medical information, condition, or past, present or future treatment”. Dr. Furlow’s attorney Peter Sandberg argued that the announcement that the patient had pulled the fire alarm would have indicated a health condition, but the Minnesota court countered that a health record doesn’t cover a situation where the status of the patient can be inferred.

When asked whether the action could be considered an invasion of privacy, Dr. Furlow’s attorney Peter Sandberg told Gizmodo that the patient passed away after the post was made public, and a privacy claim wouldn’t survive her death.

No appeal is planned.

“Dr. Furlow shouldered the feed sack for as far as he wants to go, and decided to lay it down,” Furlow’s attorney Peter Sandberg told Gizmodo. “Smartphones are potent tools for raiding someone’s privacy. What’s posted has the potential for becoming a permanent stain as well.”

Nursing home patients have repeatedly been put on cruel display for views. In 2017, ProPublica compiled a five-year list of 65 such instances, the majority of which use patients’ bodily functions and mental state as punchlines.