OneWeb, a UK-based telecommunications firm, has launched 34 satellites into space. These satellites will join an internet constellation that could soon consist of 648 satellites, in a system that will rival Elon Musk’s Starlink. We’ve officially entered into a new race for space – one that threatens astronomy and the safety of low Earth orbit itself.

The Soyuz rocket carrying the 34 OneWeb satellites launched from the Baikonur Cosmodrome in Kazakhstan at 9:42 pm GMT yesterday. The satellites were deposited at an altitude of 450 kilometres (280 miles) and will slowly ascend to an operational height of 1,200 kilometres (745 miles) over the course of the next 20 weeks, according to OneWeb documentation. This orbital height was chosen because it’s above high-density regions and because space debris is scarce up there. As OneWeb founder and chairman Greg Wyler has said, “On my tombstone, it should say ‘Connected the world,’ not ‘Created orbital debris.’”

This is the second batch of OneWeb satellites to enter space, but it’s the first of many more expected from the telecommunications company this year, which is collaborating on the project with Airbus Defence and Space. OneWeb, which launched six satellites to space on 27 February 2019, could deploy as many as 22 missions in 2020 – a pace that would rival the one established by SpaceX, which is now launching around two batches of 60 Starlink satellites each month. 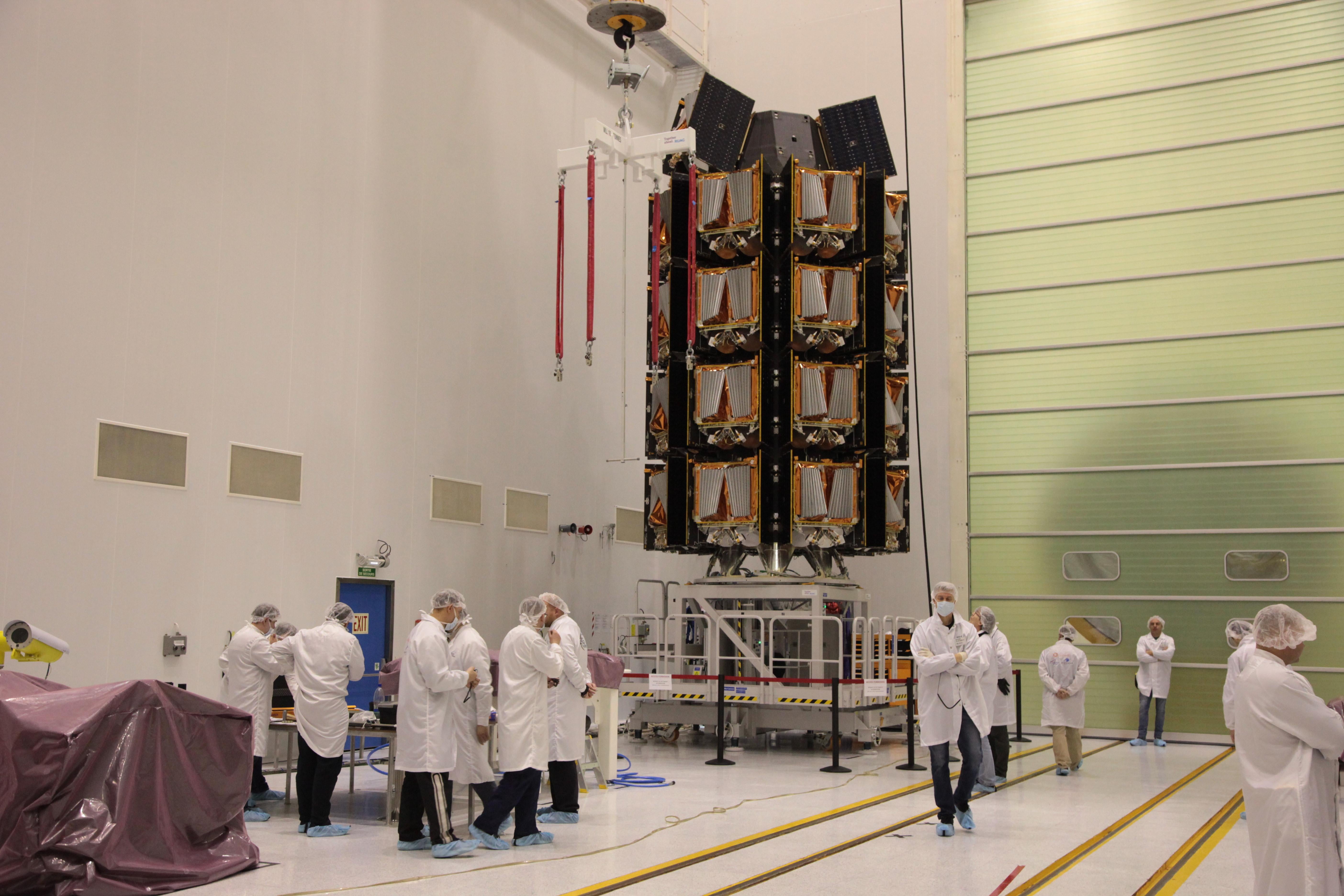 The OneWeb and Starlink constellations are similar in that they’re intended to provide broadband internet to paying customers around the world. But whereas OneWeb’s constellation will consist of 648 individual units, the SpaceX plan would see a megaconstellation of as many as 42,000 units. That said, this is the first phase of the OneWeb constellation, so it could substantially increase in size in the future.

OneWeb’s system is expected to go online in a demonstration mode by the end of this year, according to a company press release. Full services for “sectors such as maritime, aviation, government and enterprise” could happen by the end of 2021, according to OneWeb.

To pay for all this, OneWeb recently raised $1.25 billion (£970 million), most of it from SoftBank, a Japanese holding company, reports TechCrunch, adding that total funding is now at $3.4 billion (£2.64 billion). SpaceX, by contrast, can launch its satellites at cost, given that the company is, well, an actual rocket company. Meanwhile, potential rivals like Amazon, Telesat, and Facebook – all of which have expressed similar intentions to build internet-beaming satellite constellations – have yet to place a single satellite into Earth orbit.

Another difference between OneWeb and SpaceX – at least in the mind of Wyler – has to do with OneWeb’s approach to building its constellation. The company believes “current mitigation regulations may be insufficient environmental safeguards.” To ensure the safety and controllability of its constellation, the satellites are supposed to be capable of collision avoidance and self-disposal, among other provisions. On that last point, the satellites are designed to de-orbit themselves and burn up in the atmosphere at least five years after being decommissioned (Starlink satellites have similar provisions).

That’s all fine and well, but these plans don’t speak to the way in which the OneWeb constellation, or others, are poised to interfere with astronomical observations. At the recently held 235th Meeting of the American Astronomical Society (AAS) in Honolulu, Hawaii, astronomers cited such potential threats as streaks on astronomical images, weird artefacts, the saturation of detectors with light, and radio interference. This isn’t idle worry, as the Starlink constellation has already caused trouble for some astronomers.

The other risk posed by large internet constellations has to do with the sheer number of objects in space. As Gizmodo US reported last week, when two defunct satellites narrowly avoided collision, every satellite added to orbit increases the odds of a smashup. By manoeuvring satellites to avoid collisions, operators run the risk of shifting the satellites into the orbital paths of other objects – a problem that will require constant vigilance and powerful, quick-acting surveillance technologies.

The OneWeb launch was approved by the UK Space Agency, whereas for US companies, it’s the Federal Communications Commission that approves these space-based programs. So far, however, the FCC has displayed a rather laissez faire attitude to these constellations. It’s a classic case of technological innovations and aggressive market forces keeping ahead of rational regulations.

British, American and other global regulators need to wise up and think this through a bit better. We’re now caught in a Wild West scenario, the consequences of which are increasingly coming into focus.