Early Monday morning, the European Space Agency hopes to launch its Solar Orbiter in order to better understand a star we know far too little about: the Sun. The launch is scheduled for 4:03 am ET on 10 February (live stream from NASA TV is embedded below).

As its name suggests, the Solar Orbiter is a Sun-circling satellite, containing 10 instruments meant to take measurements otherwise hard to get from Earth-bound telescopes. The mission seeks to explain how the Sun generates the heliosphere, the region of plasma that surrounds the entire solar system, with an ultimate goal of being able to forecast the space weather that has the potential to damage many of the electronics we rely on today. This will also be the first mission to take a picture of the Sun’s poles.

The Solar Orbiter’s final 150-day elliptical orbit will take it as close as 26 million miles away from the Sun to nearly the same distance as Earth. The spacecraft will repeatedly return to Venus, each time using the planet’s gravity to slightly tilt its orbit in order to get a different view of the Sun, up to 17 degrees inclination from the plane in which the planets orbit. If the mission succeeds and is pushed into its extended phase, it will increase its orbital inclination to 33 degrees, the angle from which it will be able to image the Sun’s poles. 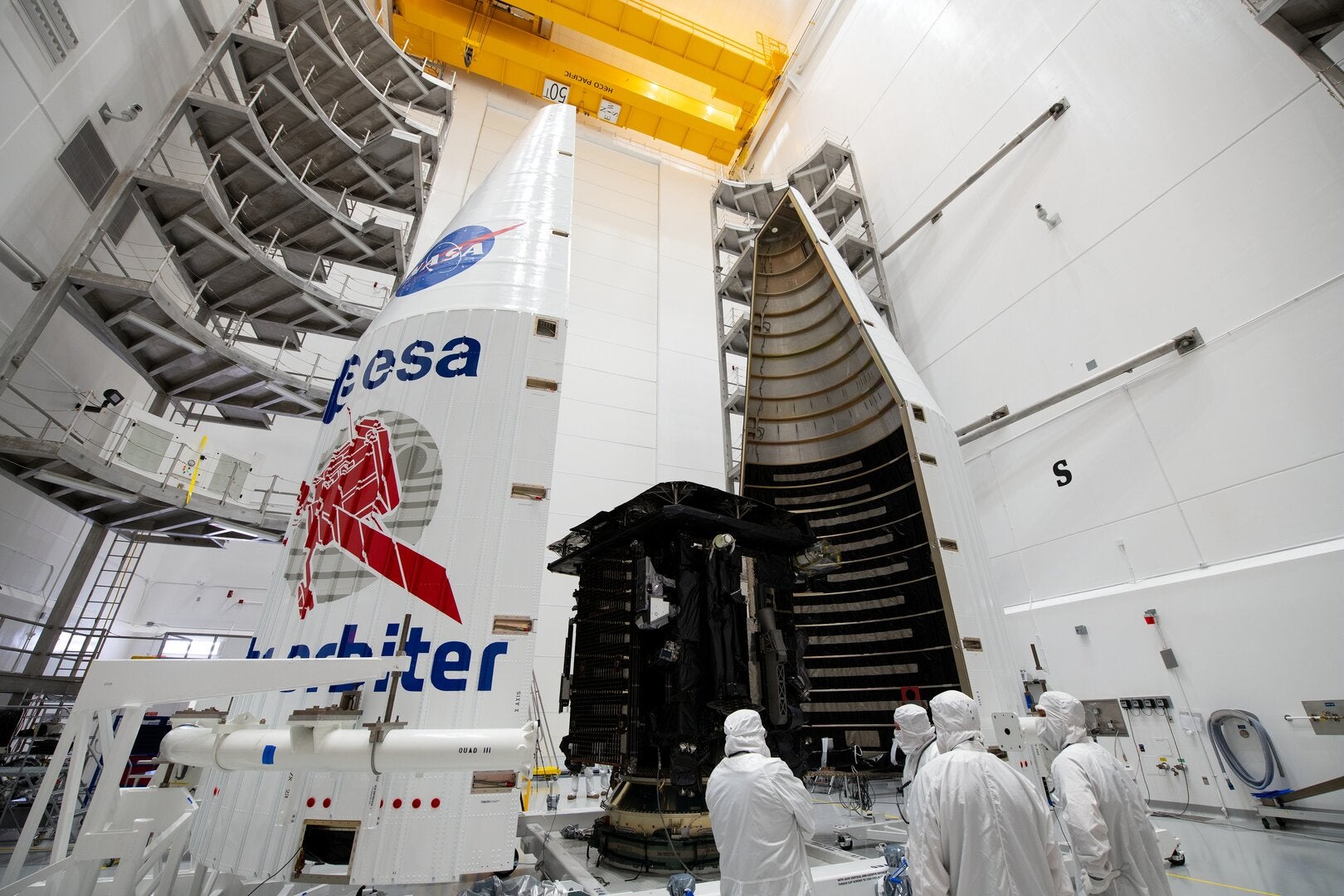 The Solar Orbiter being integrated into its rocket fairing. (Photo: ESA/S. Corvaja)

The Solar Orbiter must survive both the extreme heat of the Sun and the extreme cold of empty space, Anne Pacros, the payload manager at the ESA’s European Space Research and Technology Centre, said in a NASA release. It will experience temperatures ranging from -184 to 520 Celsius. The mission comes equipped with a 10-by-8-foot, 324-pound heat shield made from super-reflective titanium foil atop aluminium, with gaps for heat to escape. A coating of calcium phosphate prevents the Sun’s radiation from degrading the shield. The mission’s controllers must ensure that the probe’s heat shield always points toward the Sun.

The Solar Orbiter is scheduled to launch from Cape Canaveral, Florida onboard an Atlas V 411 rocket. NASA TV’s live coverage will begin at 3:30 am GMT on Monday. If all goes according to plan, the probe will make its first pass of the Sun in June and its first close pass in March 2022.