A Year After Returning to the Jungle, Alba the Albino Orangutan Is Alive and Well

Good news! Conservationists at a national park in Borneo have provided new details about Alba, the world’s only known albino orangutan, one year after she was released back into the wild. Not only is Alba still alive – she’s thriving.

Back in February of this year, conservationists from the Borneo Orangutan Survival foundation (BOSF) released three rehabilitated orangutans back to their natural habitat at Bukit Baka Bukit Raya National Park in Borneo. A post-release monitoring team kept a close eye on the trio in the days that followed, making sure the orangutans were comfortable in their new tropical digs, according to a BOSF press release.

While monitoring one of three apes, Unyu, a familiar face with blue eyes suddenly crept into sight: Alba, a female albino orangutan who had been released to the park one year ago. For Unyu and Alba, this chance encounter in the forest served as a reunion, as the pair spent time together while recuperating at BOSF’s Nyaru Menteng Rehabilitation Centre. 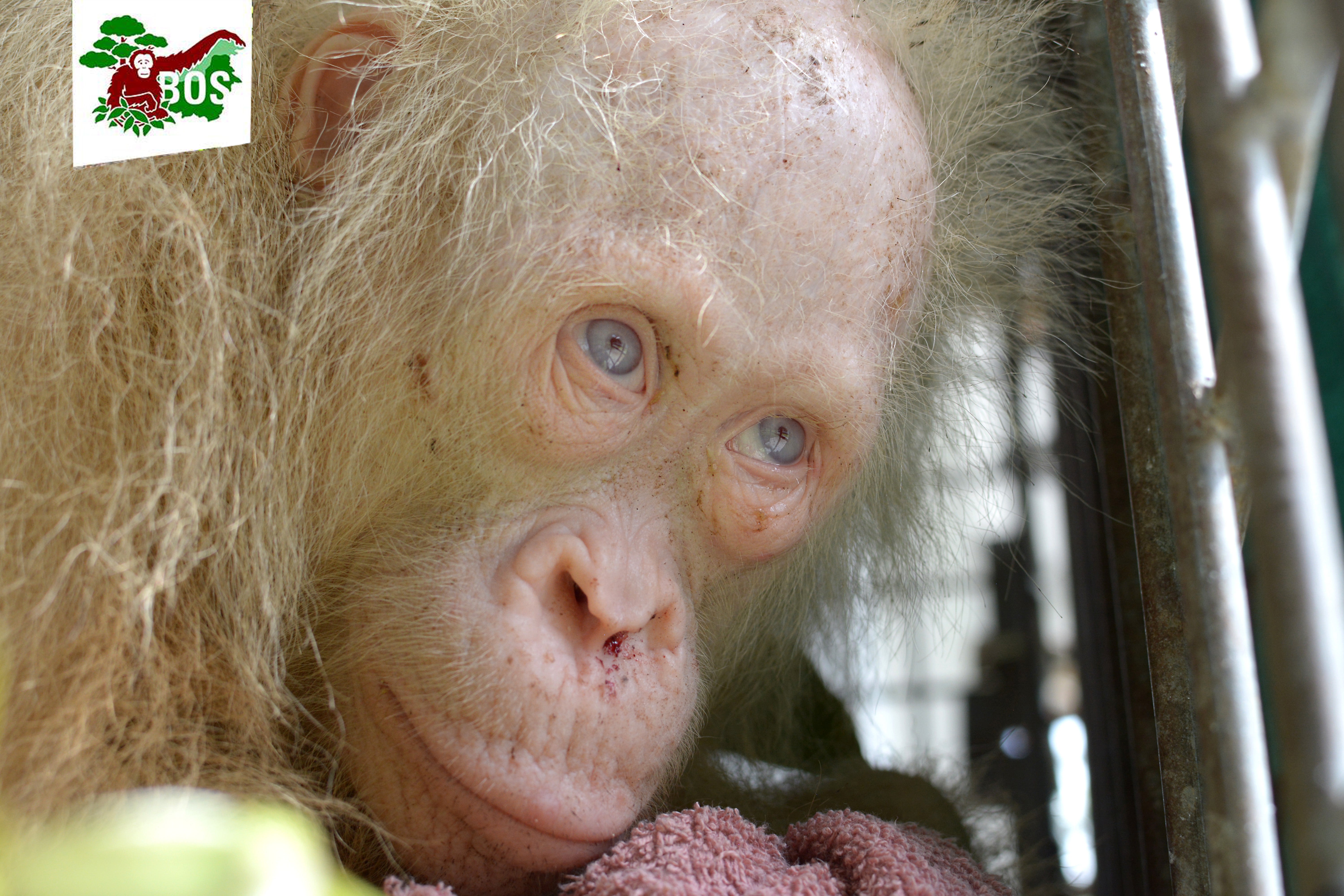 Alba’s trouble began in 2017, when she was captured by curious villagers who held her captive for two days. Alba was rescued by BOSF and the Central Kalimantan Natural Resources Conservation Agency on 28 April 2017 and was promptly sent to the rehabilitation centre. Stressed, dehydrated, and infected with parasitic worms, Alba required two years to make a full recovery. On 18 December 2019, Alba was released back to her natural habitat in the national park.

During the rehab process, the conservationists took great care to prevent the orangutan from becoming habituated to humans, lest she lose her independence. That said, this was never really an issue for Alba, who expressed a “firm dislike for human presence from the very beginning,” according to BOSF. Released from her cage, Alba was glad to be rid of her human handlers, climbing to the very top of a nearby tree.

A full year later, Alba is still hanging around at the national park, and BOSF conservationists say she’s doing quite well. Alba spends most of her days feeding in the forest and travelling to new locations. Outside of these activities, she likes to rest, build nests, and interact with other orangutans, according to BOSF. 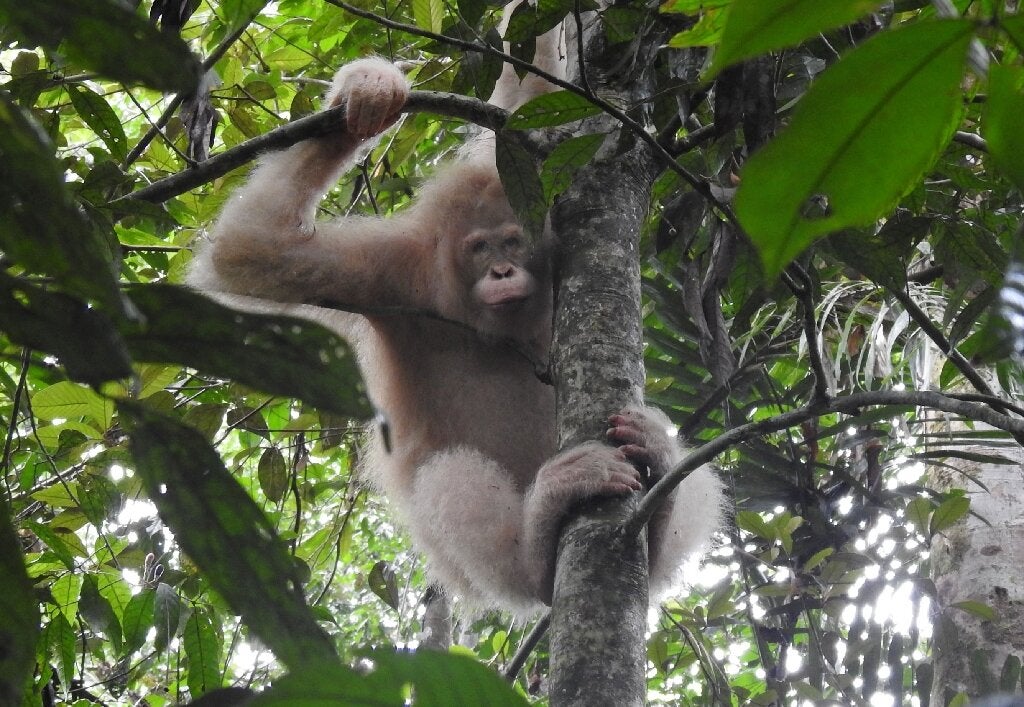 Alba was released back to her natural habitat in 2018. (Image: Borneo Orangutan Survival Foundation)

“I have received reports that Alba is capable of extensive exploration, skilful foraging, and deft nest building,” said Agung Nugroh, head of the Bukit Baka Bukit Raya National Park, in the press release. “She also socialises with other released orangutans within the national park. This is truly positive. We all hope that Alba continues to survive in this forest, and live wild.”

The conservationists will continue to monitor Alba and the other newly released orangutans. Ultimately, they’re hoping the apes will be able to survive without human assistance and that Alba avoids further encounters with humans, including poachers. These conservation efforts are important, as orangutans are listed as critically endangered.