There’s still no completely safe and surefire method for locating unexploded ordinance after a war is over, but researchers at Ohio State University in the US have found a way to harness image processing algorithms, powered by machine learning, to study satellite imagery and locate hot spots where UXO are likely to be located.

The researchers focused their efforts on a 100-square-kilometre area near Kampong Trabaek, Cambodia, which was the target of carpet-bombing missions carried out by the United States Air Force during the Vietnam War. The team was given access to declassified military data that revealed that 3,205 bombs had been dropped in the area between 1970 and 1973. Determining exactly how many of those bombs didn’t explode has gotten harder and harder as, six decades later, nature has slowly reclaimed the country’s heaviest hit areas, hiding and obscuring the craters that are counted and used to make accurate estimates.

The OSU study used a two-step process to come up with a more accurate estimate of how many bombs were still left in the area. It started by leveraging algorithms that had previously been developed for automatically recognising and counting craters on the moon and other objects created by meteor impacts. It was a start, but meteor craters are much larger than those left by carpet-bombing campaigns, and more defined given that satellite imagery of the moon is high-contrast and not obscured by nature or erosion. 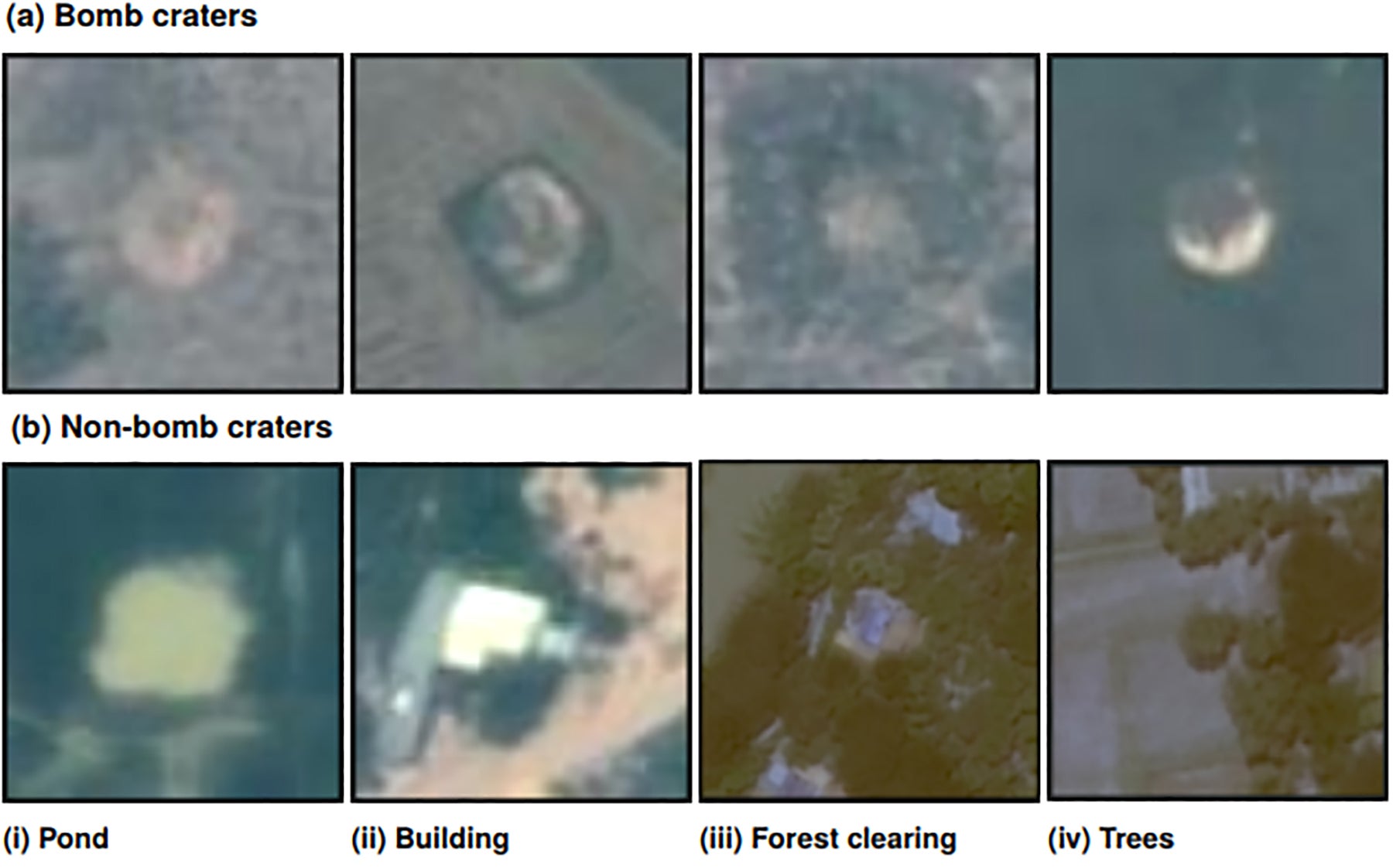 The satellite imagery of the Cambodian region was much harder for those algorithms to analyse, thanks to 60 years of plant life growth, erosion, and other natural phenomenon that have left the bomb craters looking nothing like the meteor craters on the moon. It was initially able to identify potential craters, but the researchers had to go one step further and train a neural network on a database of known satellite crater images to create an additional algorithm that could take into account variations in size, shape, colours, textures, and other obscuring features.

The model was eventually able to correctly identify 152 of 177 known bomb craters, for an accuracy rate of about 86 per cent, while correctly eliminating over 1,000 false positives that would have otherwise wasted UXO disposal efforts. The researchers say those results would boost bomb detection efforts by over 160 per cent, compared to current methods. With a more accurate count of how many bombs actually exploded during the war, it’s now estimated there could still be over 1,600 unexploded bombs in the area studied, accounting for upwards of half the bombs dropped decades ago.