Covid-19 Means NASA's Moon Mission Might Have to Wait

Effective immediately, NASA is halting the production and testing of its next-gen rocket and crew module in response to the covid-19 pandemic. The space agency wants to use both pieces of hardware in 2024, when it hopes to send American astronauts to the Moon – a target date that now appears to be in serious jeopardy.

Updates from NASA administrator Jim Bridenstine have been steady over the past several days, as the space agency (and everyone else in the world) scrambles to deal with the covid-19 pandemic. In the latest move, the Michoud Assembly Facility in New Orleans and the Stennis Space Center in Mississippi have been escalated to Stage 4 in NASA’s four-tier Response Framework, according to a statement put out by the NASA chief yesterday. The move goes into effect as of today, 20 March.

The means all NASA employees who work at these two facilities must now telecommute, except for employees with jobs related to safety and security. Travel has also been suspended. These moves are designed to slow the spread of SARS-CoV-2, the virus that causes covid-19. 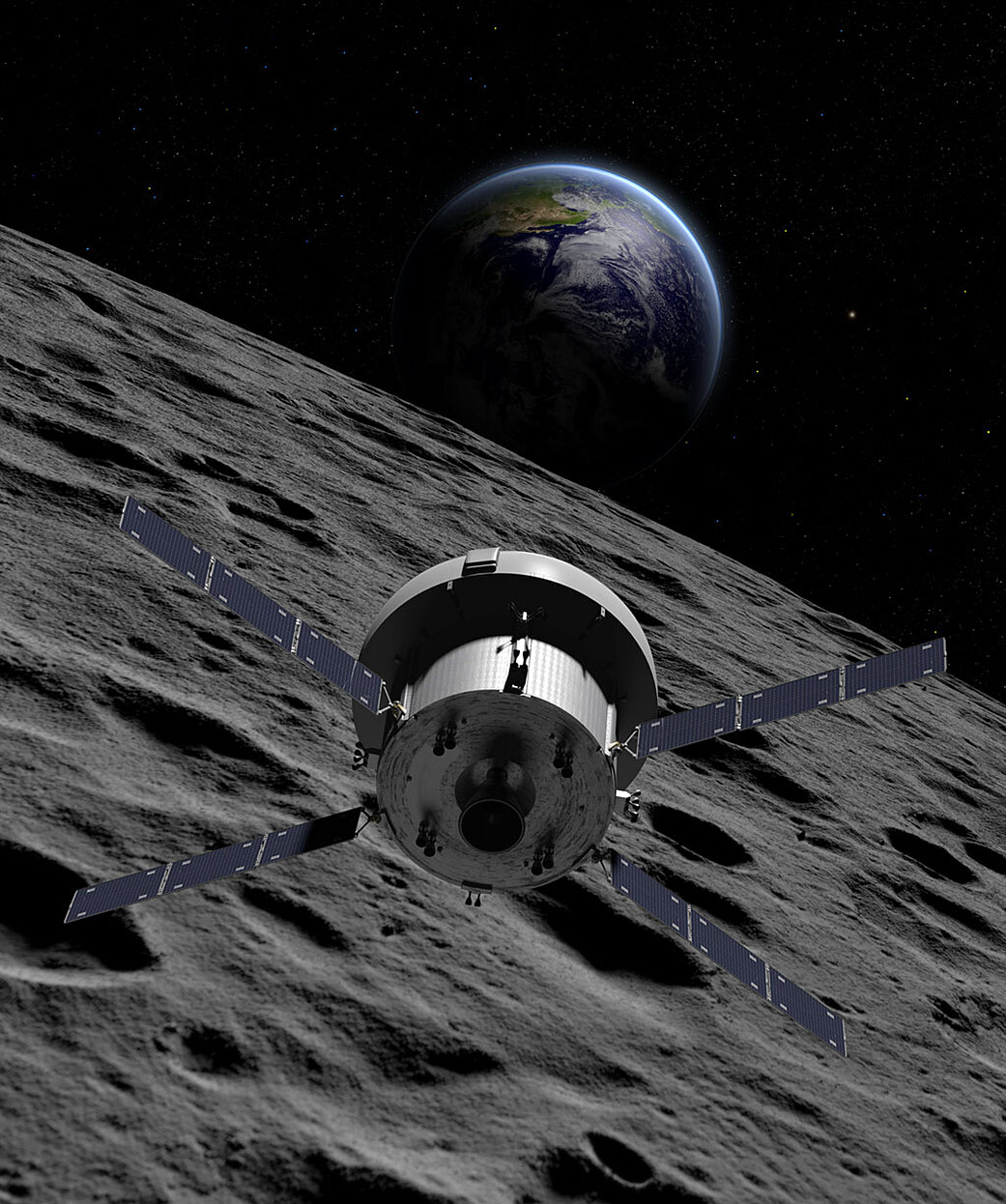 Conceptual image of the Orion spacecraft, as it will be used during the Artemis lunar programme. (Image: NASA)

The Stage 4 rating also means that NASA will have to temporarily halt the building and testing of its upcoming Space Launch System (SLS) – a powerful rocket that’s designed to deliver astronauts to the Moon and Mars. Development will also stop for NASA’s Orion spacecraft and related hardware. SLS and Orion are two critical components of the Artemis lunar programme, which seeks to return American astronauts to the Moon in 2024.

As Bridenstine explained in his statement, NASA will perform a systematic shutdown of both projects, in which the unfinished hardware will be placed in a safe state until work can resume. Once this roll-down is complete, the only personnel who will be permitted at either Michoud or Stennis will be staffers responsible for protecting life and critical infrastructures, as per the Stage 4 guidelines.

It’s early yet, but these disruptions could throw a major wrench into the Artemis programme and the 2024 timeline, as mandated by the Trump Administration. This timeline was already in doubt, but covid-19 could be the final catalyst that forces officials to re-designate 2028 as the target year for landing on the Moon.

“We realize there will be impacts to NASA missions, but as our teams work to analyse the full picture and reduce risks we understand that our top priority is the health and safety of the NASA workforce,” explained Bridenstine.

Gizmodo contacted NASA to find out if other projects are being affected by the moves announced yesterday. A spokesman for the agency said the SLS and Orion disruptions are the only ones to report at this time, but more information may become available later today as covid-19 is causing things to change “very rapidly,” he said.

On Monday, NASA announced the escalation of all facilities to a Stage 3 rating, resulting in disruptions to several projects. As Gizmodo reported, affected projects included Dynamics and Chemistry of the Summer Stratosphere, or DCOTTS (a project that uses aircraft to study the chemistry and composition of the upper atmosphere), DeltaX (an airborne and field survey of the Mississippi River Delta), and Sub-Mesoscale Ocean Dynamics Experiment, or S-MODE (a project that studies the effects of the oceans on climate).

Meanwhile, work on NASA’s Mars Perseverance rover is continuing apace. In the latest milestone for the mission, the rover was fitted with its Sample Handling System, which will allow the six-wheeled probe to extract Martian surface samples and store them for future missions to retrieve and ferry to Earth. That said, these components were installed on 7 March and 11 March, which already seem like an eternity ago.

“Currently, the coronavirus has not impacted the Mars Perseverance rover launch schedule,” according to the NASA press release. “Launch preparations are continuing.”

If the situation stays this way – a huge “if” at this point – the Perseverance rover will launch at some point in late July or early August of this year. But with all that’s going on around the world right now, we’re not holding our breath.

Finally, NASA and SpaceX are still planning to launch the Demo-2 test in early May, which will involve two NASA astronauts. If successful, the test could mean that NASA has finally regained its ability to launch astronauts into space from its own soil – something the space agency hasn’t been able to do since the retirement of the Space Shuttle Program in 2011.