Dick Tracy is an Exercise in Style Over Substance, With Lots of Batman Sprinkled on Top

Watching Warren Beatty’s Dick Tracy today, it feels more like an experiment than a movie. Oh, there’s a story in there, and at times it’s entertaining as hell, but what stands out three decades after its release is how Beatty was able to springboard off the success of Tim Burton’s Batman to make a movie filled with things you rarely get to see on film.

[Editor’s Note: I disavow Germain from this point on entirely. – Jill P.]

Was that actually his intention? Probably not. But in 2020, the 1990 film Dick Tracy feels like it came from a director who walked into a room and said, “Let me make Tim Burton’s Batman, but even crazier”, and was seemingly only interested in using colours that are underrepresented on screen. Beatty took those bold visuals, hired Batman composer Danny Elfman to do his (very similar) score, and because he couldn’t just cast Jack Nicholson to play his big, boisterous villain, hired another Oscar-winning icon, Al Pacino, to do the same. Beatty then cast Madonna as the femme fatale, mashing the idea of having a pop star involved (like Prince with Batman) and a Vicky Vale blonde bombshell. Finally, over the course of the movie, he replicated shots and angles, ultimately ending the film with his villain dying the exact same way Nicholson’s Joker did.

You could make a documentary on all the ways Dick Tracy is similar to Batman and, frankly, I’m embarrassed I didn’t notice it when the movie was first released. Rewatching it for its 30th anniversary, though, I noticed it – and I have to say, I don’t think Dick Tracy is nearly as good as I remembered it. It’s OK, but it’s way more concerned with its craft than its story. It’s an exercise in style and light on substance. 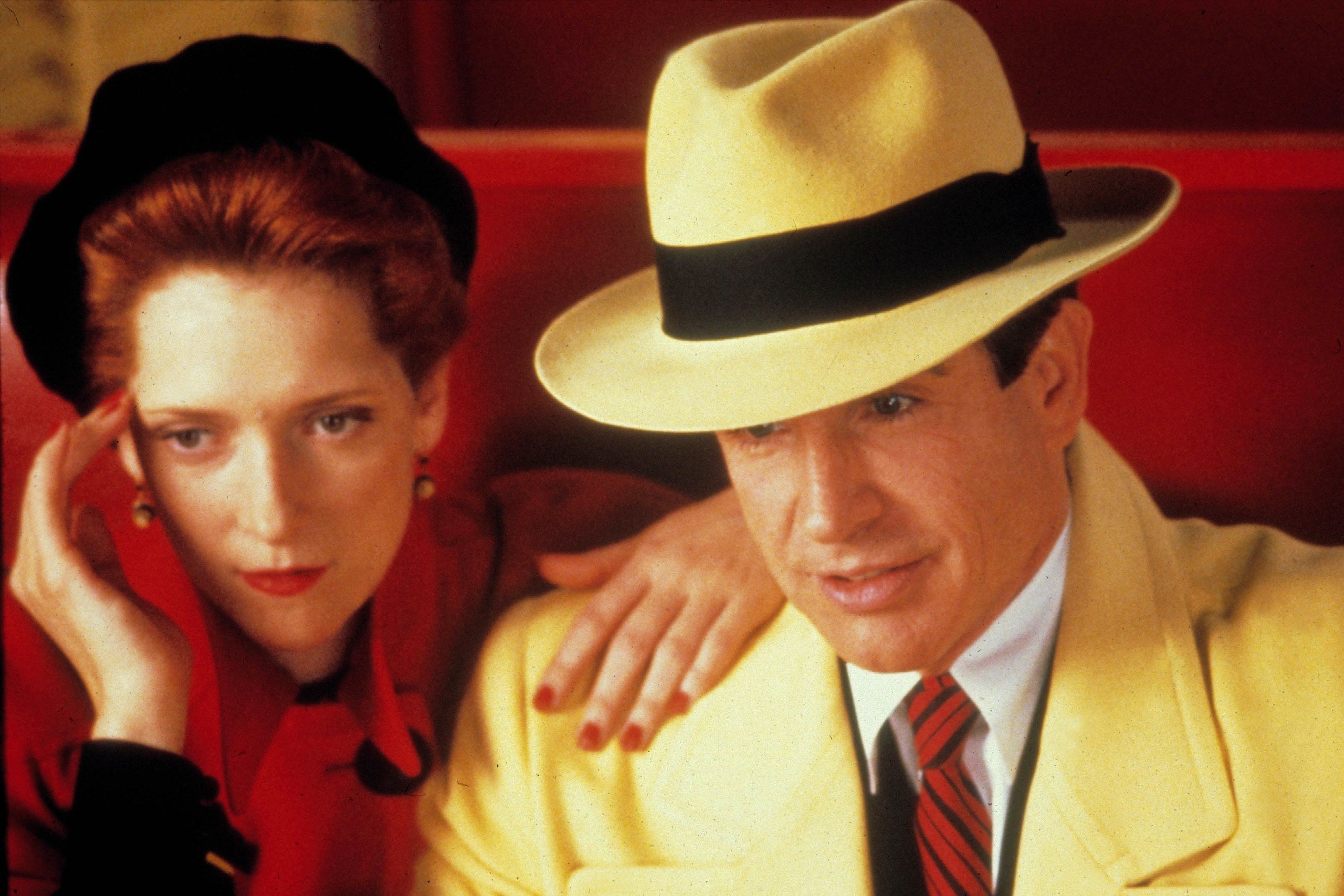 In Dick Tracy, Beatty also played the title character, a police detective based on the 1930s comic strip by Chester Gould, who wears a bright yellow coat, a hat to match, and is trying to stop organised crime. Big Boy Caprice (Pacino), the big boss in town, duels back and forth with Tracy until one is victorious. That’s pretty much the whole movie. There are subplots about a homeless kid (‘90s legend Charlie Korsmo), Tracy’s inability to settle down with his girlfriend Tess (Glenne Headly), and a singer, played by Madonna, who tries to seduce Tracy, but each continually gets put aside so that Tracy can go out on another raid or get captured by Big Boy over and over.

Like I said, the whole thing is very surface and frequently boring. There’s not much tension, the action scenes aren’t particularly well-staged (especially the gunfights), and the plot twists are forced and uninspired. In fact, if it wasn’t for how everything looked, Dick Tracy would be a legitimately bad movie. But that’s the thing. Dick Tracy is stunningly gorgeous. 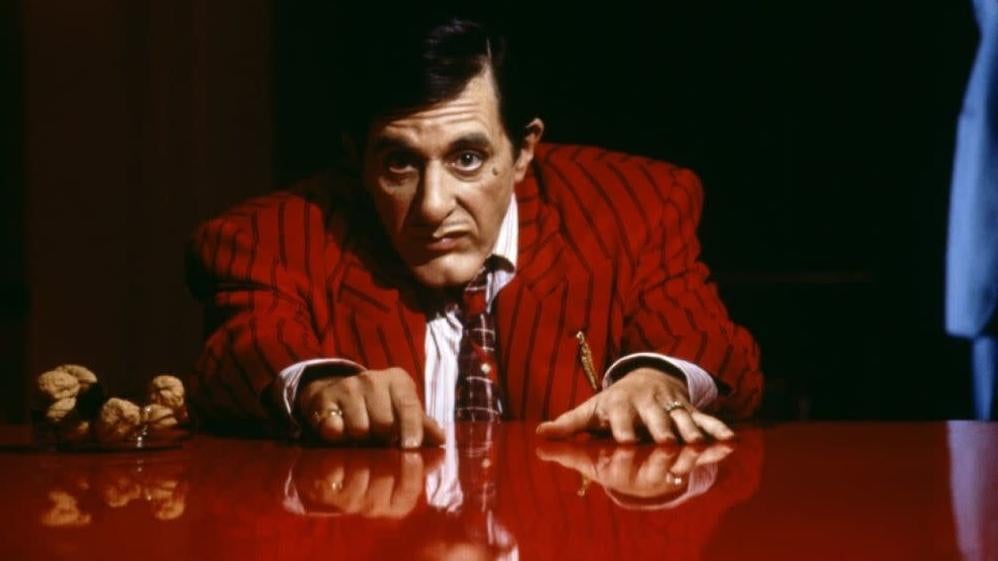 Pacino got an Oscar nomination for this one.

Shot by three-time Oscar-winning cinematographer Vittorio Storaro (who was nominated, but lost, for this film) Tracy’s world looks like a comic strip come to life in a way Robert Rodriguez and Zack Snyder would emulate years later. The bright colours are not just bright, they’re blinding. The dark shadows are like black holes. The contrasts between the two are used to great effect and the frame is constantly filled by vibrant costumes, lavish sets and some of the best makeup ever put on film. Ever. Rightfully, Dick Tracy won three Oscars (for Best Art Direction, Best Makeup and Best Original Song) and was nominated for four others (including Pacino for Best Supporting actor, which is hilarious). All of the technical marvels are more than worth the price of admission on their own. One look at some of Big Boy’s goons, with their misshapen heads and faces, and you just know you’re watching something truly unique.

Then there’s the cast which, like the film’s technical prowess, is second to none. You’ve got Beatty, Pacino and Madonna as the leads, but then there’s just a murderer’s row of supporting actors including Seymour Cassell, Charles Durning, Dick Van Dyke, Kathy Bates, Dustin Hoffman, William Forsythe, Mandy Patinkin, Paul Sorvino, James Caan and Catherine O’Hara, just to name a few. Dick Tracy has Oscar winners busting at its seems and, best of all, most of them know exactly what kind of movie they’re in, so they’re happy to go over the top and keep everything light. The supporting cast adds a tonne of class and gravitas to the movie, which is needed since Beatty’s lead is painfully stoic. 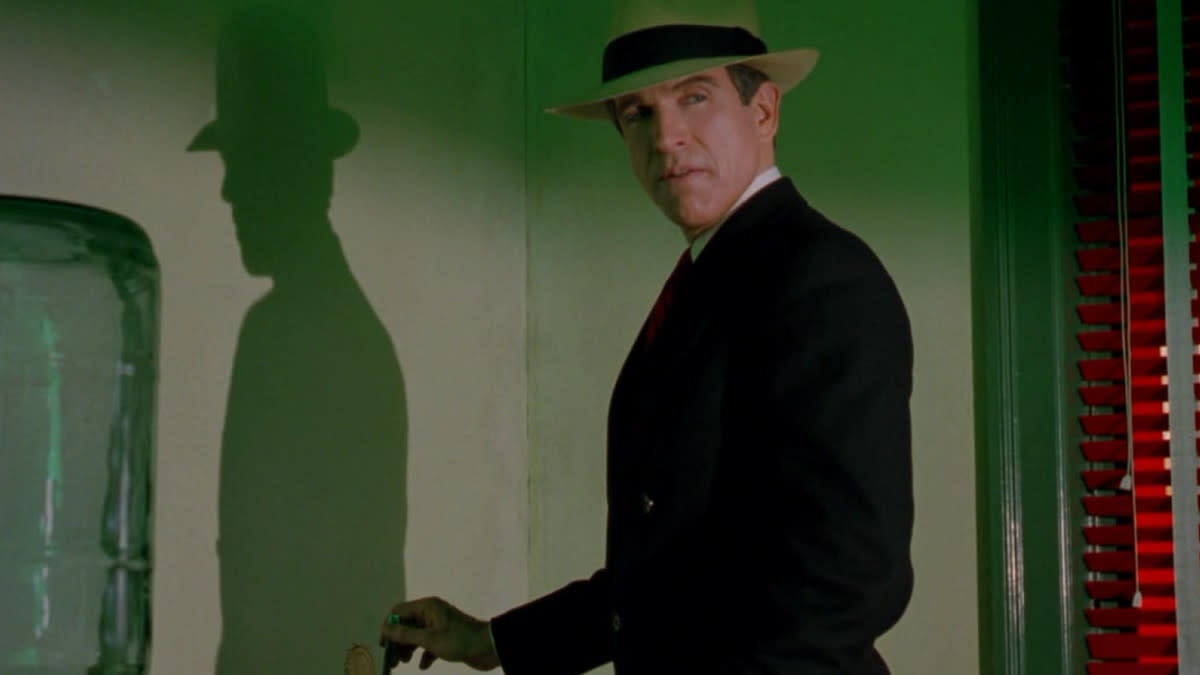 Most critics would tell you all the casting and mise-en-scène in the world can’t make up for weak characters and story, and that’s almost always true. Dick Tracy is one of the few films that challenges that idea. Everything about the movie is so sumptuous, so pleasing or weird to look at, the fact that nothing of interest is ever really happening doesn’t matter as much. You’re simply enjoying each frame of the movie as if it was a painting on the wall of a museum.

However, in the long run, it does matter. While this one viewing a few decades removed was fine, by the end, Dick Tracy went from a film I held a deep nostalgia for to a movie I’m now mostly “meh” on. You understand why it was made, and while it was a moderate success; you understand why it didn’t come close to the film it emulated, Tim Burton’s Batman. More than anything, you get why Dick Tracy hasn’t endured one per cent as much as that film. It’s because, besides its stunning surface, there’s not much there to hold on to.