Disney's Avengers Campus Will Open in July (Unless It Doesn't)

Disney has set an opening date for its Marvel park experience at Disney’s California Adventure, revealing that Avengers Campus will open this July. It sounds like a wild time...but what about that whole looming pandemic thing?

Disney’s already closed some of its theme parks around the world to combat the coronavirus, but it looks like Anaheim and Orlando are keeping the mouse in-house. For now. Disney CEO Bob Chapek and executive chairman Bob Iger announced the 18 July 2020 opening date of Avengers Campus during Disney’s annual meeting. The theme park section, which ties in with the Guardians of the Galaxy – Mission: Breakout ride, will be an interactive experience featuring characters from the Marvel Cinematic Universe.

It will feature a restaurant housing weirdly sized foods inspired by Ant-Man and the Wasp, as well as an outdoor Doctor Strange photo area inspired by the Sanctum. But the coolest part is the Worldwide Engineering Brigade, or WEB, which features a Spider-Man ride where visitors can sling their own webs at Spidey’s rebelling spider-bots (thwip). The area is starting off pretty small, but there are plans to grow the Avengers Campus even further in the future, including a possible Black Panther ride. 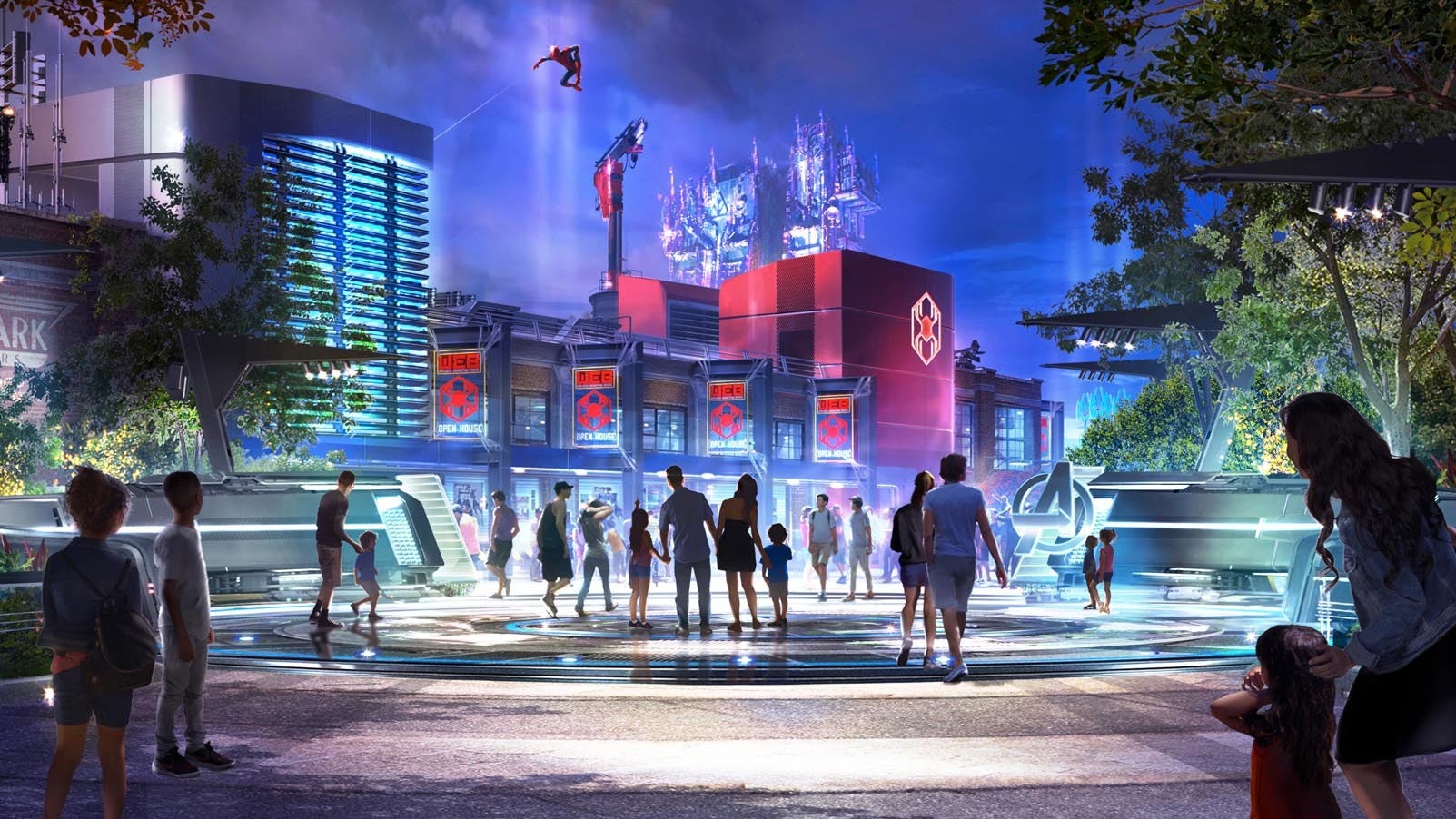 Of course, the question on everybody’s mind is whether the Avengers Campus construction can stay on schedule with the spread of coronavirus – or even how long Disneyland, Disney’s California Adventure, and its Florida parks can stay open amid the growing problem. During the meeting, Iger acknowledged the seriousness of the situation but neither he nor Chapek commented on future plans for the parks if coronavirus cases continue to rise. “We’re all sobered by the concern that we feel for everyone affected by this global crisis,” Iger said.

Avengers Campus is scheduled to open 18 July. The next MCU movie on the docket, Black Widow, comes out 1 May.