Look, I fully admit this is a pretty first-world problem (especially considering everything else going on right now), but what are you supposed to when you need some coffee but don’t have the time or equipment to brew or buy a fresh cup of joe?

While there are a tonne of alternatives that can supply you with a burst of energy, most of them like caffeine pills, energy drinks, or caffeine-laden gum fail to offer the same combo of deep flavor and instant perkiness as a regular cup of java. And that’s precisely where the US-based company Coba steps in, because by taking ground coffee, adding a bit of extra caffeine, and then mixing that with white chocolate, you get a shelf-stable bar that smells and tastes a lot like coffee, but with none of the liquid.

And in case you’re sensitive to dairy, Coba actually makes two versions of its coffee bar: the standard Coba Milk and Coba Black, which is vegan and ditches the milk powder in the white chocolate for non-dairy alternatives while also adding a bit of activated charcoal. 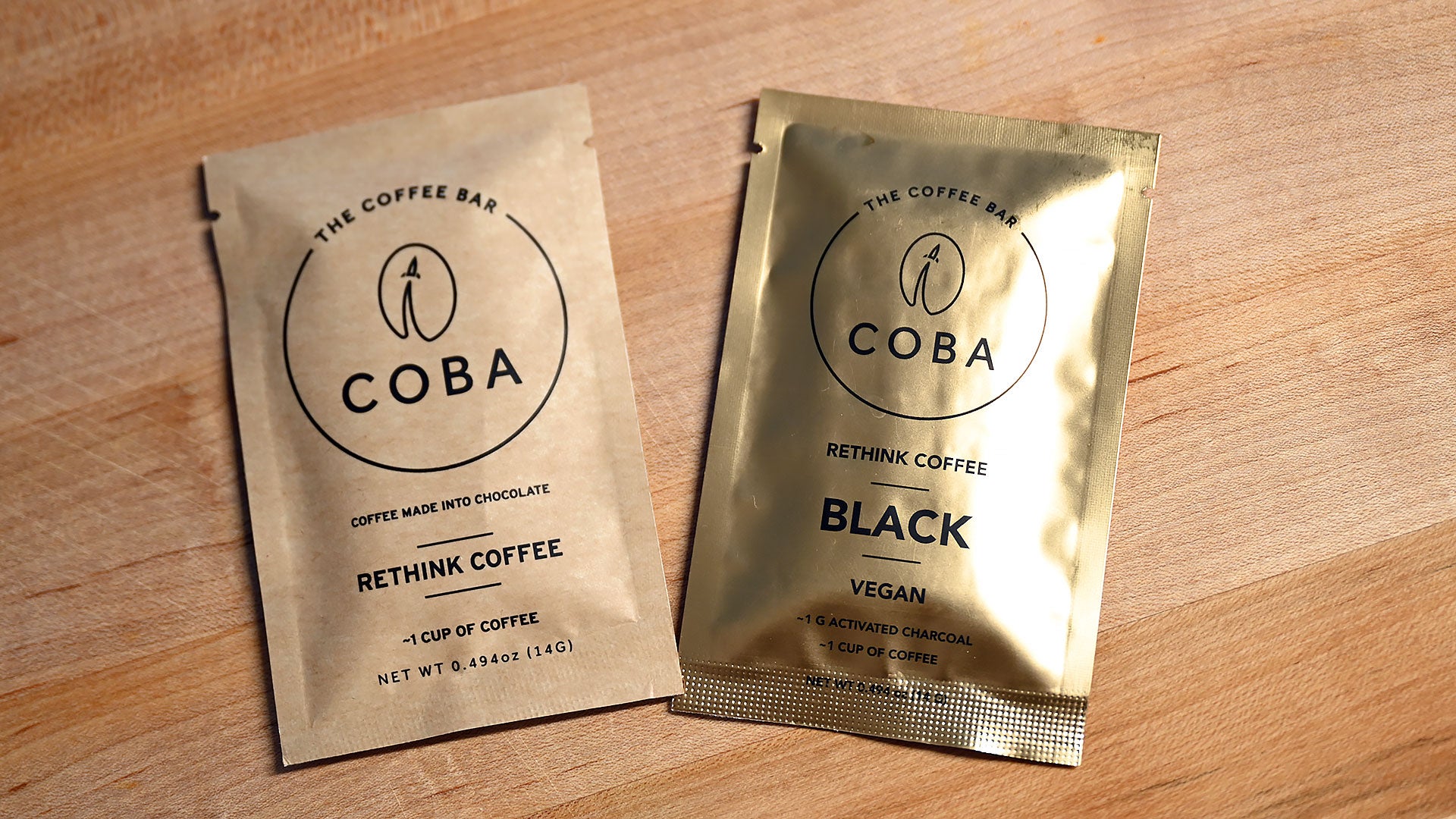 Both versions cost $25 (£20) for a box of ten, which translates to $2.50 (£2) per bar (or $2.25 if you opt for 20 bars at $45 per box), with each bar offering between 76 and 80 calories per bar, mostly by way of added sugar. So in the grand scheme of things, each bar is more expensive than pretty much anything you’d make at home, but about the same price as a small cup of black coffee from Starbucks (or cheaper if you go for something frillier like a latte or Frappuccino).

As for utility, what Victoria and I found is that Coba bars aren’t really a replacement for coffee, but more of a supplement or back up source of caffeine in times of need. Personally, Coba is something that I would happily stash inside my desk at work or in a backpack, so I can get a quick boost during times like when I’m out on a hike or simply don’t have time to make a coffee run.

The bars themselves are actually quite small, about the same size as a credit card. (Photo: Sam Rutherford/Gizmodo)

If you like your coffee black, neither of these may suit your taste as both bars have seven grams of sugar. (Photo: Sam Rutherford/Gizmodo)

Okay, that all sounds good, but how does it taste? Some folks in our office said its flavour was a bit too intense, with a few calling it downright disgusting. However, for someone like me who prefers espresso over regular drip coffee, Coba’s in-your-face bitter punch is actually the part I like the best.

In some ways, it tastes like if you took a regular dark roast coffee with two milks and sugar and then evaporated that down into bar form, sort of like a chocolate-covered coffee bean but less crunchy. For me, both versions taste similar enough that I don’t really have a preference for either style.

Meanwhile, for Victoria, she actually preferred Coba Black because it has a slightly less pronounced aftertaste. Also, thanks to its activated charcoal, she feels the “sandy” texture that both bars have was a bit less offensive in Coba Black compared to the regular Coba Milk.

Just one word of warning, while Coba Black is vegan, its use of activated charcoal can be an issue for people who take certain medications, as the charcoal may absorb medicine before your body can. That means it’s probably best to avoid consuming medicine and Coba Black at the same time, and if you have any concerns beforehand, you should consult your doctor. 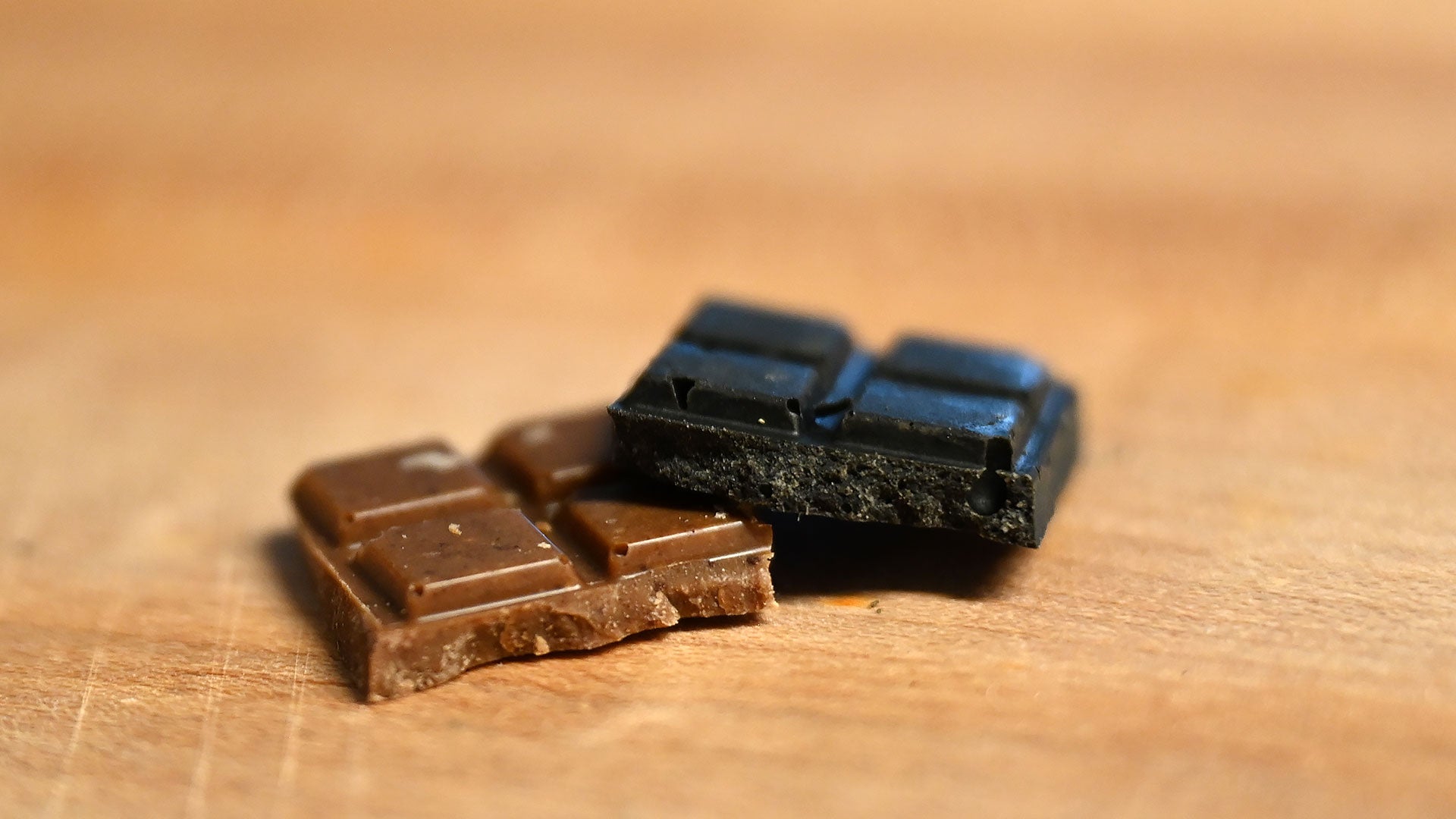 As for the bolt of energy you get, it seem like you get a more gradual, less spiky boost than drinking an energy drink thanks to the Coba bar’s solid form. Though that’s assuming you’ve had a meal recently. I tried my first bar on an empty stomach and the caffeine hit like a locomotive.

Each bar has about 100mg of caffeine which is about the same as what you’d get in a regular cup of coffee, and because each bar can be broken up into tiny squares, it’s relatively easy to cut back on your total caffeine intake if you’re worried about staying up too late.

In the end, as Victoria and I continue our search for weird and wacky new food innovations, the Coba Coffee Bar was a sort of a pleasant surprise. It’s not a real replacement for coffee, but that was never the point.