There’s no getting around it: The Suunto 7 smartwatch is a big, beefy boy. Giant smartwatches can be polarising, but in a world of aggressively mediocre Wear OS devices, the Suunto 7 is a refreshing reminder that the Android watch platform doesn’t have to suck as hard as it currently does.

So what’s different about the Suunto 7? Well, if you’re into smartwatches mostly for their advanced tech features, not much. It has most of the features you would expect from a Wear OS watch, including NFC payments, smart notifications from apps, an AMOLED touchscreen, and smart assistant integration. It’s also got basic activity-tracking covered with built-in GPS and continuous heart rate-monitoring. But the Suunto 7 isn’t meant to be a lifestyle-first watch. If you know anything about Suunto as a company, then you know this is a fitness-first watch. And, on that front, it stands apart from other Wear OS watches that have attempted to go all-in on fitness.

What is it?: Suunto's first Wear OS smartwatch

Don't Like: Big size may be a turn-off to some. A little pricey.

Most high-quality running watches come from well-respected brands like Garmin and Polar. Those watches work on proprietary software, meaning there are fewer third-party integrations or apps. It’s not a big deal if you don’t care about that sort of thing, but there are folks out there who want both a great running watch and a well-stocked app store – ideally in a design that doesn’t look like it’s been thoughtlessly handed down from the ‘80s. It may not be a huge overlap, but you could also argue the case that no one has really delivered a compelling example of what a Wear OS fitness watch would look like. (I reviewed a Casio watch recently that tried to do this, but it fell somewhat short of the mark.)

The Suunto 7, however, is compelling. It’s pretty snappy, thanks to the combination of a Qualcomm Snapdragon Wear 3100 chip and 1GB of RAM. (That’s about as basic as you want to get with a Wear OS device spec-wise; a 3100 chip with 512MB RAM works OK, but you do experience more lag.) But, again, it’s not the only watch packing that power under the hood. What is different is the Suunto 7 successfully utilises Suunto’s expertise when it comes to GPS-tracking and offline maps. Plus, its fitness-tracking metrics are so far among the most accurate I’ve tested on a Wear OS watch. 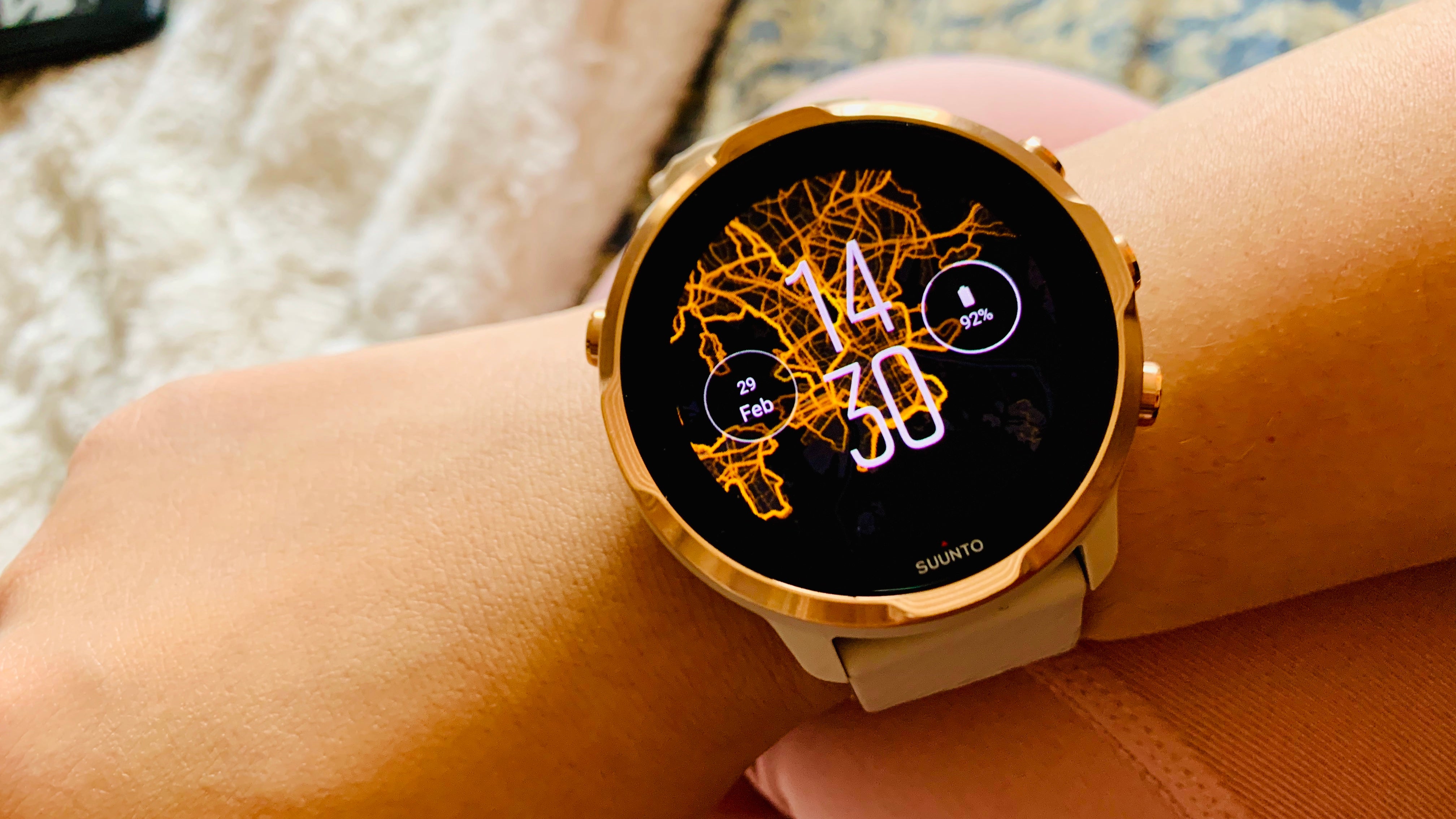 You can see how big it is on my wrist. That’s a 50mm case, baby! You can see the heat map watch face here, too! (Photo: Victoria Song/Gizmodo)

The worst thing I can say about the Suunto 7 is that I feel like I’m wearing a dinner plate on my wrist. That’s because while most smartwatches have cases in the 40-44mm range with an 18-22mm strap, this big boy has a whopping 50mm case and a 24mm strap. This isn’t a dealbreaker for everyone, but if you’re like me and have more petite wrists, it’s not ideal. Many women I’ve spoken to in my years of reviewing smartwatches regularly complain about too-big displays that make wearing jackets or long-sleeved shirts cumbersome. Plus, bigger watches tend to be much heavier. On smaller wrists, that can be distracting during outdoor activities, or just so downright uncomfortable to the point of being unusable. (I’m looking at you, LG Watch Sport. Hiss.)

But the Suunto 7 is actually pretty light! If you hate giant displays, well, there’s no getting around that. But in terms of all-day wear, I found the Suunto 7 comfortable. That’s likely due to the fact the case isn’t metal – it’s made of “glass fibre reinforced polyamide.” It feels like a higher-quality plastic, but not in a chintzy way like the Fossil Sport’s nylon case. 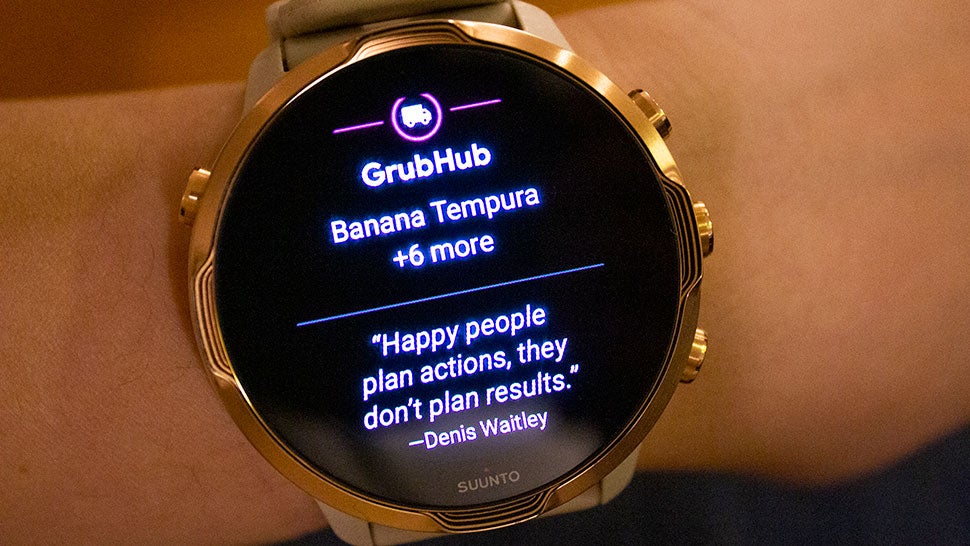 Then again, look at how easy notifications are to read because of how BIG the text is. (Photo: Victoria Song/Gizmodo)

Maybe I’ve just gotten old, and years of squinting at screens has destroyed my already-terrible eyesight, but another thing I appreciated about the bigger display was readability. The bezel is noticeable, but I found reading notifications on the Suunto 7 to be easier than on almost every other watch.

It’s also a plus that the Suunto 7 comes in a variety of colours. My review unit was the sandstone/rose gold combo, and it looks rather nice in person. Despite being an overt fitness watch, it doesn’t necessarily look like it. If you dig the oversized watch trend, this is the rare fitness-first wearable that I could totally see myself wearing to a formal event. (If you like the OMG SPORTS!!!! aesthetic, or a more staid design, however, there’s plenty of alternative colour options.)

But enough about design and style. The Suunto 7 also delivers on fitness-tracking. When I tested the Casio Pro Trek, which also promised excellent GPS capability, I came across a few technical difficulties with getting a reliable GPS signal. That’s understandable given that New York City, where I test, is a GPS nightmare. But I didn’t have that problem at all with the Suunto 7. 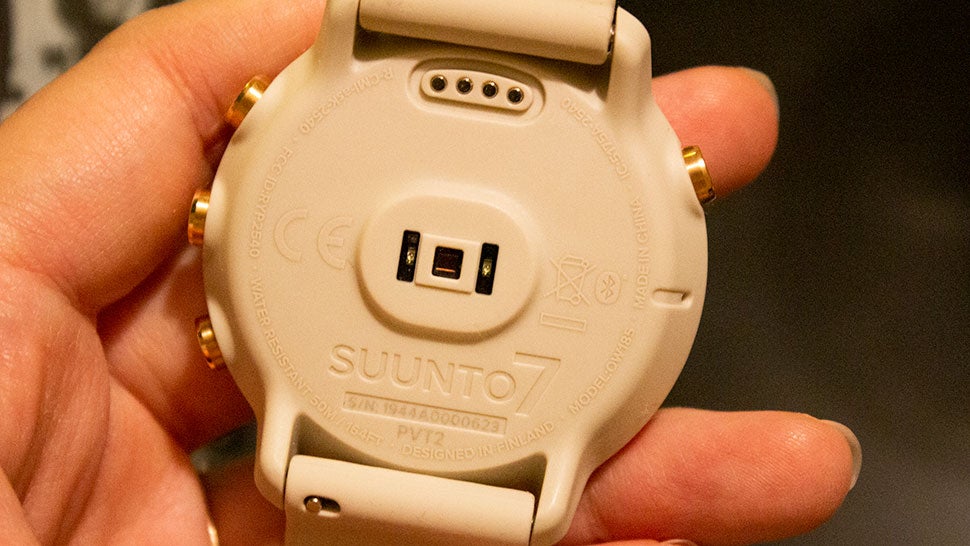 A closer look at the optical heart rate sensor on the back. You don’t get SpO2 sensors like with some more advanced fitness trackers, but the jury’s out on how useful those metrics are anyway. (Photo: Victoria Song/Gizmodo)

This watch also comes with heat maps, both in the Suunto app and as a cool watch face. That means you can see where other Suunto users in your area like to run, hike, walk, cycle, or whatever outdoor activity you like. This can be handy if you’re the type who’s at a loss for where to exercise when you’re on the road. Plus, so long as you have a good wi-fi connection, downloading offline maps onto the Suunto 7 is fast and intuitive. And while the watch is mostly geared toward outdoor enthusiasts, it does count a number of indoor options among the 70 sports and activities it tracks.

Suunto comes with its own app preloaded on top of Google Fit. You also have to download the app onto your phone to get the most out of it, so that part is a bit more inconvenient, but that’s true of most, if not all, fitness-first watches. The Suunto app isn’t quite as metric-heavy as Garmin’s or Polar’s companion apps, but you do get more insight than you would from Google Fit. In addition to the usual metrics, including duration, distance, average pace, calorie burn, and average/max heart rate, you also get data like estimated recovery time, training load, cadence, and EPOC, which is Suunto’s way of measuring an activity’s intensity. For hikers and trail runners, there’s also helpful information like ascent and descent time.

On a test run, my phone logged 5.16 miles with an average pace of 10'10". The Suunto 7 by comparison, logged 5.24 miles and an average pace of 10'04". That’s pretty solid. Sometimes you see discrepancies with split times even if overall results end up averaging out to be in the same ballpark. However, the Suunto recorded splits that were consistently about 10 seconds faster than my phone. And as far as fitness-tracking goes, consistency is much more important than hyper-accuracy. I got similar results on a shorter 3-mile run at a 10'04" pace, which the Suunto 7 logged as 3.05 miles and a pace of 10'02". 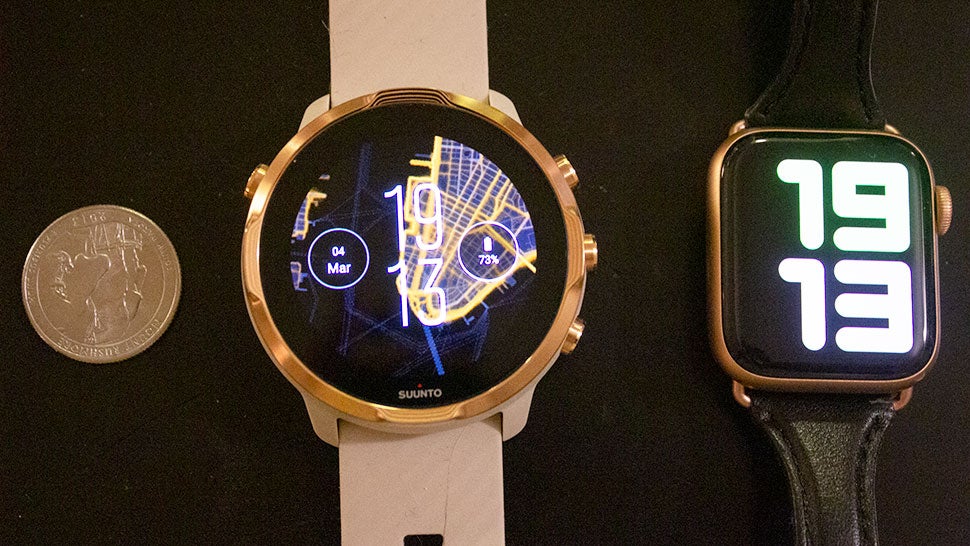 Just driving home the big-ness with a quarter for scale, plus the Apple Watch Series 5. (Photo: Victoria Song/Gizmodo)

The Suunto 7 is as accurate as any other wrist-based tracker when it comes to heart rate. It was on par with the Apple Watch Series 5, as well as the Polar H10 chest strap – both of which I wore during each test run. The Series 5 tended to underreport my metrics compared to my phone and the Suunto 7, but the difference was negligible – each device delivered consistent results. I would say the Suunto 7 is a smidge more accurate based on my testing, but not to the extent that would make a noticeable difference to anyone other than an elite athlete.

The Suunto 7 is also on par with other Wear OS watches when it comes to battery life, with an estimated two days on a single charge and 12 hours of GPS use. In real life, especially if you’re going do GPS-heavy activities, you probably get about a day’s worth. For instance, a 52-minute run with GPS zapped about 25 percent of my battery. But the watch lasted me the rest of the day once I stopped using power-intensive features. It’s nowhere near the battery life you’d get on a watch with a transflective screen or something a little less powerful – like the Fitbit Versa 2 – but it’s pretty standard for something in this category. 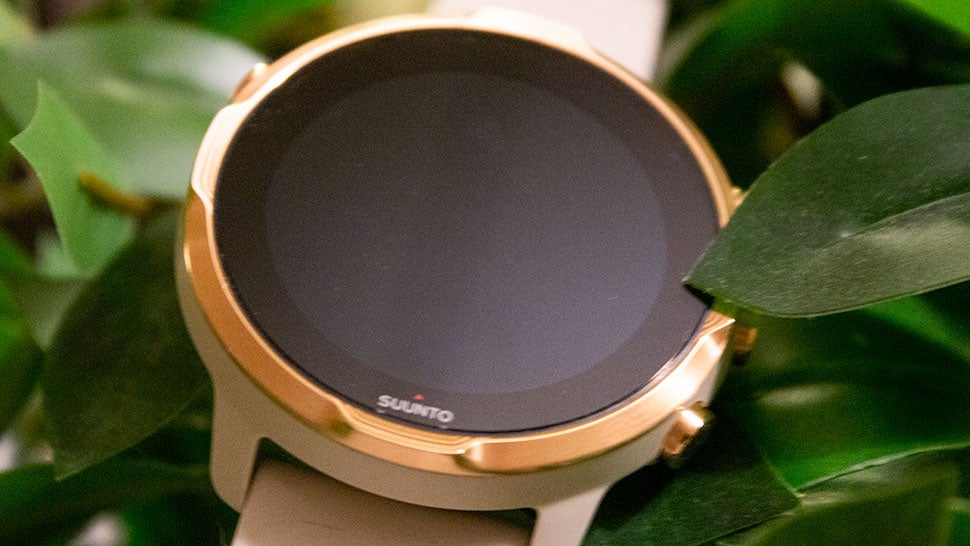 So, is this it? The mythical Wear OS watch that could bring parity to the smartwatch game? Not a chance. At £430, the Suunto 7 is priced like a fancier Garmin, which means it’s pretty much a smartwatch that only suits the most dedicated of outdoor enthusiasts. The watch offers you more advanced features in terms of tracking workouts than a Series 5, but the Apple Watch still has the edge when it comes to features like LTE connectivity, ECG capability, and other health and wellness-related features. And that’s all for the same price. Likewise, when it comes to Android-friendly watches, Samsung is going to give you a better overall experience with either the Galaxy Watch or the Galaxy Watch Active2 – also for a better price.

But, for active folks, the Suunto 7 is one of the best smartwatch options out there right now when it comes to giving you advanced features and in-depth fitness tracking. (Though, if sleep-tracking is your thing, the Suunto 7 is not ideal due to the lack of a native app, middling battery life, and large size. You can do it, but it’s not great.) If you’re looking for a Garmin or Polar alternative, the Suunto 7 is a great pick. It’s not perfect, but it is the first Wear OS watch I’ve worn in a while that I felt offered anything worth a second glance.