How to Enable WhatsApp's New Dark Mode on iOS and Android

A feature that’s long been requested on WhatsApp has finally, officially arrived.

Dark mode is starting to roll out on Android and iOS, making a feature that’s been accessible in beta available to all users. Rather than going for a stark, true black dark mode, the app instead opted for a dark grey and off-white. A spokesperson said the company found during its tests that the true black and white contrast could result in eye fatigue, and the colour scheme it went with instead is far less bright and easier to read.

To access the new dark mode feature, make sure you’re running the latest version of the app. Dark mode should automatically appear for users on iOS 13 and Android 10 if they have dark mode enabled in system settings. Users running Android 9 or below can enable the feature by heading to WhatsApp Settings, navigating to Chats, selecting Theme, and choosing Dark. 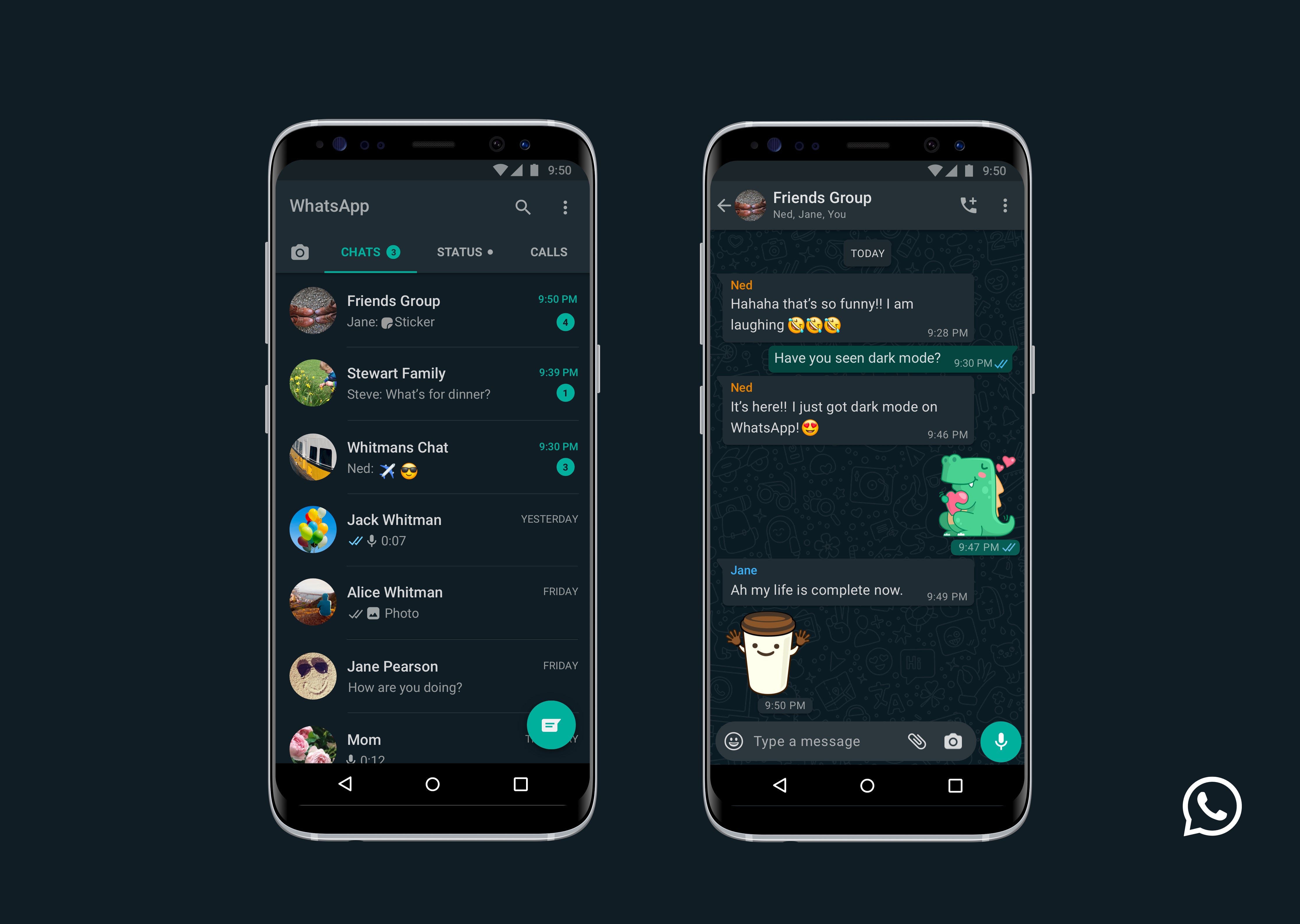 A spokesperson said the update will be rolling out “in the coming days,” so if it’s not immediately available today for you, check again later this week.

Eagle-eyed fans started to suspect that WhatsApp was gearing up to launch a dark mode after its profile icons across social media were abruptly changed to a dark grey colour. A dark mode for desktop is also expected to be on the way. When asked about a rollout timeline for that feature, a Whatsapp spokesperson told Gizmodo that the company “can’t comment on future product releases.”