An individual involved with an international expedition to study the effects of climate change in the Arctic has tested positive for the coronavirus, in a development that could interrupt this important science mission.

A team member of the expedition known as MOSAiC has tested positive for COVID-19, resulting in the quarantining of 20 other team members, reports Nature News. None of these individuals are currently stationed in the Arctic, but their absence is expected to disrupt the aerial component of the research, as all affected members are from the airborne component of the mission.

MOSAiC, or Multidisciplinary Drifting Observatory for the Study of Arctic Climate, is a massive mission that involves hundreds of researchers from 20 countries. The goal of the expedition is to study the effects of global warming on the Arctic, a region the MOSAiC researchers call the “climate kitchen” owing to the Arctic’s sensitivity to global warming. MOSAiC involves a large German icebreaker, named Polarstern, which has been locked in ice since October of last year. 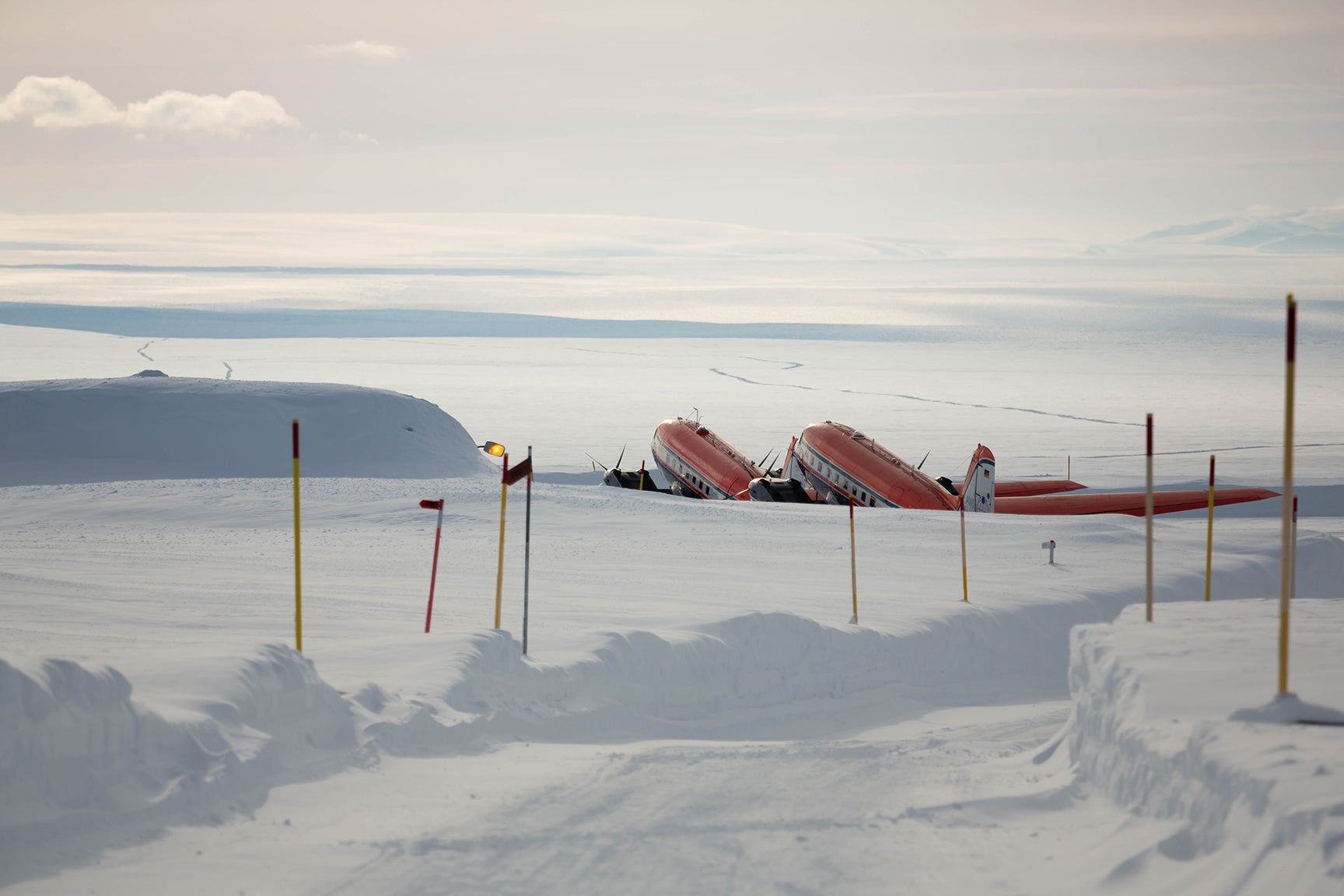 A runway built near Polarstern allows aircraft to take off and land. (Image: MOSAiC)

The Polarstern, which set sail on 20 September 2019, is scheduled to spend an entire year in the Arctic, including an unprecedented stint during the 2019-2020 Arctic winter. The $154 million (£126 million) research project is being led by Markus Rex from the Alfred Wegener Institute, Helmholtz Centre for Polar and Marine Research (AWI).

As Nature News Reports, all affected individuals are currently staying in their homes as they wait for their 14-day quarantine period to end. Flights back to the Polarstern were supposed to resume on 12 March, and this will prevent them from joining their team members in the Arctic. Nature News offers some more detail about this developing story:

To minimise the risk of exposure to the coronavirus, all team members who are scheduled to join MOSAiC...are tested for coronavirus before departing their homes for Svalbard, Norway, from where they leave for the ship. There, they are tested a second time before they are allowed to depart. The infected individual had been at a workshop in Bremerhaven on 5 March with other aircraft members; the first round of testing was done as part of this meeting.

All 20 individuals currently in quarantine and the individual with COVID-19 work for the MOSAiC aerial team. This could potentially affect the researchers’ ability to collect atmospheric data and study Arctic regions from high above. Helicopters, for example, are being used to measure the thickness of ice floes, and DC 3 polar aircraft are conducting various scientific and logistic activities above the Arctic ice floes.

The scientists are working under a tight window with Arctic winter drawing to a close. Further delays could “decrease our frequency of catching [scientific] events that we want to see,” Matthew Shupe, an atmospheric scientist at the University of Colorado and the US National Oceanic and Atmospheric Administration (NOAA), told Nature News. 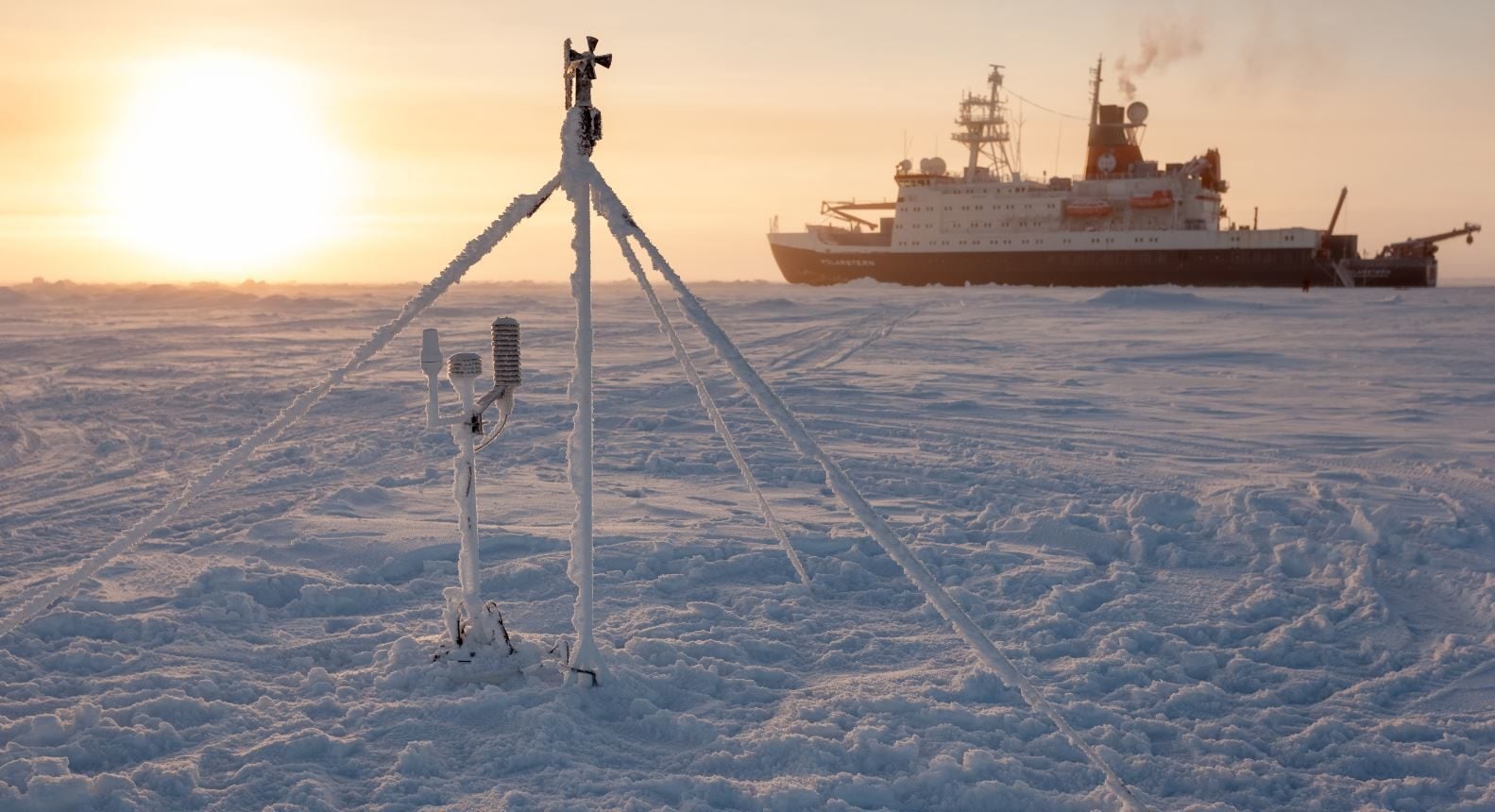 The Polarstern is currently stationed near the North Pole, where it serves as a central hub for the expedition. An ice camp consisting of several structures is stationed nearby, along with a runway for incoming and outgoing aircraft. It’s basically a temporary city built on an ice floe.

From here, the scientists have been studying the Arctic sea ice, atmosphere, and marine ecosystem (including polar bears). The researchers have already had to contend with severe weather, including winds reaching 100 kilometres per hour (60 mph), and temperatures as low as minus-32 degrees Celsius (minus-26 degrees Fahrenheit). Working in these harsh conditions, the last thing these mission members need right now is for the COVID-19 outbreak to reach the Arctic, where the disease could spread to members in the camp and those on the ship.

Indeed, as recent episodes involving cruise ships have shown, boats are like gigantic petri dishes floating on the water. Viruses spread like wildfire on ships, owing to the tight quarters and close proximity of shipmates. That 20 members of the aerial team can’t join the mission until they pass quarantine makes a lot of sense.

The mind boggles, however, at the tremendous reach exerted by this alarming pandemic, as it now threatens a team working close to the North Pole.