When Montblanc launched its Summit 2 smartwatch two years ago, the pricey device was notable for being one of the only Wear OS watches around with the next-gen Qualcomm Snapdragon Wear 3100 chip, which offered better performance than past Android watches. But the Summit 2 costs a whopping £845. Now Montblanc is back with the Summit 2+. This time, it’s adding standalone LTE connectivity, and for the privilege, it’s also hiking up the price. The Summit 2+ is $1,170 (£912; UK pricing TBA), which is, quite frankly, a little outrageous.

So who exactly is Montblanc making this smartwatch for? At a press briefing, a company spokesperson described its target demographic as a well-heeled businessperson who needs to stay connected on the go. And for that price, it’s a fair bet that anyone interested in a Montblanc smartwatch is probably not really hurting for cash.

The watch itself is quite handsome. For the Summit 2+, Montblanc opted to go slightly bigger in terms of size, increasing the case size from 42mm to 43.5mm. The watch case is pure steel and features a swappable 22mm strap. Design-wise, the Summit 2+ also comes in four finishes: black DLC steel, stainless steel, rose gold, and bronze steel. In person, they’re all quite fetching – and yes, I felt mildly richer just holding one, even as I felt it burn a metaphorical hole in my wallet. 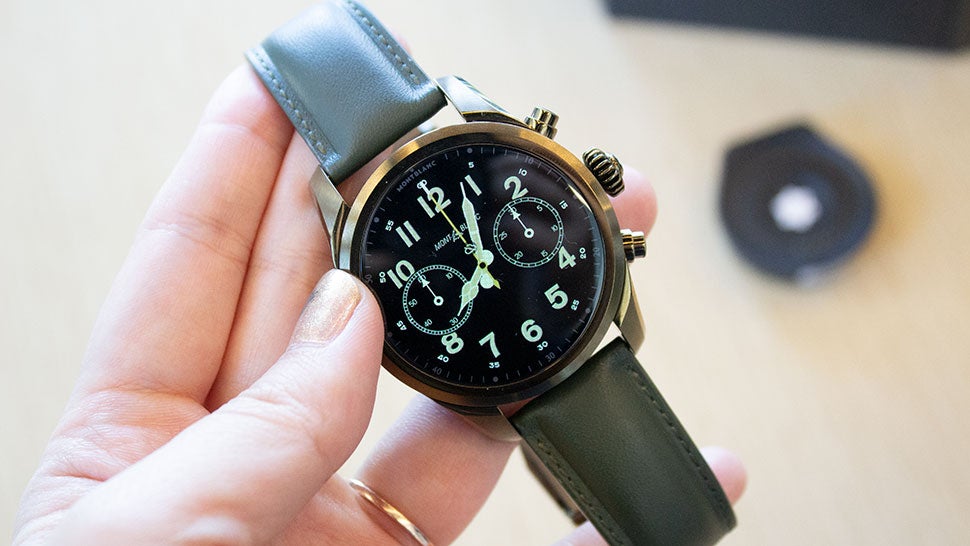 The Summit 2+ is packing the same 3100 chip as its predecessor, plus 1GB of memory. That’s about the bare minimum we like to see on Wear OS watches. But as Montblanc was keen to mention at my briefing, there aren’t many other LTE-capable Wear OS watches. In fact, it is the first luxury smartwatch with LTE. (Montblanc isn’t the first ever company to make a non-luxury LTE smartwatch by far, but other than the TicWatch Pro, we’re scratching our heads to think of a recent Wear OS version.) We’ll have to see if the 3100 chip and 1GB RAM combo can keep up with browsing over LTE.

LTE watches tend to have dismal battery life. Montblanc has said it opted for a 440mAh battery for the Summit 2+, which should provide up to 24-36 hours with LTE. Without LTE enabled, the watch is expected to last two days on a charge, and you might be able to squeeze out 3-5 days in the bare-minimum watch mode. Under the hood, the Summit 2+ also has an accelerometer, ambient light sensor, altimeter, barometer, compass, and built-in GPS.

In addition to the ability to take calls from the wrist, the Summit 2+ offers a few useful built-in apps, including Timeshifter, which provides advice on how to minimise jet lag, and a Montblanc Travel Info app, which gives relevant local traveller information and has a voice-activated translator. Montblanc says there will the watch will also offer a “refined workout coach” that can measure VO2 max and give personalised exercise tips. The company also mentioned a new app that can help measure stress levels based on heart rate. 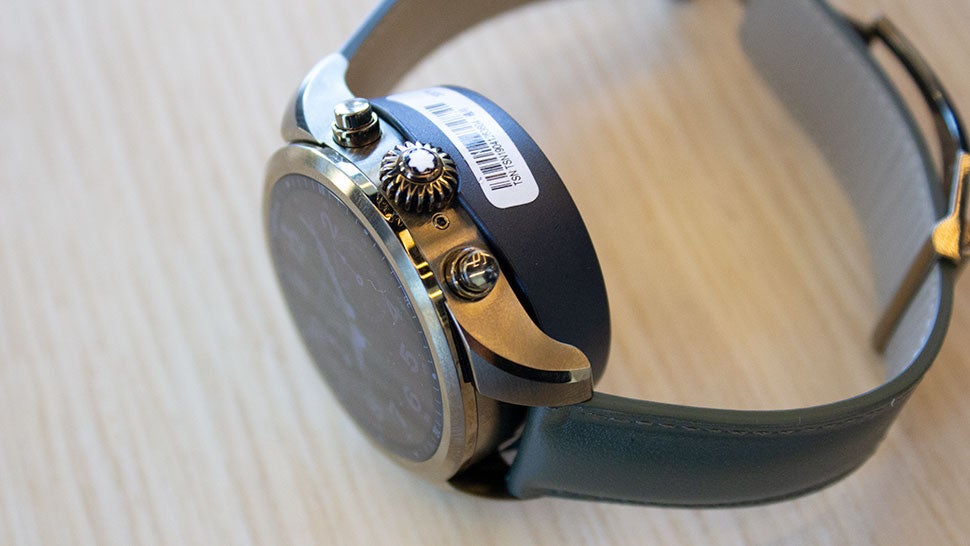 Behold, the charger which doubles as a nightstand. The Montblanc logo in the crown offers a classy touch. (Photo: Victoria Song/Gizmodo)

The Summit 2+ is far from being the most expensive watch around – remember Hublot’s $25,000 (£19,500) Bitcoin watch? But in the world of smartwatches, the Summit 2+ definitely ranks up there as one of the pricier options on the market. Sure, it’s nice that Wear OS now offers a slightly fancier LTE-capable watch than the usual Android-based options, but could we maybe get one that doesn’t cost 2.3 Apple Watches, 3.3 Samsung Galaxy Watches, 3.1 Samsung Galaxy Watch Active2s, or 3.97 TicWatch Pros?