To prepare for OSIRIS-REx’s pending touchdown onto the surface of Bennu, NASA used the spacecraft to photograph every nook and cranny of the weirdly shaped asteroid. The purpose of this exercise was to catalogue potentially hazardous geological features, but a side benefit is that we have a gorgeous new view of the asteroid’s tortured surface.

Over 2,150 images were stitched together to create this stunning mosaic image of Bennu, an asteroid currently located some 236 million kilometres (146 million miles) from Earth. OSIRIS-Rex used its PolyCam imager to snap these photos from March 7 to April 19, 2019, according to a NASA press release. 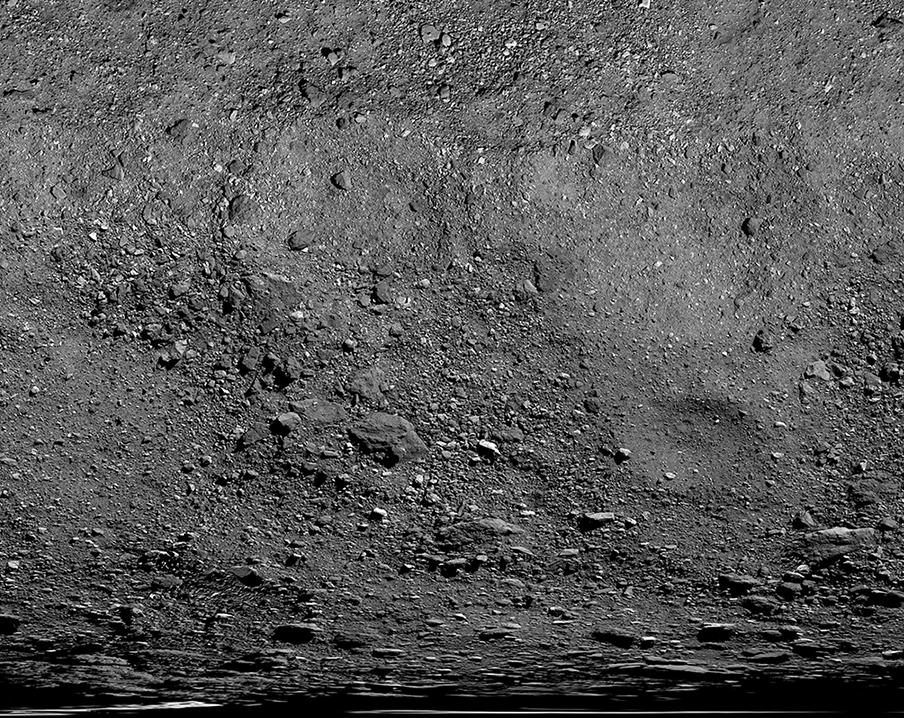 The spacecraft passed from 3.2 to 5 kilometres (2 to 3 miles) above the surface, capturing fine details and snapping images at various angles and lighting conditions. The resulting mosaic features a resolution of 5 centimetres (2 inches) per pixel, which is the “highest resolution at which a planetary body has been globally mapped,” according to NASA. Bennu measures 490 metres (1,600 feet) across, and its strange, spinning-top shape surprised scientists when OSIRIS-REx arrived at the asteroid in December 2018.

These images were taken as part of an extensive survey to map potential sample collection sites for the mission. The spacecraft is scheduled to briefly touchdown on the surface in late August, at which time it will attempt to extract surface samples. Once the mission is complete in 2021, OSIRIS-REx will head back home, bringing its cargo to Earth in September 2023. OSIRIS-REx represents NASA’s first attempt at an asteroid sample-return mission. Analysis of these materials could shed new light on what the solar system was like when it formed.

Of four shortlisted landing sites, a crater named Nightingale was chosen as the best fit for OSIRIS-REx. (Image: NASA/Goddard/University of Arizona)

These images were subsequently used to identify four potential collection sites, including a 140-metre wide (460-foot) crater dubbed “Nightingale,” the site ultimately chosen for the pending touchdown. This was not an easy process, as good landing spots are at a premium on this boulder-strewn asteroid.

The landing and sample extraction will be more difficult than NASA anticipated, forcing the space agency to reject a previous strategy in which the spacecraft would use LIDAR for navigation. Instead, mission planners will use a more precise method called Natural Feature Tracking. To work, this optical technique requires a detailed map of the surface, hence the OSIRIS-REx imaging survey done last year. 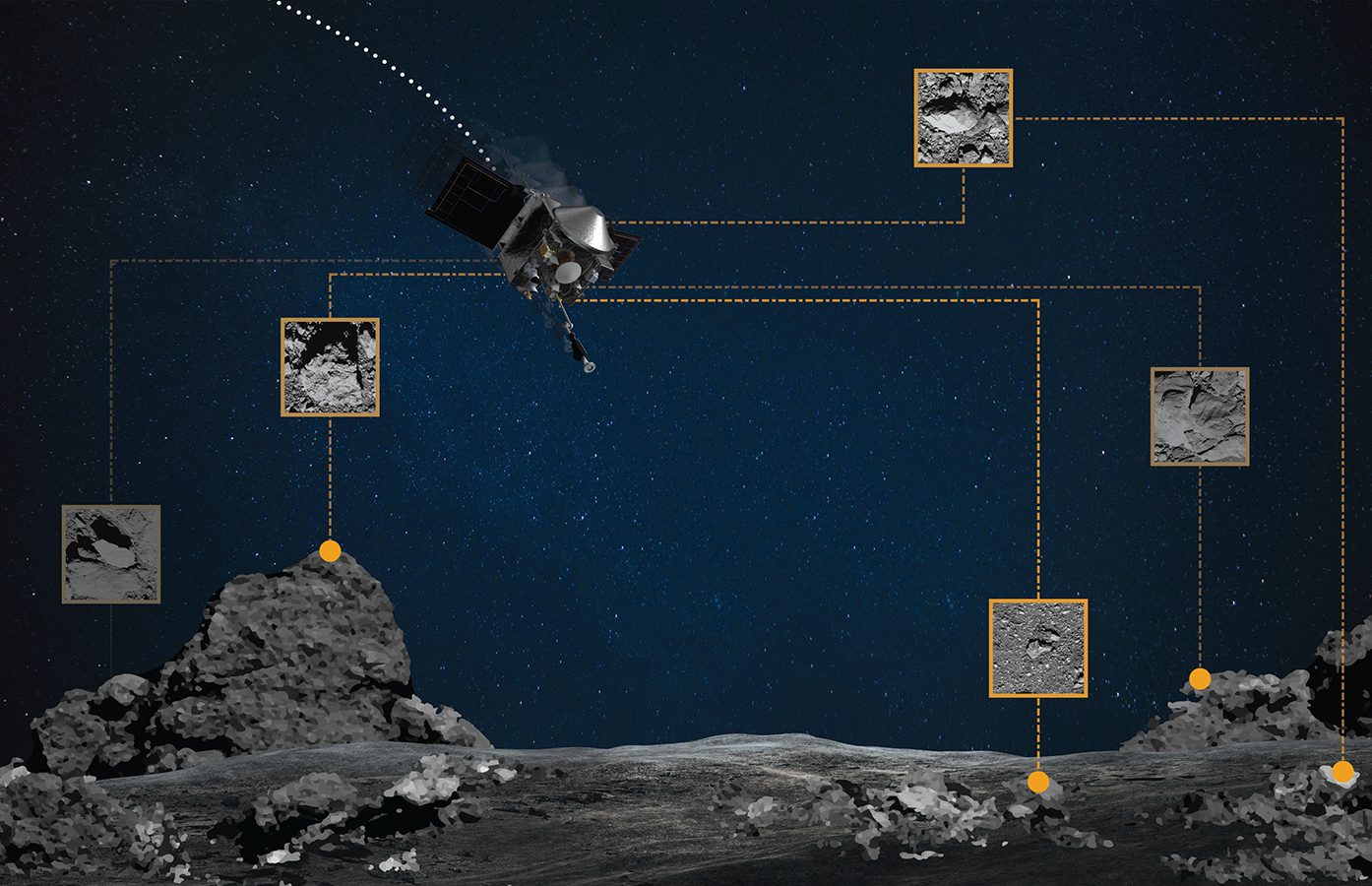 Conceptual image showing hazardous features on Bennu’s surface, which have been identified in advance of the scheduled landing. (Image: NASA/Goddard/University of Arizona)

During its descent, the probe will compare its real-time navigation images to its newly created map. As it heads toward the surface, the Natural Feature Tracking system will calculate the predicted landing spot based on OSIRIS-REx’s position and known landmarks. In addition, NASA has created a hazard map, in which the asteroid’s most dangerous features, like sharp rocks and steep cliffs, have been flagged. The system is designed to work such that, if the spacecraft’s sensors detect these hazards, it will autonomously back off. If there are no hazards, the descent will be allowed to continue.

Mission planners are preparing for a landing rehearsal in April, unless the ongoing covid-19 pandemic somehow interferes. NASA, like the rest of the world, is taking big precautions to slow the spread of the disease, resulting the temporary closure of several facilities. Thankfully, the OSIRIS-REx project is not listed among the many NASA projects currently affected by the covid-19 outbreak. Fingers crossed it’ll stay that way, as there’s not much to look forward to these days.