Perseverance Will Be the Next NASA Rover on Mars

After months of anticipation and a naming contest that involved hundreds of thousands of voters, NASA has finally settled on a name for its upcoming Mars rover: Perseverance.

The next-gen Mars 2020 rover is basically ready for launch, which is scheduled for July 2020 from Cape Canaveral Air Force Station in the US state of Florida. All that was missing was a formal name, and now we finally have it.

NASA announced the new name today at press conference, with Thomas Zurbuchen, an associate administrator at NASA’s Science Mission Directorate, declaring that “curiosity and perseverance are what exploration is all about,” with a nod to the Curiosity rover currently exploring the Martian surface.

The student credited with suggesting the name Perseverance is 7th grader Alex Mather from Lake Braddock Secondary School in Virginia. During the press conference, Mather read a short speech from his winning essay, saying humanity is bound to experience setbacks as it ventures out into space, but it’ll be “perseverance” that will see us through any hardships, adding that the “human race will always persevere into the future.”

To choose the new moniker, NASA launched a naming contest in August 2019. The response was overwhelming, with the space agency receiving more than 28,000 entries and 770,000 votes from around the world, including 509,338 from the United States. In late January, NASA whittled its list down to the following 9 names: Courage, Clarity, Endurance, Perseverance, Tenacity, Vision, Ingenuity, Promise, and Fortitude. Of these, Perseverance was chosen as the winner.

And thank goodness for that – Promise and Fortitude would have been simply awful names for a robotic explorer. 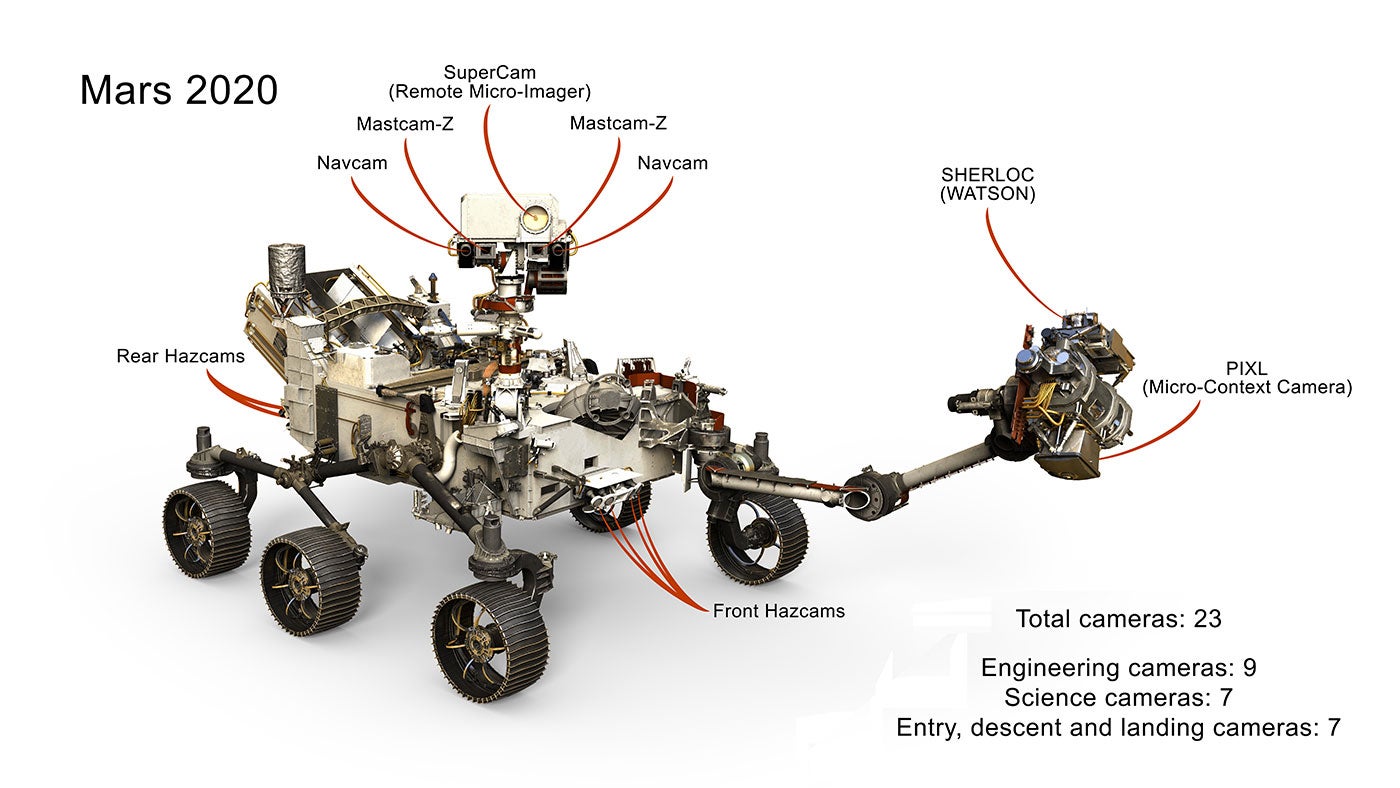 Constructed at NASA’s Jet Propulsion Laboratory in Pasadena, California, Perseverance is equipped with all sorts of new bells and whistles, including an instrument to scan the ground immediately beneath the rover, the ability to collect surface samples and place them in storage containers for later retrieval, advanced auto-navigation software, tougher wheels, and manoeuvring capabilities to prevent it from tipping over in extreme situations.

Oh, and the rover will be bringing along an aerial companion – the Mars Helicopter Scout, which will provide our first bird’s-eye view of the Martian surface.

Once at Jezero Crater, the site of an ancient lake bed, Perseverance will search for signs of prior life on Mars and perform scientific analyses of the Red Planet’s geology, atmosphere, and other natural phenomena.

The next stage of Martian exploration is about to begin, and we can finally put a name to the rover that’ll make it all possible. Godspeed, Perseverance!