Considering he’s one of pop culture’s most beloved superheroes, it’s not too surprising that there are myriad plans to bring about a vast swath of movies starring not just Spider-Man, but the large number of supporting heroes and villains that make up his own little Spider-Verse. But there are just so many happening, we thought you might like a reminder of what’s in the works.

Currently slated for a 16 July 2021 release date, this will be the third film in Jon Watts’ trilogy that re-imagined Peter Parker with actor Tom Holland and integrated him into the wider Marvel Cinematic Universe – allowing him to appear in Marvel Studios’ suite of Avengers movies and potentially other future projects. This movie will likely deal with the ramifications set up by the final moments of Far From Home, which saw Peter’s identity as Spider-Man exposed thanks to a posthumous team up by Mysterio (Jake Gyllenhaal) and the newly-returned J Jonah Jameson (played once again by J.K. Simmons, who became a definitive take on the character in Sam Raimi’s Spider-Man trilogy).

Remember that hot month or so when none of us thought this was going to happen because of a spat between Sony and Marvel that basically led to everyone crapping themselves over movie license rights? Fun times. Anyway, expect this one to have a fun, home-based title like Homecoming and Far From Home did. 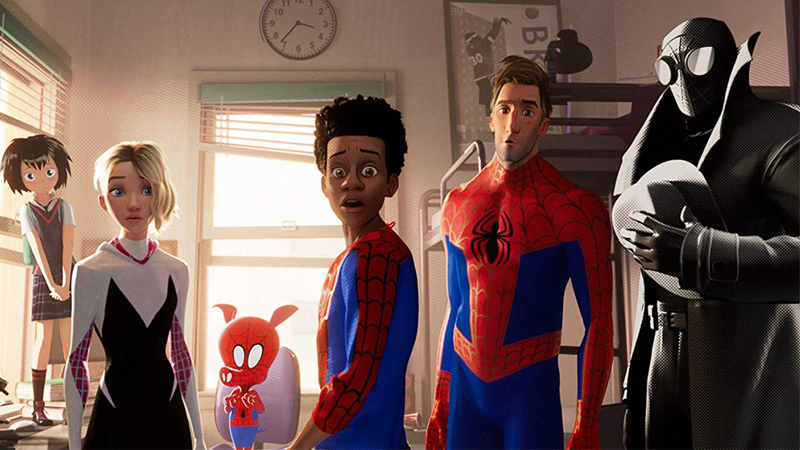 Spider-Man: Into the Spider-Verse 2

A sequel to the critically-adored, Oscar-winning animated movie was inevitable, and Sony confirmed late last year that we will be dipping back into the Spider-Verse on 8 April 2022 for another adventure with Miles Morales (Shameik Moore) and his amazing, spectacular, and occasionally ultimate Spider-friends.

We don’t know much about what the film will actually involve, but we’ve had a few hints at things going on behind the scenes. First is that Voltron: Legendary Defender’s Joaquim Dos Santos is taking over directing duties, and artist Kris Anka – known for his work at Marvel Comics (and drawing some particularly good abs) – recently announced that he will be contributing to the film. As for Spider-heroes to expect? Producer Phil Lord teased last year that the film could be graced with the presence of Toei’s legendary tokusatsu take on Spider-Man from the ‘70s. 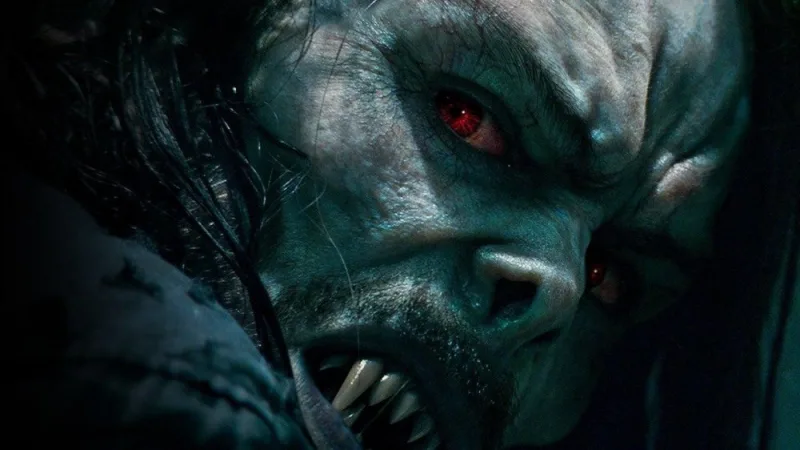 Jared Leto gets his hands on another comics character, this time jumping publishers to take on the anti-hero role of the Living Vampire, Michael Morbius. Directed by Daniel Espinosa, the movie will chart Michael’s downfall as he seeks to cure himself of a deadly blood disease, only to, well, accidentally turn himself into a vampire. Womp womp.

Aside from bringing the famous Midnight Sons leader to live-action, Morbius is set to have some very wild and weird connections to Sony’s other Spider-Man movies, with an appearance in the first trailer by Homecoming’s Vulture, played by Michael Keaton, hinting that one of Sony’s other long-simmering projects in the Spider-Verse (that we’ll get to later) may live again. Morbius is set to arrive in a few months, on 31 July. 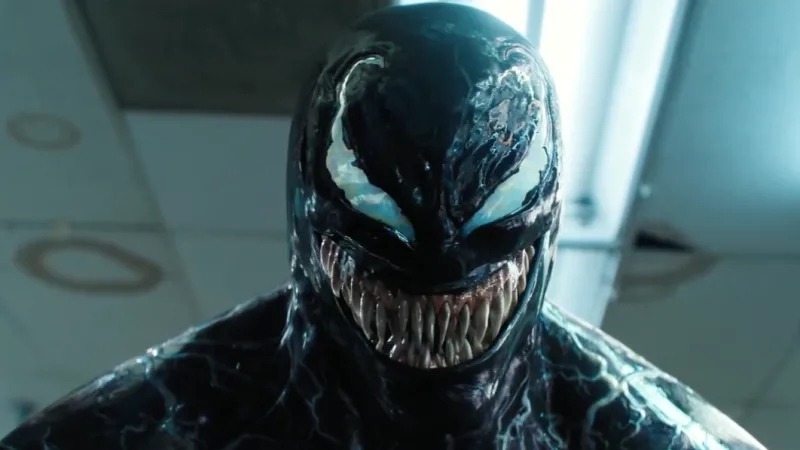 After the surprise box office success of Reuben Fleischer and Tom Hardy’s...let’s go with interesting take on the mysterious, brutal symbiote anti-hero practically all but ensured a sequel, it’s on its way. Hardy and Fleischer will both return, as will Woody Harrelson, developing his post-credits appearance in the first movie as Cletus Kasady, the eventual host of the red-streaked Carnage symbiote. We recently got a look at the un-Carnage-d version of Venom 2's Kasady and it’s a lot!

Carnage isn’t the only villain appearing in the movie, however. Mutant villainess Shriek is set to appear in Venom 2, suggesting that it will borrow elements from the famous Maximum Carnage storyline from the comics, with Naomi Harris reportedly taking on the role. Venom 2 is currently expected to be filling the slot Sony has for an “Untitled” Marvel movie slated for 2 October 2020. 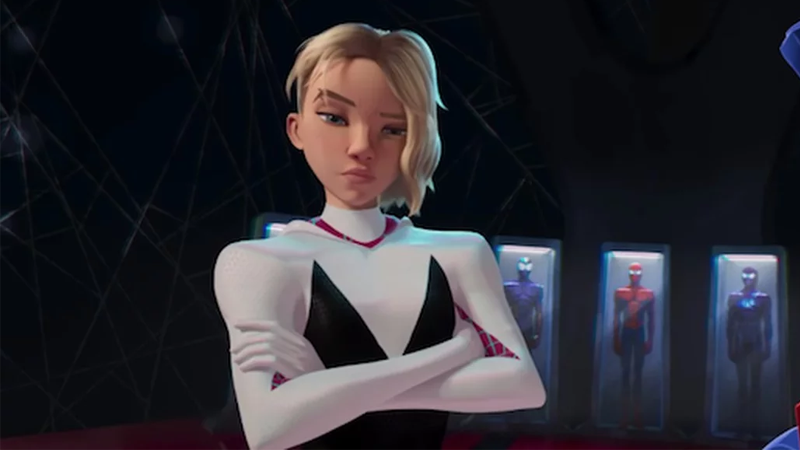 But while multiple heroes were on the cards – specifically female Spider-heroes – from the get-go, producer Amy Pascal eventually confirmed that Gwen would be joined by two prominent other heroes in the film: Cindy Moon, a.k.a. Silk, and Jessica Drew, a.k.a. the original Spider-Woman of the Marvel universe. Lauren Montgomery, Dos Santos’ co-producer on Voltron: Legendary Defender, will direct the picture. 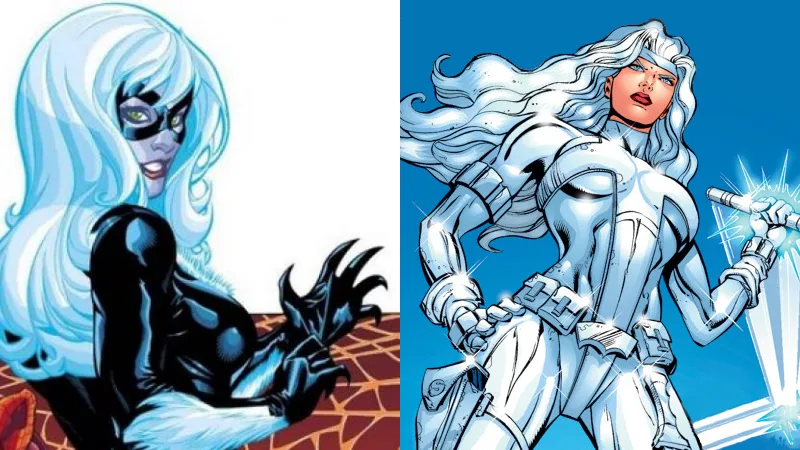 Back in the realm of live-action, this one has been in the works for a few years – with Gina Prince-Bythewood tapped to direct the project originally dubbed Silver & Black, which would have paired together two female anti-hero vigilantes, master thief Felicia Hardy (the Black Cat) and Symkarian mercenary Silver Sablinova (Silver Sable), and be set in the same universe as the Tom Holland Spider-Man movies and Venom. But the movie faced multiple setbacks as Sony kept iterating on its Spider-Man movie universe plans (it was originally set to come out in February last year).

Now, it has a much different future. Silver & Black itself is no more, but out of its ashes, two standalone movies for Felicia and Silver have arisen. Black Cat will be produced by Prince-Bythewood, but likely not directed by her, and currently no forward movement beyond its existence has been made for Silver Sable. 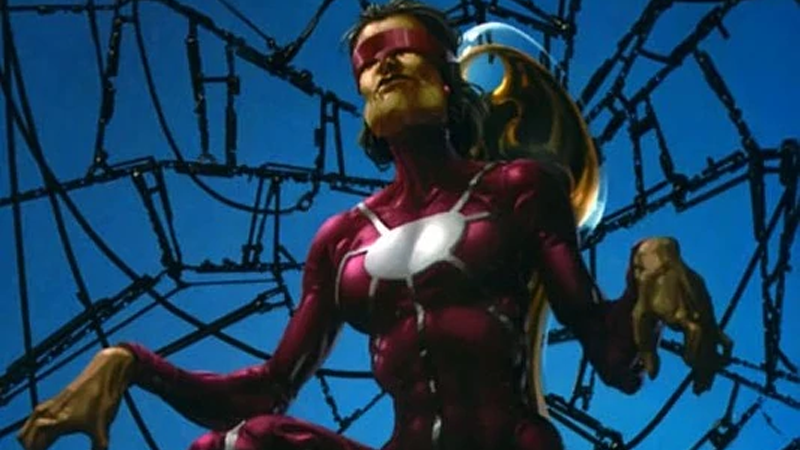 Initially rumoured to be a part of the animated Spider-Women project, Cassandra Webb – the psychic guardian of the Web of Life and Destiny, the transdimensional gateway that binds together the multiverse of Spider-heroes – is instead getting her own feature film.

Not much more is known at this point (including whether or not it would be an animated tie-in to Spider-Women or be its own live-action thing), other than the fact that Morbius screenwriters Matt Sazama and Burk Sharpless were hired to write the script after their work on bringing the Living Vampire to, well, life. 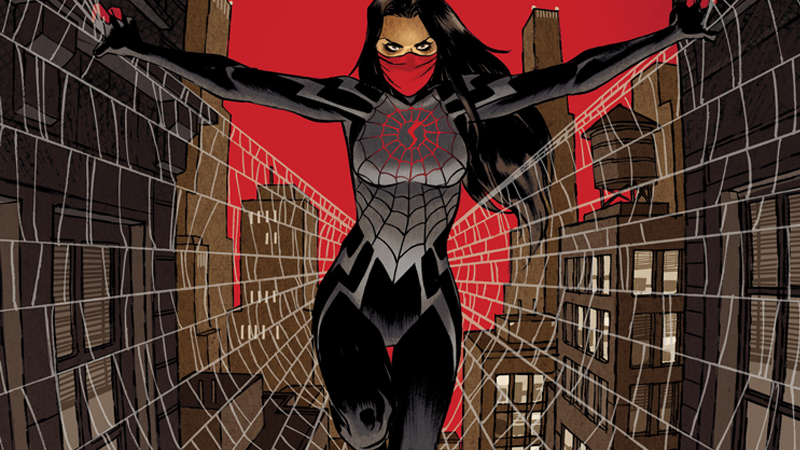 Speaking of differentiation between live-action and animation! Just before it was confirmed Cindy Moon would be joining her animated cohorts in Spider-Women, the Korean-American hero was also confirmed to be getting a live-action solo film. Cindy got off to an infamous start in the comics when it was revealed that she was a classmate of Peter’s who also managed to be bitten by the same radioactive spider that bit him before it died, and was kept in secret isolation to avoid bringing about a pan-dimensional race of vampiric, spider-hero-eating monsters intent on wiping the multiverse clean of all things spider-being.

No further details have been announced, beyond the clarification that Silk and Cindy’s appearance in Spider-Women are unrelated, separate endeavours to bring the character to the big screen. 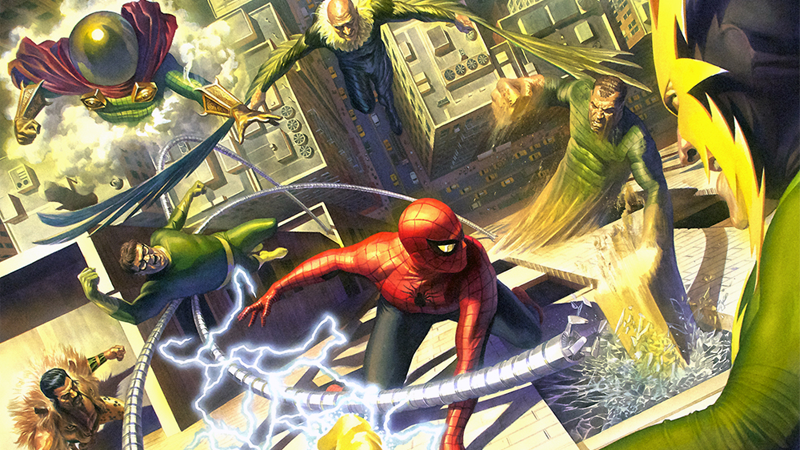 Sony has been dreaming of a Sinister Six project pretty much ever since it started dreaming about a Spider-Man cinematic universe of its own a few years ago – and even earlier, back when Sony thought the Amazing Spider-Man franchise would continue to be a thing.

Originally envisioned as an idea that would see the Tom Holland/Jon Watts Spider-Man movies work in tandem with connected standalone movie projects (more on that in a second) before culminating in one team-up movie, The Sinister Six has been put on and off the backburner a few times, even as the Holland films have integrated iconic characters like the Vulture and Mysterio to potentially set up such a coming together. Now, it seems they’re back on, if only because of the teases present in Morbius about finally pushing some of these sinister characters together. 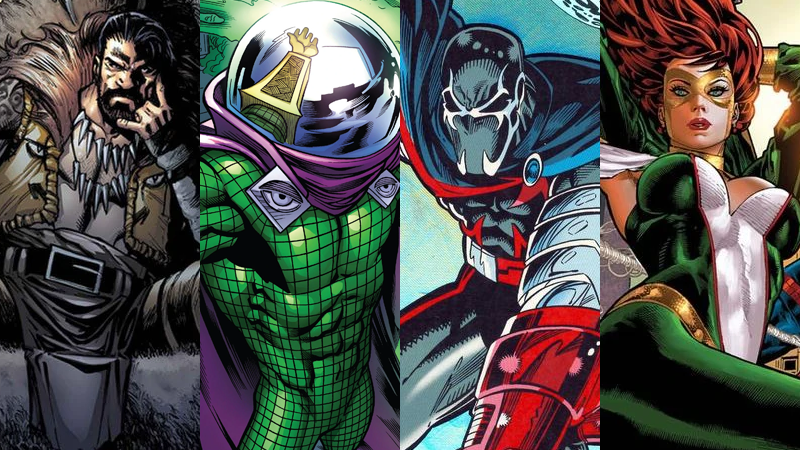 Now we’re truly in the wilderness. Some of these ideas have been batting around for a few years now, but with so little movement it’s hard to tell if they’re simmering in the background or completely dead. Kraven and Mysterio, for example, were the two “Sinister Six” standalones originally floated by Sony, but with Mysterio’s arrival (and seeming death) in Far From Home, a solo project for the illusory villain seems unlikely at this point. Kraven, at least, had some progress, with screenwriter Richard Wenk tapped to script. As of 2018, the movie was still in the works, with Wenks revealing his plans to adapt the iconic Kraven storyline The Last Hunt, and with Spider-Man appearing in the film to do so.

The films surrounding Nightwatch – a low-tier hero who’s perhaps best known for basically looking like Todd McFarlane’s Spawn – and Jackpot – a female heroine best known for the original incarnation, Sara Ehret, literally selling the Jackpot alter-ego to Alana Jobson, who teamed up with Spider-Man and pretended to have a crush on him to hide her sexuality! – are way more nebulous. Nightwatch was first rumoured in 2017, with Edward Ricourt allegedly writing a script Sony wanted Spike Lee to direct. Luke Cage’s Cheo Hodari Coker was then attached to produce, but the last news on the movie’s existence was Lee himself categorically denying his involvement with the project.

Meanwhile, on the Jackpot front there’s...uh, nothing really, other than as of August 2018, Sony was looking for a writer to potentially bring the character to life. Since then, no updates on whether or not it is still a part of Sony’s Spider-plans.

Unless it happens to be, uh, this? This week brought us the addition of another new movie in the Spider-Verse, to be penned by Amazing Spider-Man 2 and Star Trek reboot co-writer Roberto Orci. No details were made clear about the rumour, first reported by the Wrap, so it’s hard to say if it is a new addition or Orci taking over writing duties on a project like Nightwatch or Jackpot.

Maybe we’ll find out someday soon, or, like many other cinematic Spider-Verse projects, it slinks off the edge of the web unseen for a good while yet.