This Building Block Waffle Maker is Like Eating Lego for Breakfast

Beating Lego to the punch, a clever inventor wants to turn breakfast into not only the most important meal of the day, but the most entertaining one as well with a waffle maker that makes fluffy, edible interlocking blocks for building syrup-soaked structures.

We’ll get the bad news out of the way first: the Building Brick Waffle Maker isn’t a gadget you can buy just yet, its creators are bringing it to life through a Kickstarter crowdfunding campaign that’s already raised well over its modest £6,021 funding goal. There’s always a risk when backing crowdfunded products, but it looks like the waffle maker already exists as fully functional prototypes, and its creators are simply looking for enough money to fund the first official production run of the appliance.

Using the Building Brick Waffle Maker is no different to using ones that make boring round waffles: you cover the bottom cooking plate in batter, close the lid, and then patiently wait until breakfast is ready. The unique design of the plates automatically produces three different sizes of pre-cut waffle pieces complete with studs on top and tubes on the bottom so they interlock allowing towering but hopefully stable structures to be assembled. There are even optional, swappable construction plates for cooking up a stud-covered waffle base that promises to add even more stability to your creations. 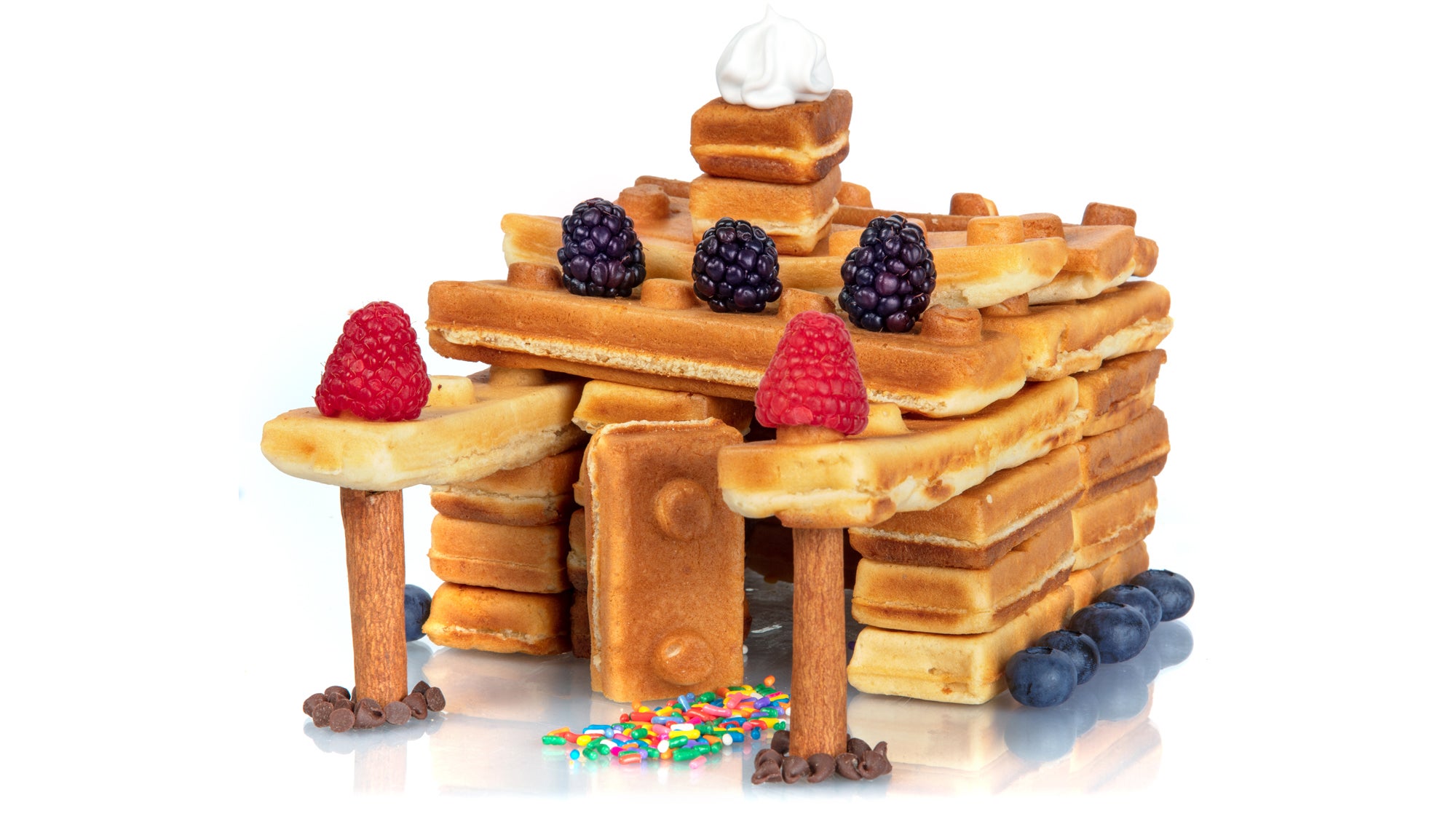 How have I not been eating this for breakfast my entire life? Photo: Kickstarter

You can’t buy the Building Brick Waffle Maker outright just yet, but you can pre-order it through Kickstarter. The cheapest option gets you the waffle maker and the building brick plates for £41, but for £61 they’ll include a set of the swappable construction plates. Delivery is expected sometime in August of this year, but with all going on in the world right now there’s a very good chance that could be delayed.