The Apollo programme was a stunning technological feat, but, with the 50th anniversary of Apollo 13 just having passed, we’re reminded of the tremendous risks involved and why humans shouldn’t return to the Moon in haste.

Neil Armstrong’s giant leap for mankind remains a pinnacle achievement, but it came at a cost. On 17 January 1967, a cabin fire during a launch rehearsal resulted in the deaths of NASA astronauts Gus Grissom, Ed White, and Roger Chaffee. The failed practice session was posthumously dubbed Apollo 1, in what was an appalling start to the lunar programme.

Looking back, it’s no small miracle that these three deaths were the only ones directly attributed to the Apollo programme, but NASA danced on a perpetual razor’s edge.

Apollo 11 – the first of six successful missions to the Moon – nearly ended in disaster when the crew’s Eagle lunar module almost ran out of fuel during its descent. During the launch of Apollo 12, the Saturn V rocket was struck by lightning, not once but twice, causing the onboard guidance, navigation, and control system to temporarily go offline.

On 13 April 1970, as Apollo 13 crew members Jim Lovell, Fred Haise, and Jack Swigert ventured toward the Moon, an oxygen tank in their Service Module exploded. This was a “problem,” as Lovell nonchalantly pointed out, and it quickly became apparent that the mission had lost its main source of oxygen, water, and electrical power. Thanks to the crew’s heroic improvising, support from ground teams, and a hefty dose of good fortune, the astronauts returned to Earth safely on 17 April.

The Apollo missions had a definite wing-and-prayer aspect to them, but the mentality was different back then, of course, as the United States was embroiled in a space race with the Soviet Union. There was a real sense of urgency to the Apollo programme, as the next important frontier had suddenly become reachable. 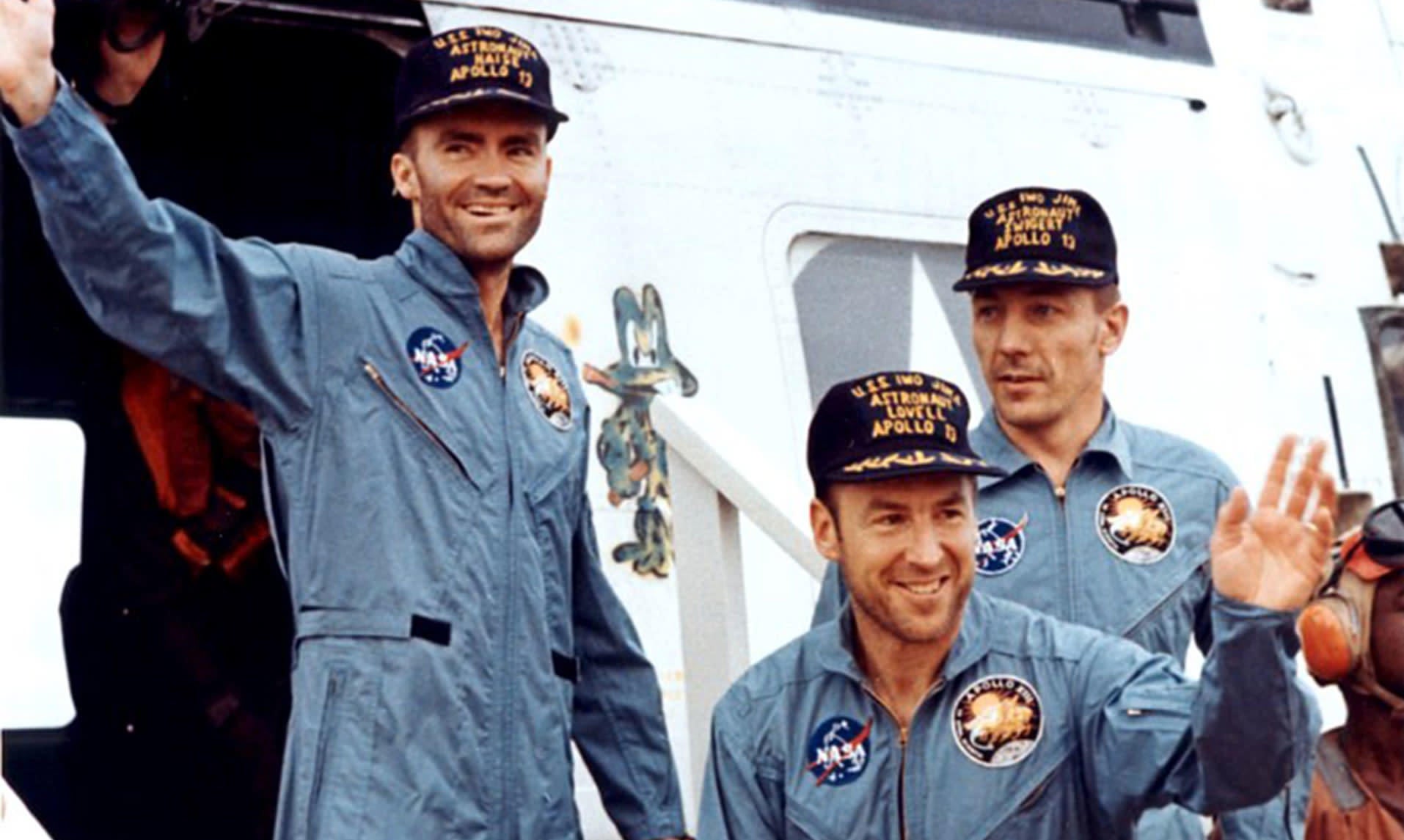 The Apollo 13 crew back on Earth. (Image: NASA)

Which brings us to today. The space race certainly isn’t what it used to be, with private companies now in the mix and much of space travel being carried out by robots, but NASA is currently having to deal with an unreasonably aggressive timeline for returning humans to the Moon. In March 2019, US Vice President Mike Pence, on behalf of President Donald Trump, told the space agency it had to deposit American astronauts onto the lunar regolith by 2024, not 2028 as initially planned.

Artemis, as this programme is called, will most certainly be a rush job if America's current presidential administration has its way (for reasons that appear entirely selfish: Trump wants credit for a Moon landing). While space travel is an inherently risky endeavour, Artemis shouldn’t suffer the loss of life that Apollo did. A 2028 deadline would allow NASA to make Artemis as safe – and worthwhile – as possible.

The accelerated timeline is making it more likely that simpler and not necessarily safer solutions will be drawn up for Artemis, along with a limited window for testing and refinement.

Trump’s pseudo-urgency will put lives at risk. Critics may argue that a lunar mission sets the stage for a crewed trip to Mars, which it most certainly would, but we also have to seriously ask ourselves why humans need to be sent to Mars in the first place.

There’s no question that Artemis will be safer than Apollo, but that doesn’t mean the next sojourn on the Moon won’t be dangerous. Many of the technologies slated for the upcoming mission, a hefty portion of which don’t yet exist, will be put in use for the first time. Same for mission protocols, procedures, and the like. In a way, the US is having to reinvent its way back to the Moon, as no human has been there since Apollo 17 in 1972. 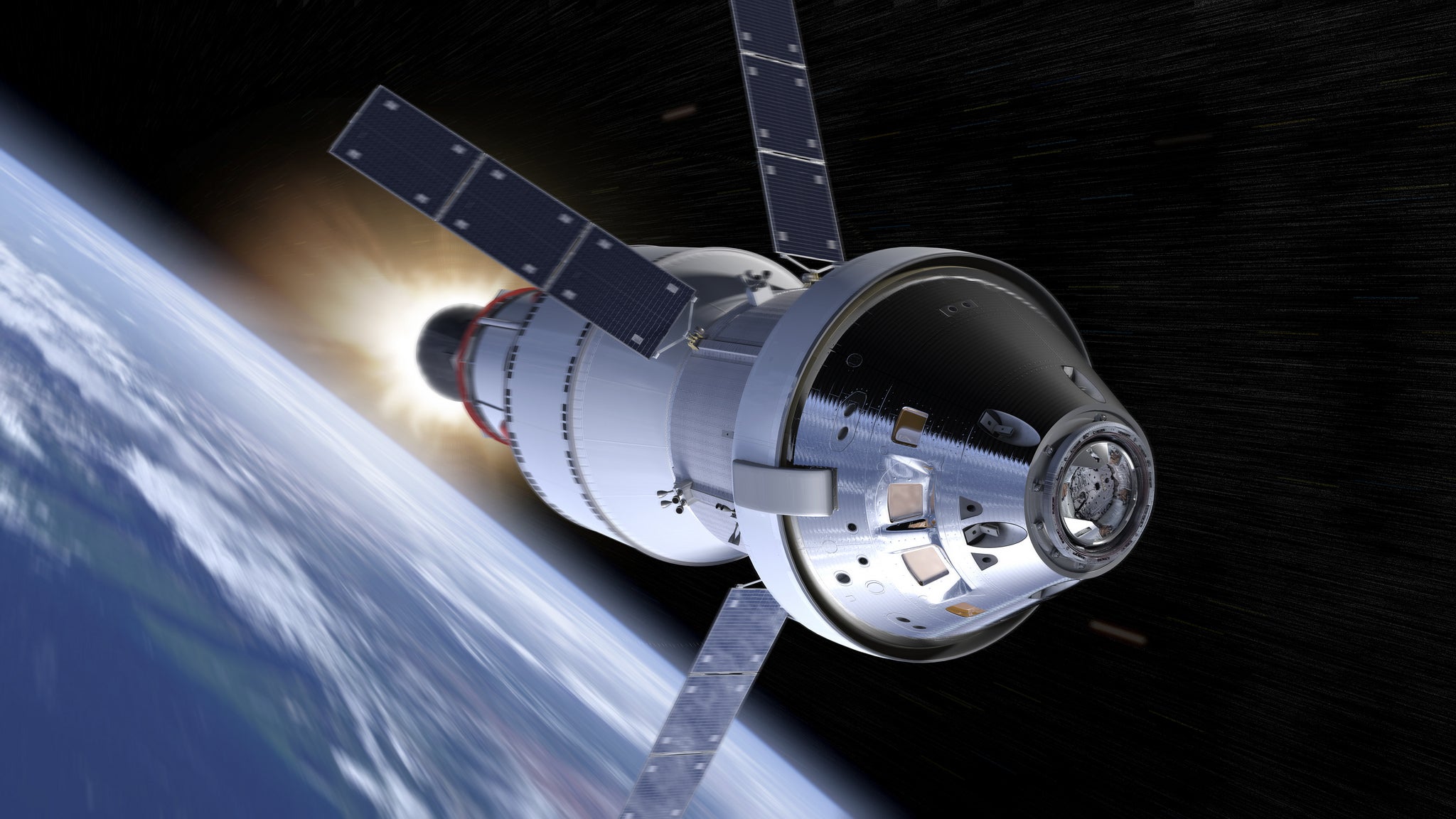 Conceptual image of the Orion spacecraft, which will deliver astronauts to the Moon. (Image: NASA)

Thankfully, it appears that NASA and its private sector partners have acquired a low tolerance for risk.

In May 2019, for example, a parachute test for the SpaceX Crew Dragon capsule (which will be used to deliver astronauts to the ISS, not the Moon) resulted in a mock-up of the vehicle smashing into the ground at “a higher than expected velocity.” The interesting thing about this failed exercise is that it was designed to test an already non-ideal scenario, in which one of four parachutes failed to deploy. These risk tolerances were unheard of during the Apollo era and are a major reason why it now takes so long to develop systems destined for space.

Orion, the spacecraft that will transport astronauts to the Moon, is likewise going through extensive testing. Most recently, the spacecraft was placed inside a vacuum chamber and subjected to all sorts of indignities, including exposure to extreme low temperatures hovering between -250 and -200 degrees Fahrenheit (-157 and -129 degrees Celsius), along with bursts of electromagnetic interference. Orion as a concept has been around since 2004, and various versions have been tested for about a decade, so this isn’t a spur-of-the-moment asset.

Astronauts and tech developers also have access to tools that Apollo teams could only dream of. The European Space Agency, for example, is using highly detailed simulations of the Apollo 15 mission for training purposes and to provide a testing platform for newly developed technologies. At the same time, data collected by NASA’s Lunar Reconnaissance Orbiter and other satellites is being used to create detailed maps of the lunar surface. This will allow for autonomous systems capable of avoiding treacherous terrain when sourcing suitable landing spots, as an example.

“Our biggest advantage and my biggest worry are all centred around the same area,” said Joseph W. Dyer, a retired United States Navy vice admiral who chaired NASA’s Aerospace Safety Advisory Panel from 2003 to 2016.

Spacecraft can now perform many tasks autonomously, but in the complex software code, “Errors find their way in and sometimes they’re catastrophic,” Mr. Dyer said. “The bottom line is, with great capability comes great complexity.”

That pitfall popped up during last December’s uncrewed test of Boeing’s Starliner spacecraft, designed to take NASA astronauts to and from the International Space Station. Inadequate testing missed at least two serious software errors that led to the mission ending early and not accomplishing its main objective: docking at the space station.

In addition to the Boeing Starliner mishap, there’s the ExoMars Schiaparelli lander to consider, which crashed onto the Martian surface in 2016 on account of a software glitch. Computer tech is vital but also fragile.

Artemis will involve two key components, the aforementioned Orion spacecraft, which exists, and NASA’s Space Launch System (SLS), which does not exist. Fair to say, not having the rocket that will get you to the Moon is a fairly significant limitation. The first test of SLS won’t happen until the back half of 2021, which is cutting it pretty close for a 2024 Moon landing. This rocket was supposed to be ready in 2017, and its many delays represent a serious embarrassment for the US space agency.

As a relevant aside, the US hasn’t been able to independently launch astronauts from American soil since the retirement of the Space Shuttle Program in 2011. Yet it's less than four years away from an apparent Moon mission. 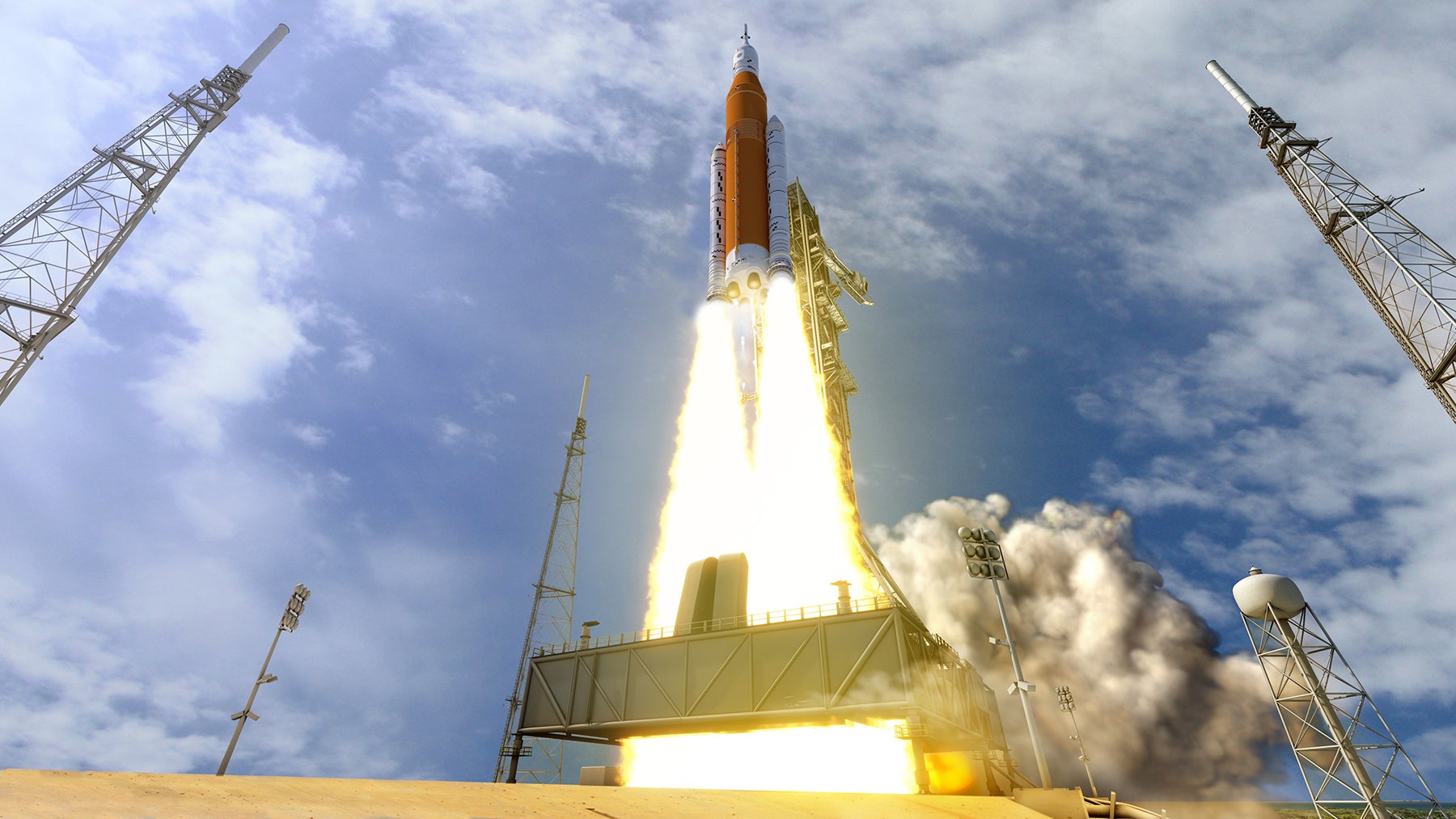 Orion and SLS represent the known pieces of Artemis, but we haven’t yet been acquainted with the other important components, most critically the Artemis lunar lander, which NASA is outsourcing to private partners. Boeing and Blue Origin are currently working on their designs, but any solution for a lunar lander at this stage will be cutting it close.

The rush job that was Apollo is nipping at NASA's heels – and for no justifiable reason. The accelerated timeline is making it more likely that simpler and not necessarily safer solutions will be drawn up for Artemis, along with a limited window for testing and refinement.

Oh, in case you’re wondering about the Lunar Gateway system, that’s been postponed, so it won’t be available for the first Artemis mission. A permanent outpost in orbit around the Moon would’ve been handy, but the concept presented a host of complications and risks to the mission, including delicate and dangerous docking and deployment scenarios.

One reason why the Lunar Gateway was postponed had to do with cost, which brings up yet another major issue, if not the major issue: money.

Last year, NASA said it would need an additional $25 billion (£20 billion) over the next 5 years to make Artemis happen by 2024, which represents an added $4 billion (£3 billion) to $5 billion (£4 billion) to its annual budget. It’s not immediately clear if the US Congress will cede those funds, especially given no rational reason for the accelerated timeline.

And that was before the covid-19 pandemic, which is poised to plunge the world into a major recession, if not depression. Regardless, Congress has already said it would rather see Artemis happen in 2028 and land humans on Mars by 2033.

A mission to the Moon by 2024 seems increasingly unlikely with each passing day. Should it happen by this expected date, however, NASA will once again be treading in Apollo 13 territory.