A team of astronomers shocked the world back in 2016 when they revealed evidence of an Earth-sized exoplanet in the habitable zone of our nearest stellar neighbour, a star called Proxima Centauri. Scientists are hunting for a second planet in this system – and maybe, maybe, they’ve found something.

A team of researchers led by Raffaelle Gratton at the INAF - Astronomical Observatory of Padua are reporting the results of a search for this second planet, using images obtained by the SPHERE instrument on the Very Large Telescope in Chile. They detected some signal unlikely to be caused by random noise alone, though they’re blunt about their results, as per their abstract: “we did not obtain a clear detection.” They hope that more observations will soon confirm or rule out the signal.

“What we are looking at is essentially a spot,” Gratton explained to Gizmodo. “It’s more or less the same as when you look at a planet of the solar system illuminated by the Sun, it reflects the light of the Sun and we see that. But this object is not near the Sun. It’s near another star, and this makes things much more difficult, because it is very far from us and very close to the star.”

Scientists have long speculated about the possibility of other planets around Proxima Centauri. But this past January, astronomers led by INAF-Astrophysical Observatory of Turin astronomer Mario Damasso first spotted evidence of a second exoplanet. The starlight seemed to contain a periodic signal demonstrating a change in the star’s velocity, possibly from the gravitational influence of a second planet much farther away from the star than the first – around 1.48 AU, or around 1.48 times the average distance between Earth and the Sun. Damasso joined Gratton’s team, and the group dug into images taken by the Very Large Telescope during a four-year exoplanet survey called SHINE. 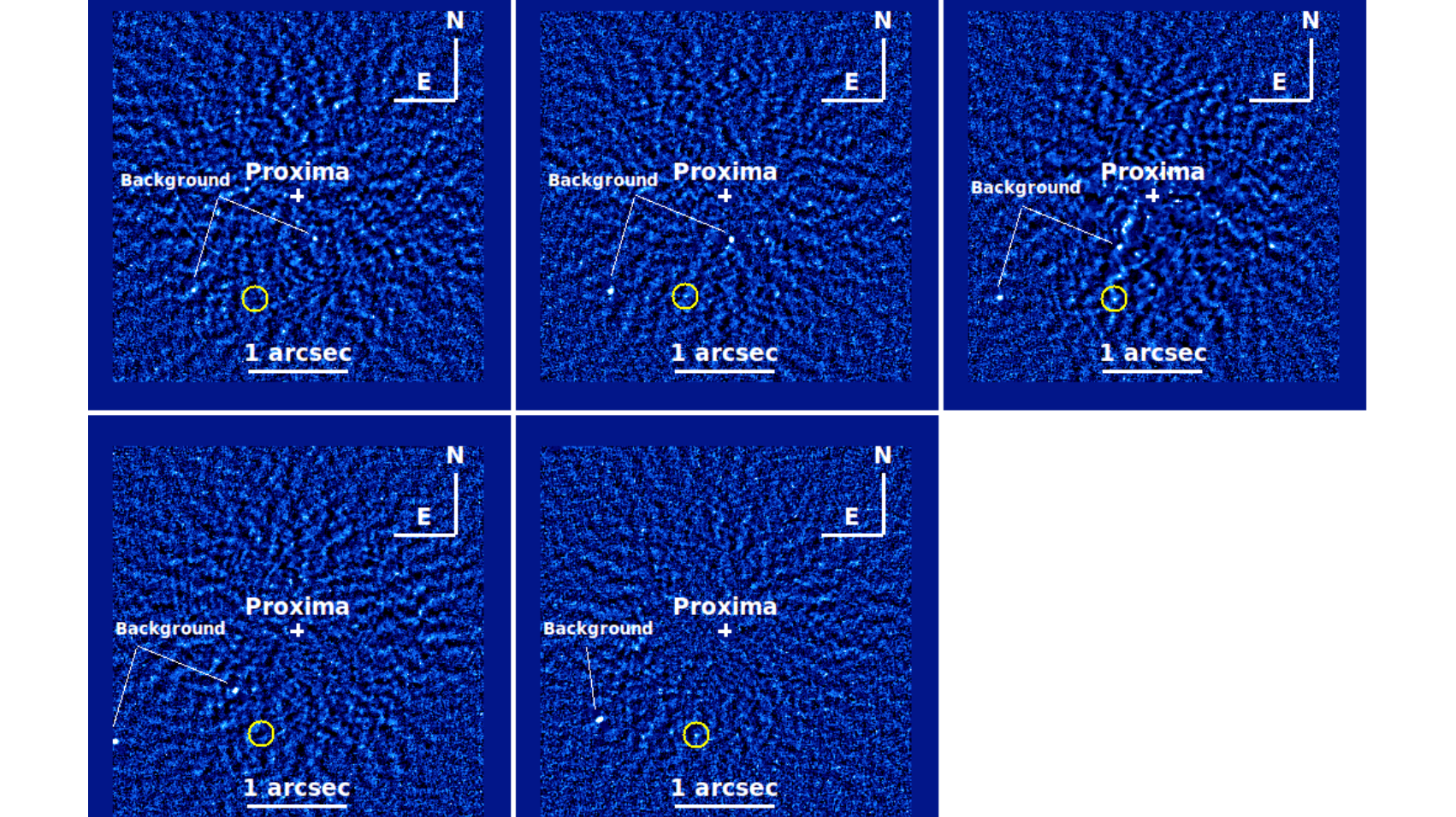 The analysis attempted to separate what could be a signal from the noise of background stars. And there was some evidence of a signal – certainly not enough evidence to be a detection, but a speck of light whose behaviour seemed unlikely to have come from noise alone. If the speck were a planet, it would be 7.2 or 8.6 times the mass of Earth, depending on how they interpreted the data. They even speculated, based on their calculations, that such a planet could have had a system of rings or dust clouds surrounding it, according to the paper to be published in Astronomy and Astrophysics, which we noticed thanks to a tweet by Lee Billings.

Alycia Weinberger, Carnegie Institute of Washington astronomer who was not part of the study, told Gizmodo it isn’t yet time to get too excited. She called the paper a valiant effort but said she had some reservations about how the team calculated their signal-to-noise ratios. There are also still potential background sources in some of the source data that the team used for comparison.

Meanwhile, both Weinberger and Meredith MacGregor, assistant professor at the University of Colorado Boulder who was not involved in the study, pointed out that the analysis relies on evidence of the presence of a dust disk around Proxima Centauri. However, more recent observations from the ALMA observatory in Chile failed to find any evidence of that disk. Therefore, MacGregor told Gizmodo in an email, she was very sceptical of the result.

Guillem Anglada-Escudé, another astronomer not involved in the study who led the team that discovered the first planet around Proxima, told Gizmodo that he liked the study but stressed the preliminary nature of the work. He was excited about the potential for follow-up observation. “These were survey images that were not necessarily optimised for this target in particular,” he told Gizmodo. In principle, if observatories resume operations, a targeted observation could confirm or refute the presence of the planet.

Gratton stressed that this is not an announcement of a discovery; it’s just the outcome of an analysis that neither confirms nor rules out the existence of another planet. But with more analysis, we may have an answer soon.